a funky ride with rob d.

I have wanted to revisit the work of Rob Dunlavey with another grade since doing a project based on his work with 2nd graders earlier in the year. I finally actually did.

I gave the kindergarten students a peek into his imaginary world of pointy people and crystal cities today. They were immediately engaged by these inventive people and places. Rob creates these worlds with a lot of geometric shapes and patterns. There is a rich complexity to many of the buildings he makes, but he uses  a simple vocabulary of shape and line that even young kids can understand and experiment with.

After viewing some people, places, and machines, the kids and I got started making some of our own. We combined a couple images of vehicles Rob did with landscapes that used geometric shapes that were inspired by his crystal city drawings. 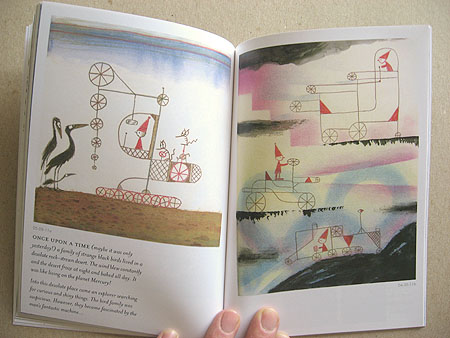 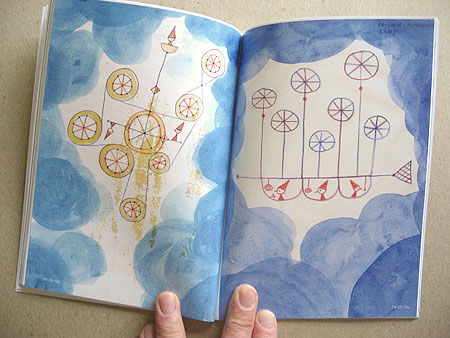 There was a fair bit of direct instruction in the vehicle drawing, but I did give students room for originality in shape choice. When we got to the landscape portion, I modeled some possibilities, but the students were free to include whatever they wished as long as it was small and used geometric shapes.

The landscape portion was a good re-emphasis on creating 3d space in art. We made things small so they looked far away. We the same thing with the Justion Skeesuck beach scenes last week.

When students finished drawing, they traced their lines and then added color "neatly and carefully" to their images. 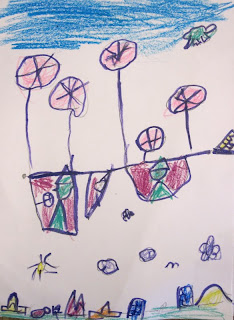 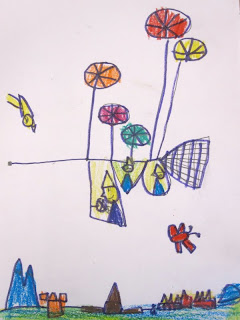 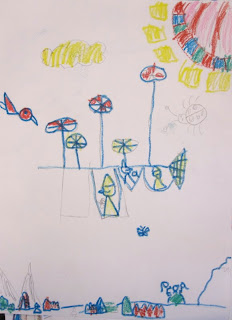 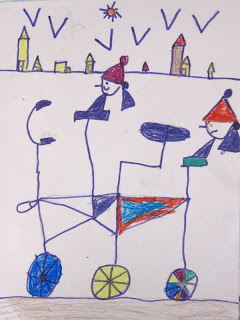 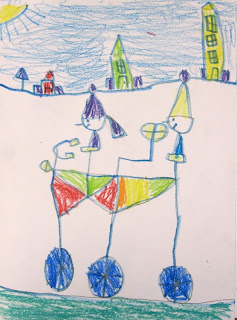