The 1st graders made a still life project based on Audrey Flack's when we last met before winter break a month ago. I thought it would be good to revisit this subject in art since it had been so long.

This time we looked at the work of Stephanie Levy. She was born in the states but now lives over in Germany with her family. She is a painter and illustrator who creates images of room interiors. Often times, these interiors contain a still life. Sometimes she even makes more than one still life in the same image. I like how she uses found and drawn patterns to create interest in the negative spaces in her designs. It reminds me of what I do in my own work sometimes:) 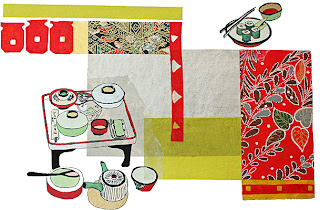 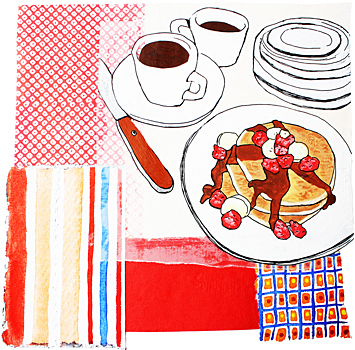 The kids and I revisited what makes a still life and then identified some in images from Stephanie's website. We identified her use of pattern, too.

I didn't want to turn this into a collage lesson, so instead of using cut textiles like Stephanie, we used texture rubbing plates to create different patterns in our still life images. We talked about how things felt in the classroom and I told the kids that artists may use the actual texture or feel of something to create a visual texture or pattern in their work.

The kids were pretty thrilled to make a still life of stuff they like to eat.

We started out by drawing a cup together, so they could see how we could make it 3d. After that we added a couple different food items of their choice. I then modeled how to make a napkin and a utensil look like it is laying down by using diagonal lines for the sides and they added a couple of those elements.

Students were required to make one rectangle that had a pattern made of at least one thing from their still life in it. We then added color to the still life and the pattern.

Before we added the texture patterns, students had to add a couple more geometric shapes to fill. I demonstrated how to use the rubbing plates and then they were off. It sounded like I had a bunch of djs scratchin records in my classroom. As long as they made sure to hold the paper still the rubbing plates work great. 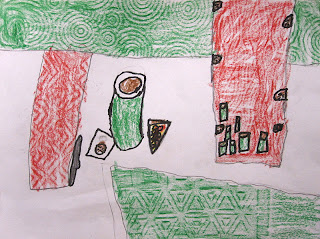 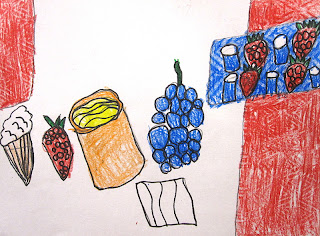 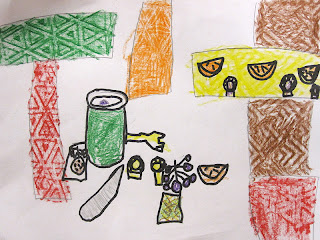 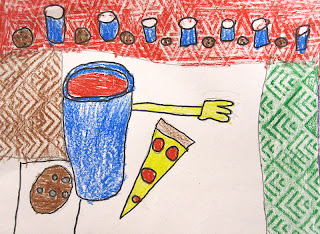 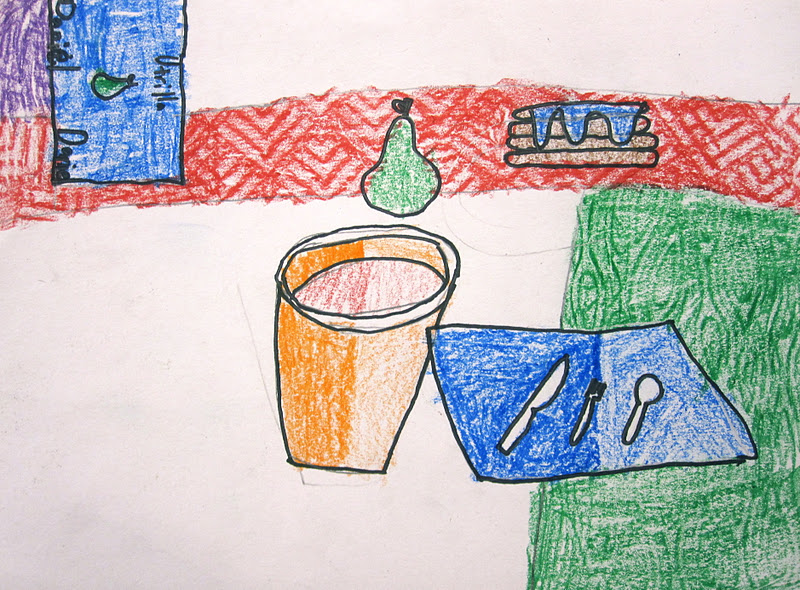 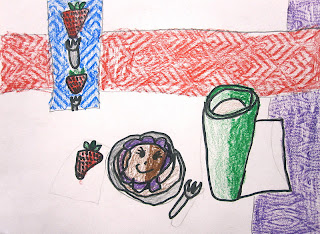 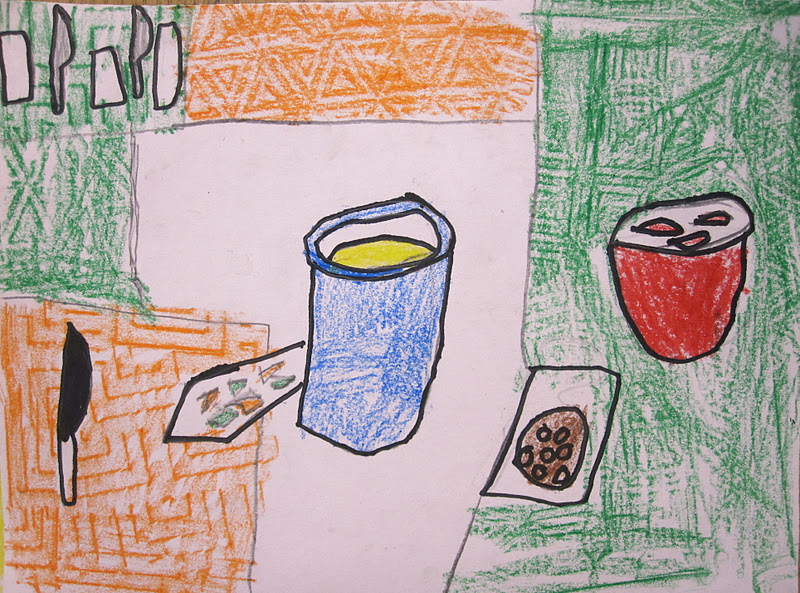 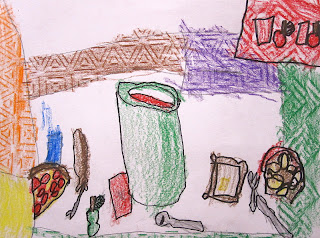 The students did a great job with their drawings and managed not to eat any of their supplies during the activity:) I'm looking forward to modifying this lesson and trying it out with my beginning drawing class at the college level. There I will have the students incorporate found textile patterns as well as drawing some.
Posted by dmasse at 2:40 PM