I shared the work of designer and artist Don Pendleton with the 3rd grade classes this week. Don has done a lot of super cool stuff within the world of skateboarding. This got the kids VERY excited about his work:) 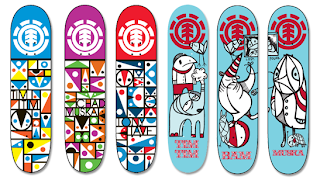 Don has applied his figurative abstract style to skateboard decks, sunglass frames, beverage containers, and even sneaker soles. I enjoy, and so did the kids, the range of items he applies his creativity to.

We looked at a number of images from his website and then focused on the below image as the inspiration for our project. 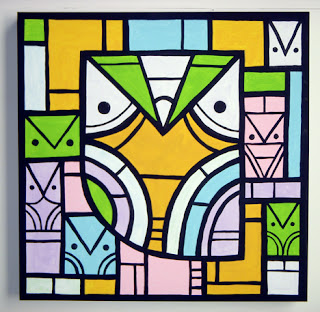 I asked the class what creature stood out the most in this image. What they identified was-
- the one in the MIDDLE
- the BIG one
- the one with the MOST DETAIL
- the one with the MOST COLORS
A great collection of ways an artist can make something become a focal point in an artwork. By doing these things, I explained, Don had also created a foreground and a background in the image.
We then set about to create our own creatures. I emphasized that we weren't copying Pendleton's work, but only using his vocabulary and style.
Students started out by drawing the large shape for the main character. They added details to the character next, trying to limit themselves to geometric shapes. They used verticals and horizontals to break up the background and then added more simple creatures to some of those new shapes. They then traced all their lines, using mostly thick lines for the main character and mostly thin lines for the background.
How students used color to fill their designs was up to them. I said they could use warm and cool colors, or primary and secondary, or any other combination they thought would be interesting. The one thing i emphasized is that they should press hard in some shapes and softly in others, so that they would have light and dark colors in their designs.
The classes came up with some pretty interesting variations on the abstract character theme. They also did a great job staying on task throughout the lesson.
Way to go 3rd graders and thanks to Mr. Pendleton for inspiring another art project! 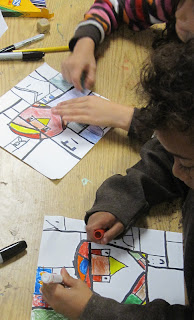 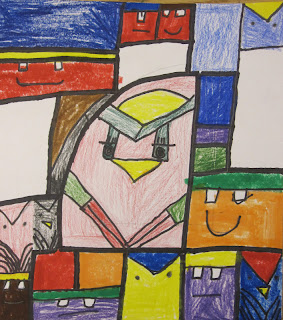 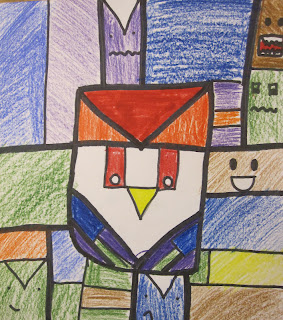 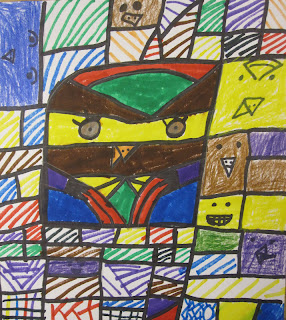 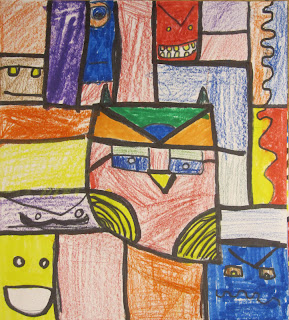 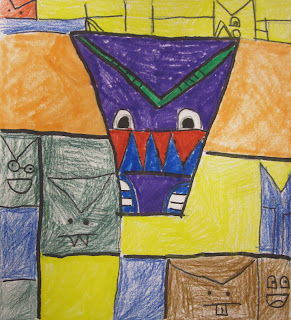 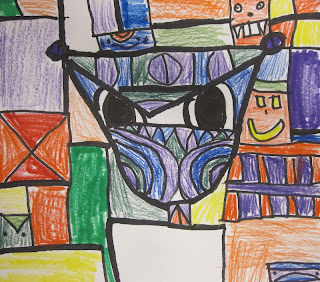 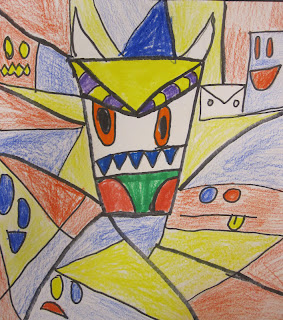 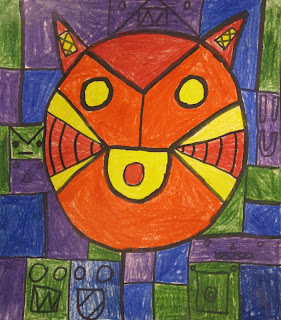 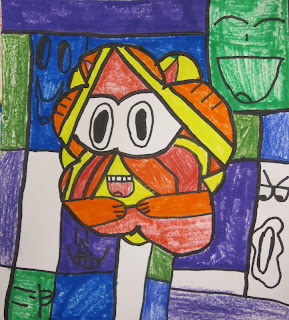 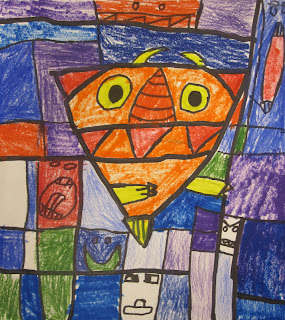 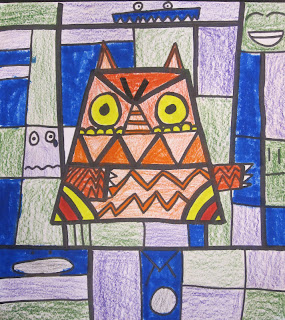 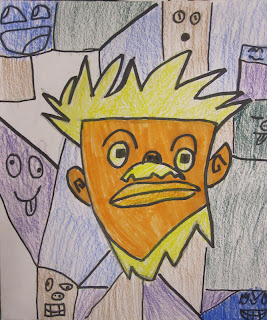 This guy wanted to do a picture of Albert Einstein. I think he did a great job capturing his "wild" look:) 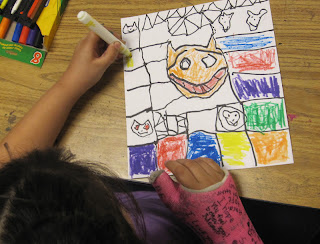 This student had to use her opposite hand to draw and color due to her cast on her drawing hand. She didn't hesitate at all. She dove right in and did an amazing job! 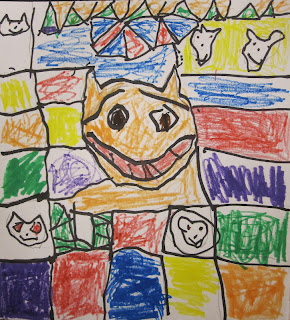