motion in the ocean.

Today I introduced the 4th graders to a small selection of work by the late prolific French illustrator/ cartoonist Jean Giraud, aka Moebius or Gir. Giraud influenced countless illustrators with his style and sequencing.
I shared a couple character studies he did for Marvel comics first to hook the kids, and then a few of his surreal land/seascapes. I pointed out his use of contour line to define his settings and characters. The students identified is use of warm and cool colors to create contrast in his images. 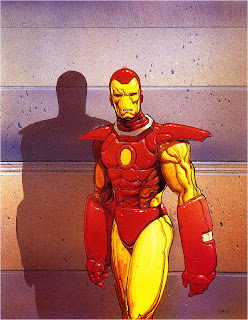 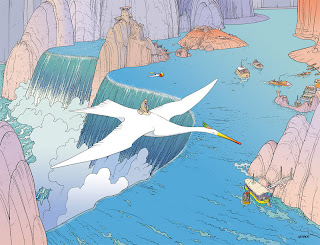 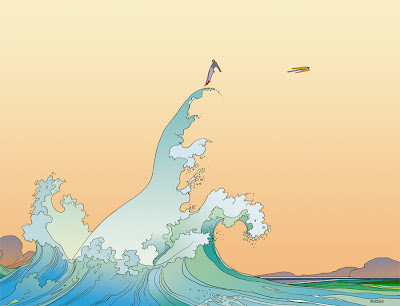 After viewing the last image above, students were able to tell me that the wave looked like it was moving because it was, well, moving. I pushed them further and we agreed that the wave looked like it was in motion due to the shapes and lines Giraud used. He captured what the position of the wave in motion. Same for the floating figure. That dude won't be able to stay in that position and place in the sky for very long.
I guided students through drawing a wave composition of their own. They were free to put a different character or thing in the sky. They traced their lines with an ultrafine sharpie and then they got to painting their scene with watercolors. They remembered that the more water you added to the color would make it lighter, so I asked them to attempt to create some tints of colors throughout their scene as well.
Students had the option of using cool colors in the water or the sky and warm colors in the opposite area. 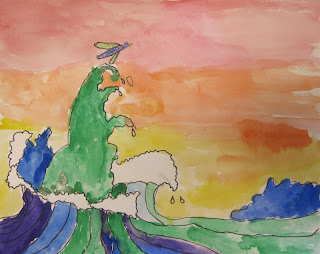 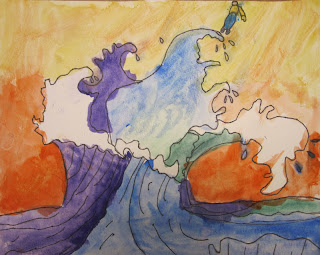 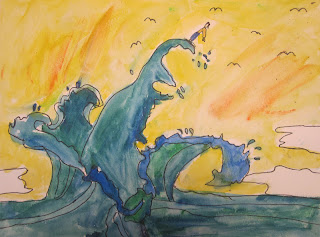 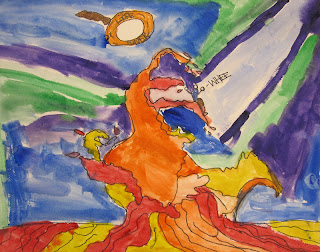 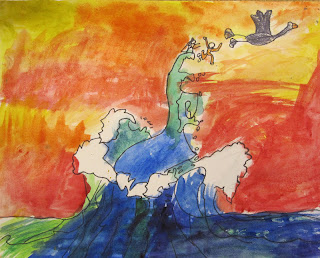 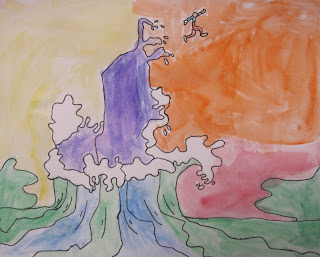 Many of the students were intimidated by the complexity of the image at first, but I asked them relax and try their best. Even if theirs looked different than mine, his, or a classmate's, it would still come out pretty cool. I also showed them how they could use simple shapes first and then go back and add bumpy, irregular details to them. A lot of students were surprised at how cool their images turned out. I'm glad they didn't quit!
Posted by dmasse at 7:14 PM