Each of the 5th grade classes needed a portion of their 2nd meeting with me to finish up their bike drawings, so that left me with a shorter time to do a follow up lesson with them than normal.

I decided to do a fun activity based on a Brooklyn based (Philly loving) illustrator named Alex Eben Meyer. I have done a few projects based on Alex's work before and his artwork has always been well received by students big and small. We briefly looked at a few of his ink drawings and then looked at some of his images that are created digitally. We identified his use of contour lines to define shapes. I have always dug Alex's style, his simplification of some forms and exaggeration of others. His work allowed me to introduce representational style to the 5th graders.

The images that we focused on were a series of octopi illustrations. 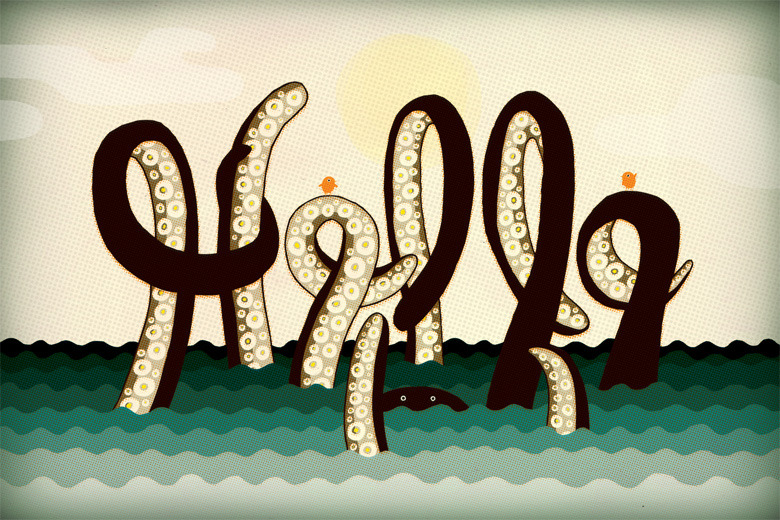 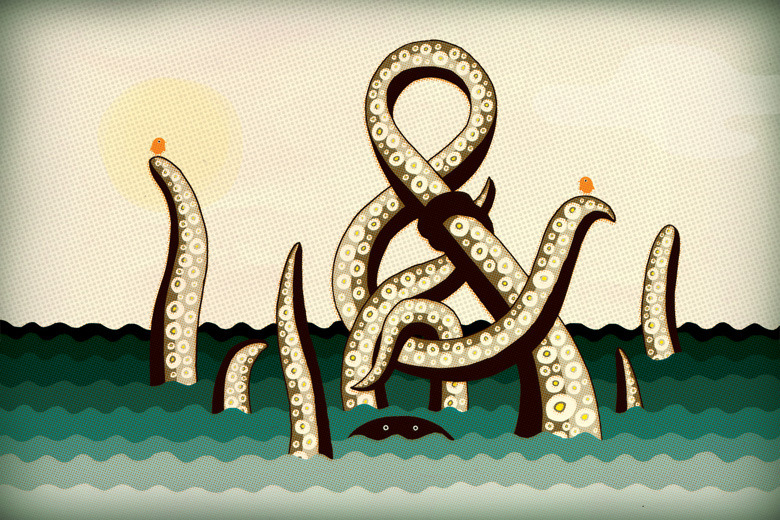 Since the their bike drawings were based on observation I asked the kids if they thought Alex had observed these creatures in the wild. The kids smartly told me that Alex had used his head to create them. His imagination. We then agreed that even though they were based on his imagination, that they looked a little real (representational style) because of his use of overlapping, his use of limited shading, and the water's transition from light to dark.

This left us with about 45 minutes to create our own octopi. I demonstrated how to practice the lettering and tentacles, and then the kids went for it. The students had some great ideas, but what they found was that it was kinda hard to translate these ideas to "tentacle script". As with the bike project, I knew this would be challenging for the classes but I am pleased to say that there were no quitters in 5th grade:) 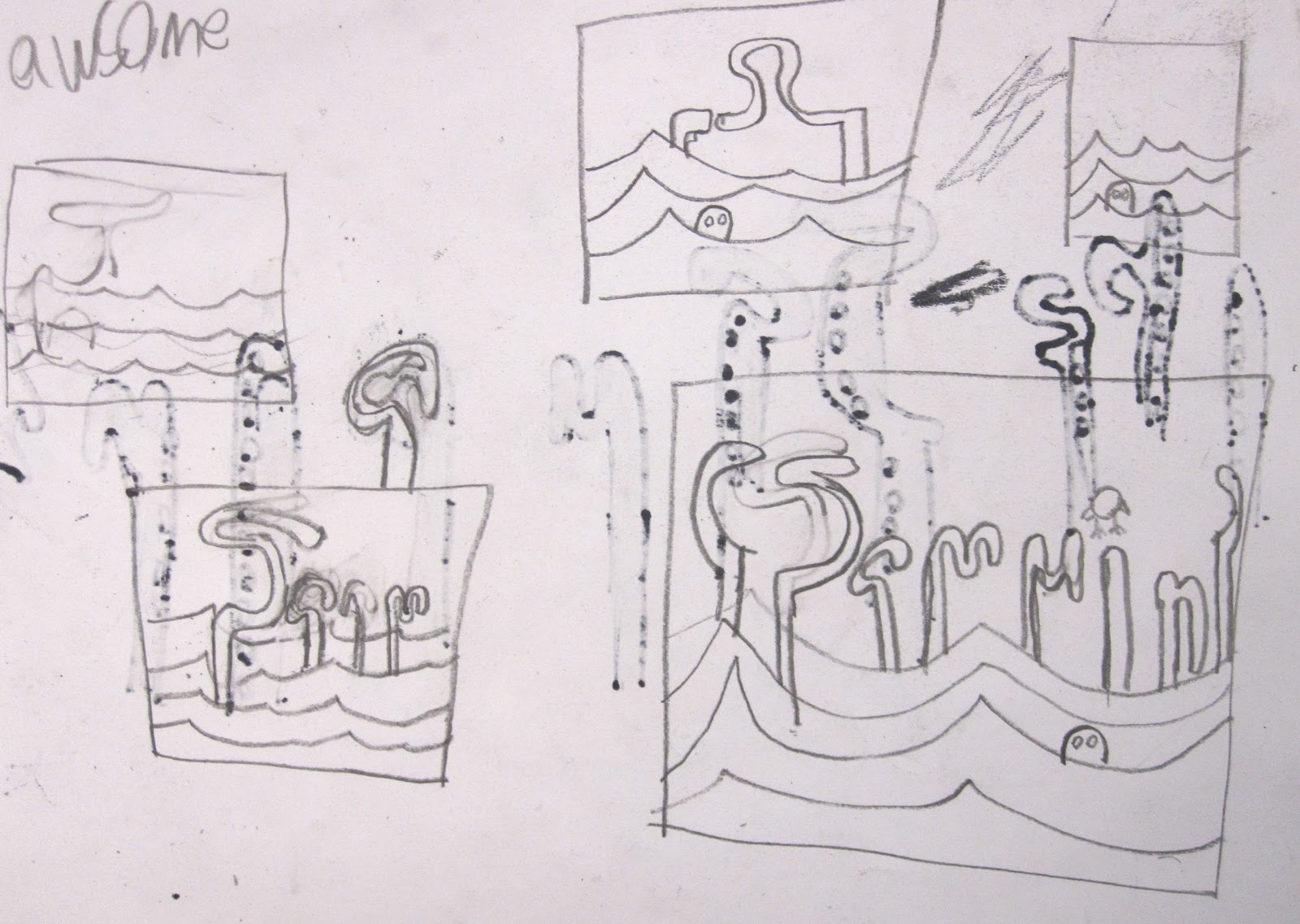 After they practiced, students softly (most of the time) drew out their scenes to fill the front of their 8x10" paper. They then traced the contours of the back of the tentacles and filled them in. I asked students to use warm colors on the suction cups and cool colors in the water. Students used crayola color sticks to add the color to their drawings. 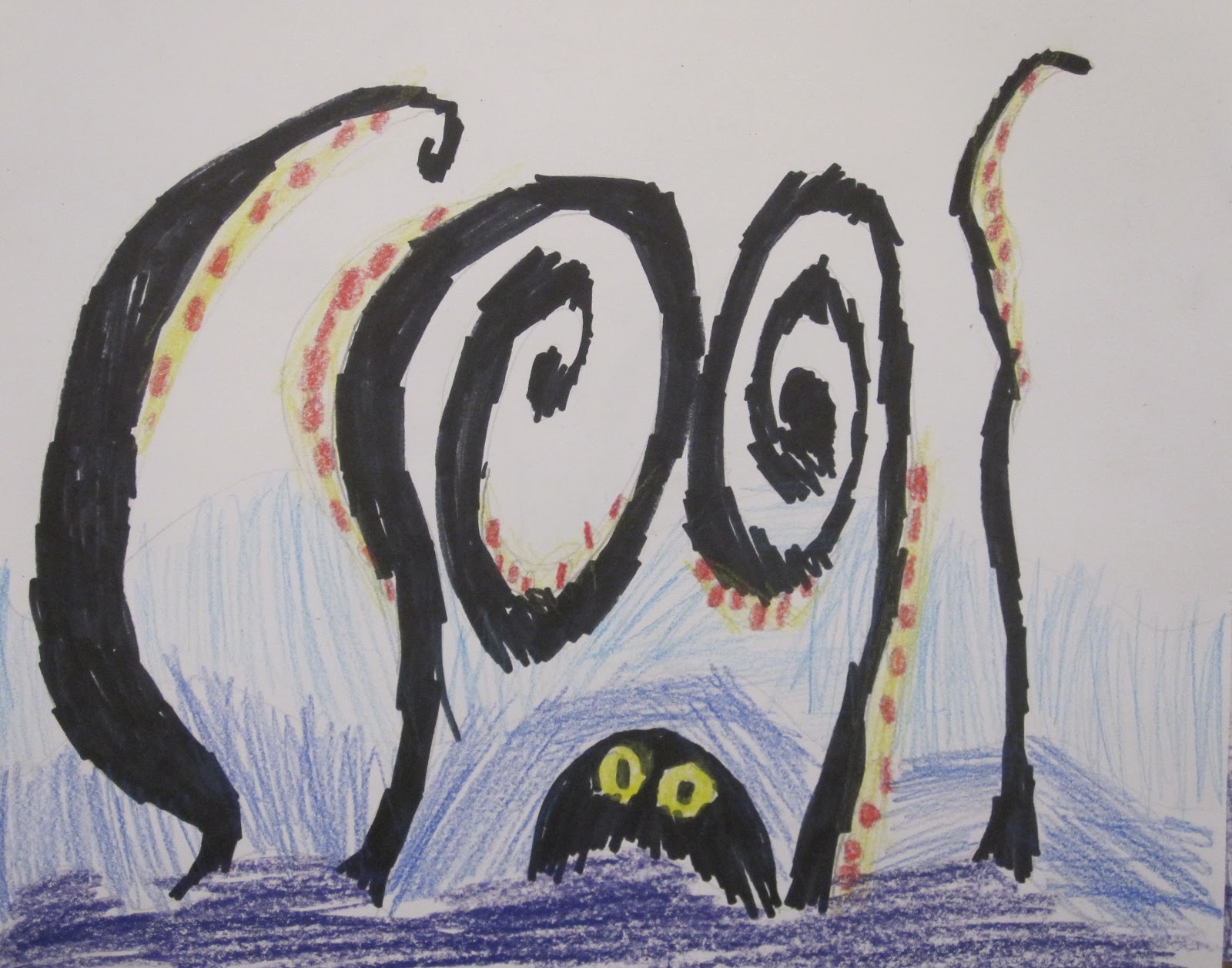 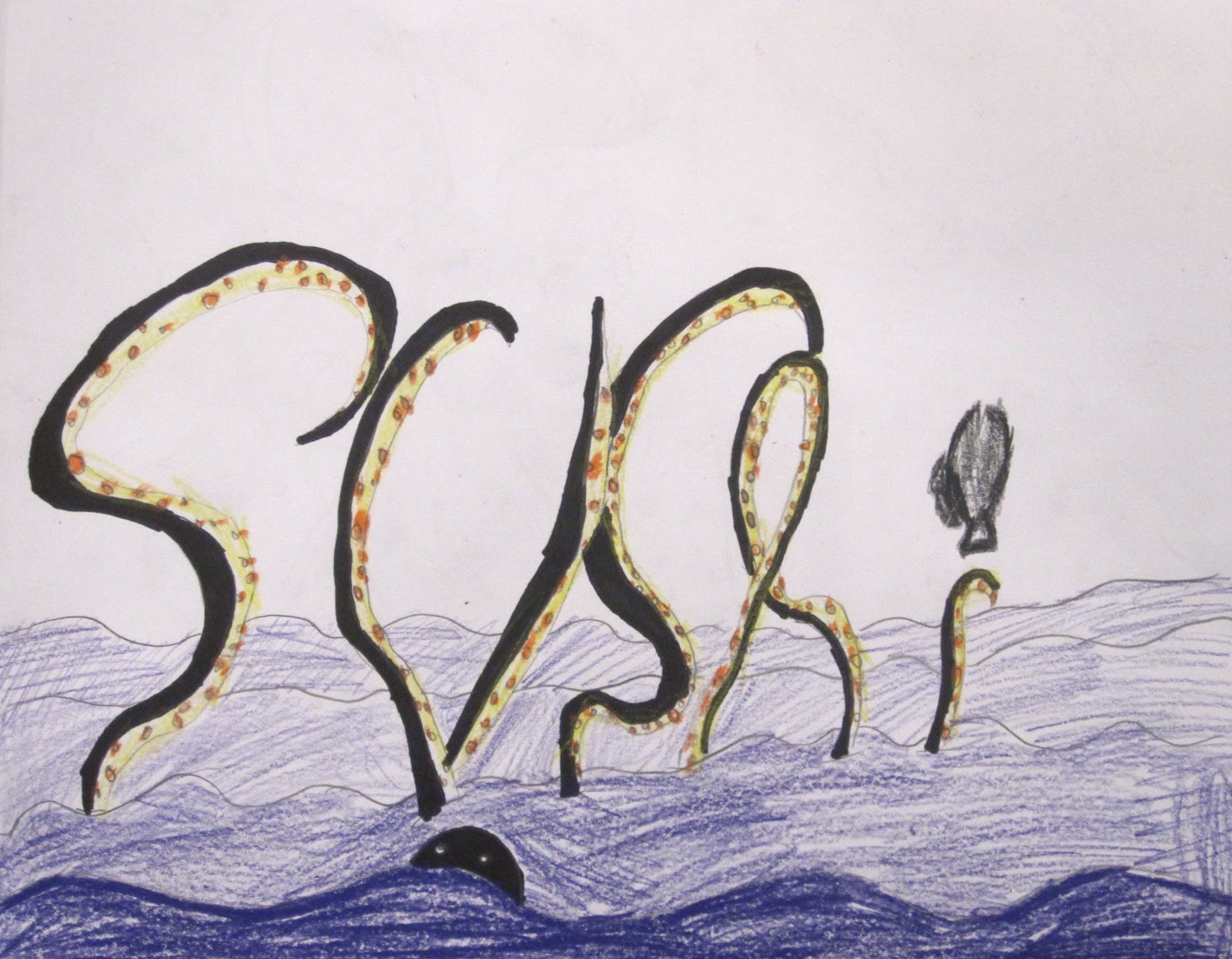 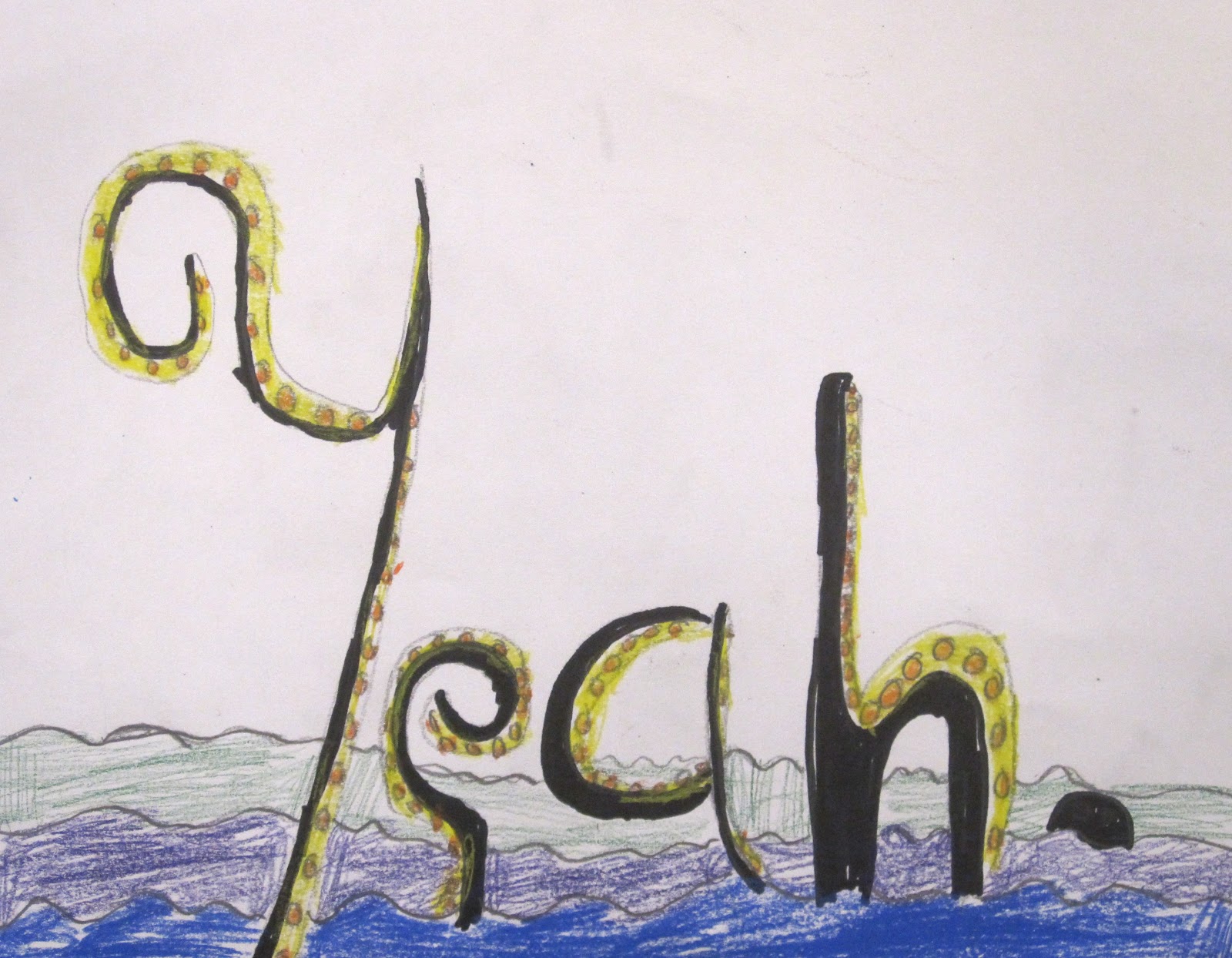 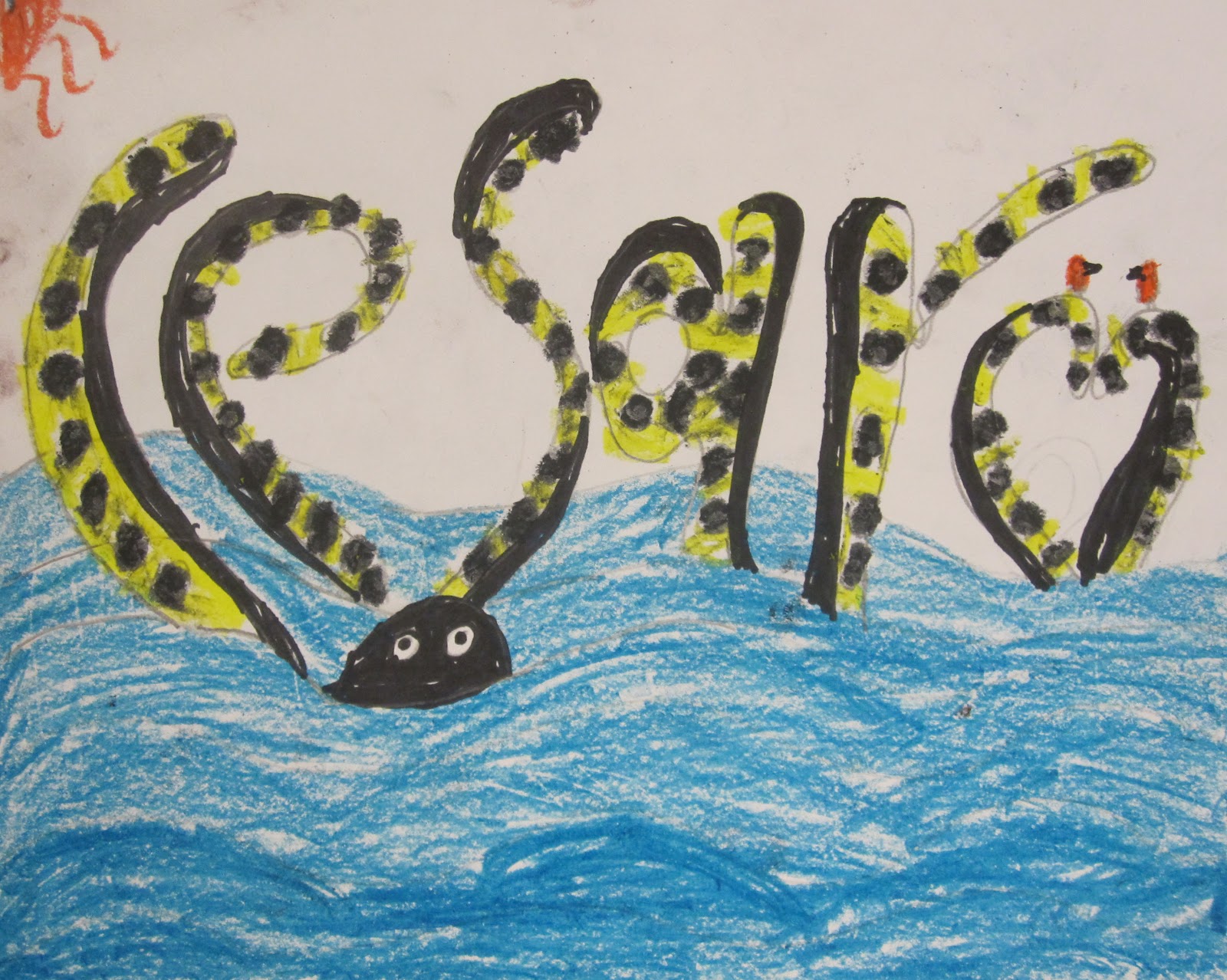 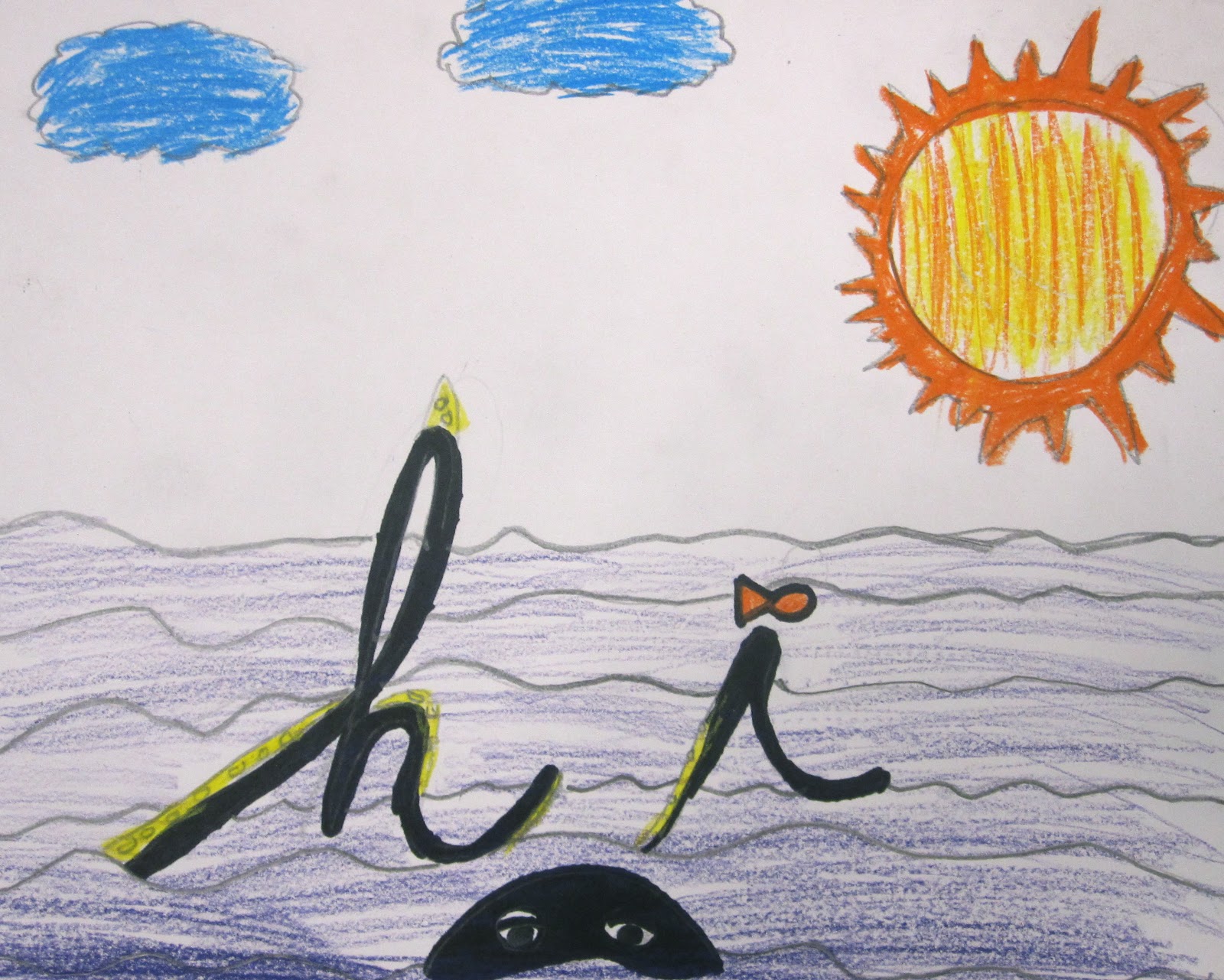 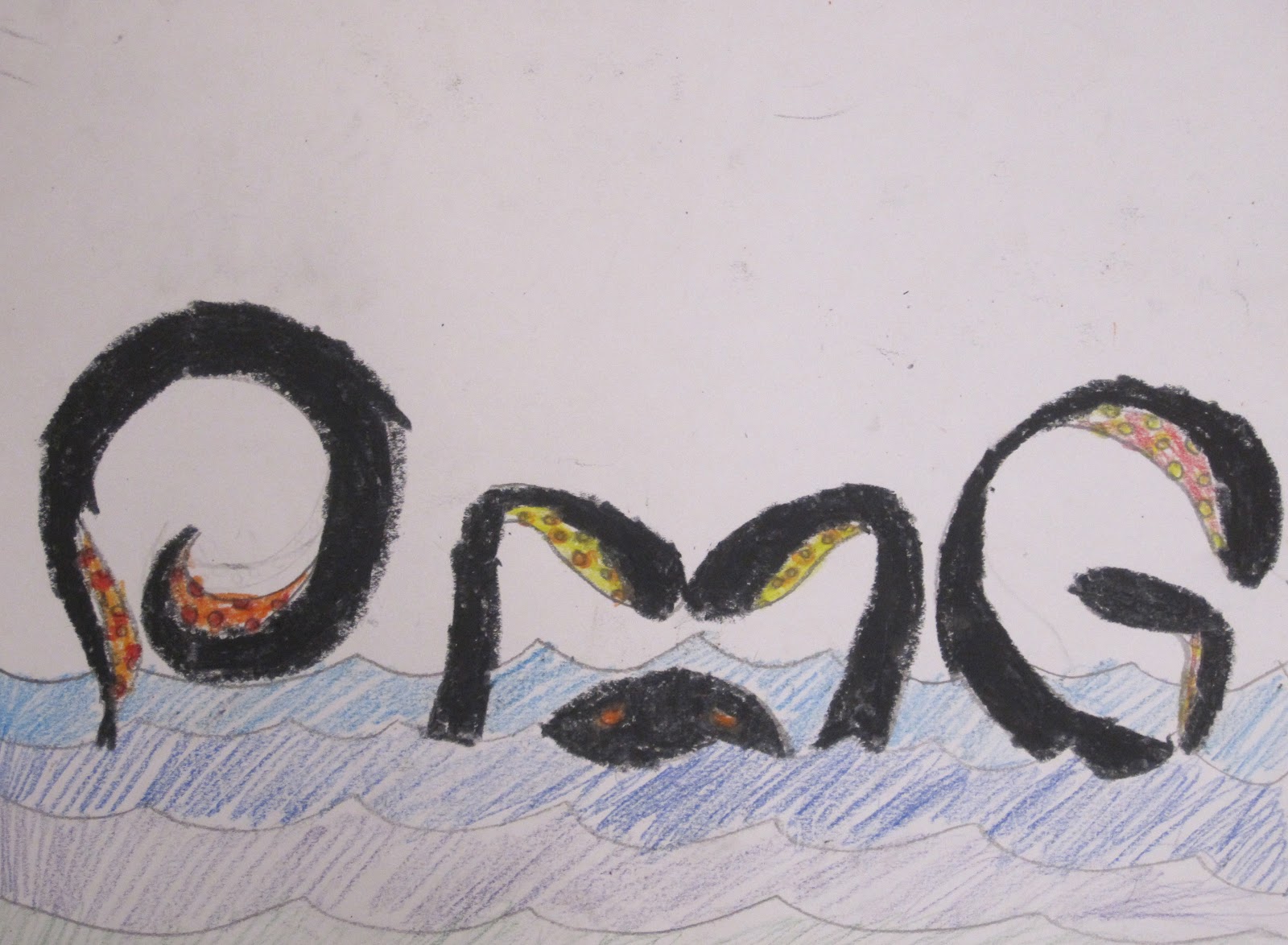 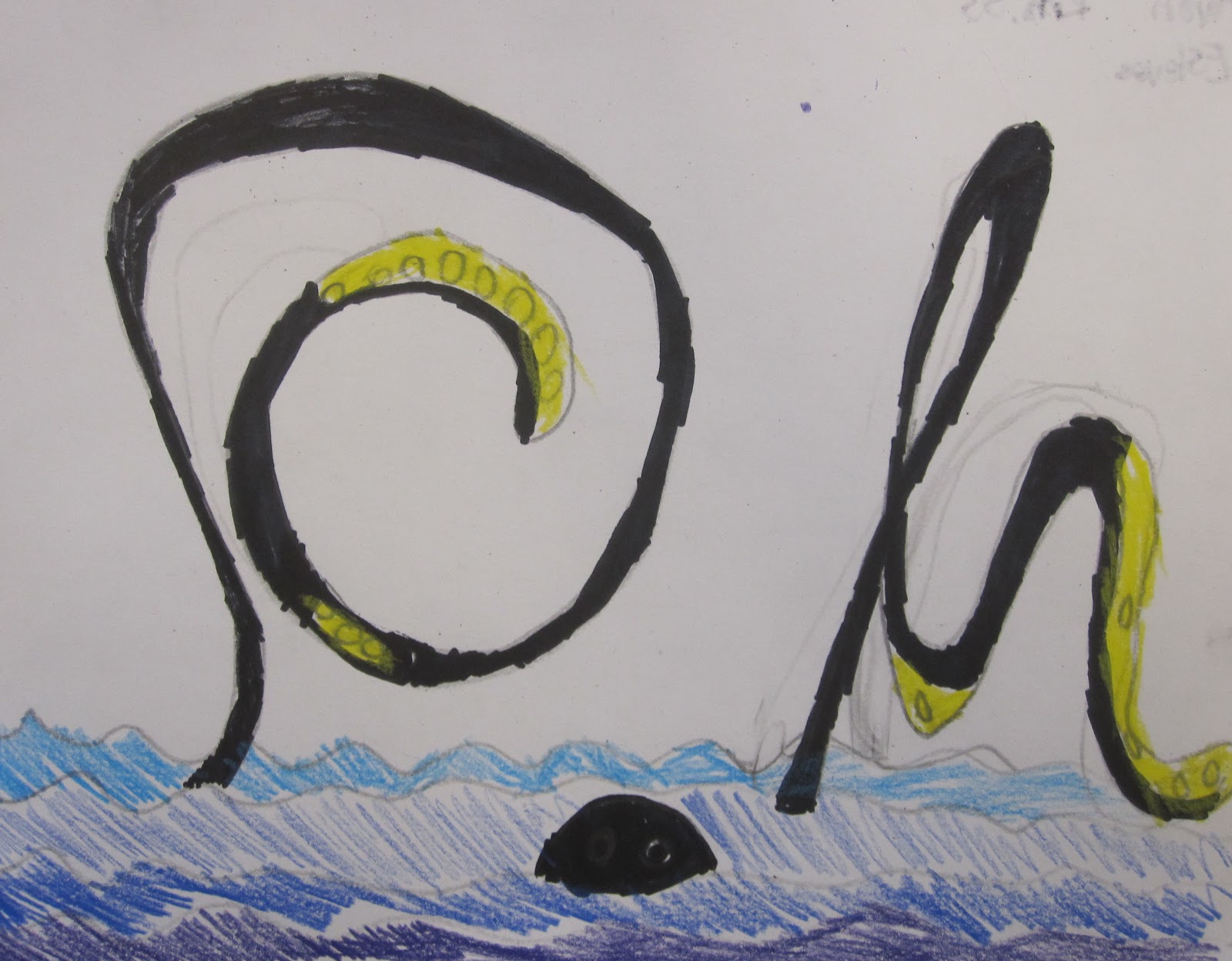 There are a bunch more cool variations on the octopi theme that are not quite finished. I am hoping those kids will come down at recess to get them done and I'll post up their pics too:)