Yesterday was my only day with the first graders this week. Since it was raining, I thought it would be cool to use the rain as a theme, especially since we did the icicle collages last week.

I recently got turned on to the fantastic illustrations of Ryo Takemasa. I like his use of flat colors, while still creating depth through shape and overlapping. Some of his work, the plant and animal studies, remind me of the work of Charley Harper.

The illustration that I used for the inspiration for the project is this one. We talked about his use of overlapping to make it look like the cars were behind one another and not stacked on top of each other. I thought the flatness of Ryo's shapes would lend themselves nicely to a collage project, so that's what we did. I told them that ours would not be a taxi scene. It would be a scene of parents picking up kids from school. 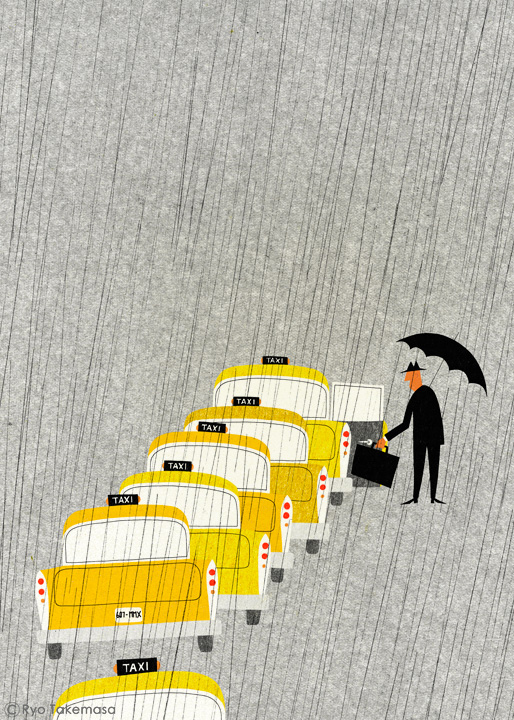 I had stapled 3 sheets of primary color paper together for each student. We drew out a basic car shape on the yellow and added some details like tail lights, license plates, and car driver shadows. They drew one car and then cut out all 3 at once. This worked out pretty well. There were only a few students who cut out one car at a time. After cutting the cars out, they added details to the remaining 2 cars and also added colors to each of them with color sticks.

Once the cars were done, I modeled how to make sure they positioned them with overlapping present on their background paper. The kids then glued theirs in place.

We used left over paper, plus a little white paper if they wanted, to add at least one student being picked up from school.

The final step was to add rain drops by drawing them on top of the cars, background, and person. Again, this demonstrated a use of overlapping in art.

I love the personality that shows in the cut paper people and cars in this project:) 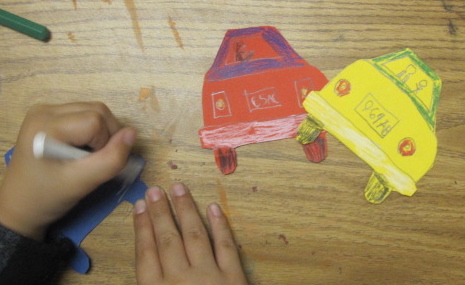 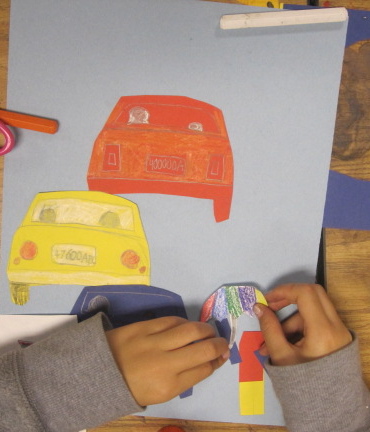 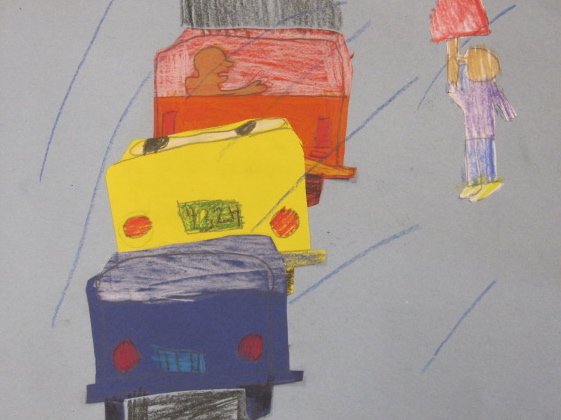 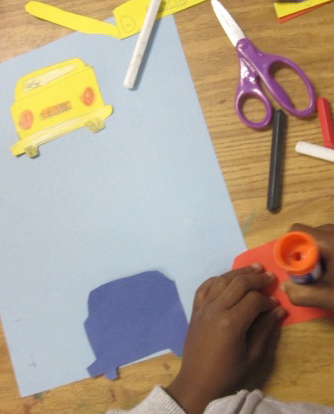 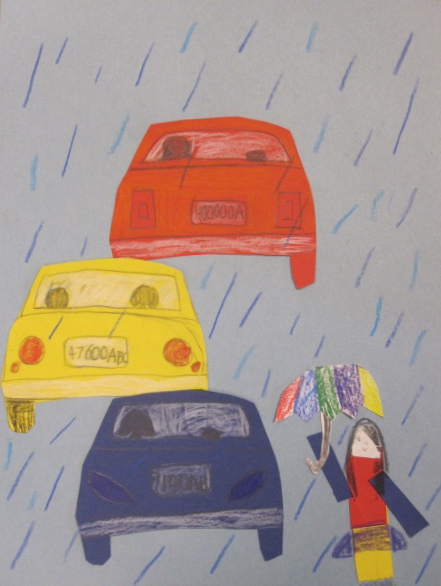 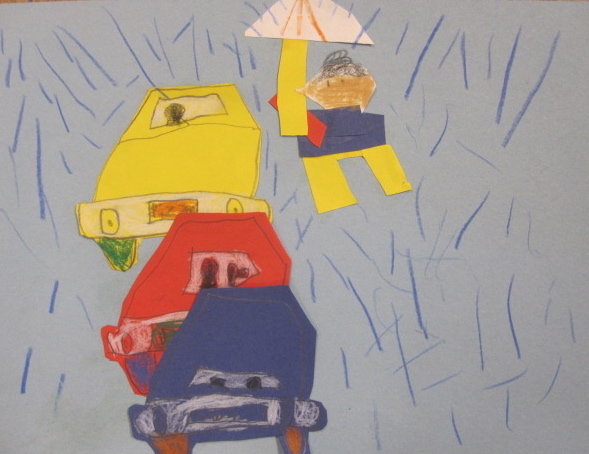 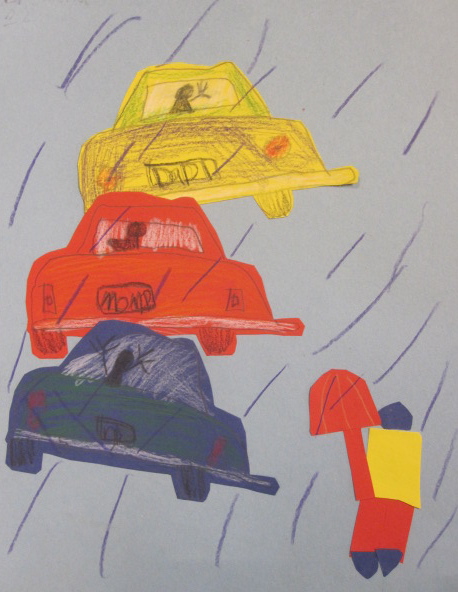 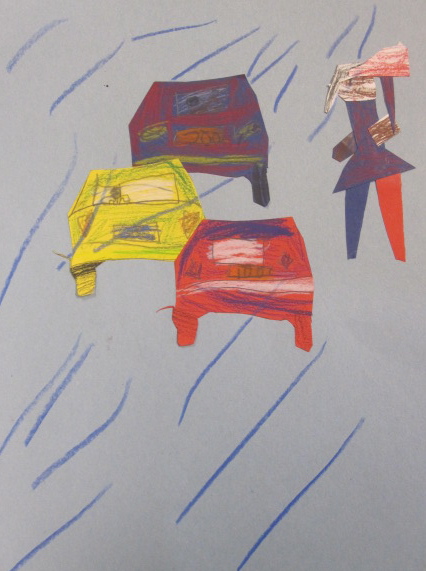 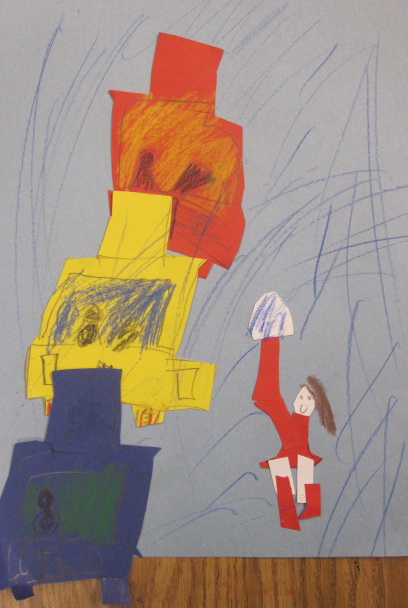 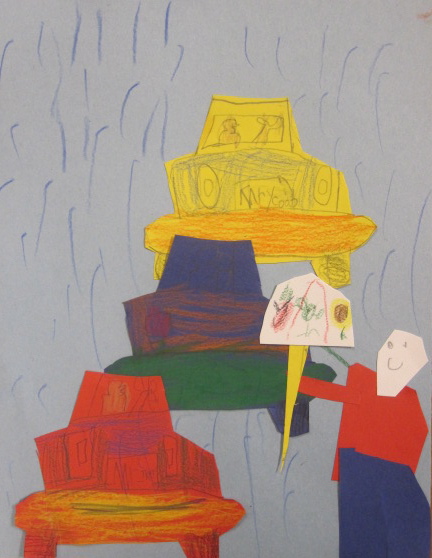