As in a sticker. A small sticker.

The 5th graders and I looked at the work of Shepard Fairey this week. I gave the kids a little background into who he is and what he does and then shared with them the image that really got things going for Shepard.

A small sticker of the professional wrestler and Fezzic from the Princess Bride. This sticker went viral at the end of the analog age. I remember seeing them in Philly and New York when I was a senior in high school:)

We looked at how Shepard's style and changed since this image. Much more posterized and abstract. 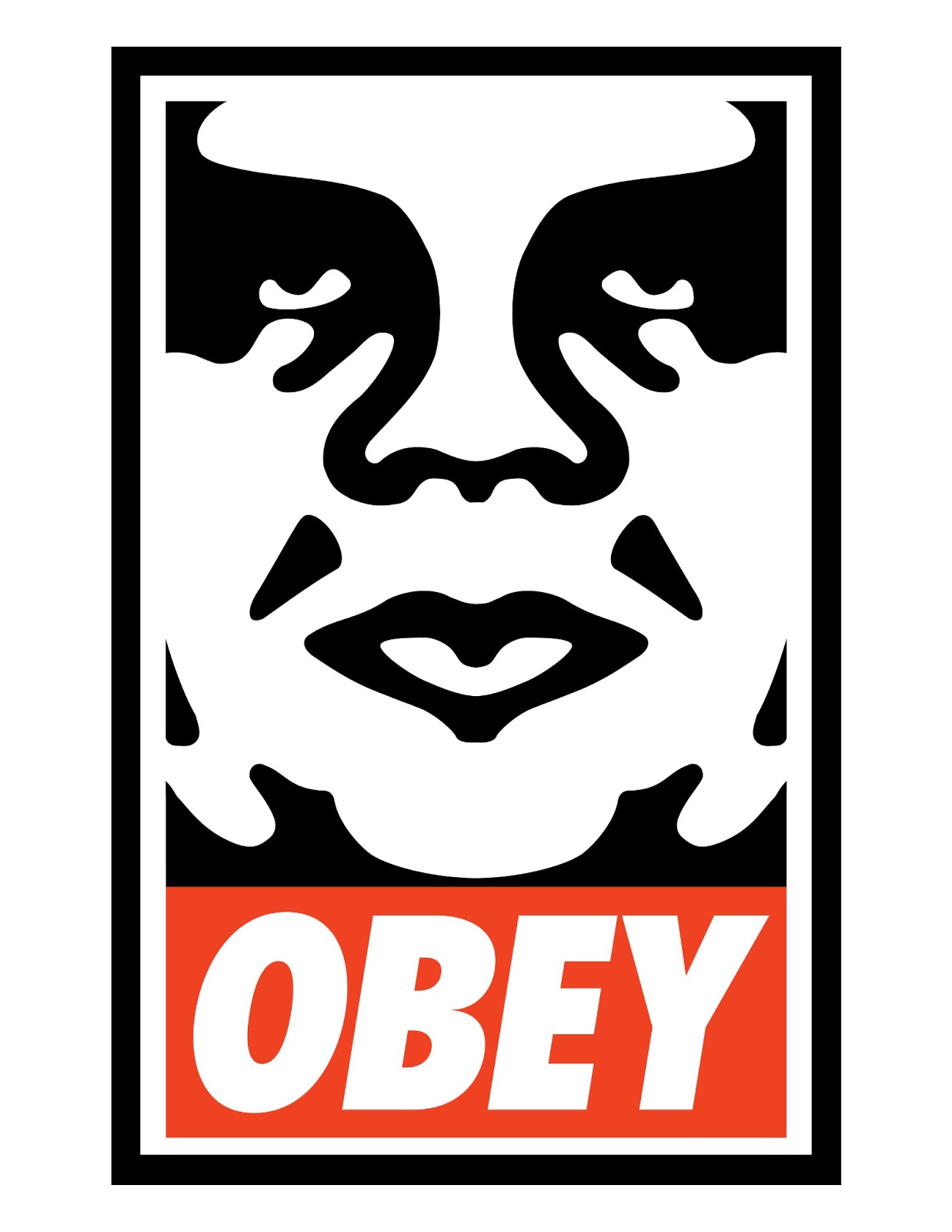 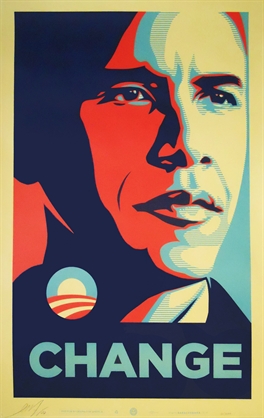 At this point in the lesson most of the students recognize his work. Some kids were even wearing his OBEY GIANT brand in class.

At this point we shifted the discussion to logos. We looked at the Obama logo and a couple incarnations of Shepard's OBEY logo and discussed how often times logos are bold and somewhat simple or economical in their design.

Then I shared the particular pieces of Shepard's that we would use as inspiration. 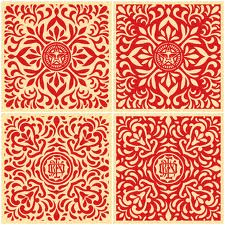 We looked at the 2 logo variations, talked about the presence of notan, the Japanese design concept that focuses on the play of light and dark, or positive and negative. I explained to the students that they would create a cut paper design and create a personal logo to be placed in the center of their design.

Students made the cut paper design just like they would if they were making snowflakes. They folded their paper twice and then drew and cut out a quarter circle a the bottom of the triangle. They then drew out their design, trying to keep shapes a finger's width apart, and keeping in mind they were going to have to cut the shapes out.

I asked the students to keep track of their cut out pieces because they could use some of them later. After they were finished cutting I asked them to unfold their paper and reflect on the design. Were there areas that looked to empty? Did they have a variety of size shapes? Was there anything they could still add? They could then refold it and remove paper in other areas if needed. I showed them how to fold the paper one more time to be able to cut into other sections too.

Once cutting was done, they glued the red paper onto white. I then showed them how the could trim some of their cut outs and glue them back on to add more variety to their design. Students could also use a red marker to achieve this effect as well.

Students then drew out a logo in the center and traced and/or filled in pencil logo. I emphasized the use of thick and thin lines. Most students chose to do logos based on their name.

I gotta say, there was a lot of success with this project. Overall compositions, creative solutions, and being critical of their progress. They dug Shepard's work and were engaged throughout the lesson. Good stuff happening in the art room:) 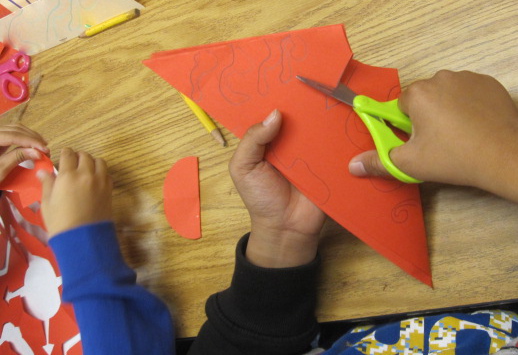 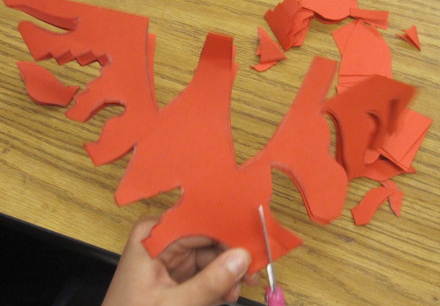 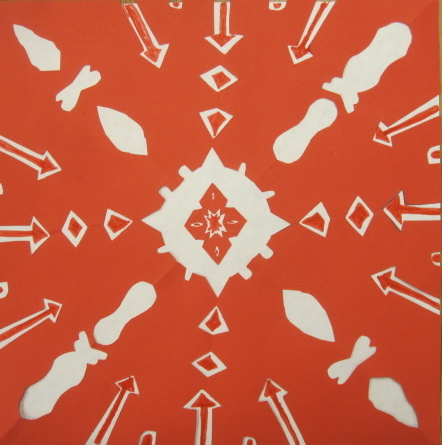 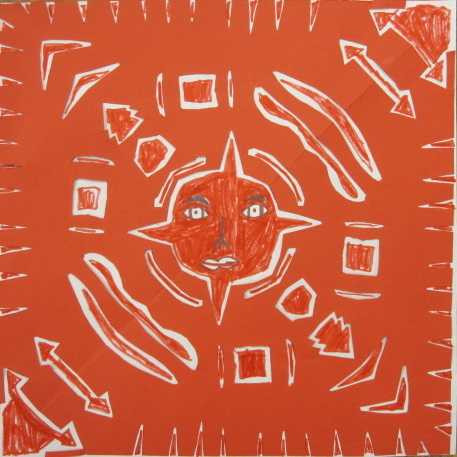 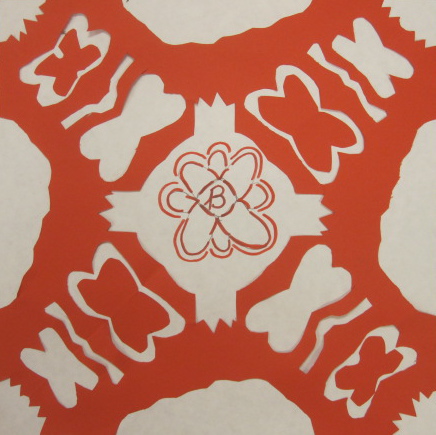 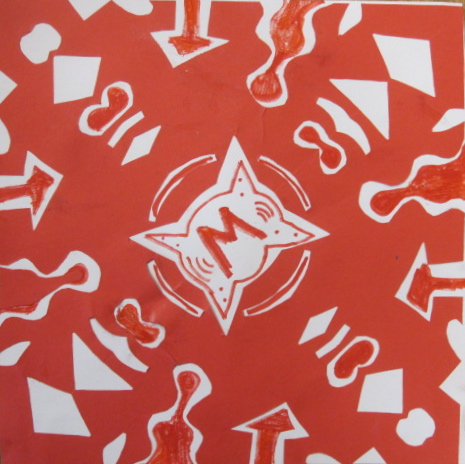 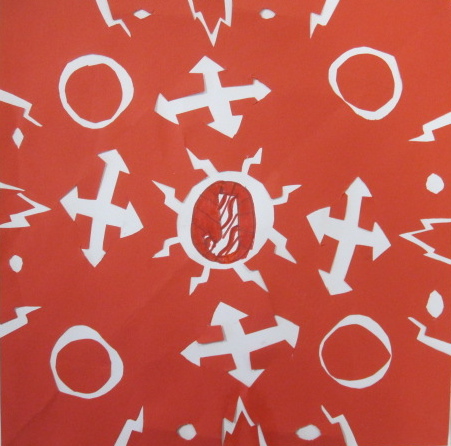 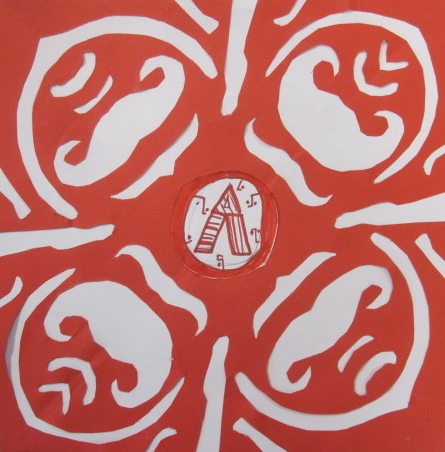 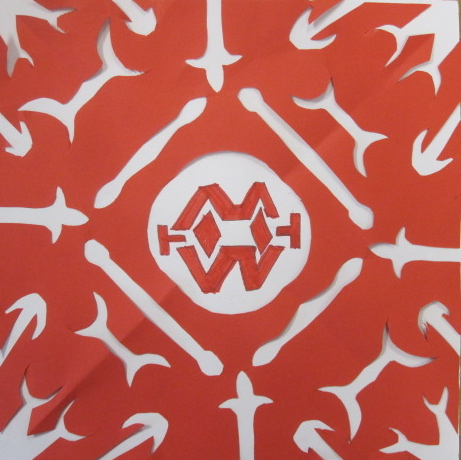 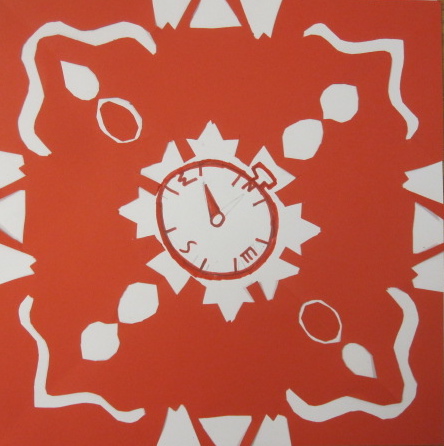 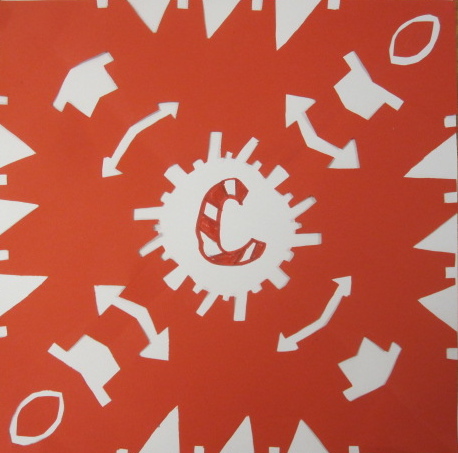 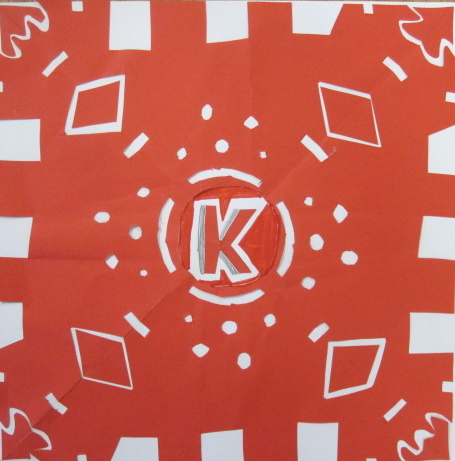 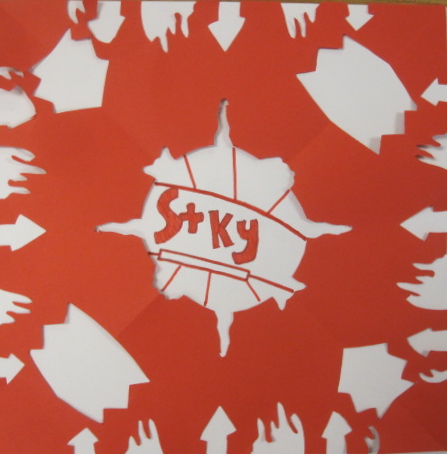 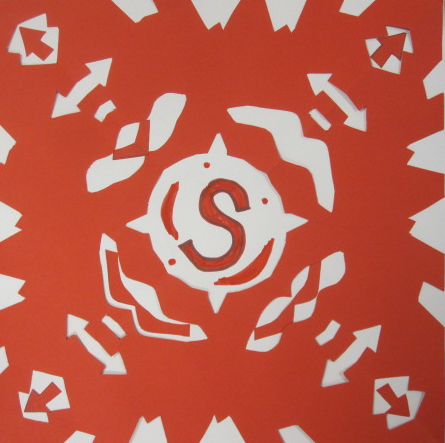