A few years ago I started seeing these strong graphic t-shirt designs being worn by students on our campus by designer DJ Neff. Simple and bold characters our students were drawn to. A few weeks ago I stumbled across a fantastic redesign of a famous logo that was also done by this fine designer.

He and his team were tasked with making the iconic Chiquita banana sticker look a little cooler. The campaign has since ended, but they definitely brought a whole lotta fun and cool to those little blue,
white, and yellow stickers. 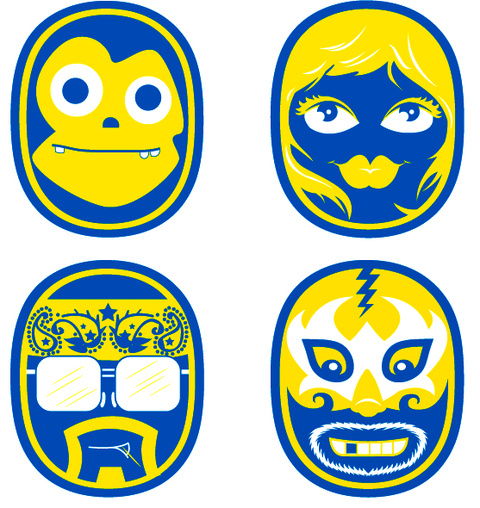 As we looked at examples of the 25 different designs the Neff team created I talked about the constraints that they had to work with. The colors could not be expanded upon and they still had to work with that oval shape.

The 5th graders had some practice designing logos earlier in the year when they did the Shepard Fairey project, so I thought it would be interesting for them to revisit it while working within a different set of parameters.

The kids loved looking at these rebrands. I wish the interactive website Chiquita had up to go along with the original was still functional, because it allowed you to create your own stickers and play with a variety of shapes and sizes when adding features to the sticker.

I asked the students to do a minimum of 2 sketches for this project. The cool thing was that many did a lot more than that. After brainstorming and sketching, students were to color one of their drafts in to get a sense of color in their final design.

Once they thought they had something worthwhile, students took a rectangle and shaped it into the oval sticker. This was similar to the way that they shaped their Don Pendleton inspired skateboard designs earlier in the year as well.

They then drew out their design in pencil and colored it with crayola color sticks. Students chose from blue, yellow, or white paper. I told them to base their paper color choice on the color that they were going to do most in their logo. That way, they would save themselves some coloring work. 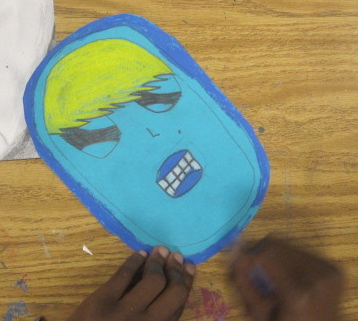 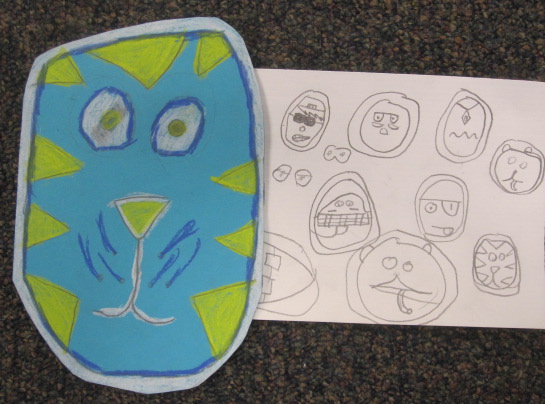 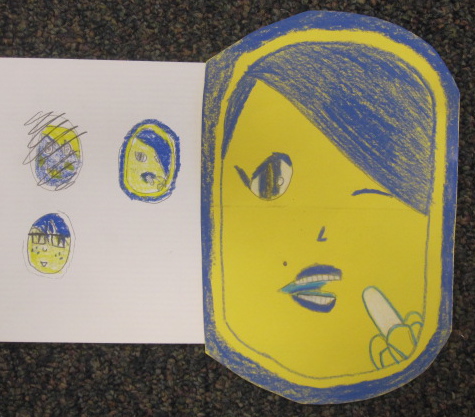 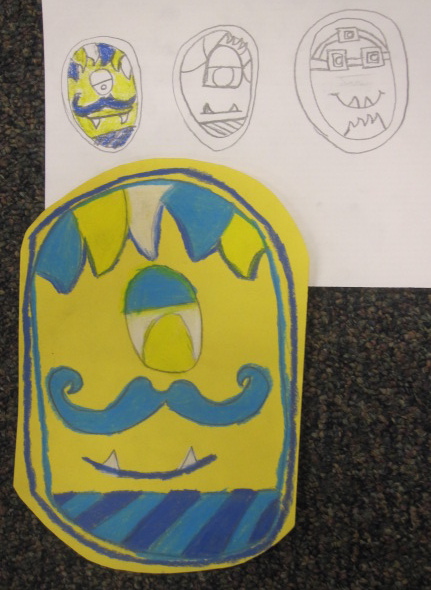 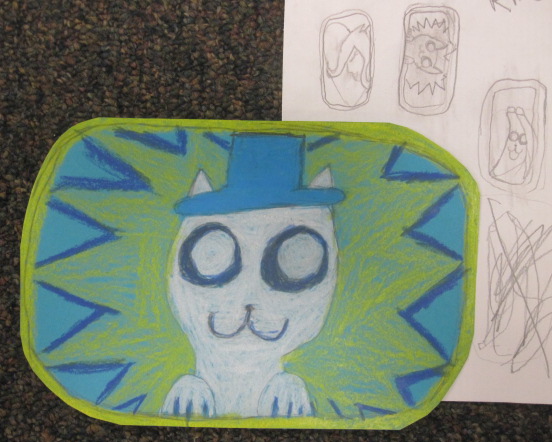 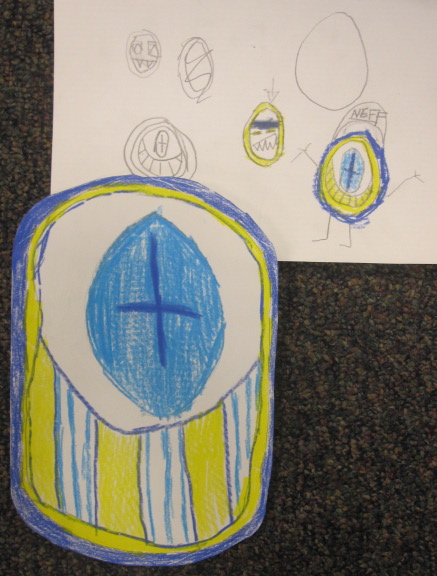 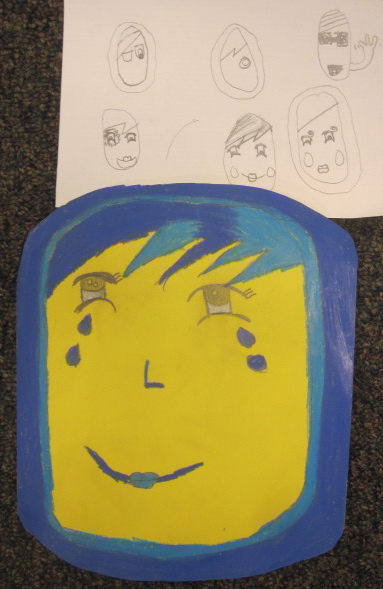 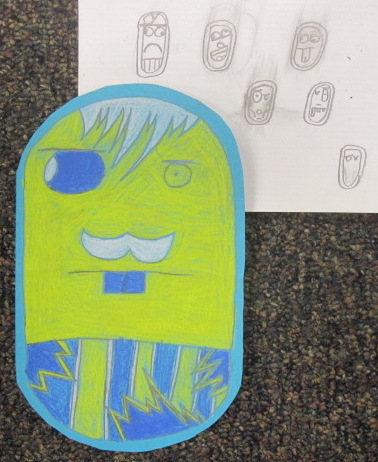 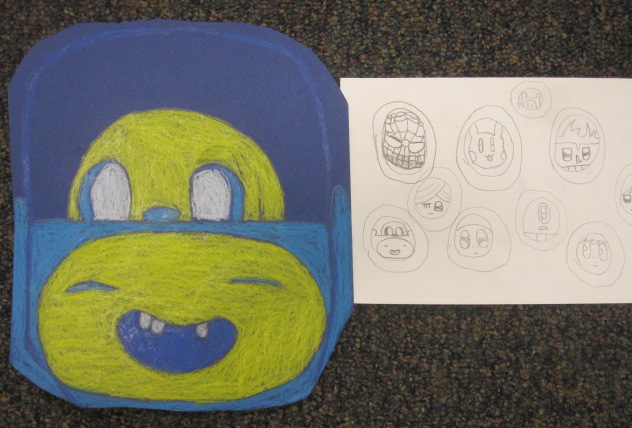 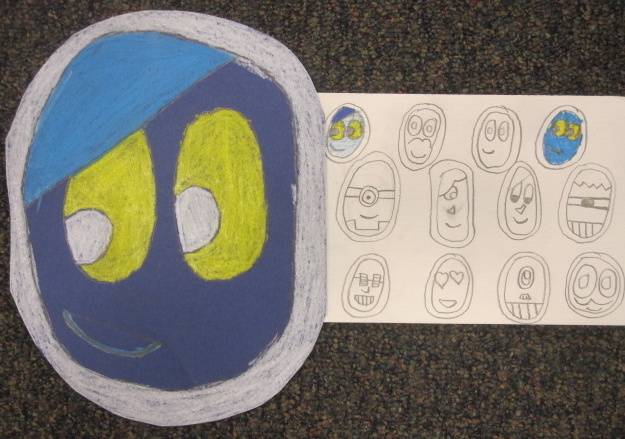 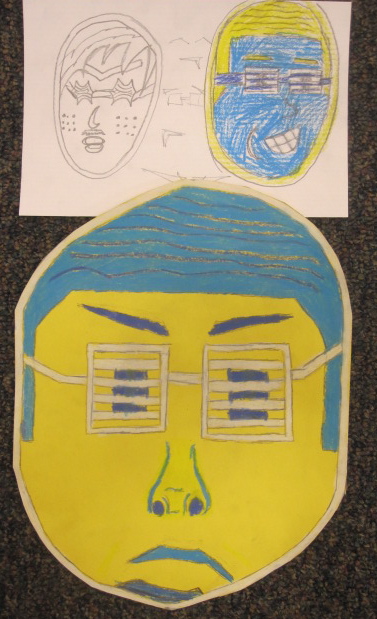 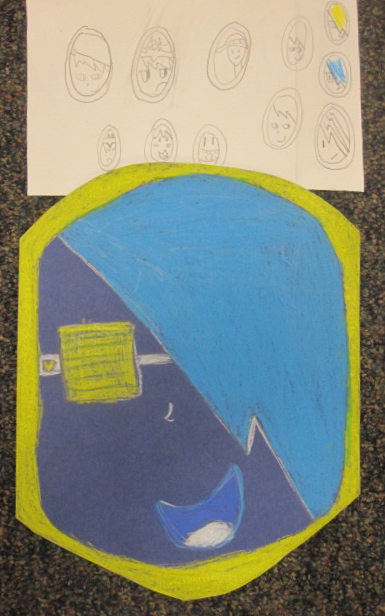 The kids have had a blast with this. So have I, as evidenced by the self portrait below:) 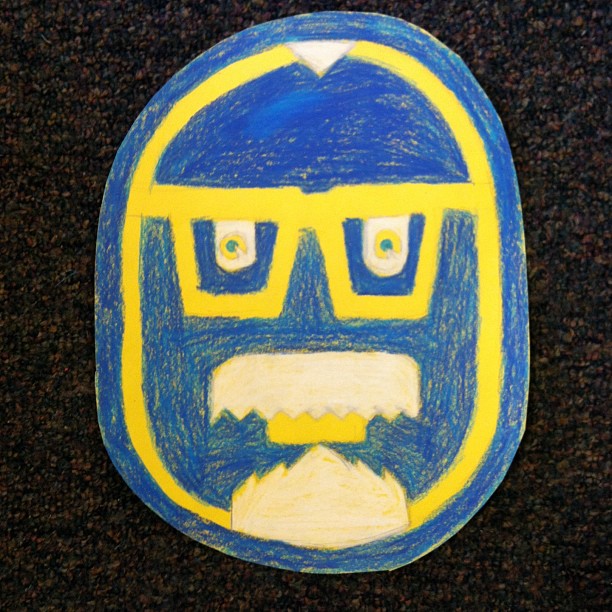