no, not really, but the 3rd graders ARE making some popsicle inspired art this week. We looked at the art of Sean Finocchio and the pop cart, Chiquita, of local pop shop Viva Pops as inspiration.

Sean is an LA based artist at 33 Stewart Avenue and makes art about what he sees in the neighborhoods around him. He likes to take different routes home from work to see new and interesting things. I love that! He likes to capture stuff that has a 70's flavor to it and as a child of that era, that holds a lot of appeal for me:)

Viva Pops is a local popsicle shop owned by Lisa Altmann. They have amazing pops, a cool spray paint mural in their shop, and a cute little cart called Chiquita. 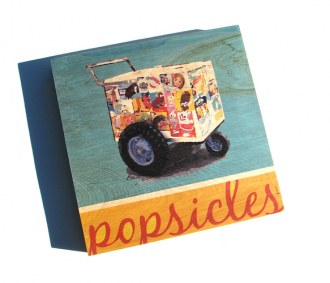 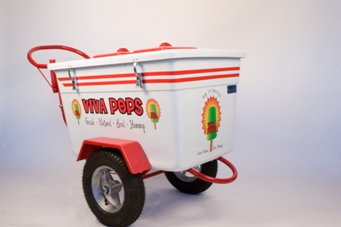 The classes and I look at Sean's painting of a pop cart and the cart of Viva. We talk about what makes both images look 3d... the use of consistent diagonals.

We talk about seeing these types of carts in our neighborhoods and at framers markets. After that i explain that we'll use a pop cart as the focus of our project... and that we'll be using spray paint to help us create our work. At this point the kids tend to go a little bonkers:)

I share a finished example of the project and then I share one that isn't glued together so they can see the steps involved, in reverse.

The first thing we do is fold a 9x9 square into a triangle and then fold it again to quarter it. Then we draw a few, or more popsicles on the triangle. When students cut the shapes out, I ask them to save the cut out pieces so they may use them later. What's left is our stencil, basically a popsicle flavored snowflake:)

Then we go out and spray.

When we come back in, we draw the cart together on a smaller white sheet. Using cylinders and rectangular prisms to make our carts look 3d. When adding color to the carts, I ask students to press hard on one side of shapes and light on the other to make them look even more 3d.

Once the coloring is complete students cut out their carts and place them on their spray painted paper. They also arrange some of the pops they cut out  on top to make the composition even more engaging. I stress placing everything on the paper before starting to glue. This is their rough draft. If they are satisfied with what they have, then they glue everything in place. If not, they move stuff around until they like what they have. 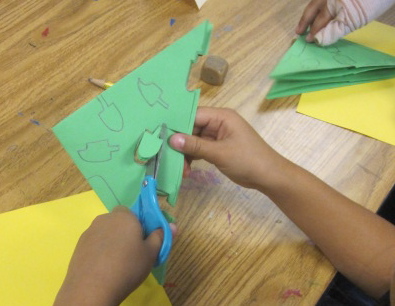 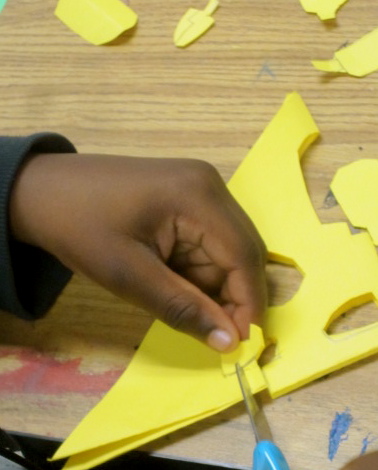 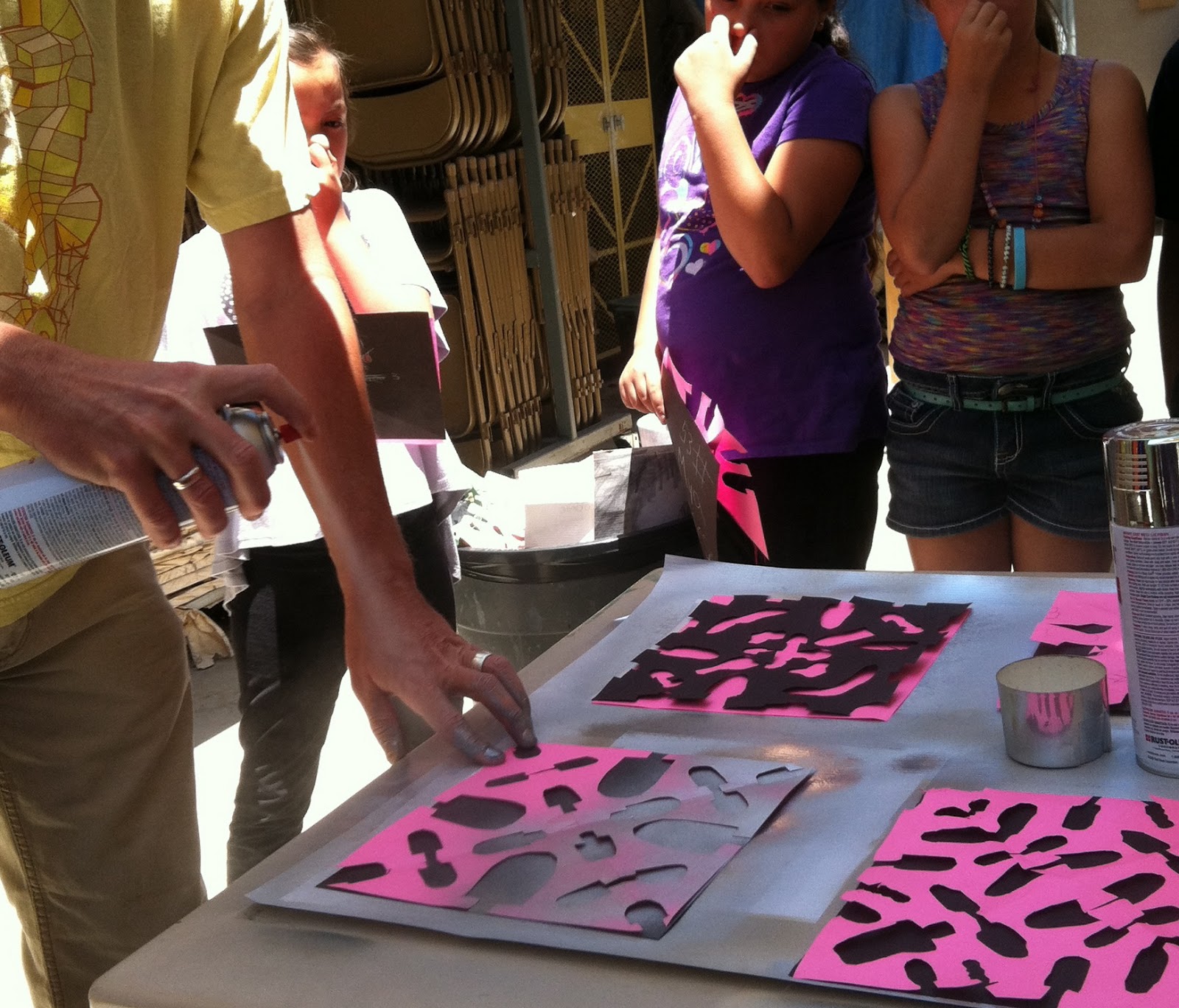 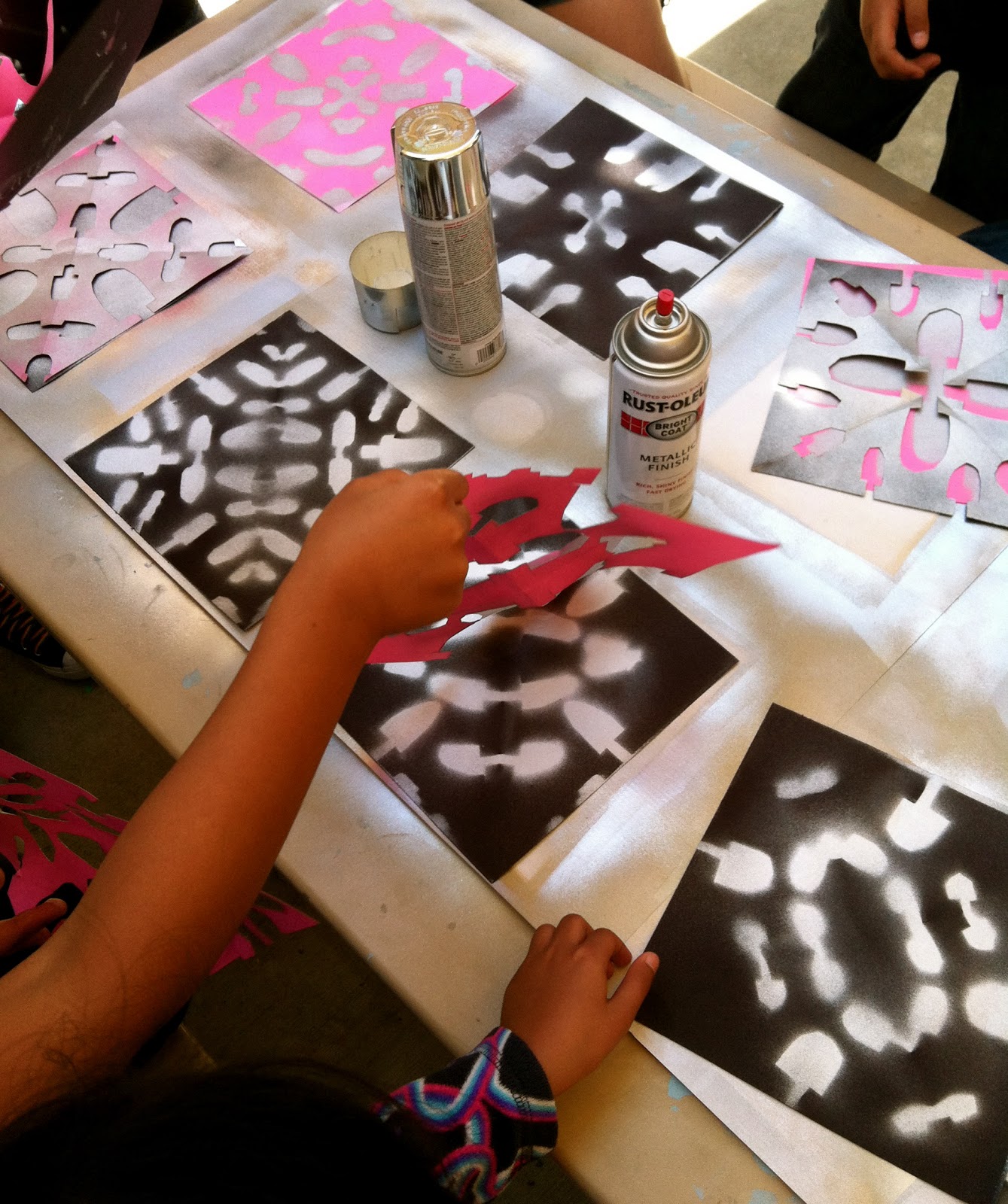 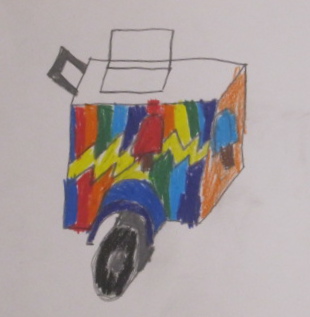 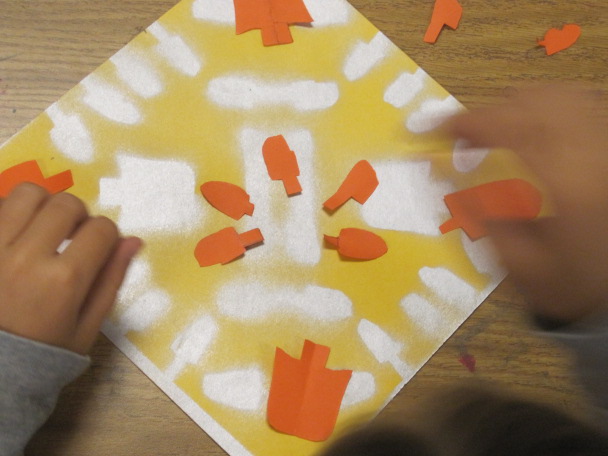 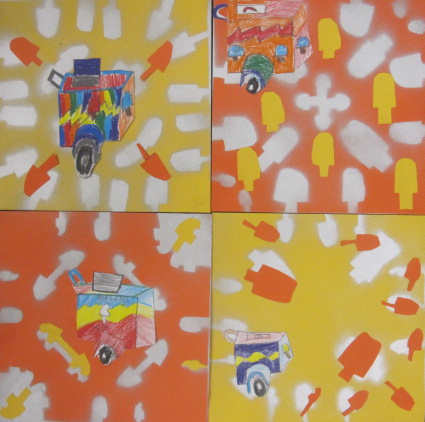 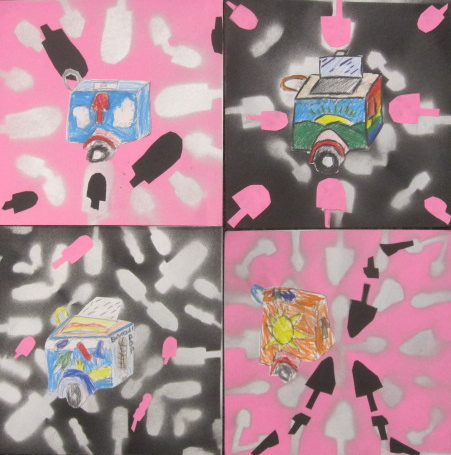 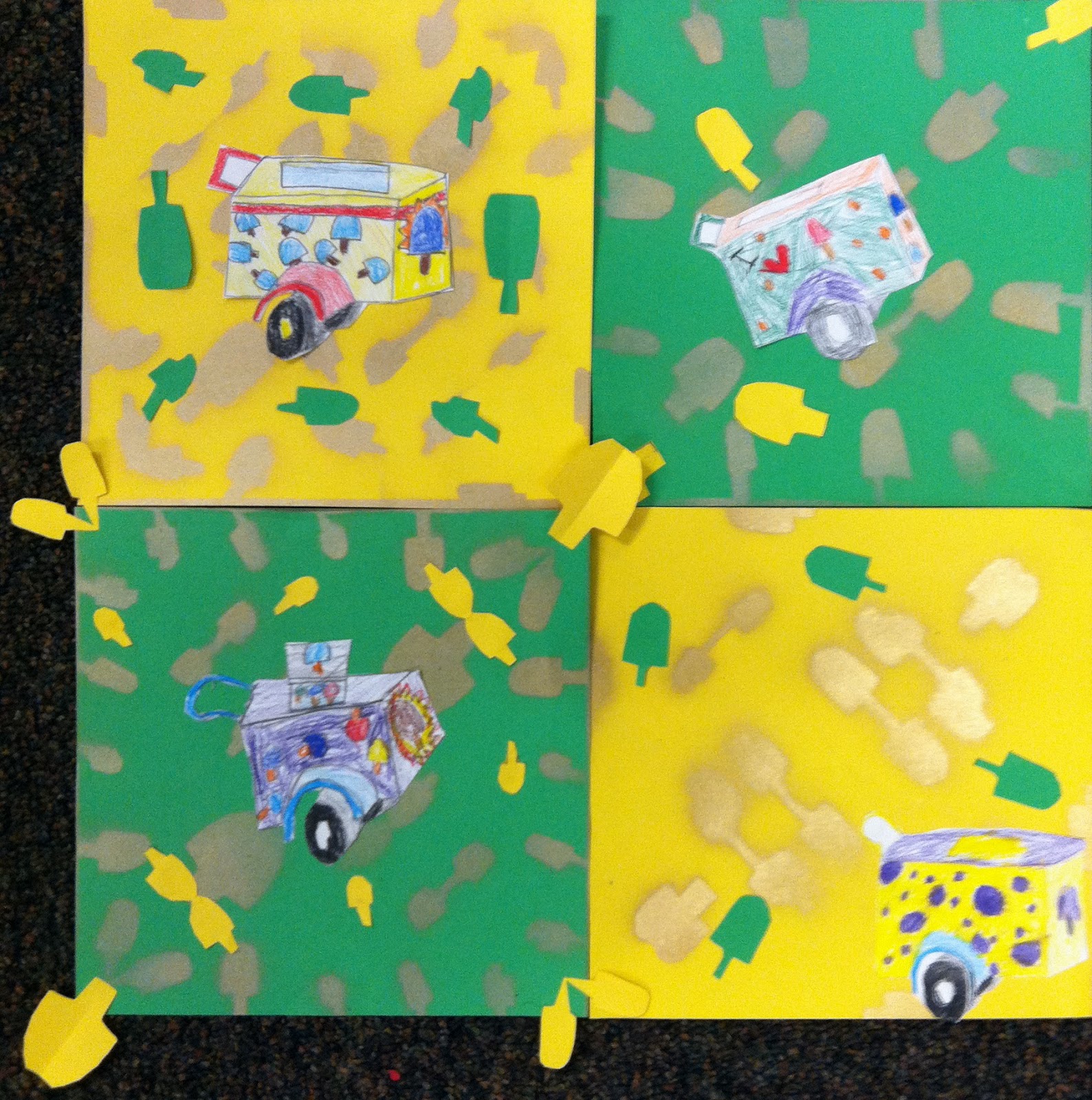 I'm about halfway through the 3rd grade classes this week, the results have been really cool, and I'm really looking forward to seeing what the other classes do.
Posted by dmasse at 10:06 PM