hearts abound with the kinders.


Last week I focused on dark and light once again with my kindergarten students.

Some classes looked at an image by Canadian illustrator Andrew Kolb, while others made an image inspired by the work of British textile designer Lu Summers. The classes that used Andrew's image as their source used hard and soft pressure to create light and dark. The ones that used Lu's work created light and dark by adding more lines to their stamp. 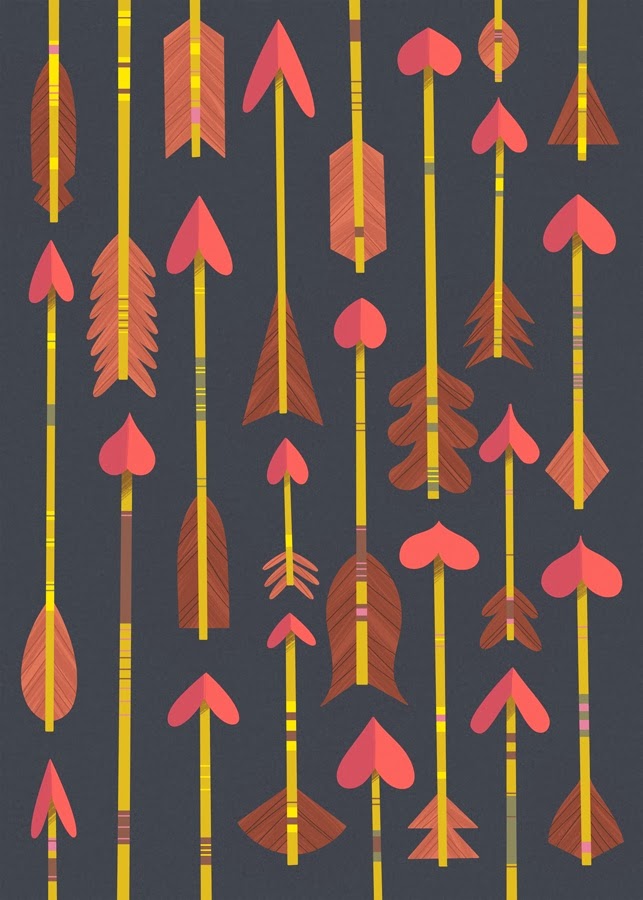 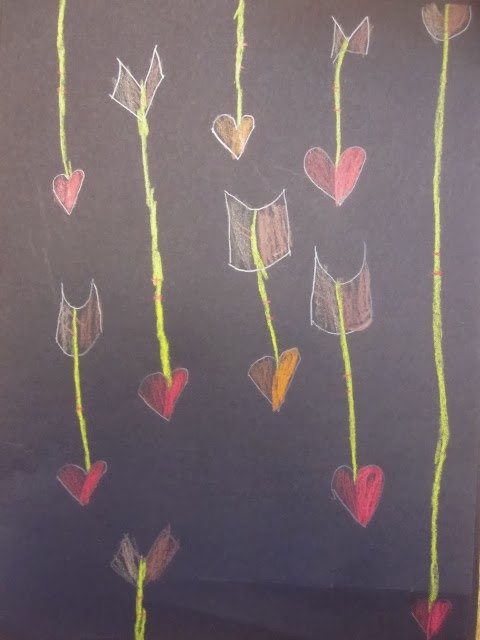 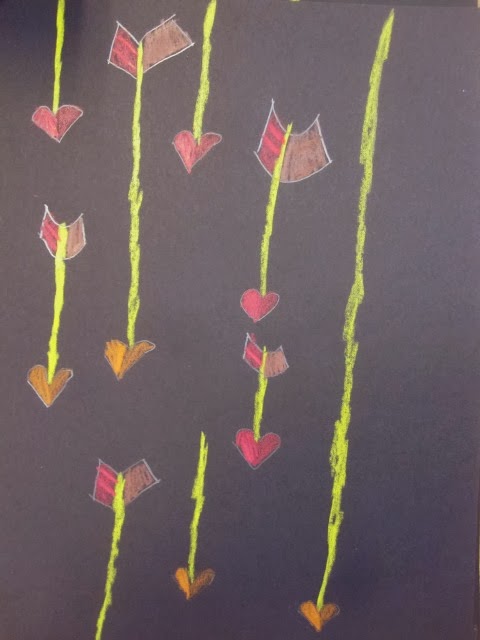 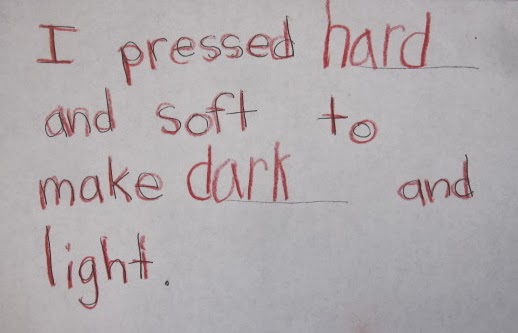 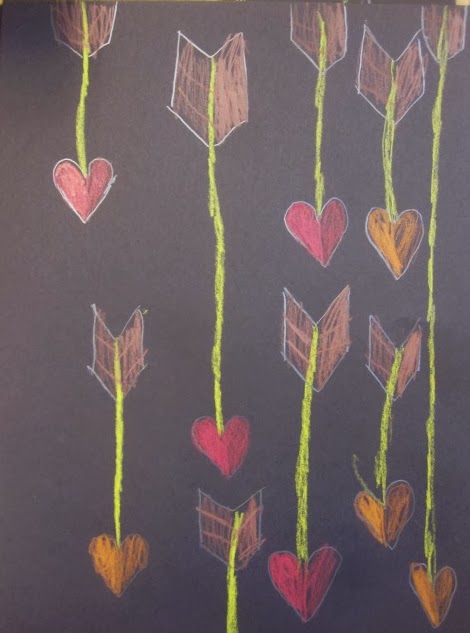 I ended up switching projects because I felt the kinders were struggling too much with the shapes in their heart arrow drawings. I switched drawing materials first, and then to a printmaking project when I still wasn't satisfied with how many kids were achieving success. The classes that did the drawing activity will do a print project later in the year when I focus on texture with them.