I was watching the snowboarding events of the Olympics a couple weeks ago and I was really taken by the designs and banners along the course. I loved the variety of patterns and colors. I did a little poking around on google and found out they were inspired by various arts and crafts created in Russia. The patterns also represented the different communities of Russia. How cool! 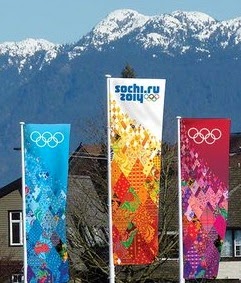 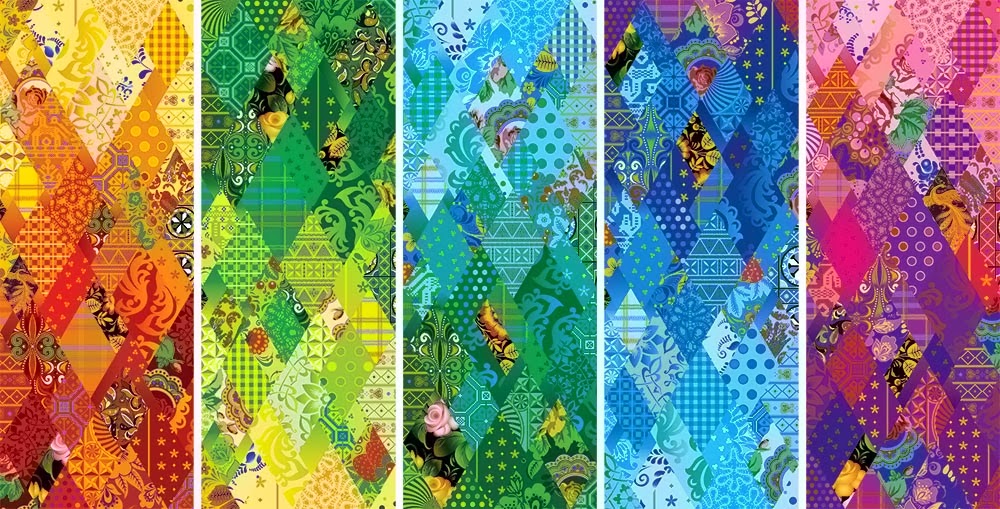 So, this week I had my 4th graders play with this visual and conceptual idea as I introduced them to analogous colors. We started out by talking about color families and students picked a set of colored paper of one family to work with. We then used a stencil to divide 2 pieces of paper into 6 equal units. Once these were cut we talked about how you would write the total number of pieces they had as a fraction. I told them that they wouldn't end up using all of the pieces and asked if they were to use 8 of the pieces, how would they express that as a fraction? We looked if we could simplify this number by finding a common multiple. 8/12 = 4/6, but we could simplify this even further to 2/3.

I got a lot of "Hey Mr. Masse, I didn't think this was a math class" sort of thing, but they rolled with it. The 4th graders are working with fractions in math right now, so it was a pretty cool way to tie in with their math curriculum.

Once all the pieces were cut, we assembled them into a diamond pattern. How they arranged the colors was up to them. I asked them to take one of their leftover pieces and half it to use in their design in some way and I asked them to quarter another and use it too. They did not have to use all their shapes in the design.

It was at this point that I shared the inspiration for the project and that since we didn't live in Russia we would use cultural patterns from our Zamorano community. So, I shared with them patterns from Mexico, Japan, the Philippines, Somali, Korea, and Africa. We have a wonderfully diverse student population at Zamo, so it was great to do a project that incorporated many of them. Their job was to use elements of these patterns to enrich their quilt design. At this point they did not have to stick with the color family they had originally selected. 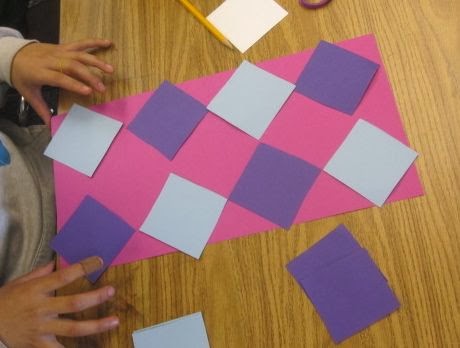 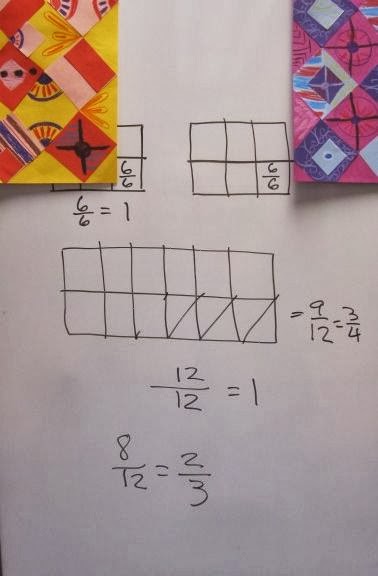 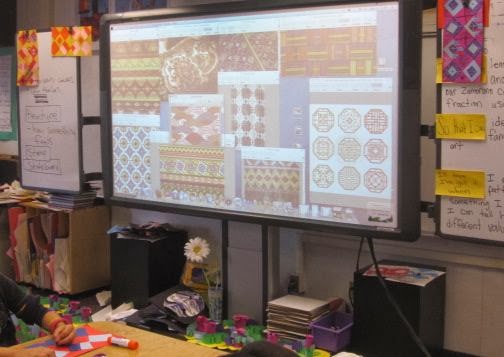 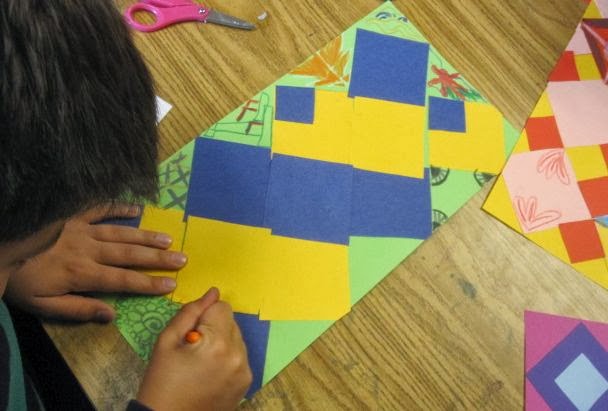 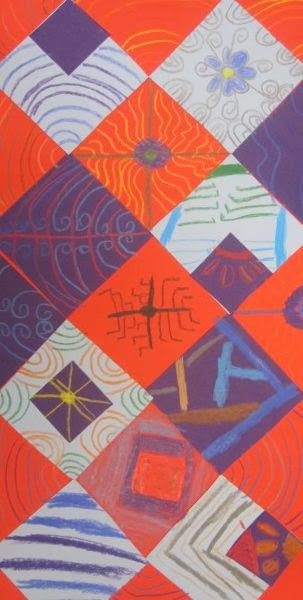 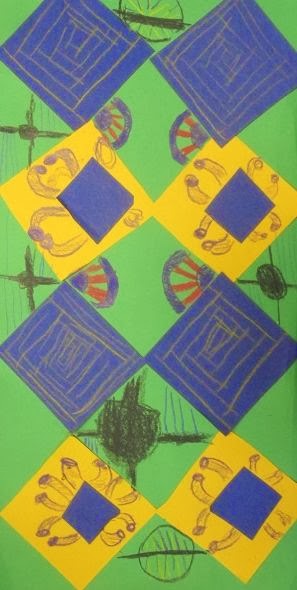 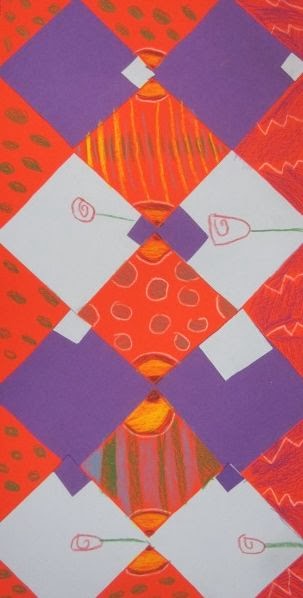 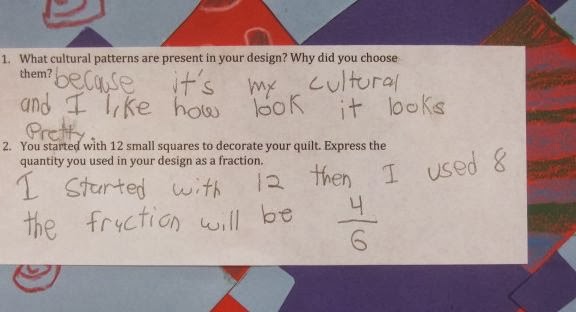 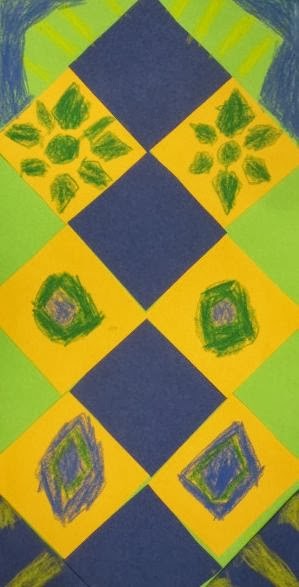 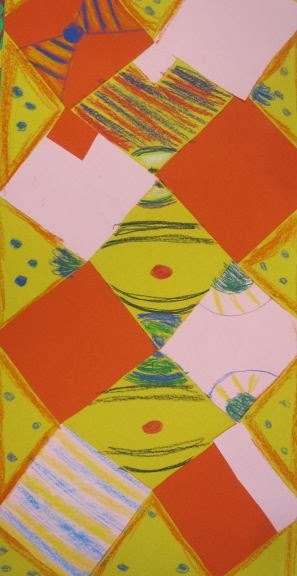 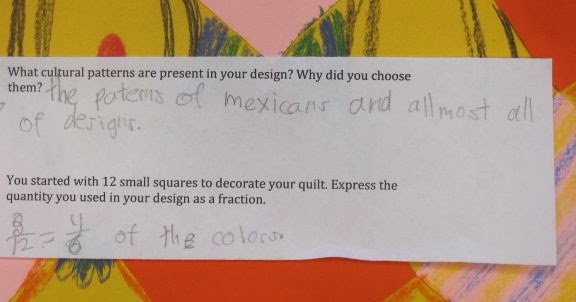 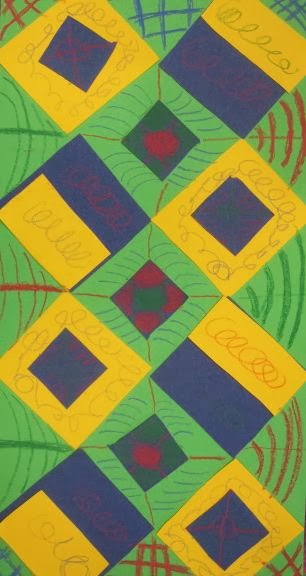 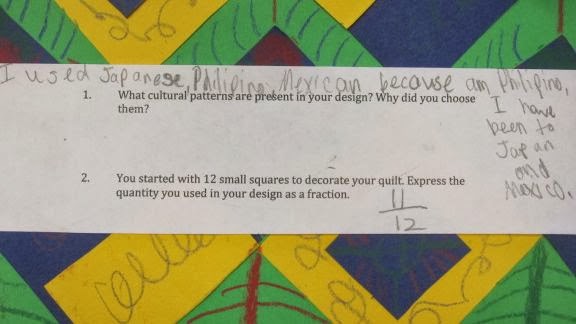 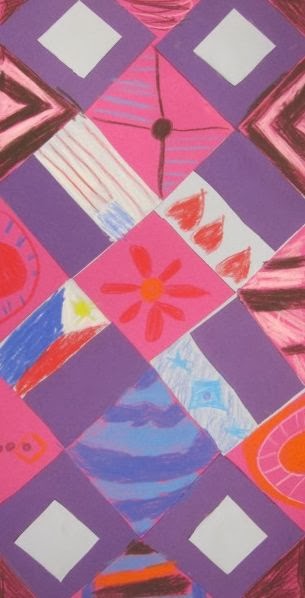 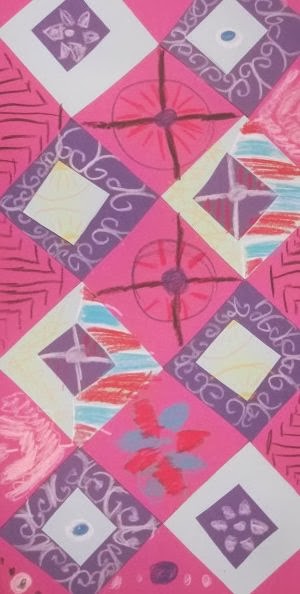 I'm thinking of doing an install similar to the Olympic banners for our annual art show in June.