The kinders are working on texture with the help of an illustration by Melanie Mikecz. 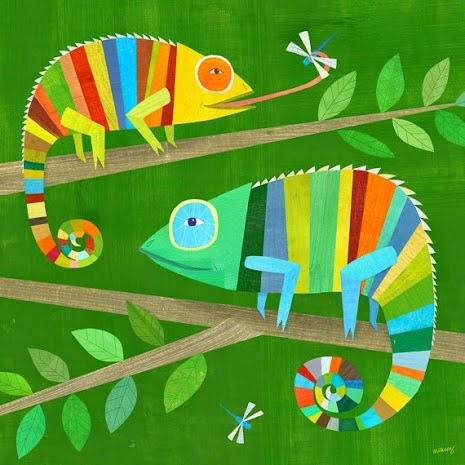 We talk about the main characters in Melanie's image, what type of animal they were, and what they can do that other animals can't.

I then showed them an example of the project and talked about texture.

We drew our chameleons together. We talked about pupil placement and mouth expression. Then I broke out the texture plates and did a demo of the texture rubbing that would fill their lizards and leaves. That's when I got numerous "ooooh, that's magic!" and I  replied, "no kids, that's texture!"

I love the variety in these, even though the drawing portion was directed. Easy tie-in to Eric Carle's Mixed Up Chameleon, too:) 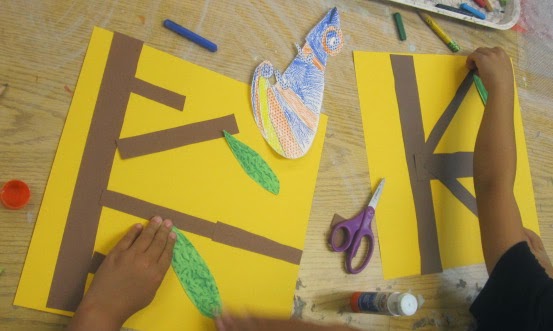 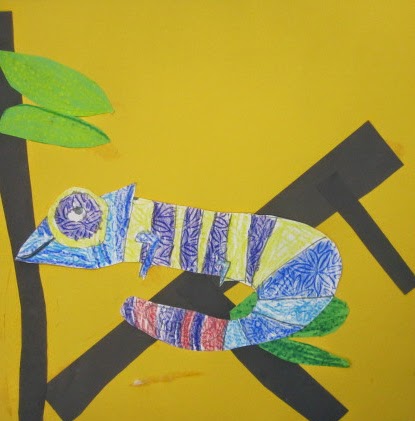 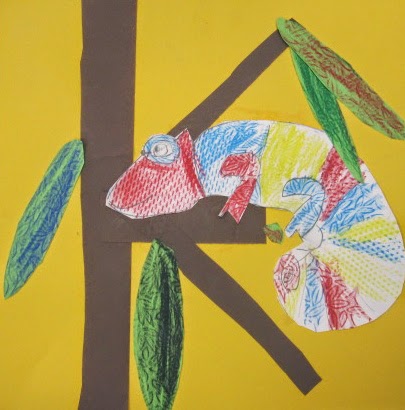 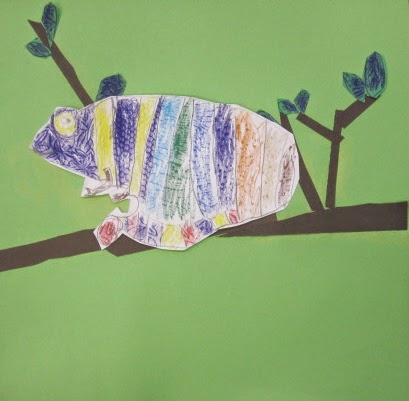 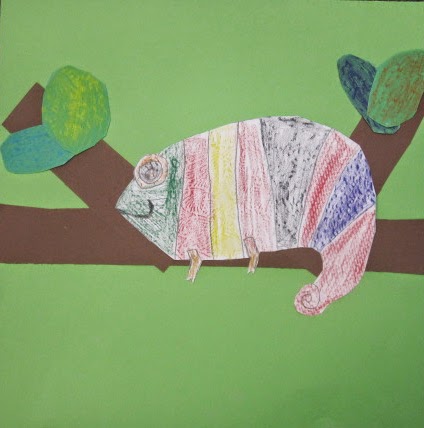 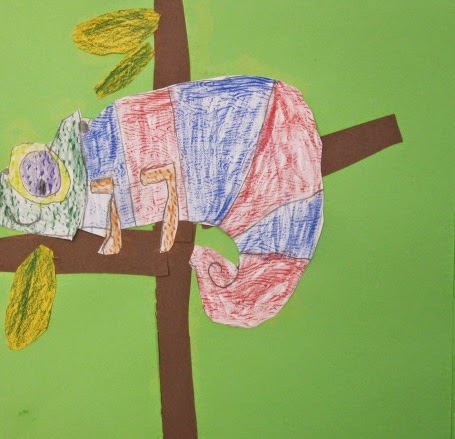 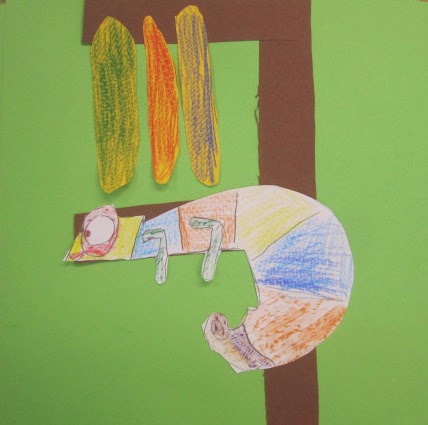 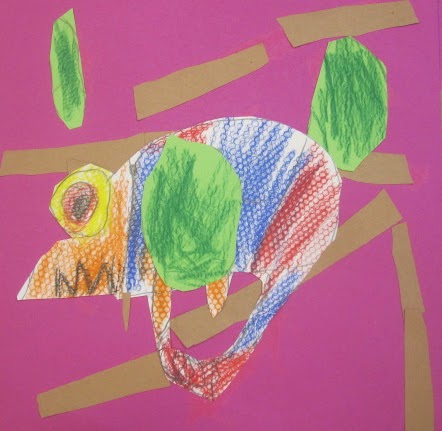 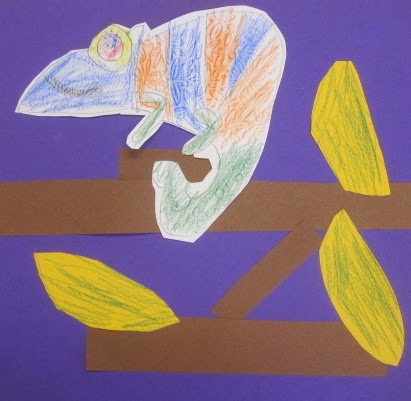 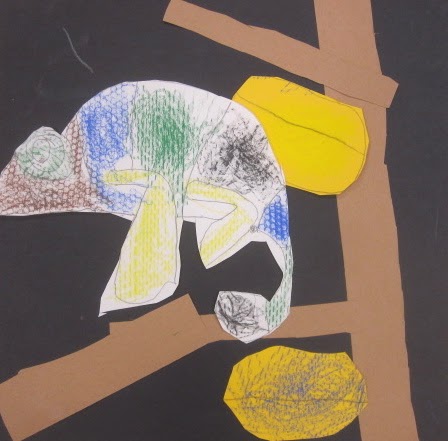 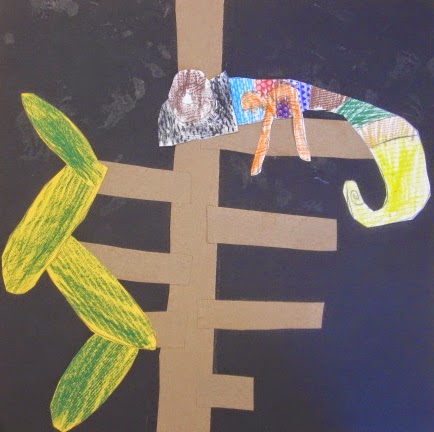