The 3rd graders continued their line unit this week. I shared some mask drawings that designer and illustrator Marcos Roman made. Marcos works for Hallmark designing greeting cards, which is another career/job choice for people looking to make a living with visual art. We talked about how he uses contour line to create simple and complex shapes, as well as using line to create patterns in those shapes. I also explained that Marcos has drawn inspiration from various cultures around the world. 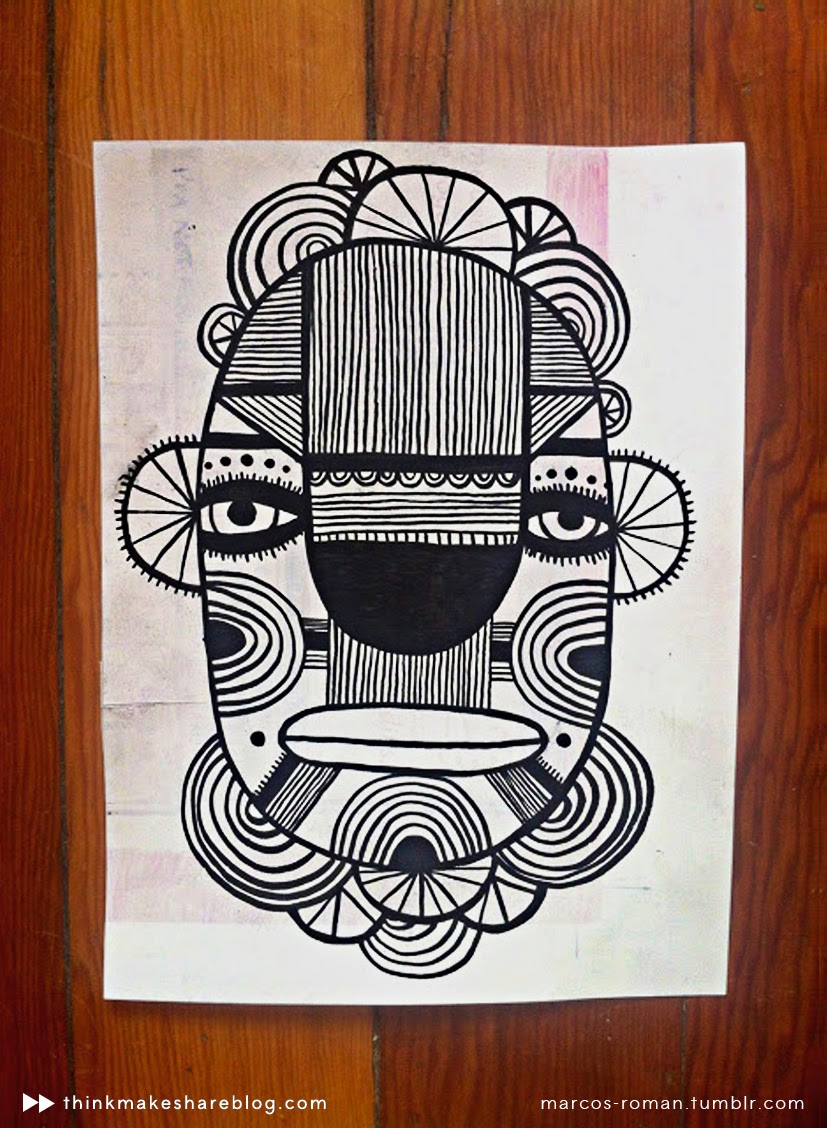 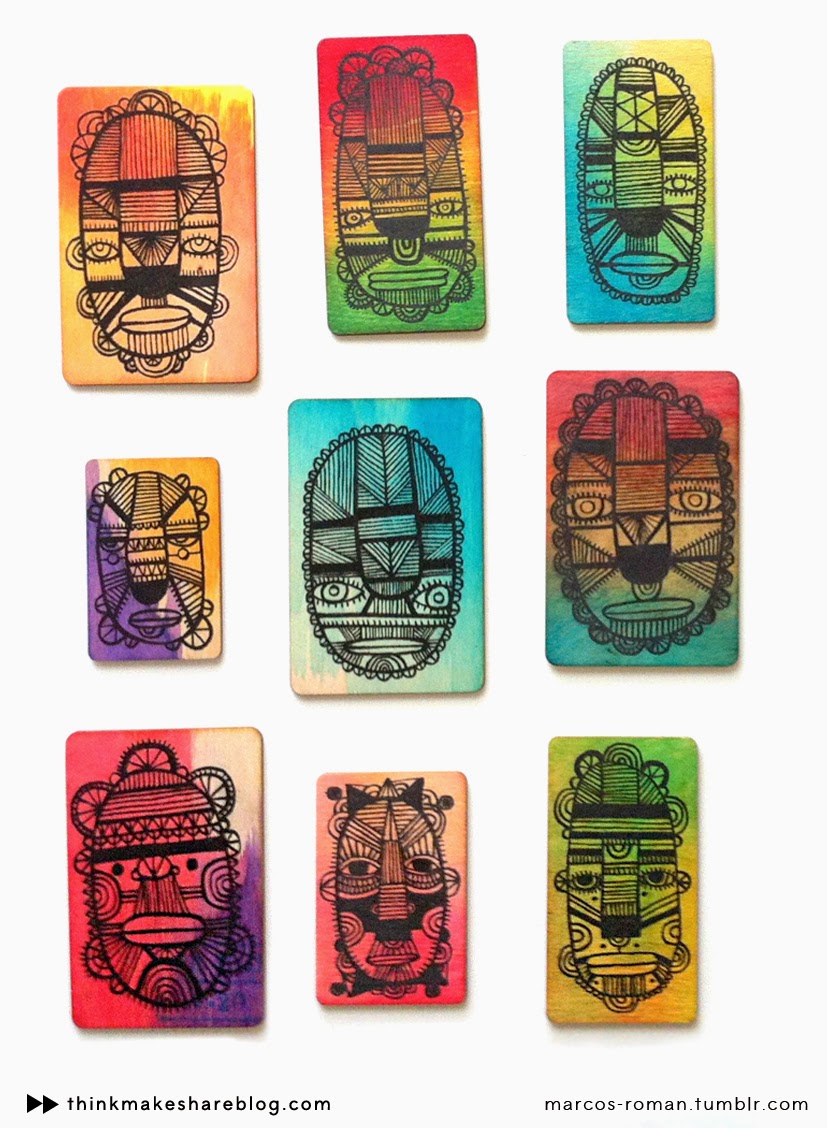 Before starting the hands on project, we talked about what "similar" means. I brought out an example of their eye drawings from the previous week and asked students to identify how the two works were similar to each other. Students volunteered response and I told them they would have to write how the 2 were similar as their exit slip for the day. (ELA common core 3W1-write opinion pieces & support point of view with reasons)

Students drew their head shapes first, added facial parts with geometric shapes, filled the facial parts with pattern, and traced their lines with a sharpie. Once their drawing was traced I gave them each a wide sharpie to create lines that were thicker than others. Students finished their drawings by "coloring outside the lines". They used color sticks to create a color field across their paper. I modeled holding the color sticks on their side to create large areas of color. I also emphasized to press softly, so their designs would not get lost. 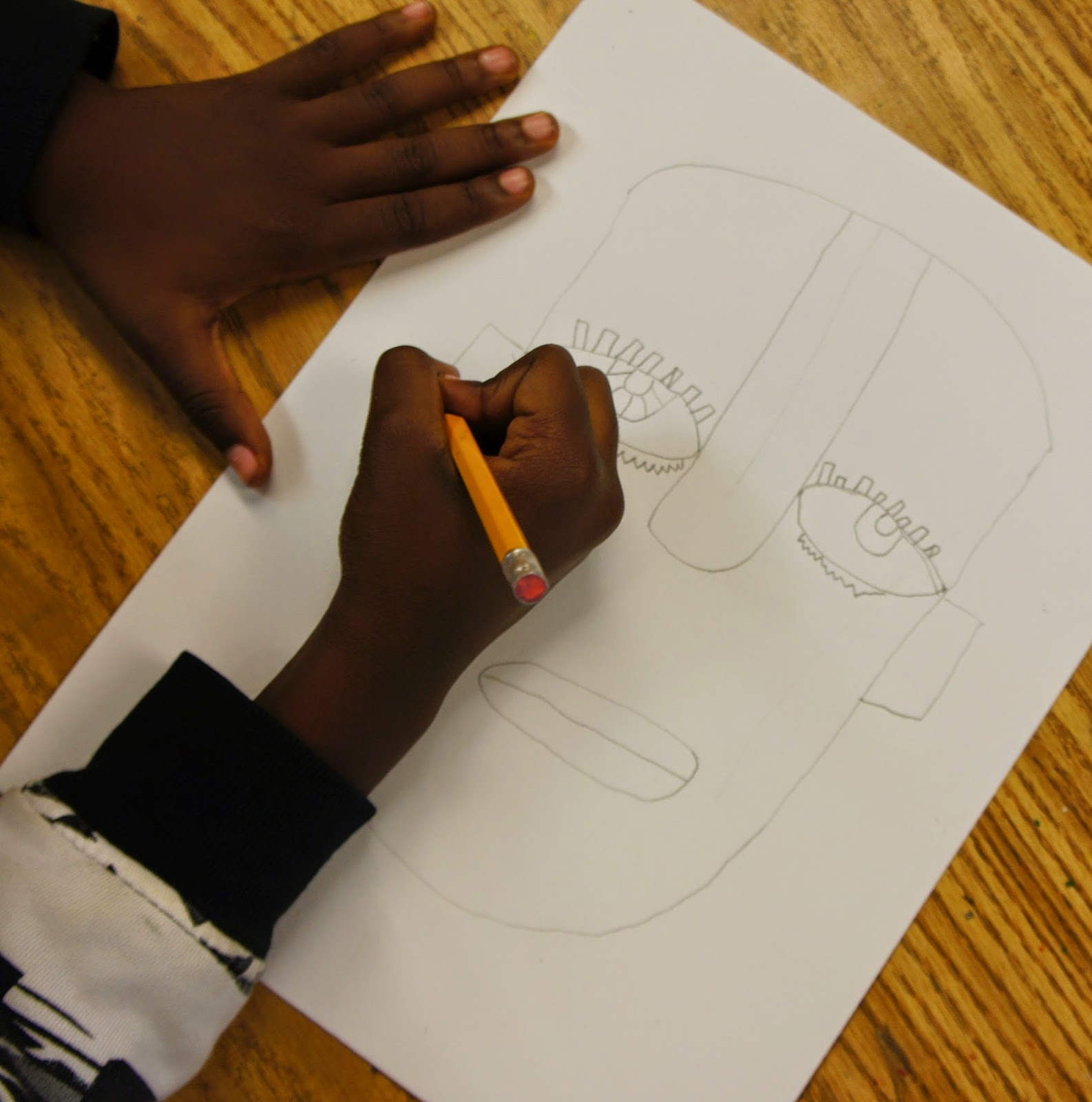 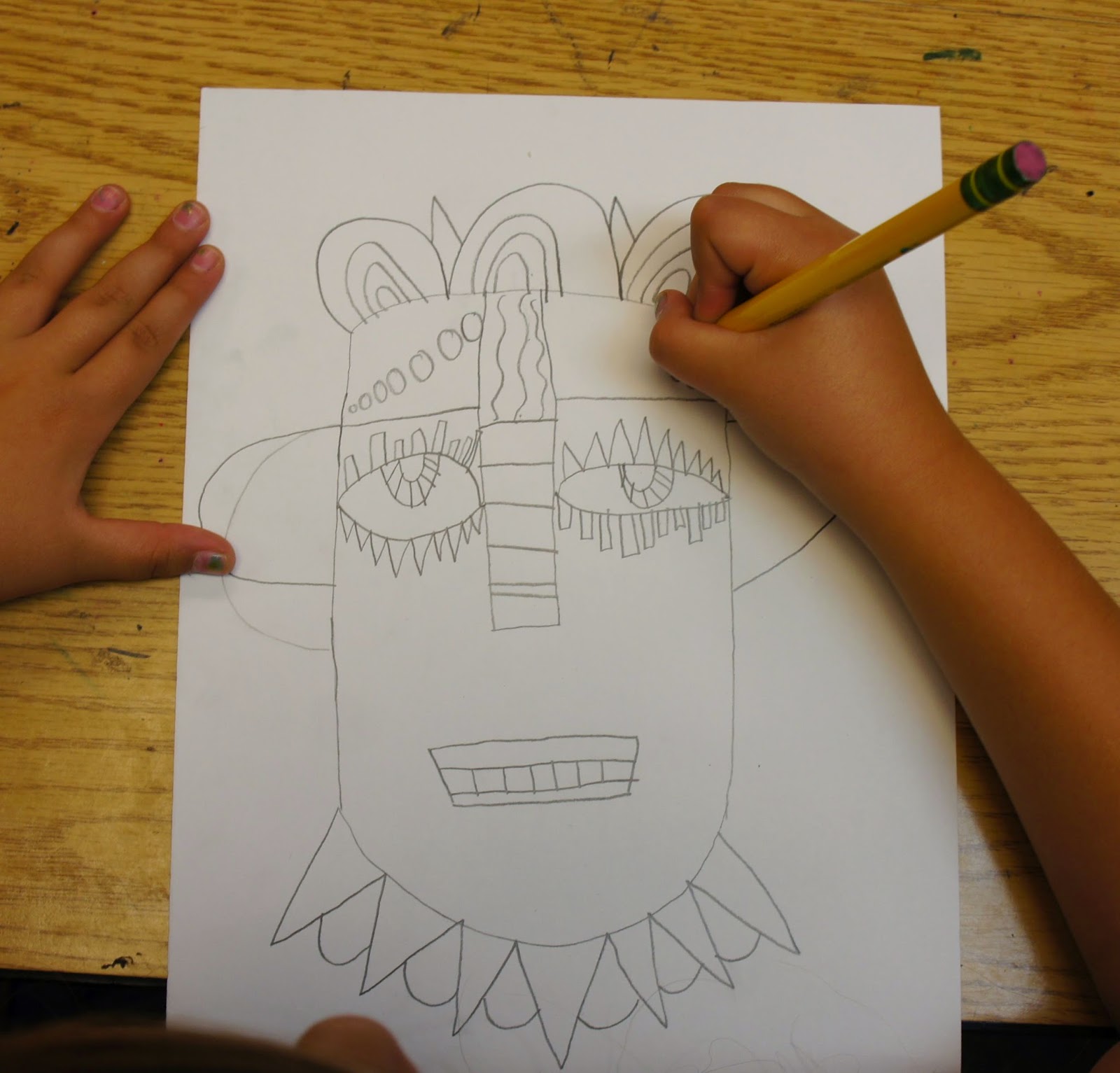 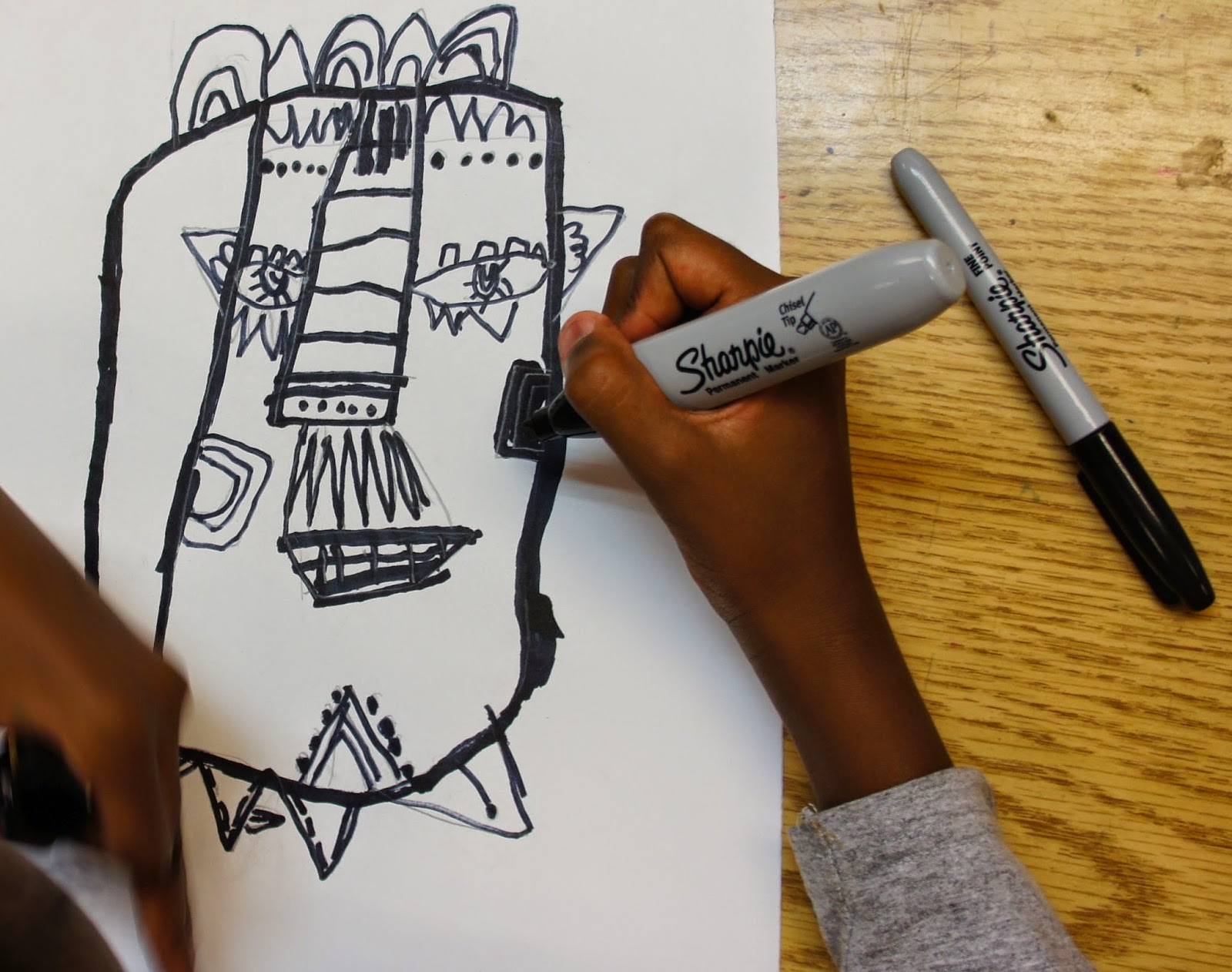 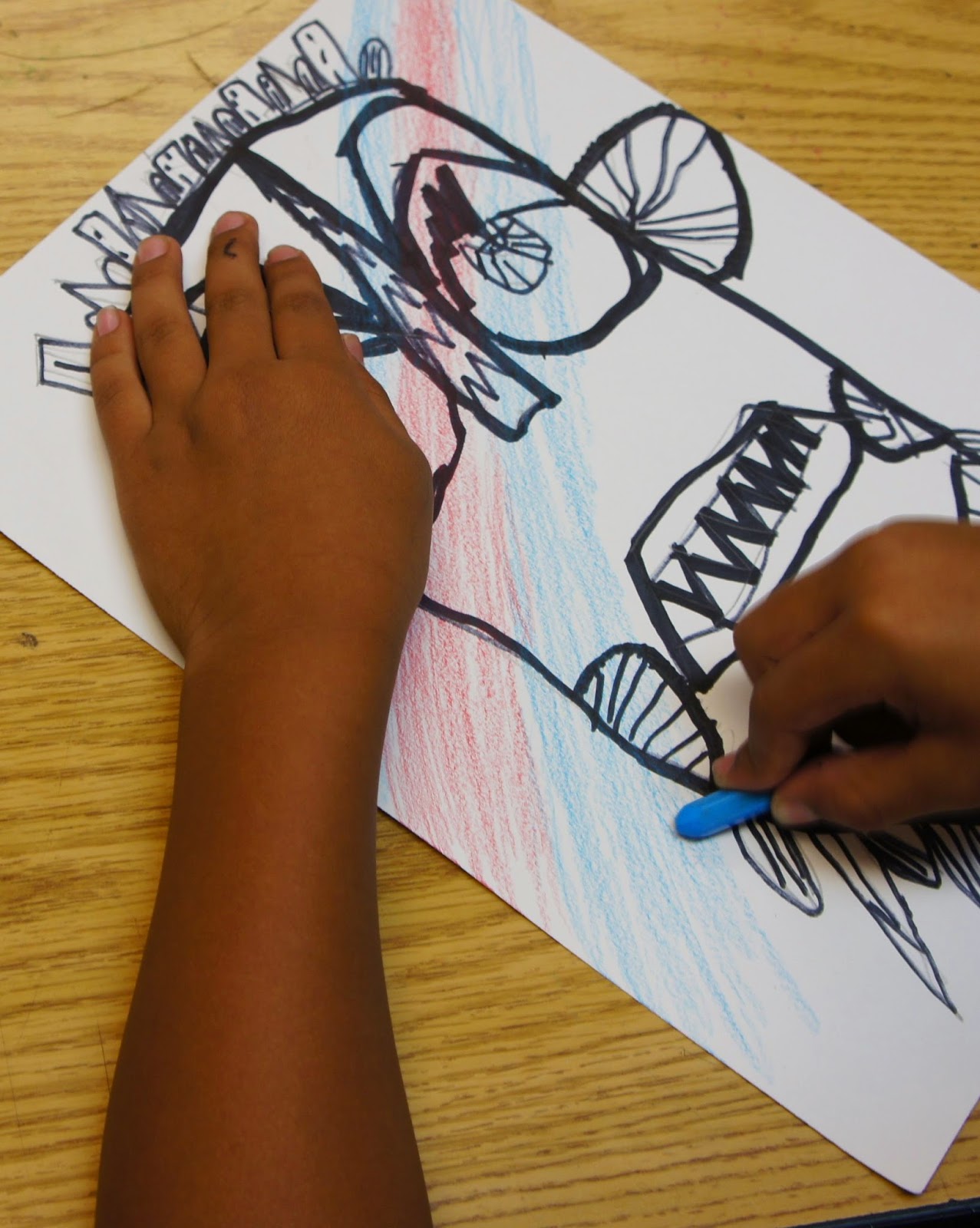 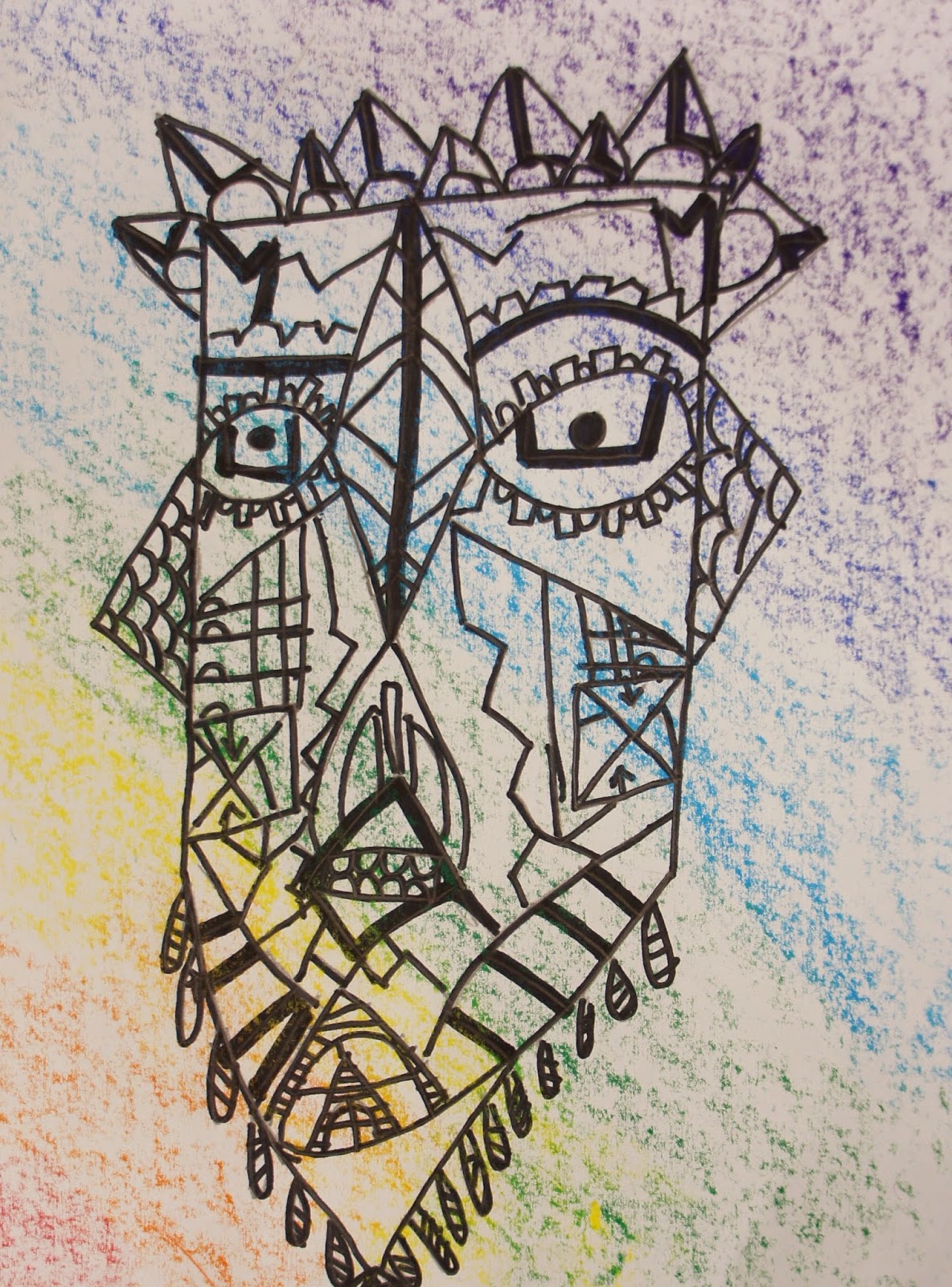 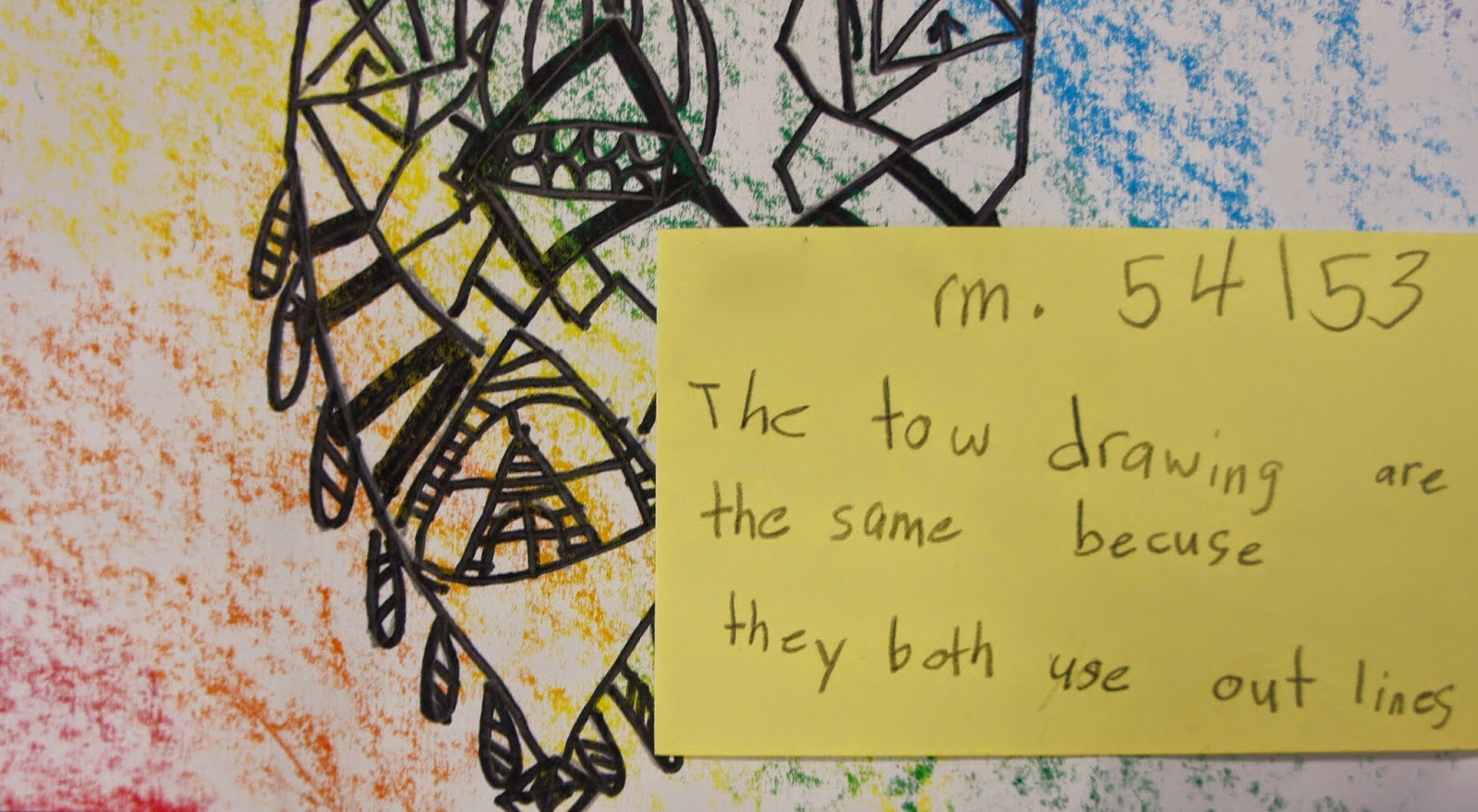 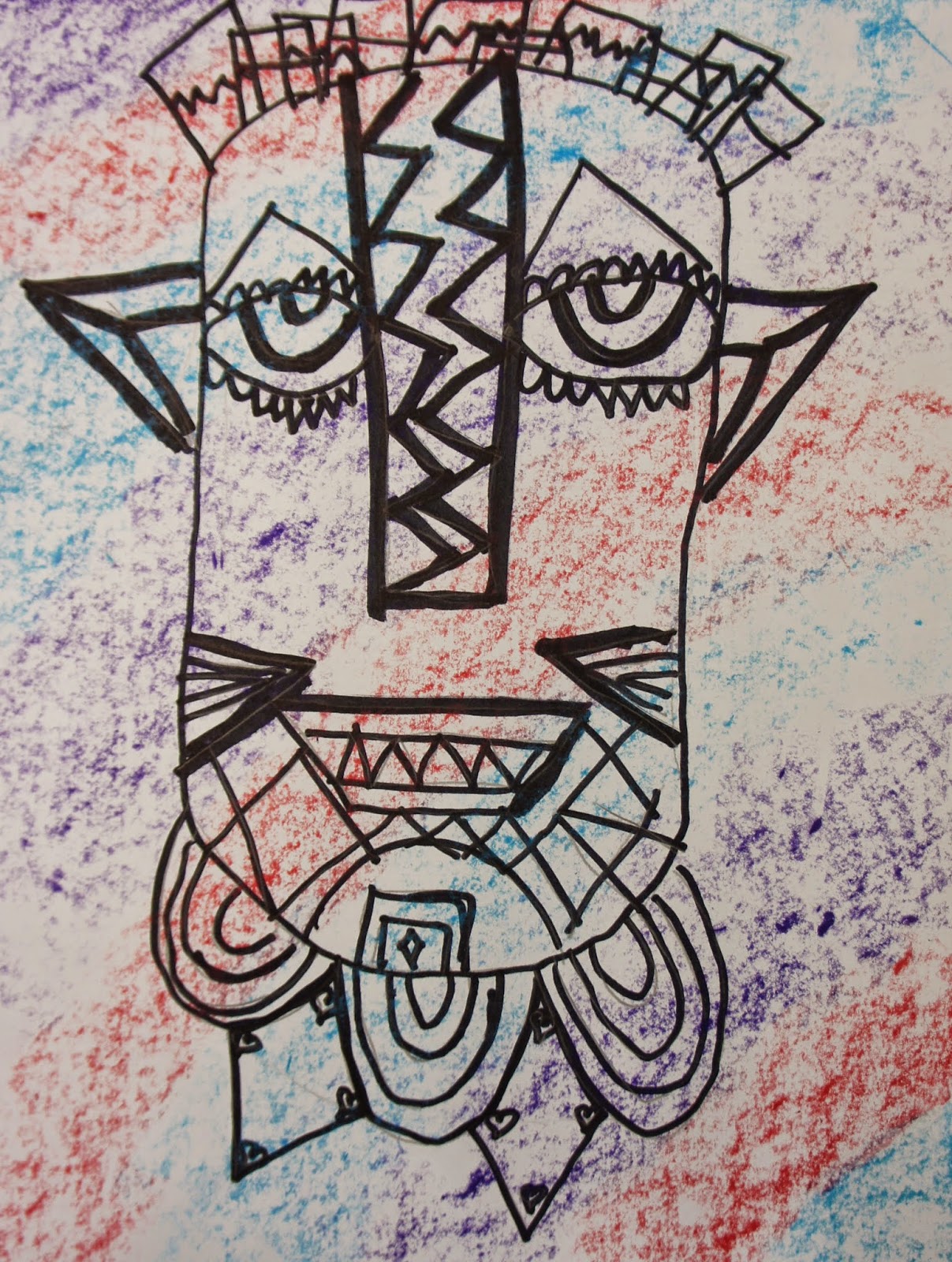 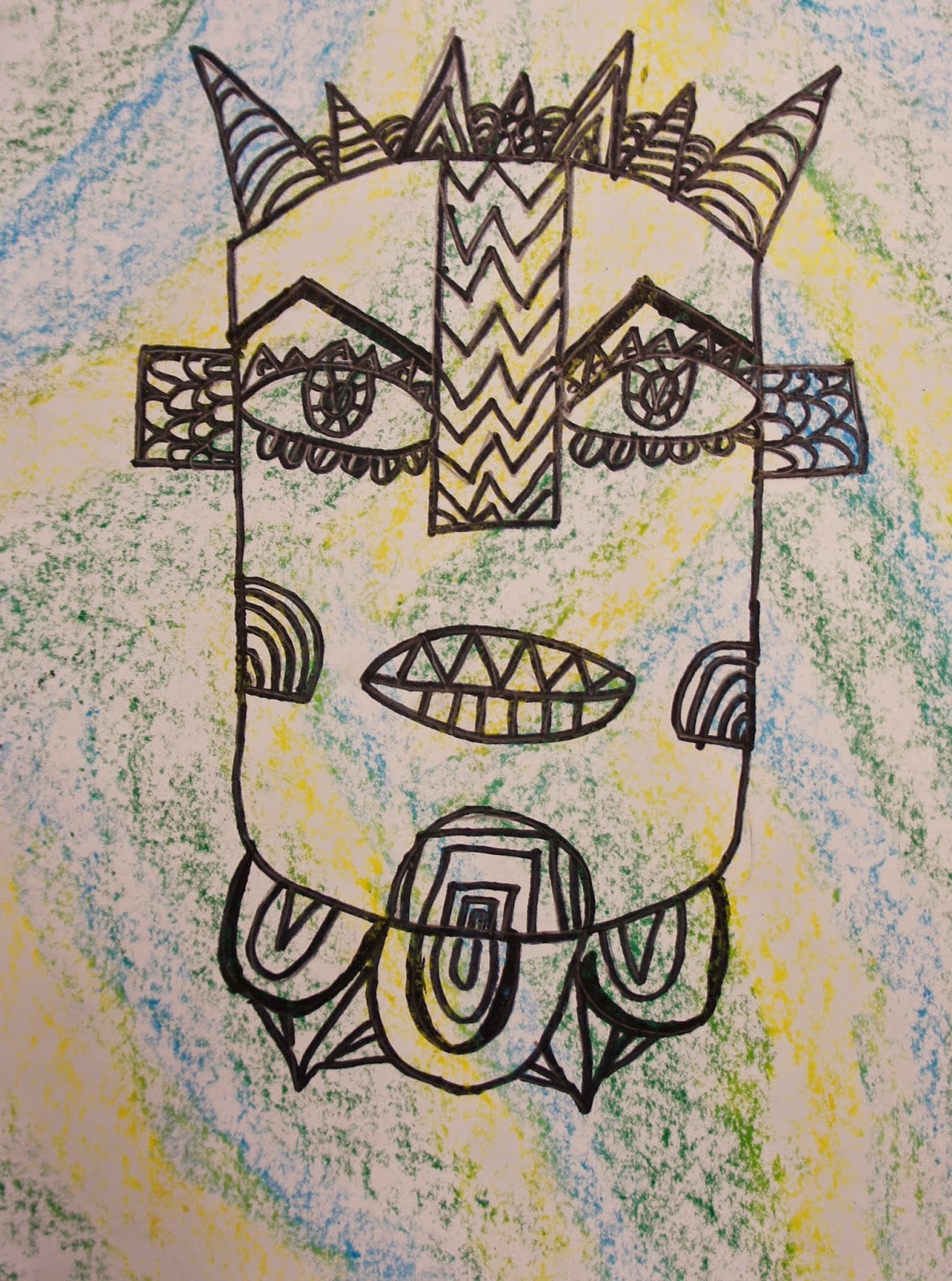 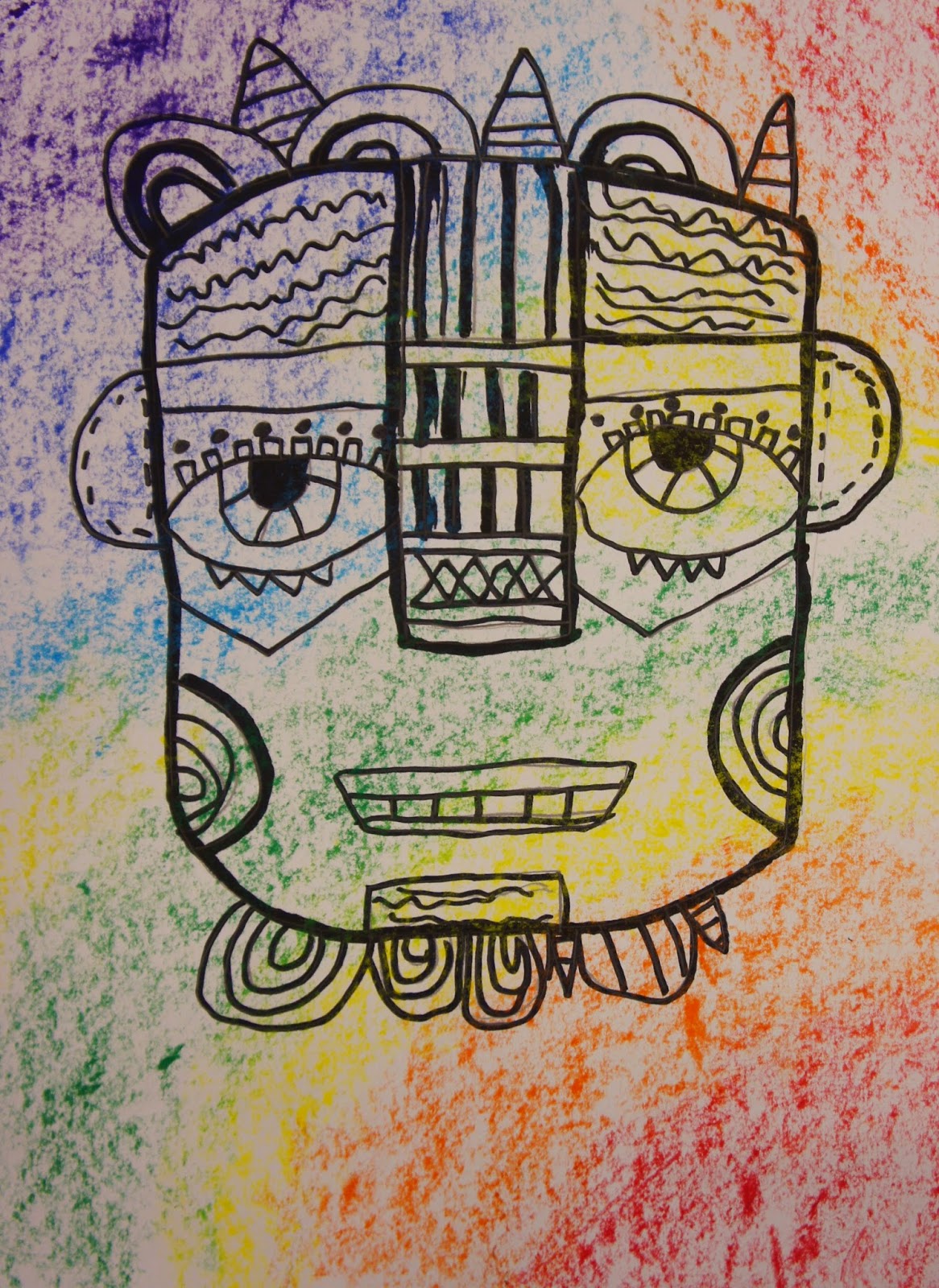 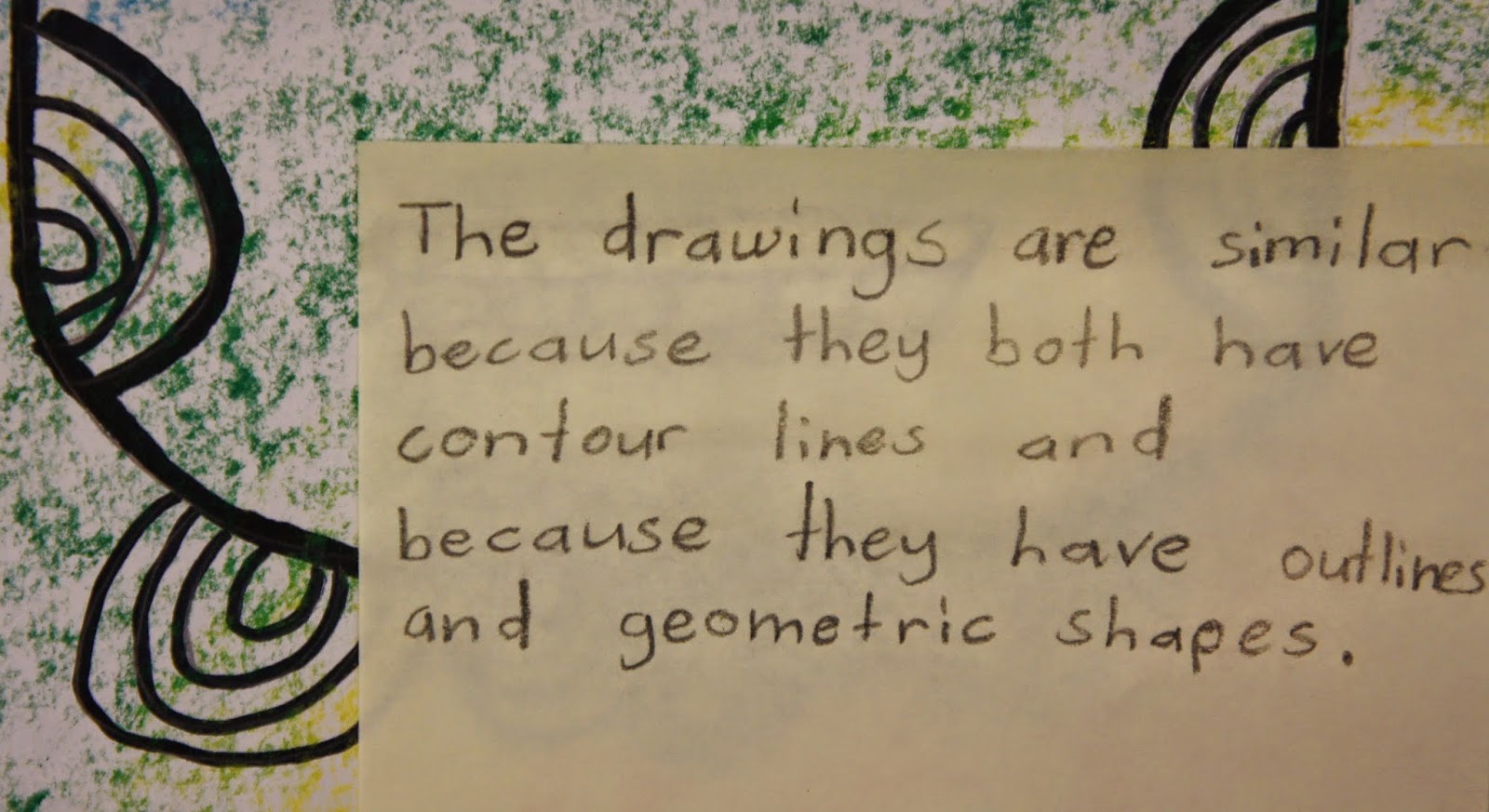 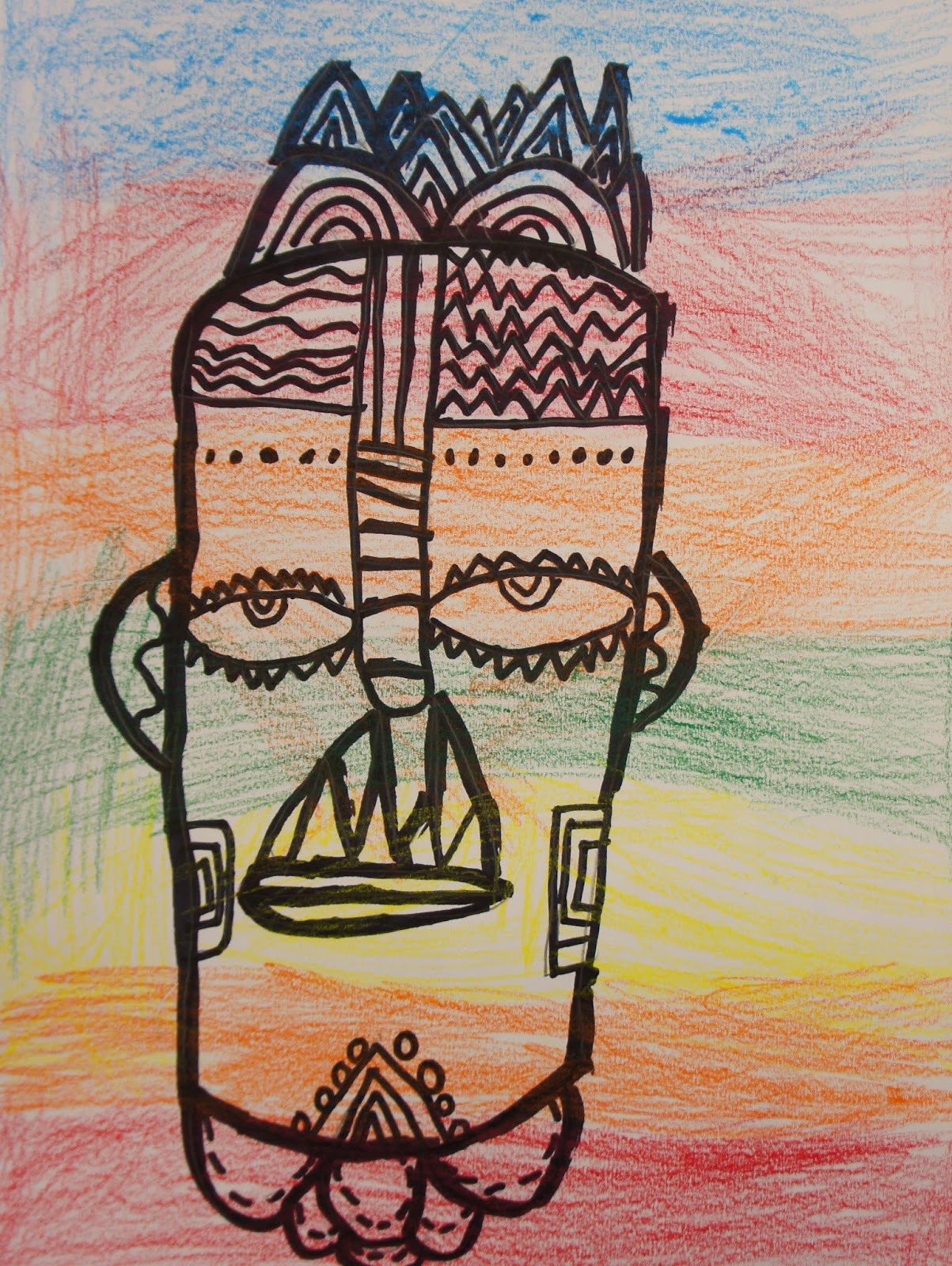 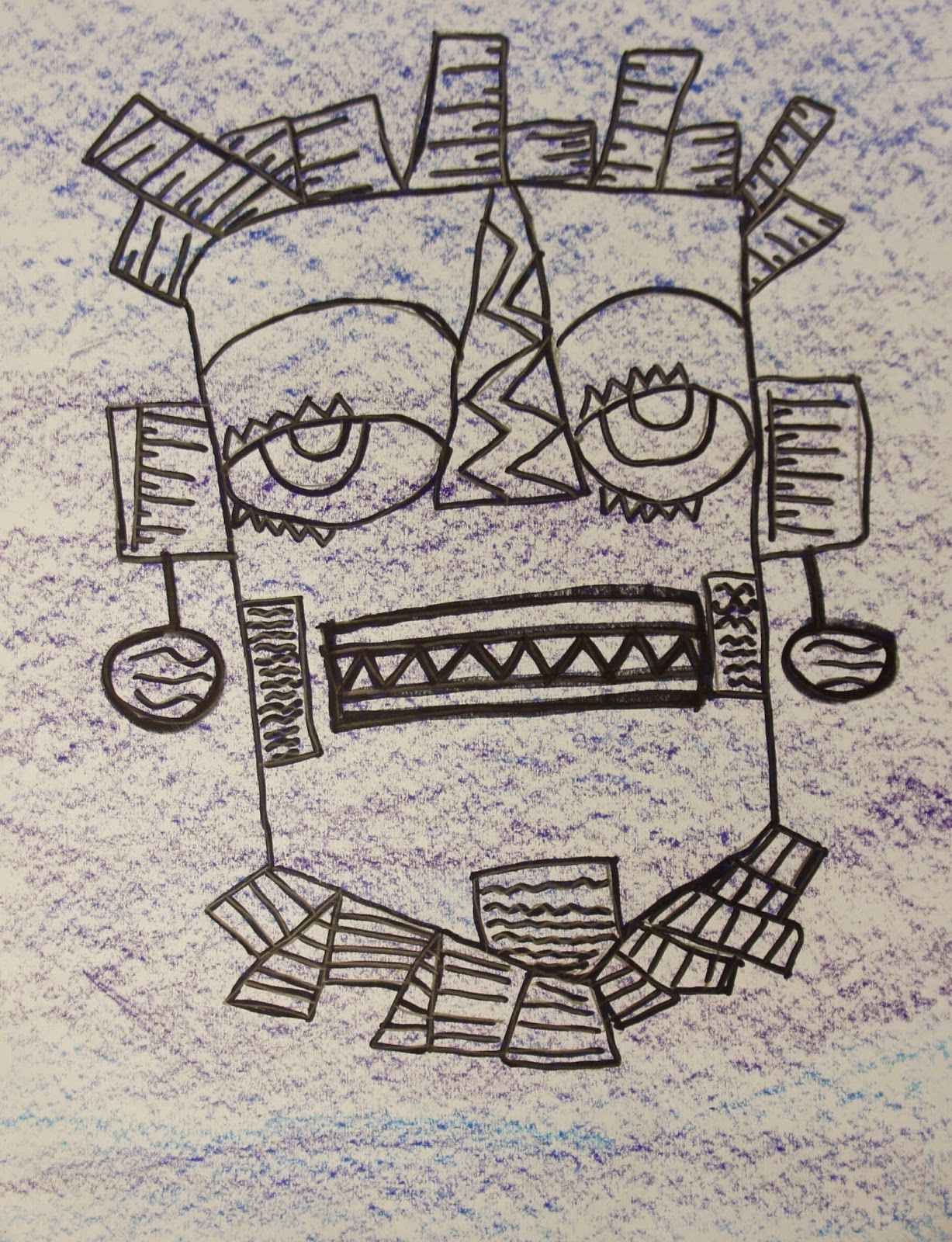 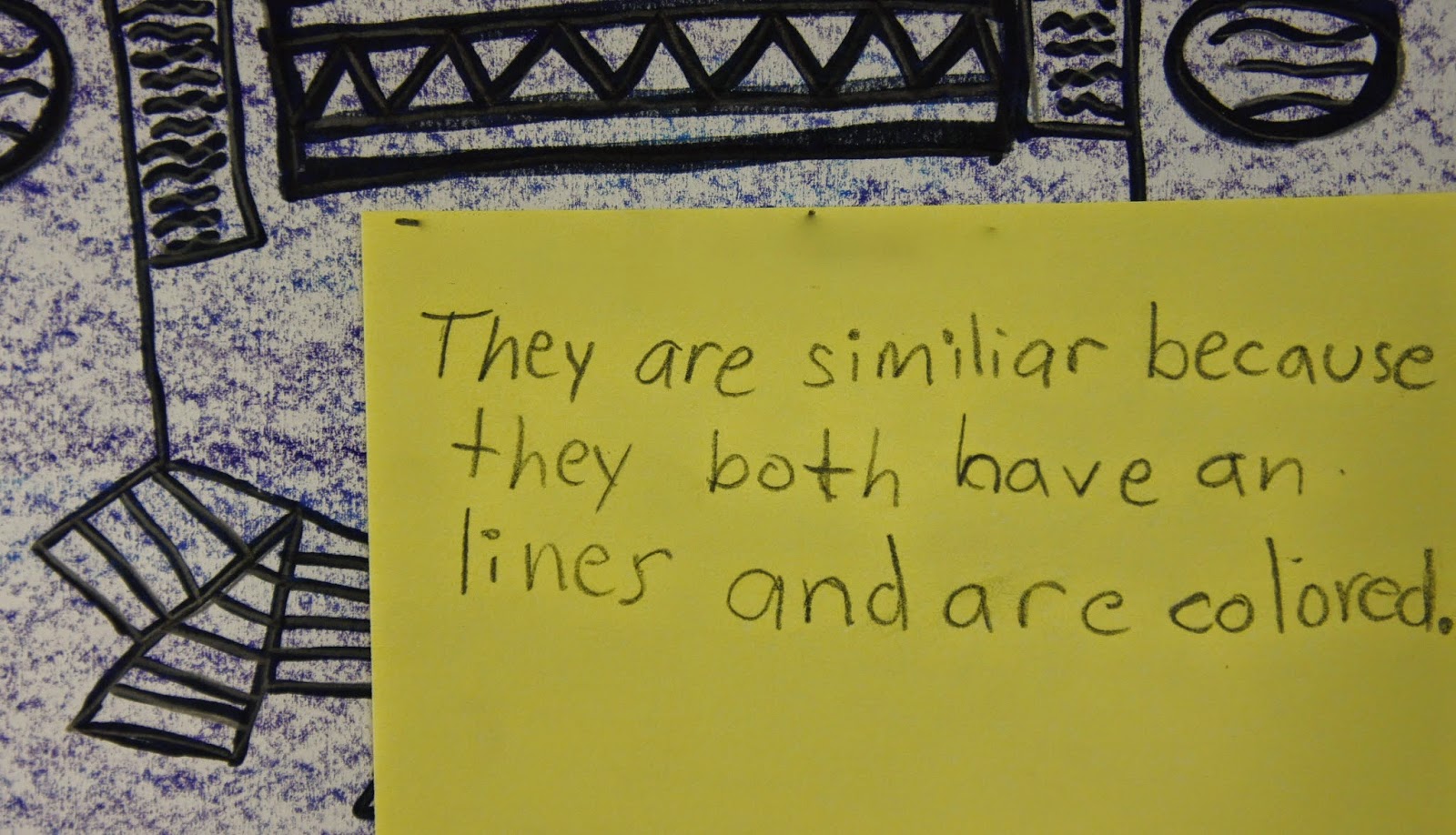