Interesting week with my 5th graders. Started the week with a lesson that did not pan out how I thought it would, so I switched things up and did this project inspired by a piece of concept art from the movie Coraline. (I'll share the results of the first project later this week.) The objectives stayed the same- using analogous colors to create unity and possibly mood, and creating depth with contrast and some perspective. I scaffolded the lesson and skills needed more and I'm pleased with how the 5th graders are achieving these objectives.

The focus image this week was made by Japanese illustrator and concept artist Tadahiro Uesugi. I love his sense of style and color. A few years ago the kinders and I did a project inspired by one of his illustrations.

We started the lesson by reviewing how the students used tints and shades to create depth and volume in their Hubble telescope and thunderclouds drawings from their last rotation. Then I shared 2 images- one was the concept art image and the other was a digital still from the completed movie. I shared that the role of a concept artist is to create a sense of what the settings and characters of a film are going to look like. Compared to the finished digital stills that make up a movie, concept drawings or paintings are often looser in style. It's up to the animators or also in this case, stop motion animators (everything you see in the film was actually built by a team of artists, sculptors, and designers) to fine tune the look and add the details in shape, value, and texture that make the final film look so realistic.

Students then collaborated in small groups to compare and contrast the images. They shared their responses with the class and I created a class list on the board. I encouraged kids to change or add to their findings if they heard any responses that they felt were stronger or more appropriate than theirs. My plan is to have them use this info in an entry slip at the beginning of class this coming week. 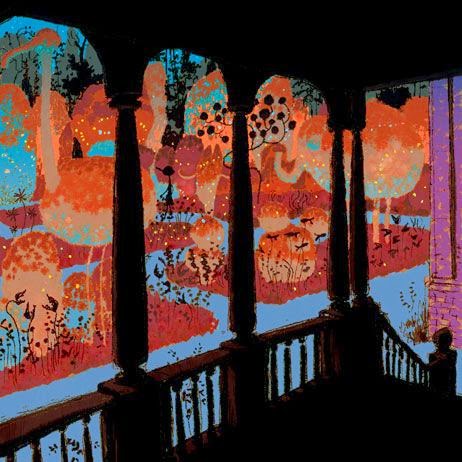 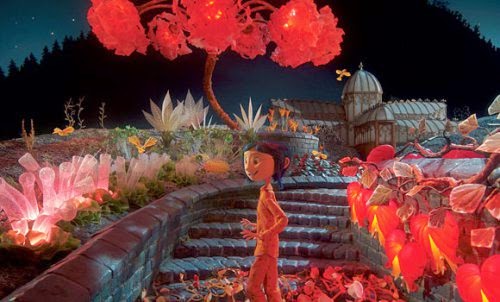 Lastly, we talked about analogous colors (color families) can be used to create unity and mood in art.

The students role was that of a concept artist and to create a garden scene similar to our focus image. Students sketched a couple ideas out and we practiced using converging lines to create depth in the porch. They then picked a color family to work with and used chalk pastels to draw it. The final step was to use black oil pastel to make a porch shape pop out and contrast against the background. 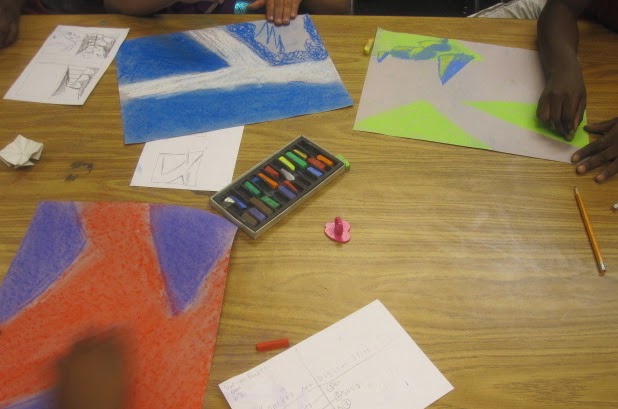 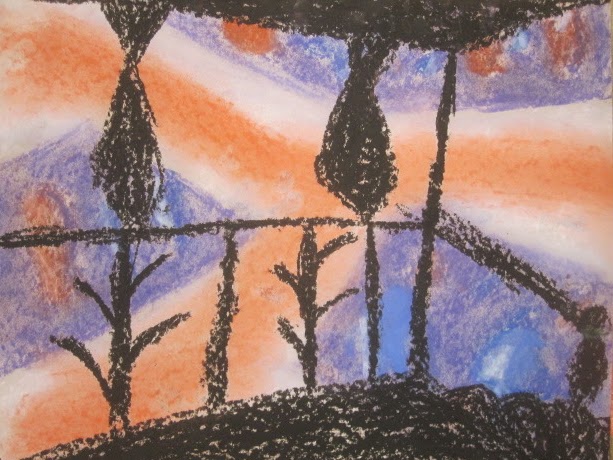 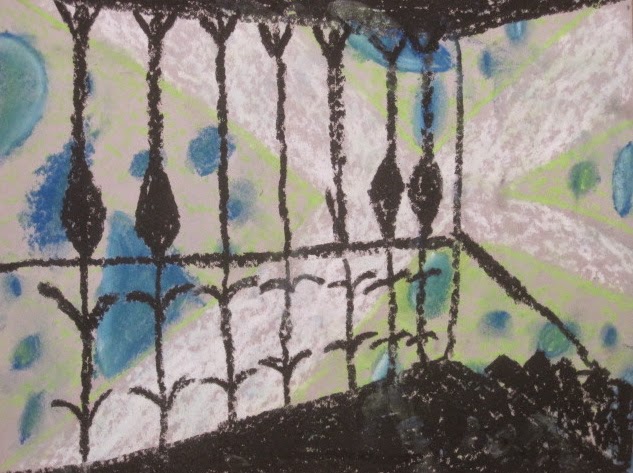 some of the porches look architecturally sound. 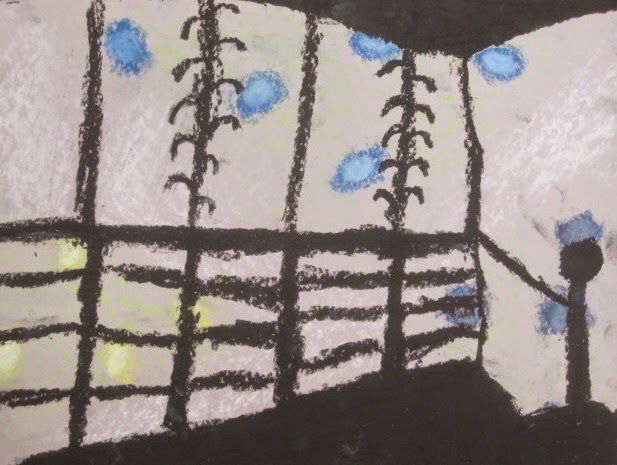 others have a bit more character and wear on them:) 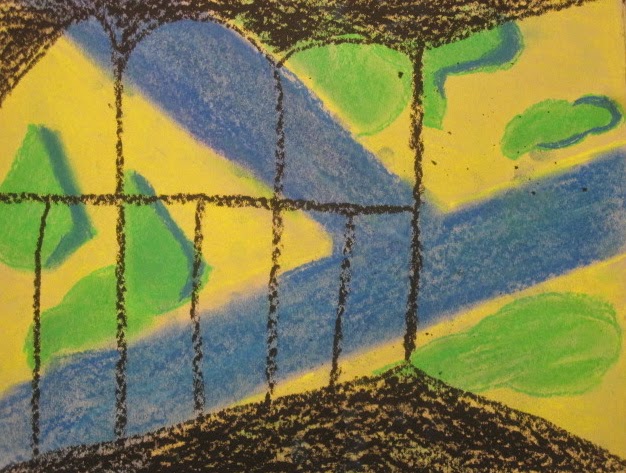 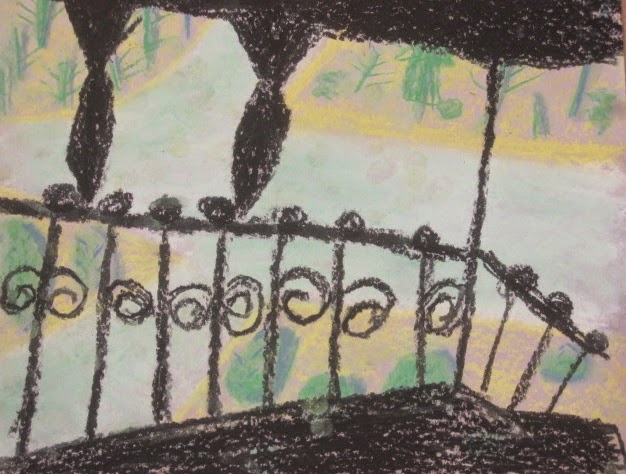 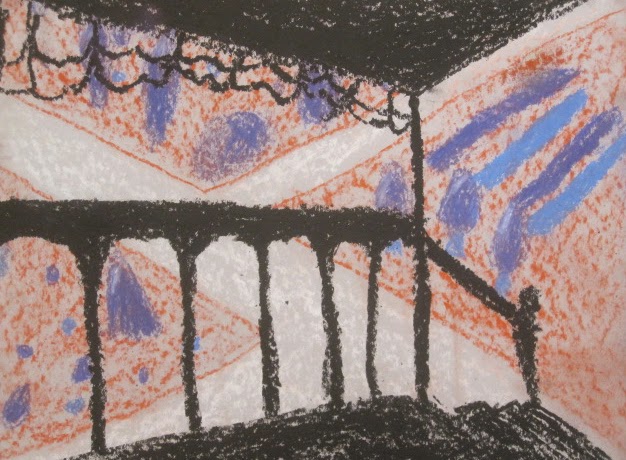