if you were a concept artist...

and you're job was to create the look of a secret hideout for one of the character's in an animated film, what would it look like?

This was the prompt that greeted 2 classes of 5th graders when they came in to my art room last week. I gave them about 10 minutes to write what that place would look like. They could describe anything about it. This was definitely new territory for them. I have never asked anything like this of them before, although they have done a couple creative writing exercises as part of exit slips when they finish their projects. Some kids were stumped, others jumped right in. I emphasized that they should attempt to create something original, not just copy another animator's character and/or setting. I also informed them that they would be making drawings based on their written descriptions, so the more detail the better. 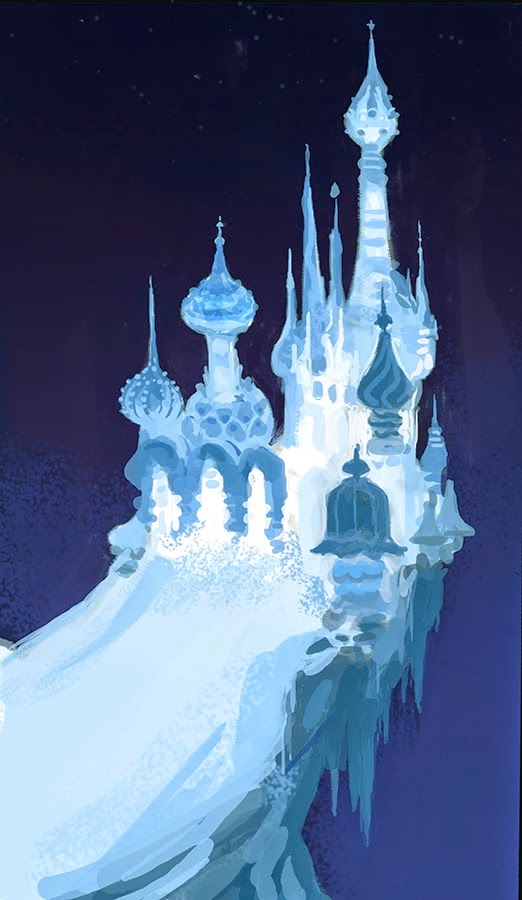 When their time was up, I shared these early concepts for Elsa's castle from Frozen. We talked about why she built it where she did, and how the colors create a strong sense of mood in the pieces. I used this to introduce how artist's can use analogous colors to create unity and mood in art. 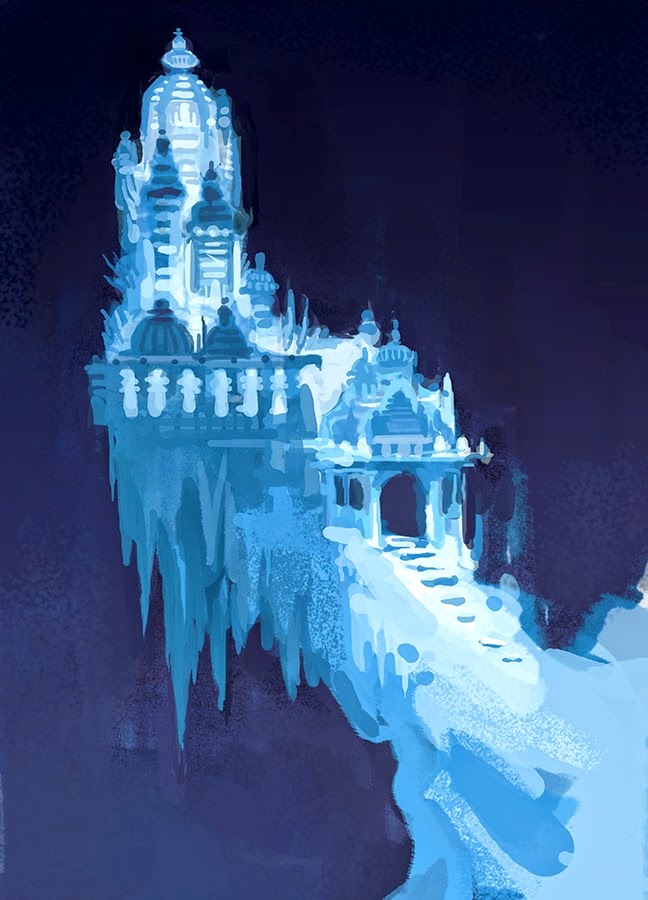 From here, students were to make a couple sketches based on their written work. They brainstormed in writing and were now making rough drafts for the larger drawing. Once they had their sketches done, they moved on to their final drawing. I emphasized that they needed to use only one color family. When selecting their analogous group, I asked them to be thinking about WHY that set of colors. We also talked about the use of tints and shades to create depth and volume. 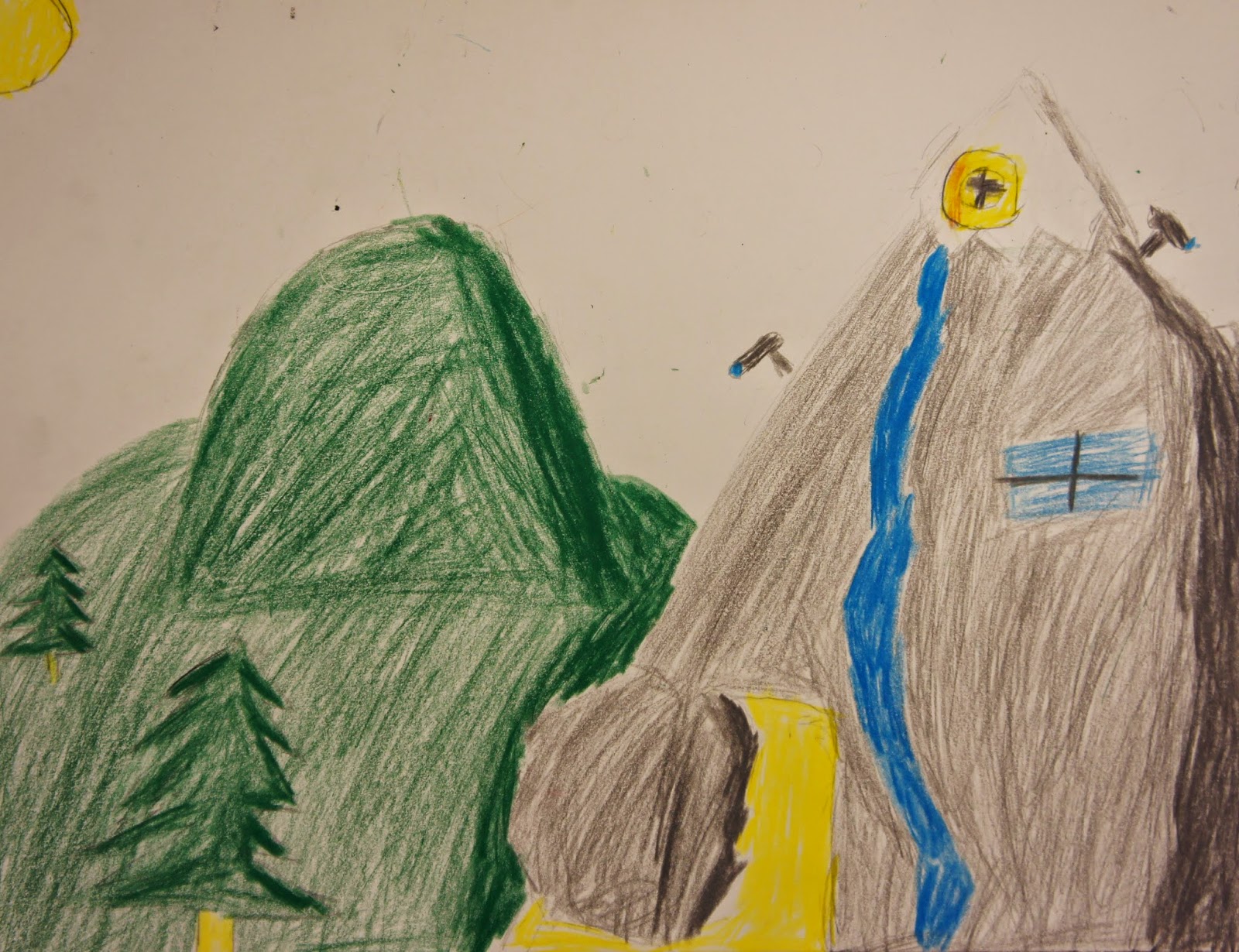 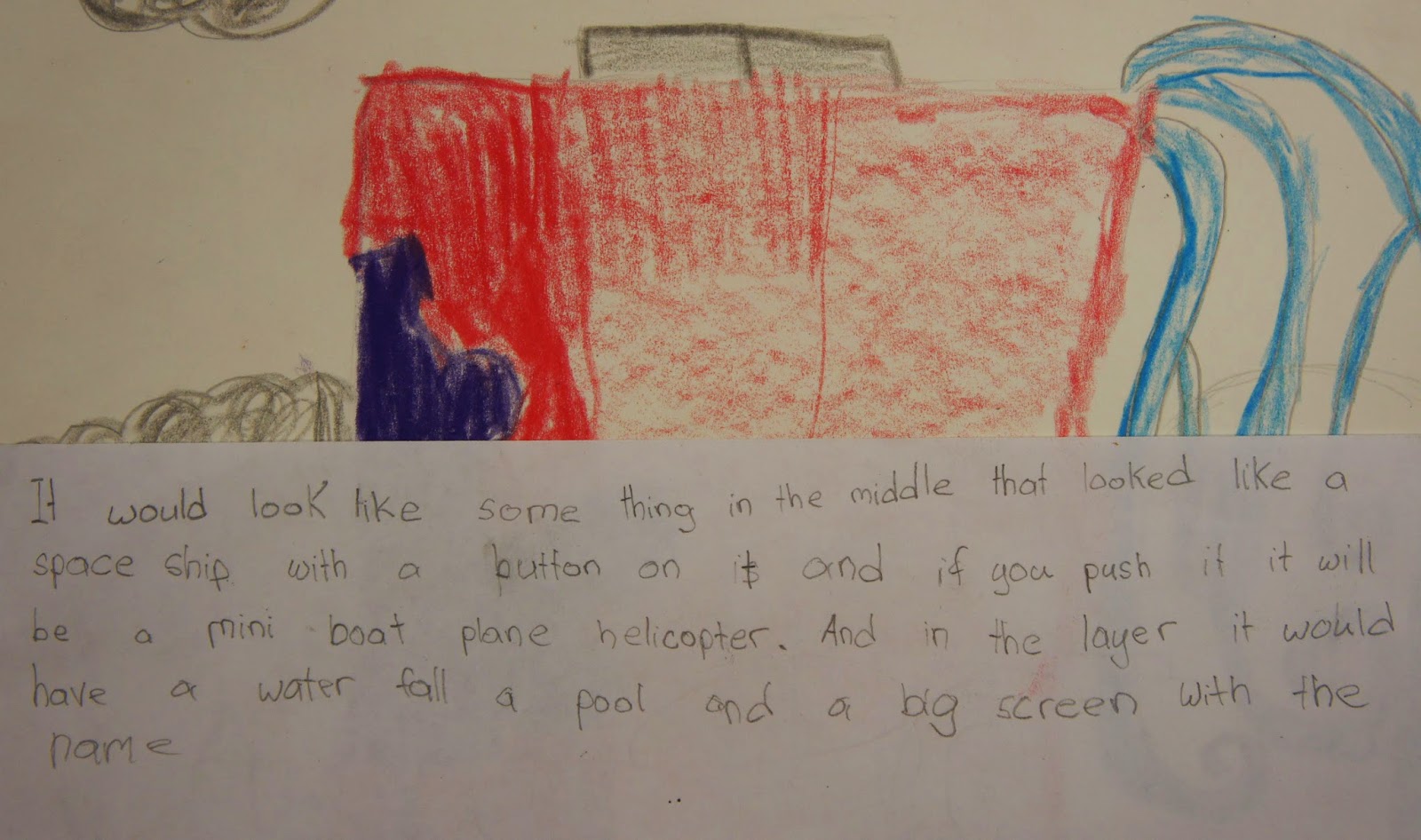 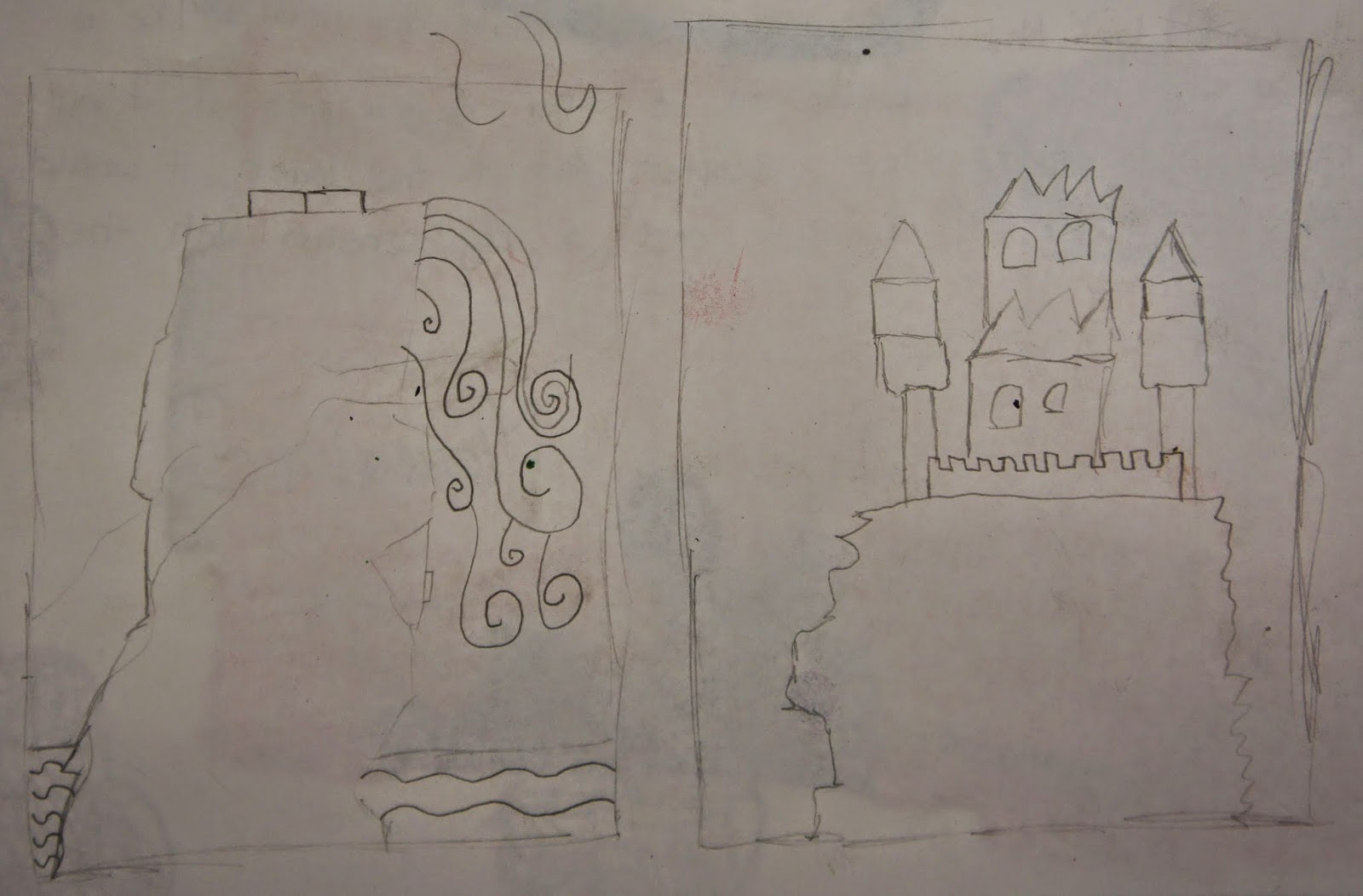 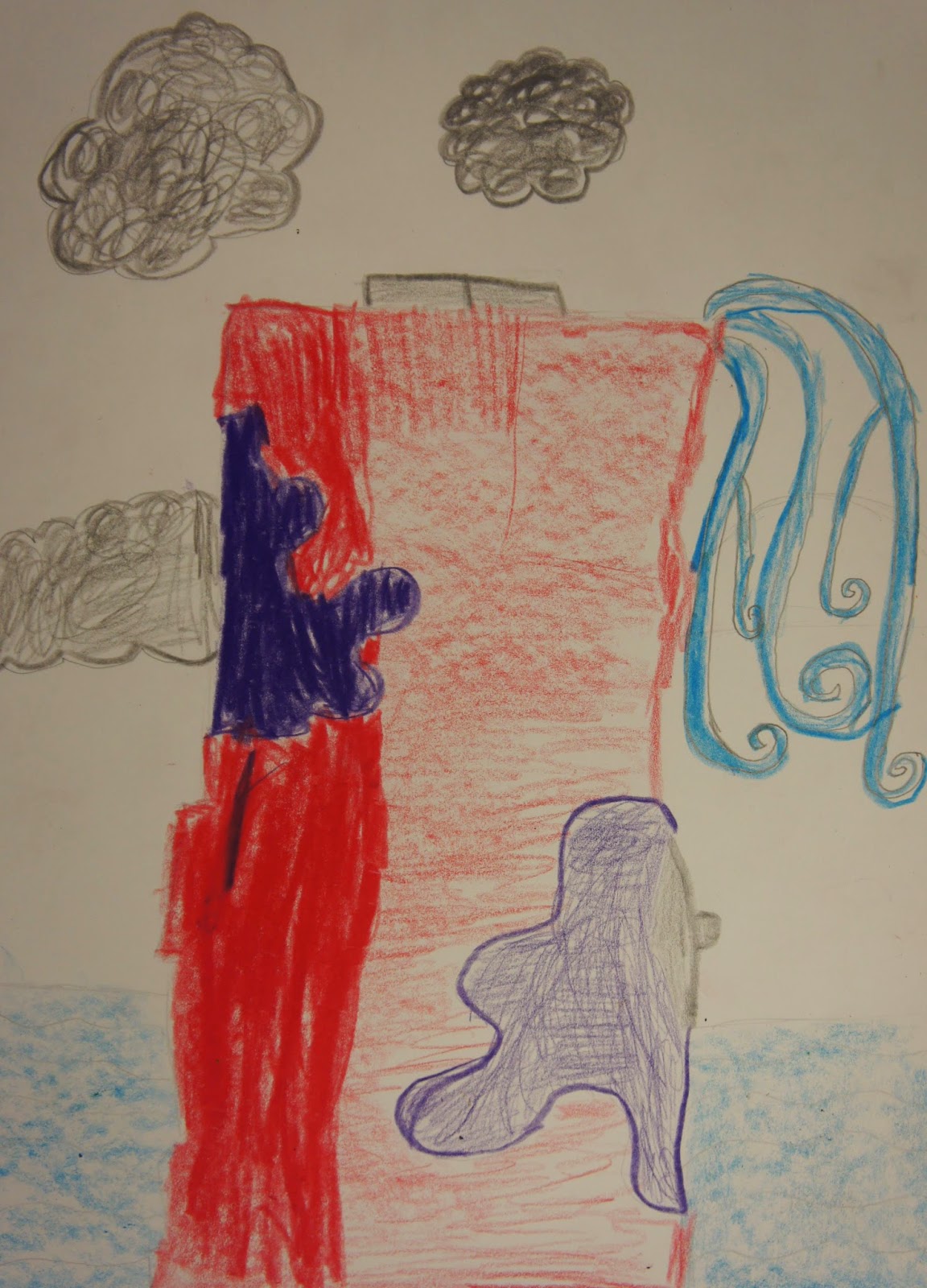 When they finished their drawings, they reflected on their work by responding to the following exit slip questions. 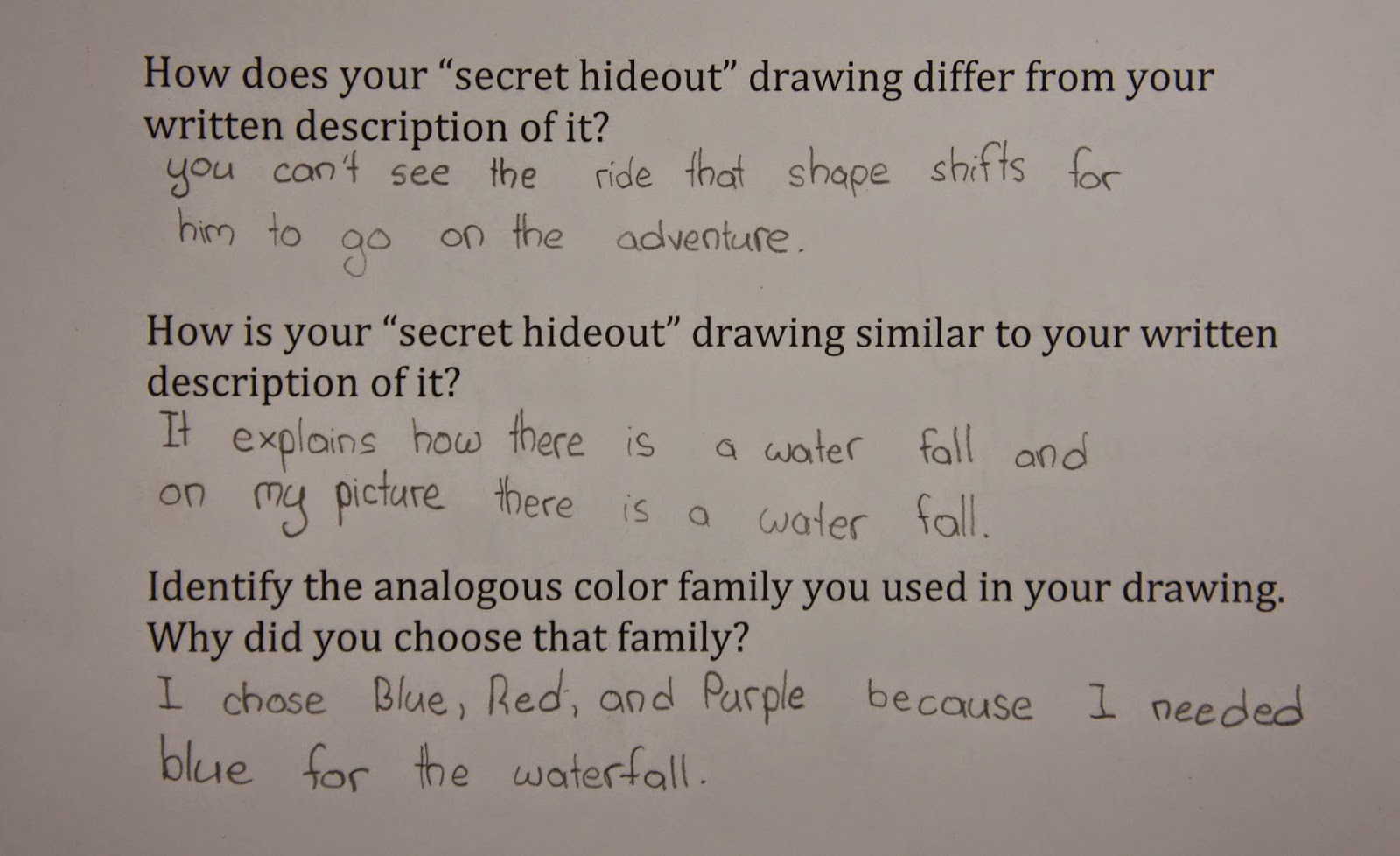 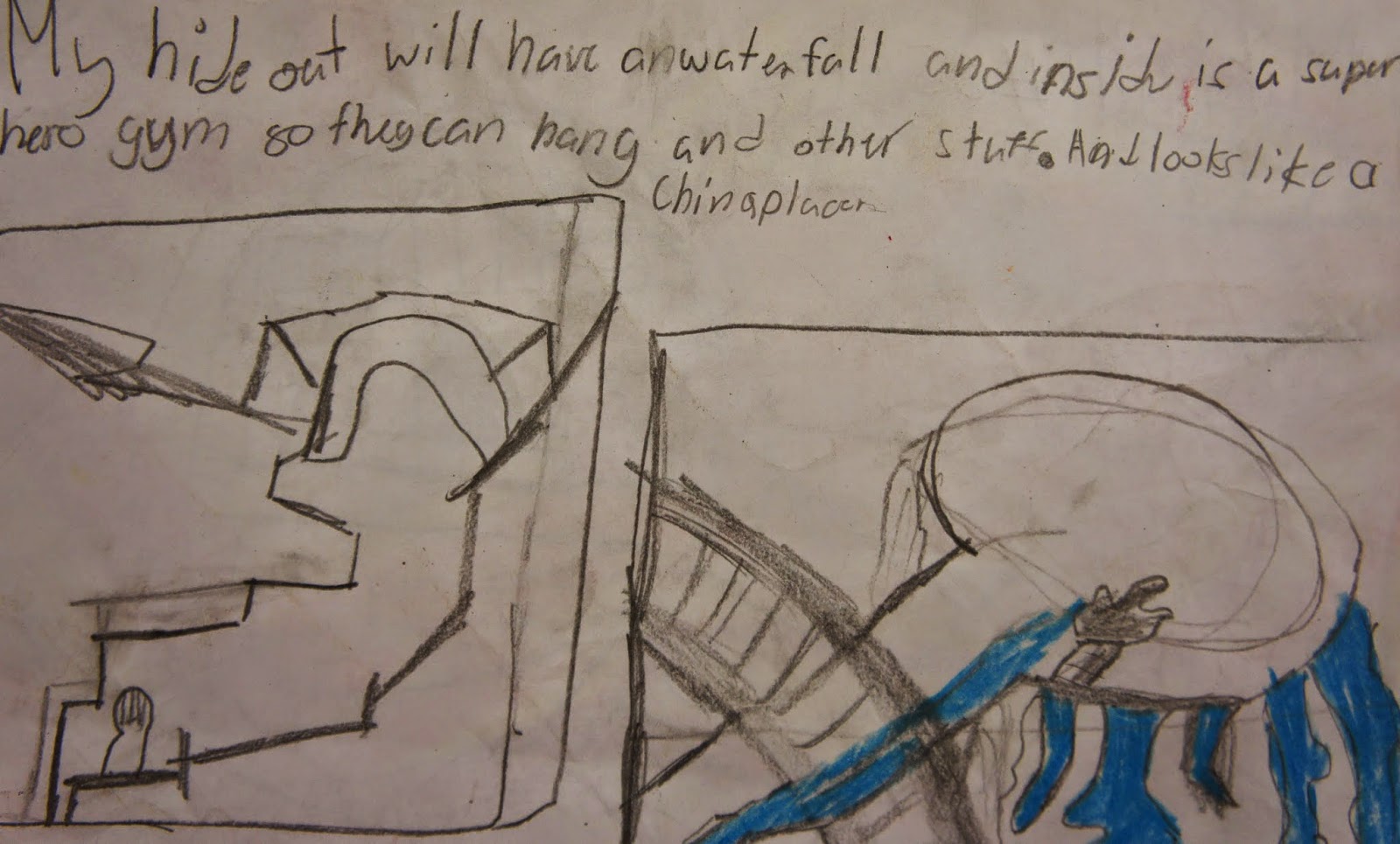 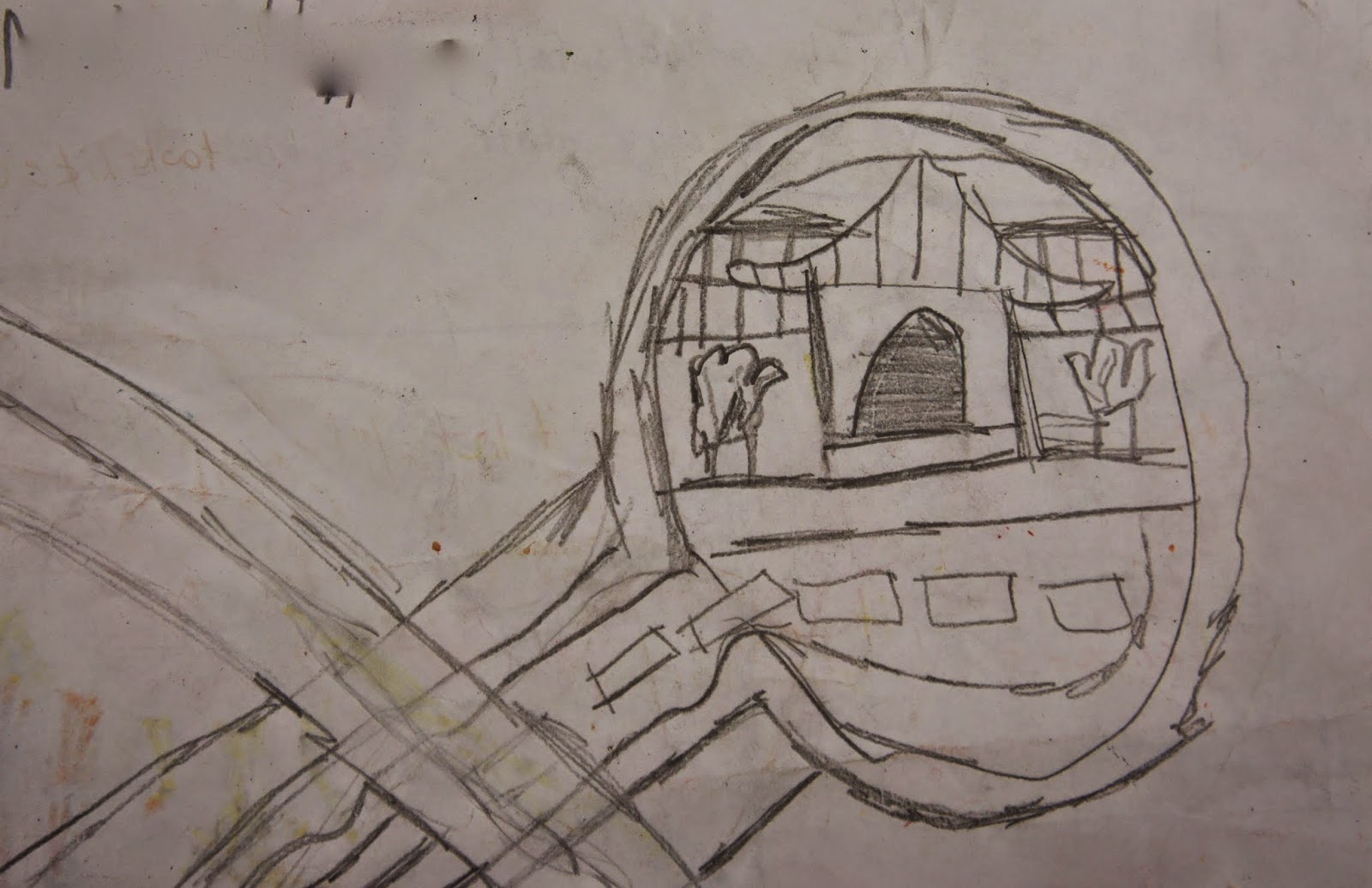 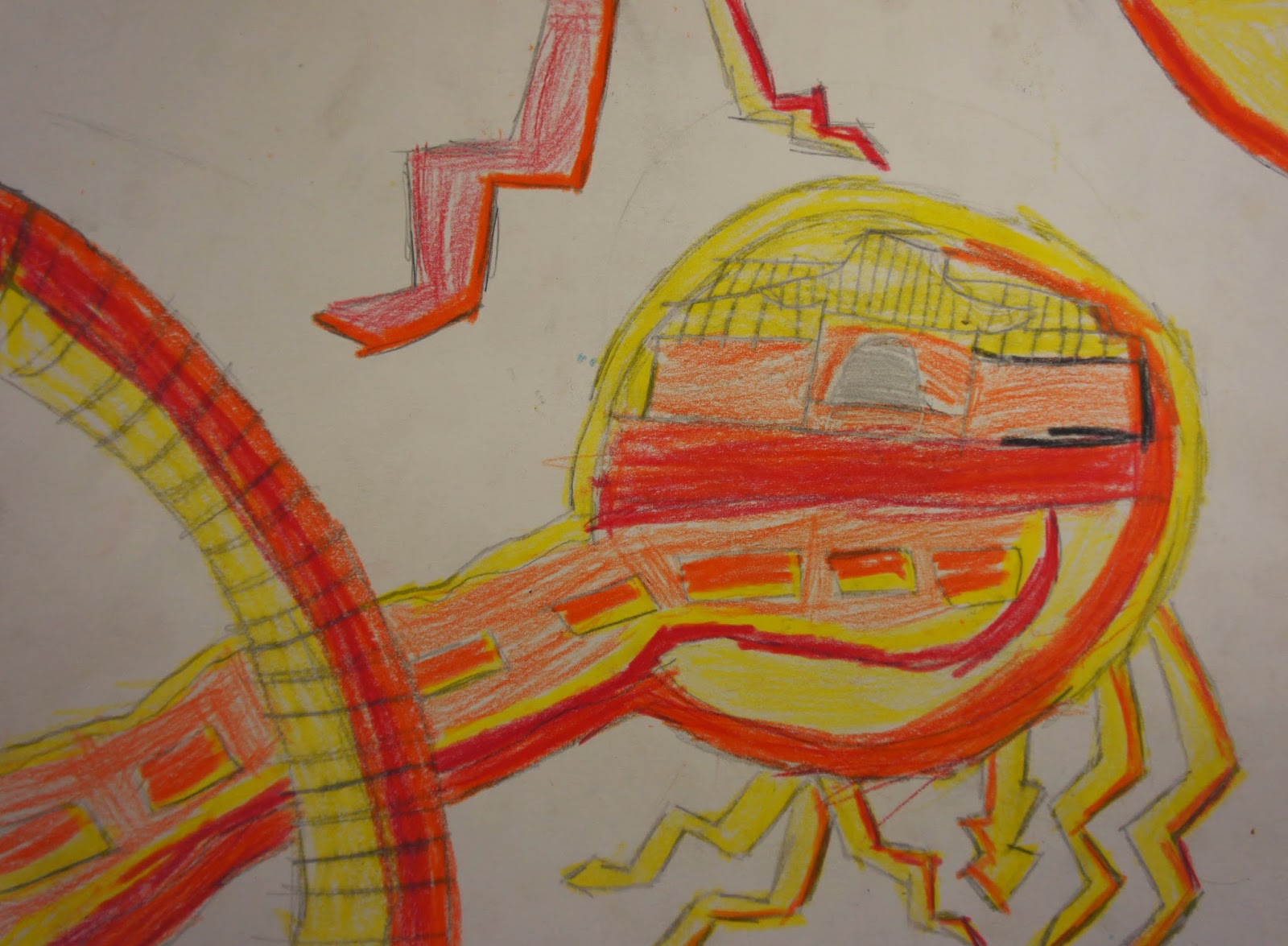 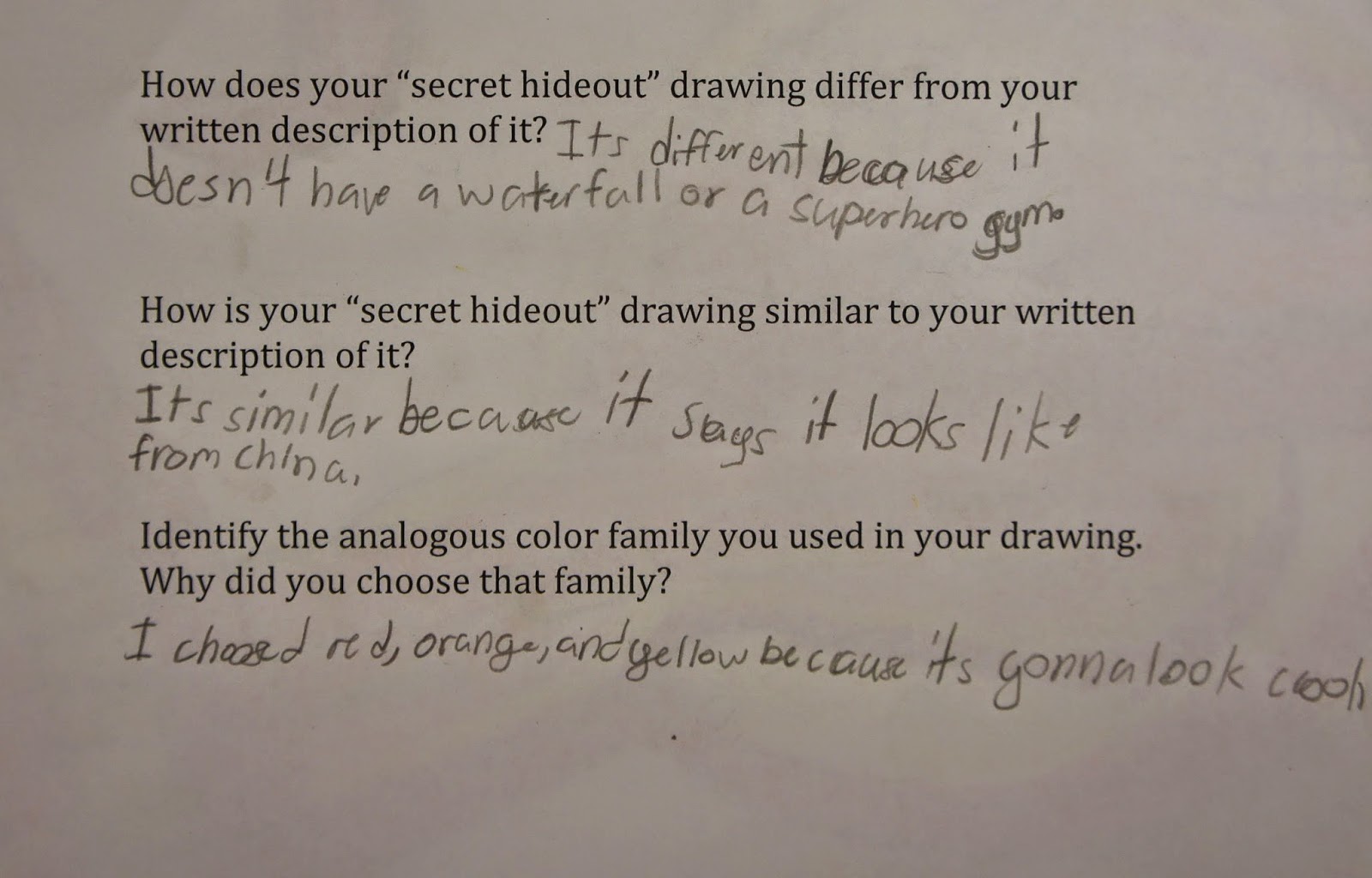 This is the lesson that I stopped doing last week when I switched over to the lesson inspired by concept art from Coraline. In hindsight, I kind of regret cutting it short. It took a while to get some kids going and this was frustrating me. Not so much that they needed time to process, but that too many kids were not focusing on the content of their work. Our 5ths are SOCIAL:) and my classroom management style can be too laid back at times... I switched lessons in order to instill a bit more structure and accountability. That said, as I looked through the completed work today, I was more impressed with the quality I saw in the drawings and the details included in the written descriptions than I thought I was going to be. 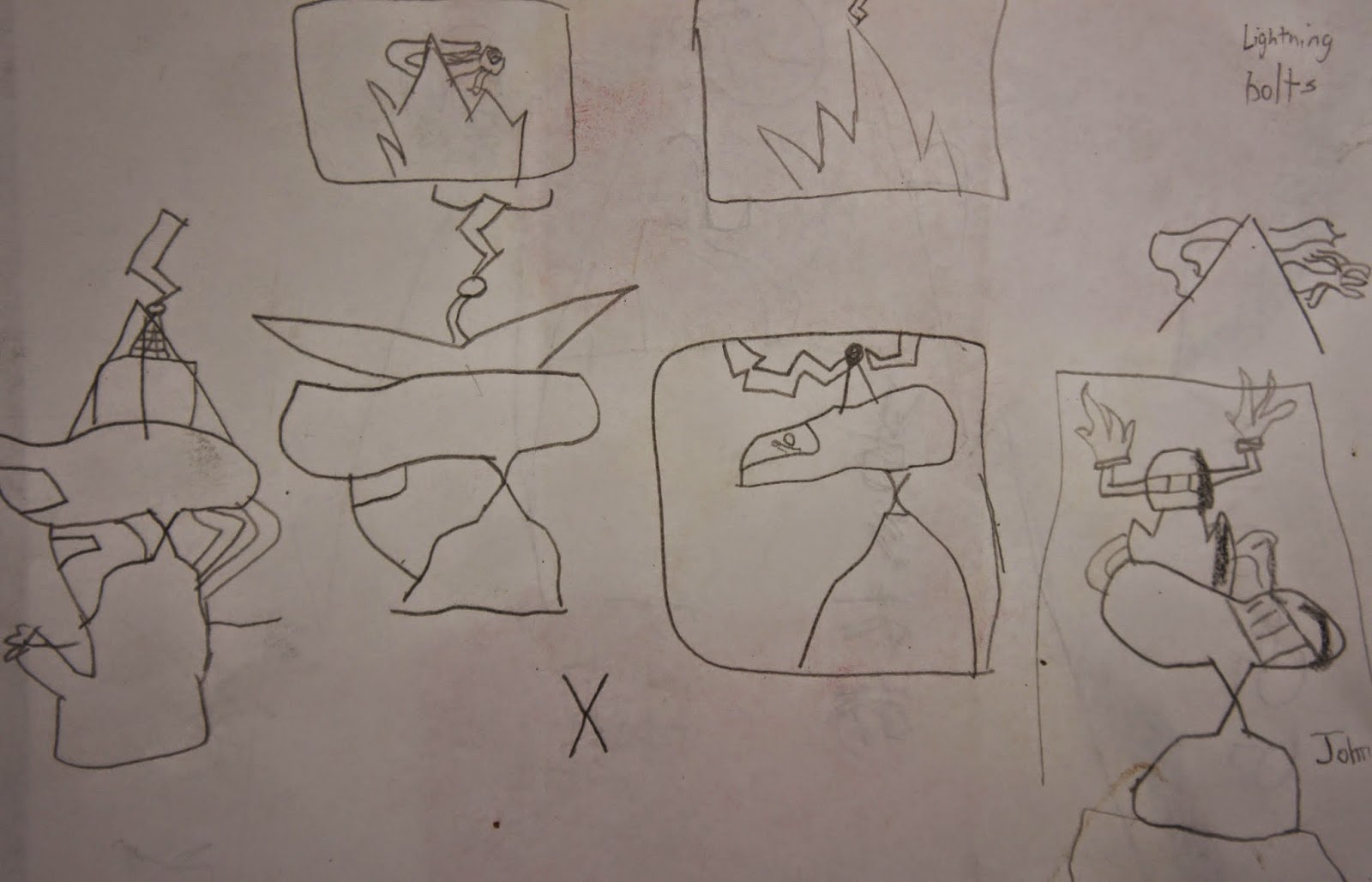 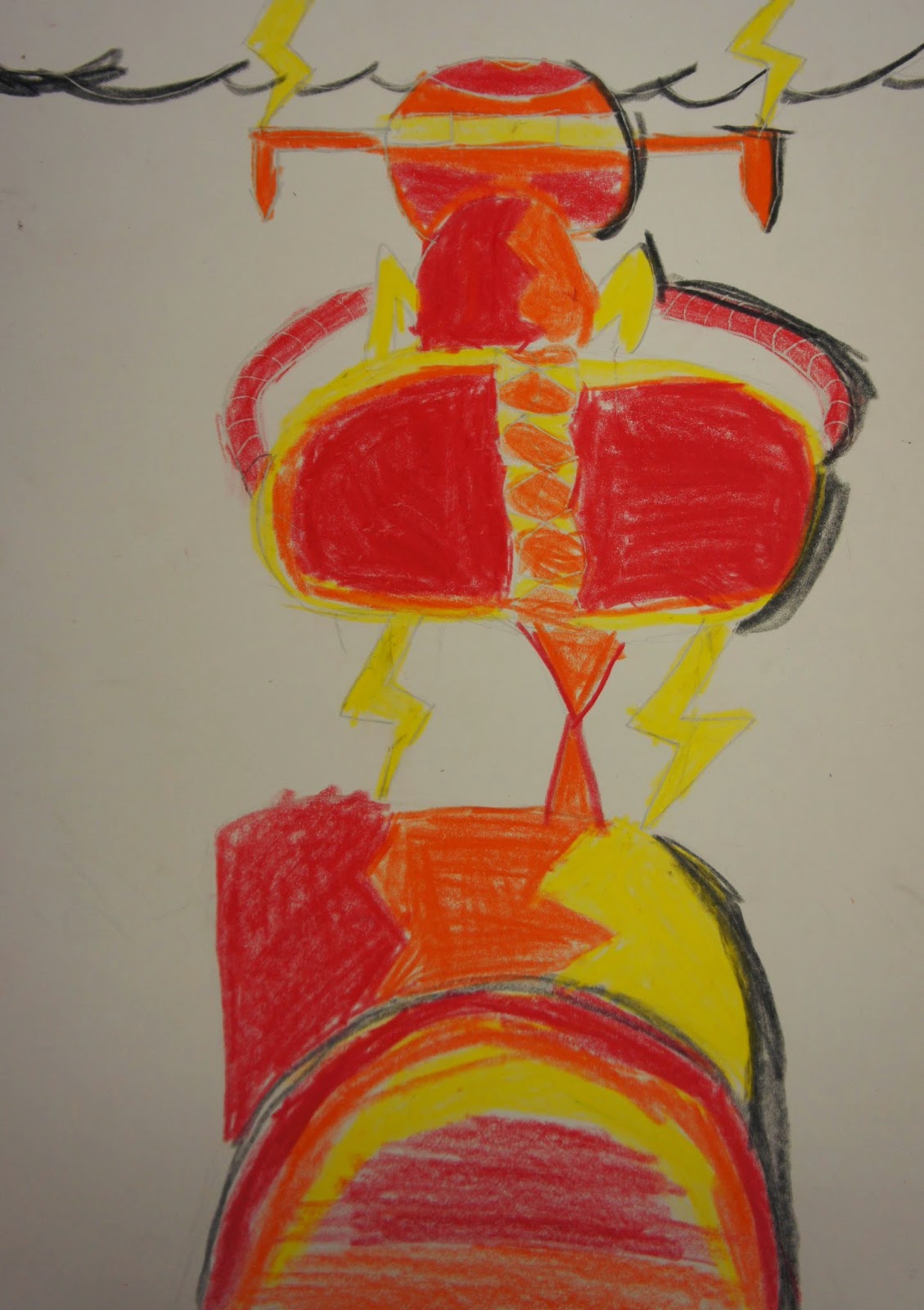 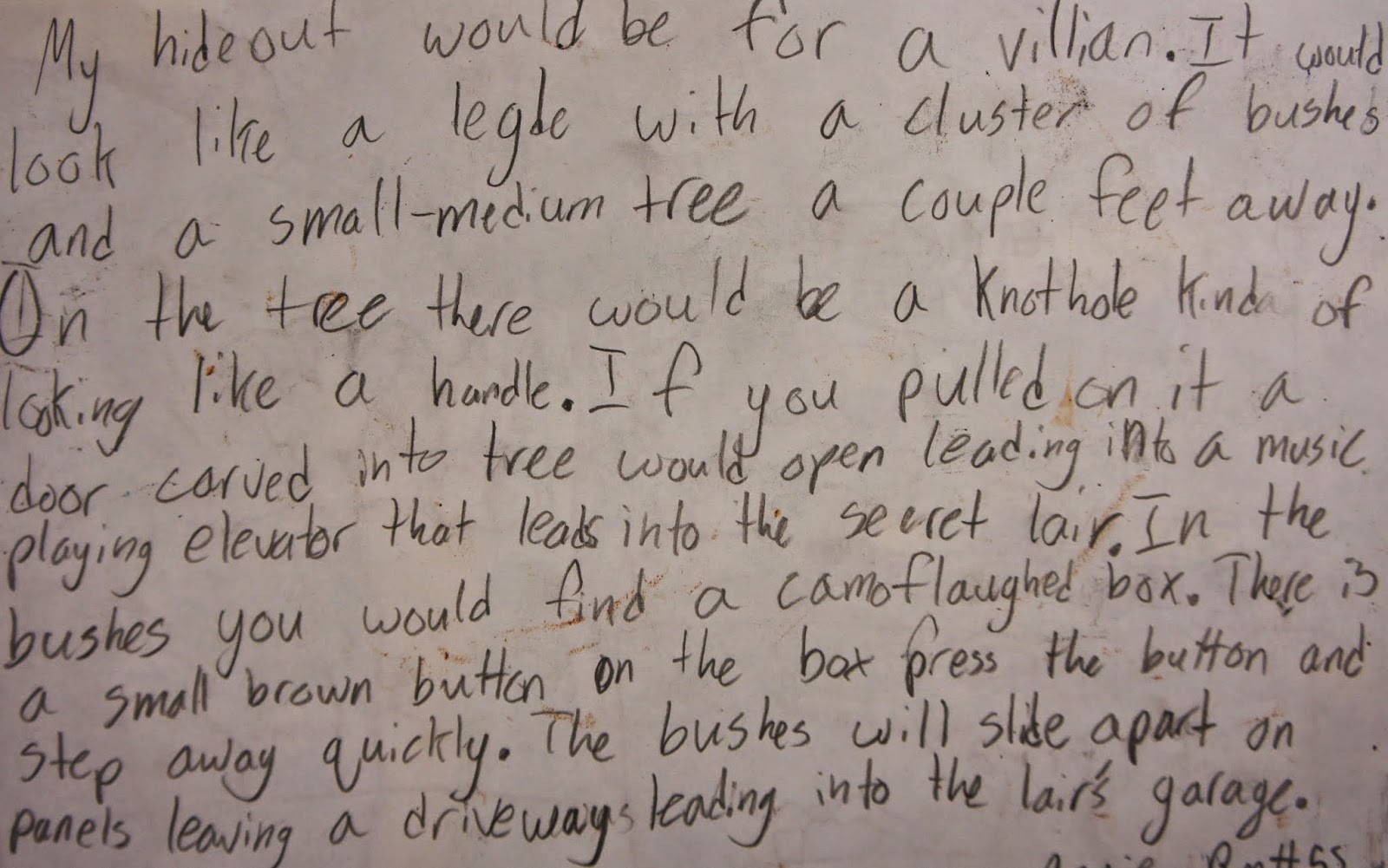 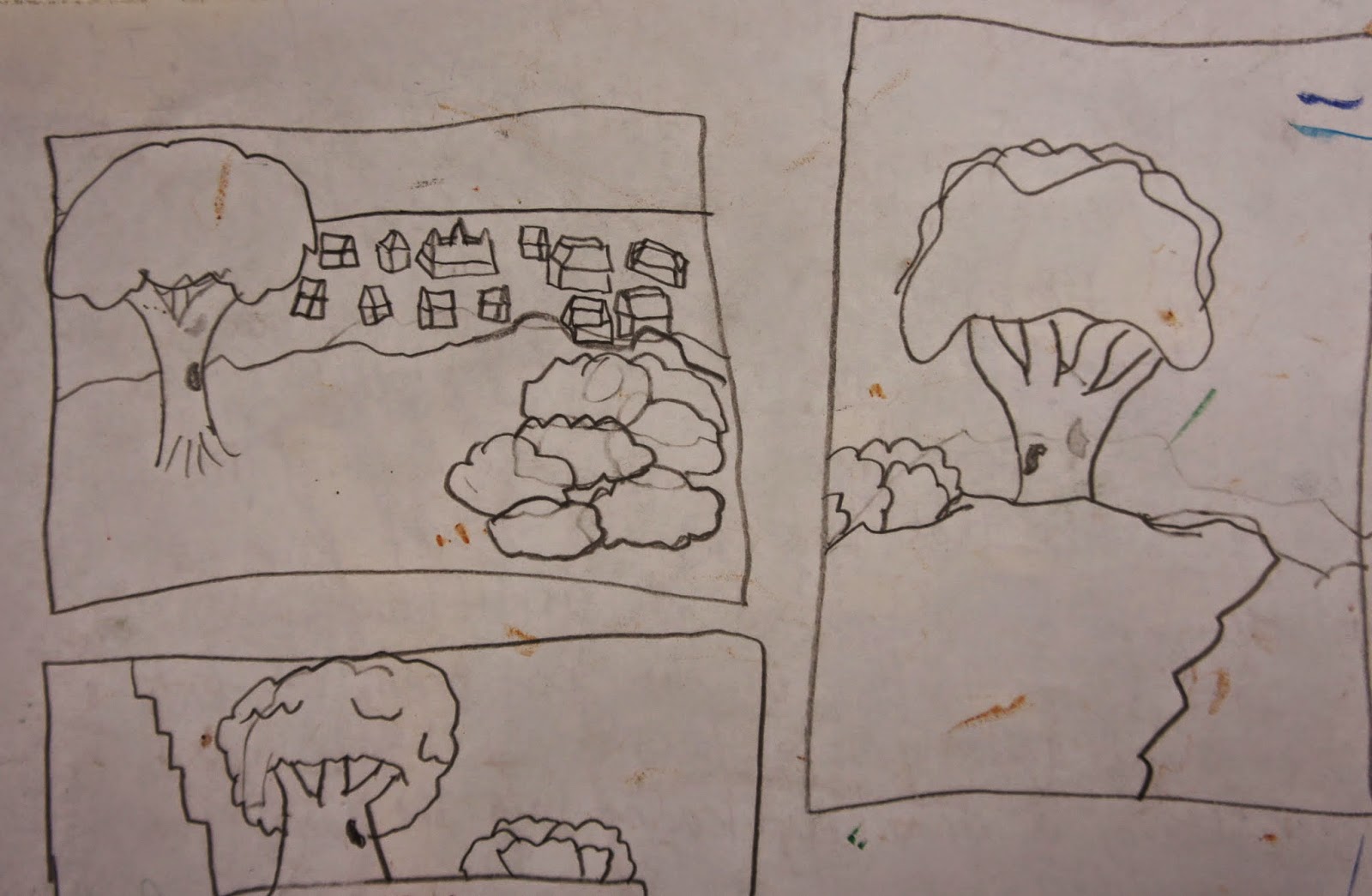 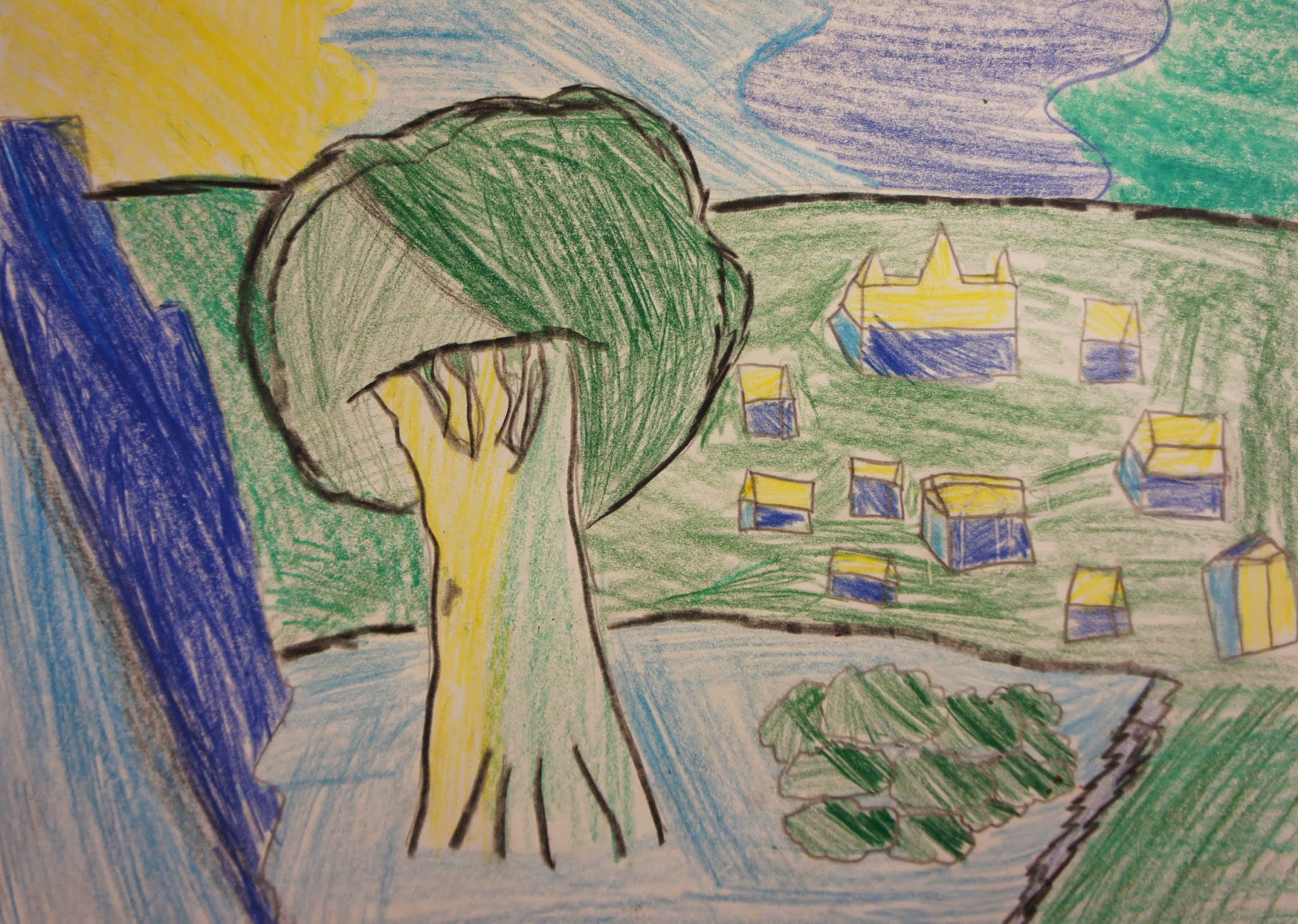 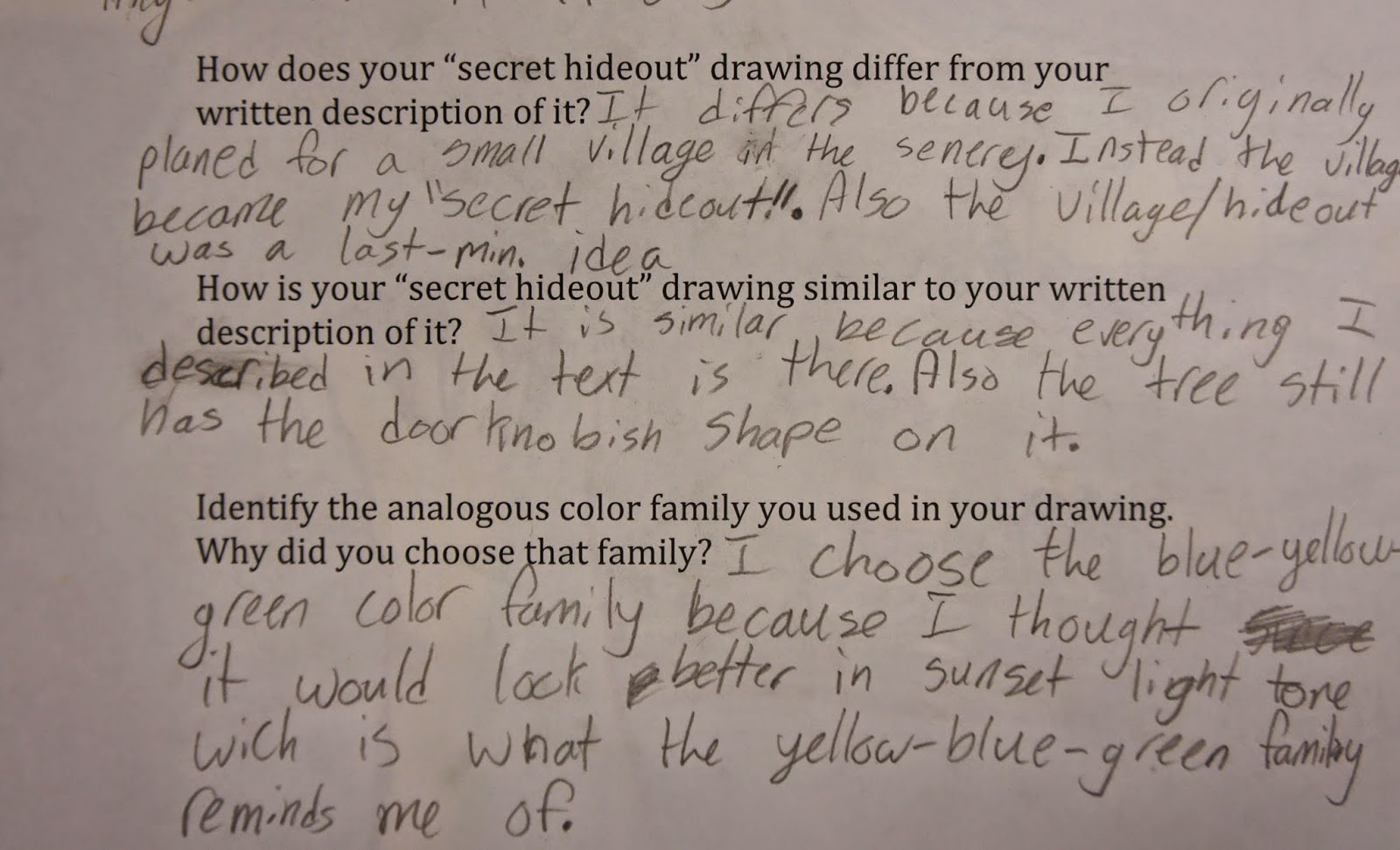 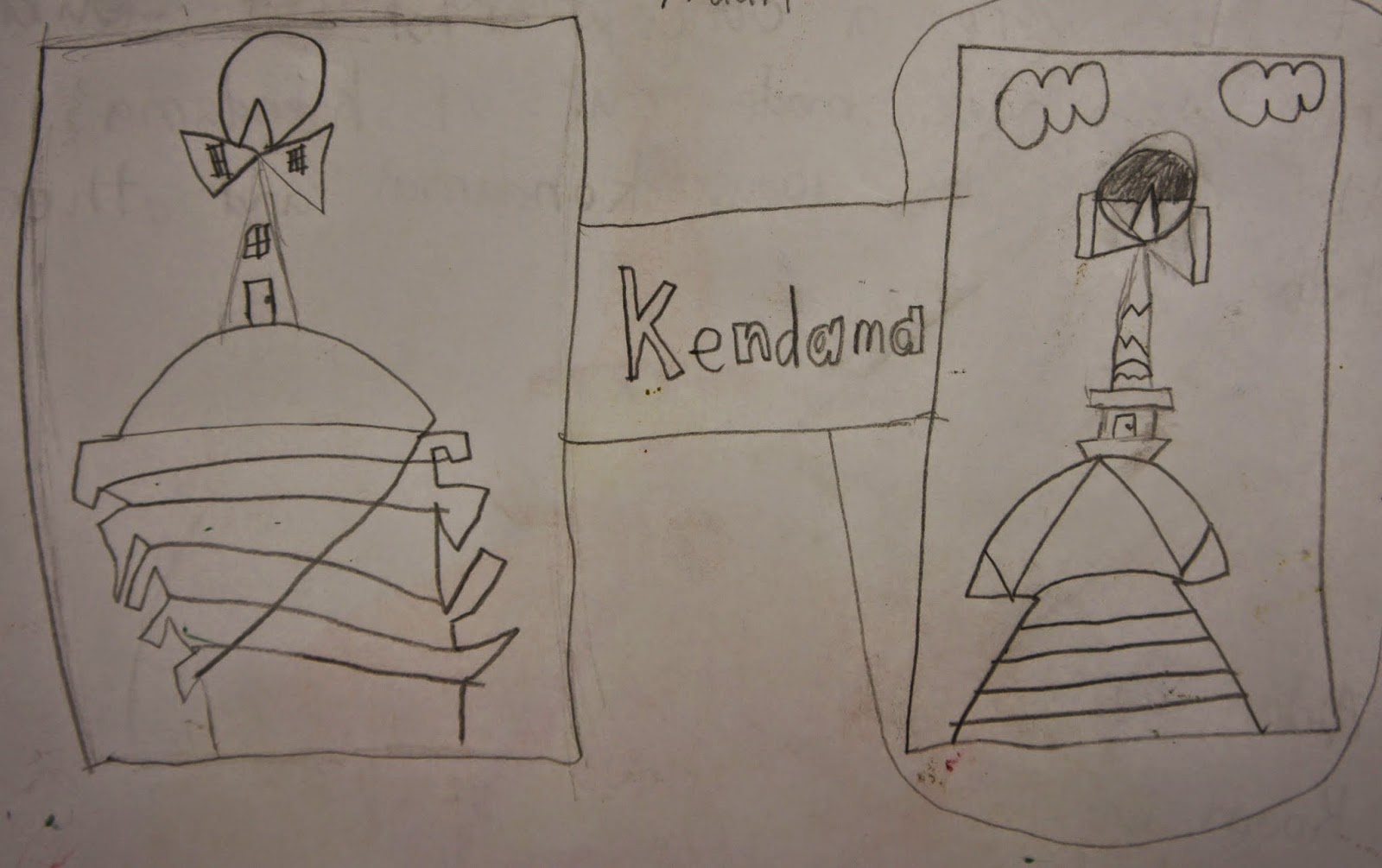 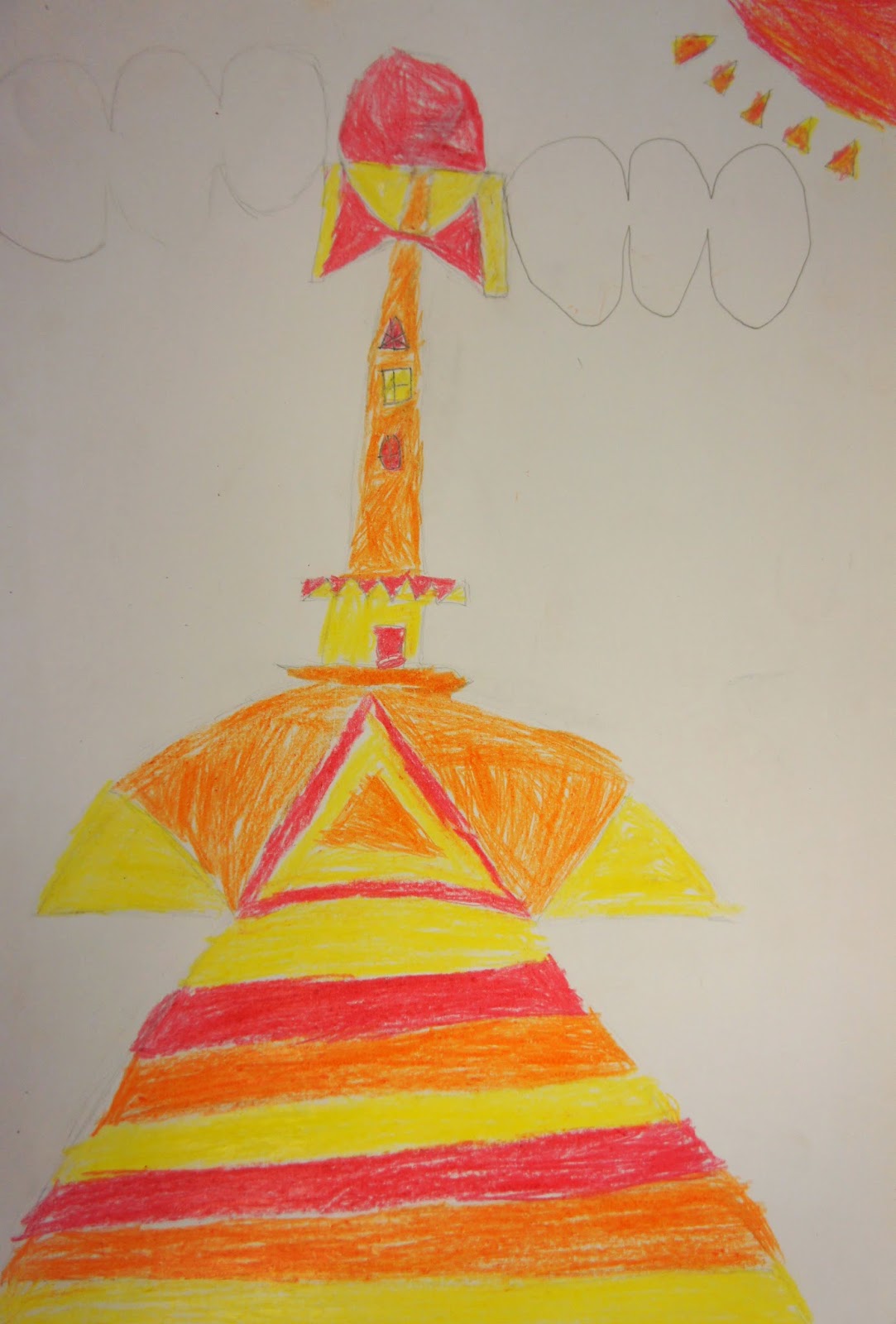 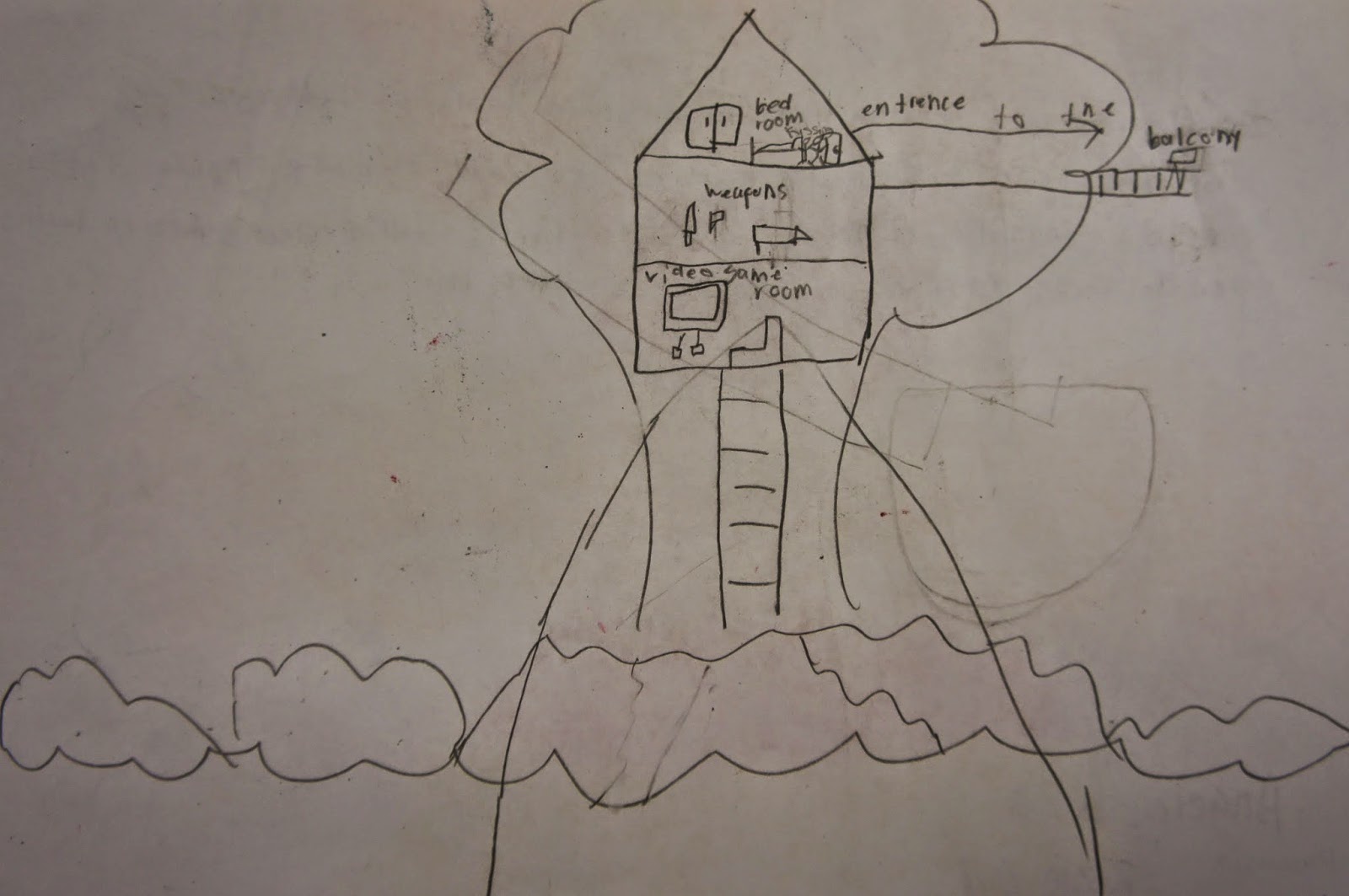 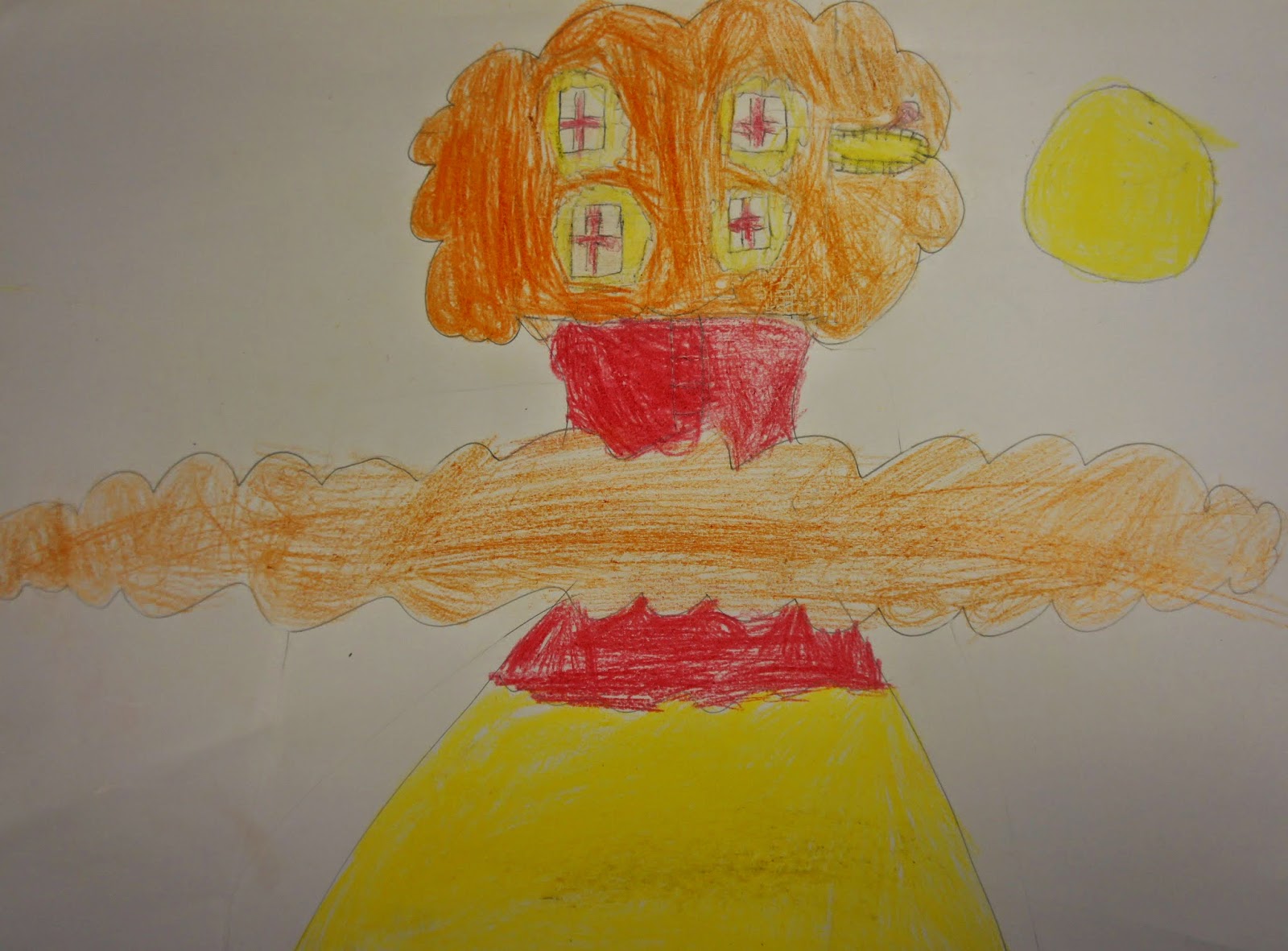 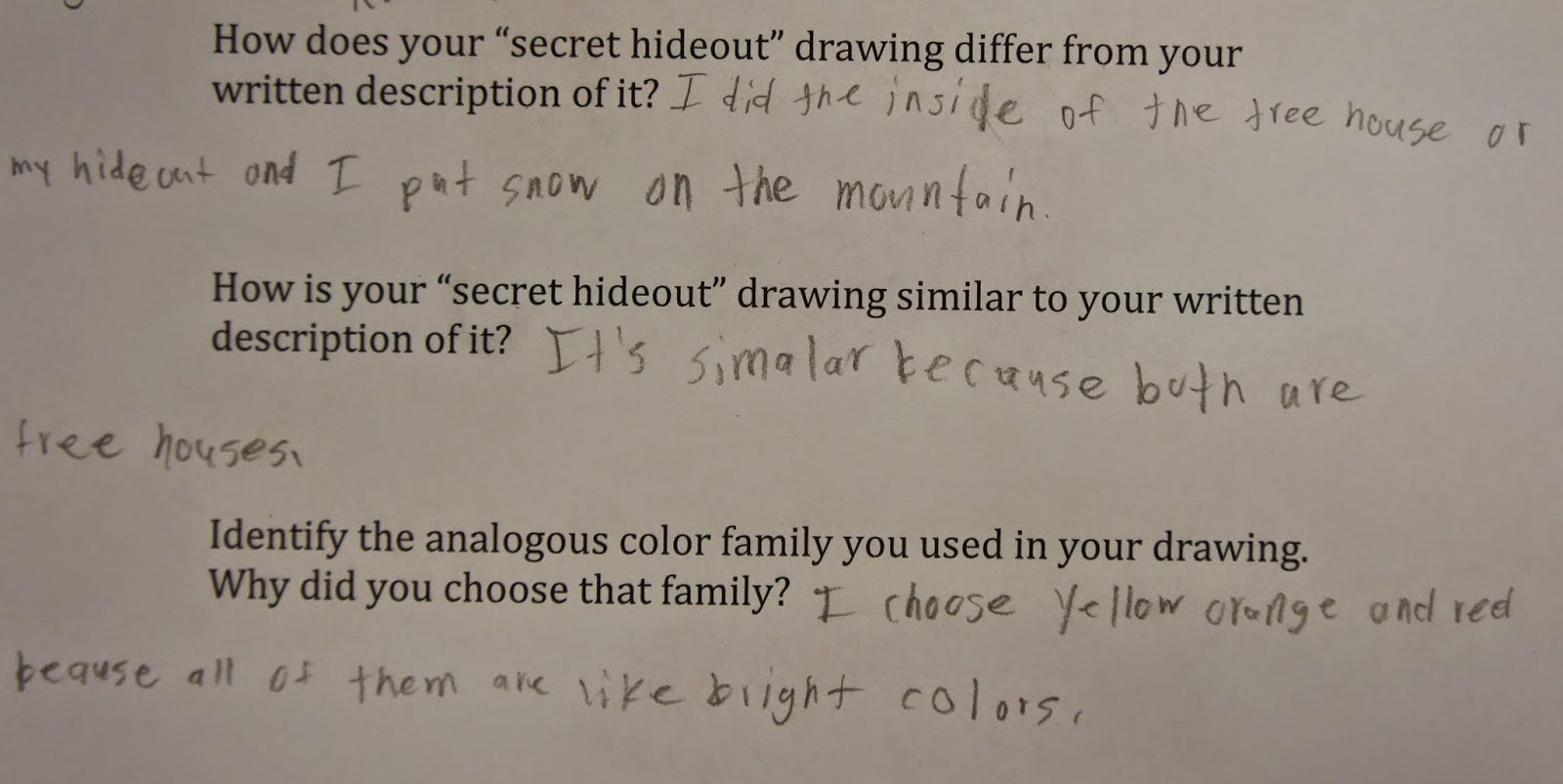