Last week, the 1st graders also dove back into school with a chalk pastel project. Nothing like getting dirty right after an extended break! Before starting, we reviewed their use of natural shapes and primary colors in previous projects. We then looked at some work of Gordon Hopkins for inspiration.

While looking at a few of his works, we identified shapes, patterns, primary colors, and secondary colors. I asked kids if they knew what colors were mixed together to mix the secondaries and I wrote these as math equations of the board for them to refer to while working later. 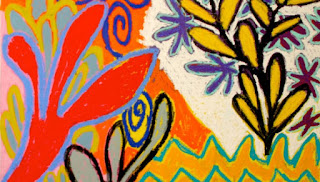 I introduced the kids to chalk pastels and showed them how to hold the chalk so that their drawing hand does not touch the paper as they work. We lightly drew our compositions with visual elements from Gordon's work. We drew a spikey plant, similar to agaves they may see out here, a branch with leaves that is like jade plants in San Diego, and a few flowers. We also added a couple line patterns to the background. With each step we rotated the paper. I asked students to think about where they wanted each element to go. Where did they think the best place for each was in the composition.

We then used each of the primary colors in a different spot in the composition. Students picked which natural element they wanted done in each color. After that, we added different primaries on top of those to make our secondaries. To fill the background patterns, students could use any color they wanted- this  included any of the other chalk pastels they had available. As the final step, we used a black oil pastel to make one of the main elements stand out more than the other parts. I emphasized making that outline bold and strong by pressing hard with the oil pastel. 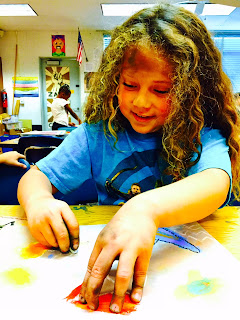 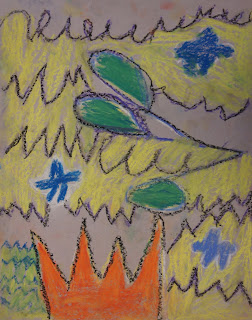 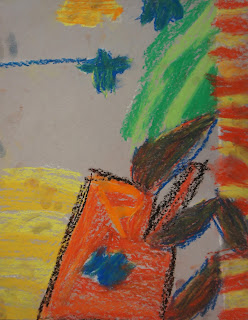 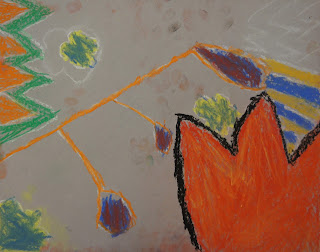 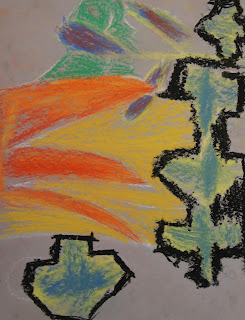 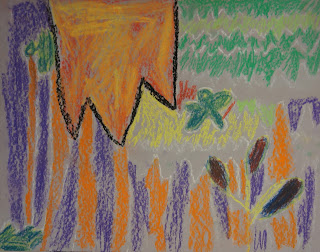 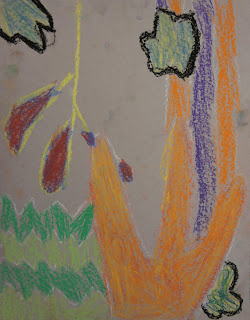 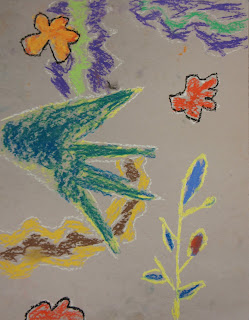 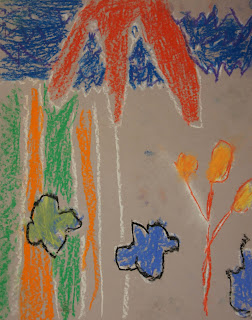 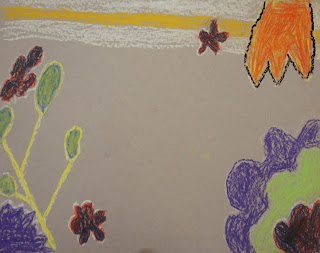