being positive with adrian.

For their 2nd rotation of the year (2 classes), the 4ths explored positive and negative shapes in art. The first project was inspired by illustrations British designer and illustrator Adrian Johnson did for an article titled "You Don't Need to Shout". I have been a fan of Adrian's work for some time. I love his use of shape and color in his engaging compositions. The way I have been spinning the content of the article is that it is an anti-bully piece. You don't need to be aggressive or hostile to get people to like you or to be loyal to you. You can go about it in ways that are much more kind.

After discussing how Adrian has subverted military vehicles or weapons in these illustrations by having them fire items much more cheerful and happy in nature, we address his use of positive and negative shapes in them. We look at the balance between the space the shapes take up compared with the background shape.

Students were then tasked with creating images that were inspired by Adrian's message and use of shapes, but not direct copies of them. To assist students, I provided a handout with some vehicles on it. That way they had more info about the actual shapes and details of these things instead of relying on memory. If they wanted, they could use a different weapon shape and those students could pull up a photo on my computer if they needed more detailed reference images.

Students were to complete at least 2 sketches and then write a sentence that explained why they were choosing one of them for their final design. I asked students to include 2 elements- their vehicle and at least 7 items being shot out of that thing. 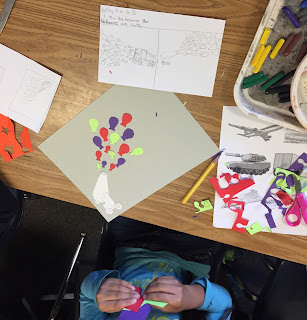 Once they were done with this part, they drew out their weapon/vehicle on another piece of white paper. They were to draw it as big as possible and cut it out so they could glue it on a gray piece of background paper. 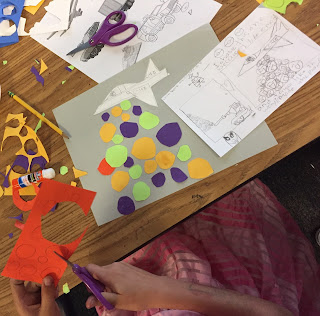 Students then selected colored pieces of paper to create the objects being fired or launched in their designs. I encouraged them to use a variety of sizes to reinforce a sense of 3d space in their relatively flat collages. We also talked about having the shapes expand outward- going from small to large in a triangle or wedge shape. When they finished cutting and gluing, they could go in with colorsticks to add details to their weapons or happy shapes to make parts more interesting.

Students wrapped up this project by identifying the specific pos/neg shapes in their designs and to think of something they would do differently if they could and why. 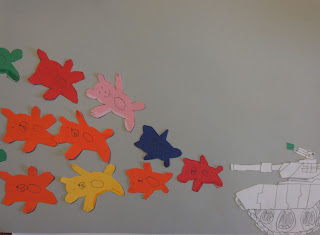 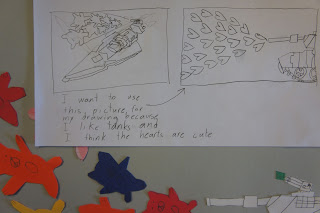 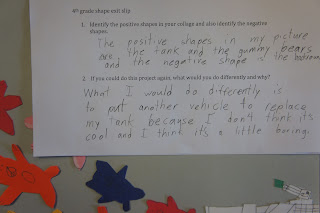 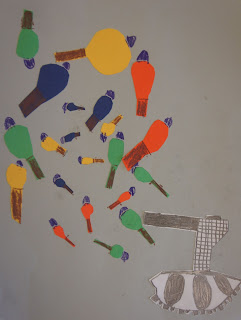 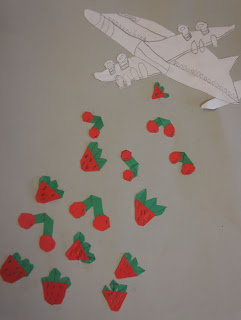 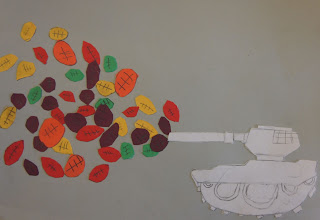 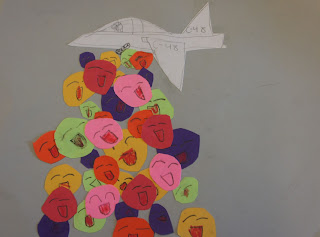 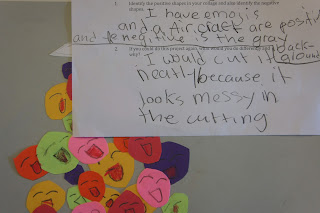 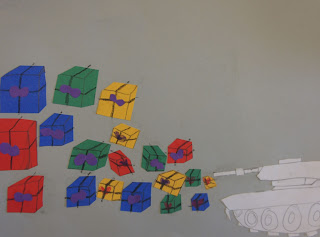 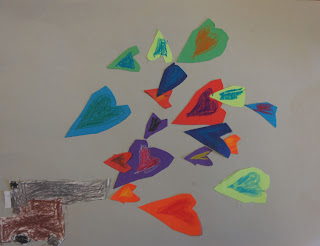 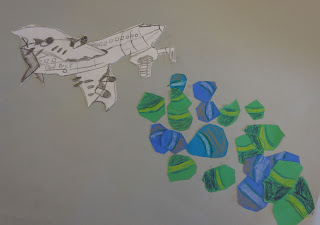 The Adrian Johnson project took roughly one class and an additional 20 minutes in the second class to complete. With the extra time (about 40 minutes), we did another collage project that continued to focus on positive and negative shapes. For this I introduced them to a collage done by cut paper artist Eiko Ojala. 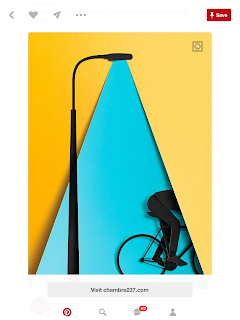 Students selected 3 sheets of paper- black, gray, and one color. I demonstrated how to draw a light post, how to measure the light beam, and how to assemble them all together. The choice of character, light post shape, sky details were entirely up to the kids. 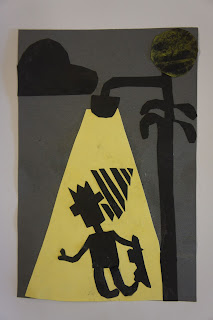 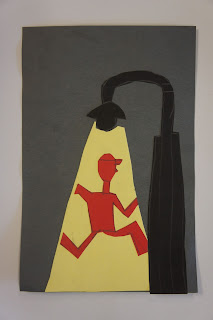 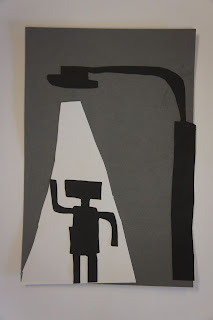 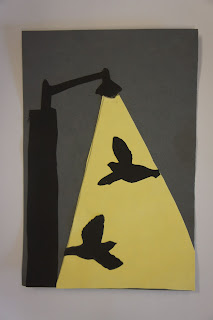 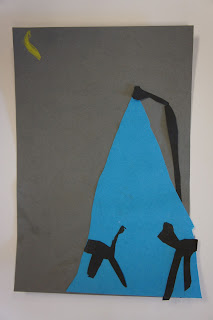