multiple murals and many lines

My 5ths have started the year experimenting with line to create a wide array of active abstractions. To get them inspired, I shared the work of 4 painters. We looked at the vibrant, large scale work of Jason Woodside, Monty Montgomery, and the collaborative team of Jessie Unterhalter and Katey Truhn. 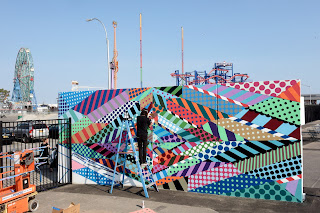 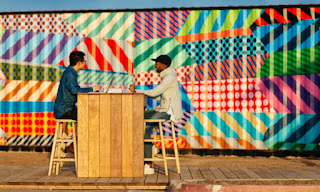 A recent mural Jason did in North County, San Diego. 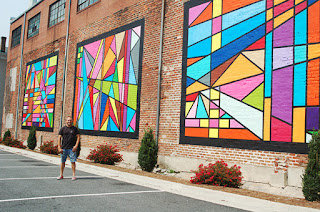 Monty Montgomery with a mural series he completed last year. 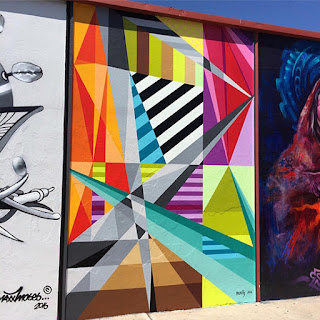 One of Monty's murals right here in San Diego. 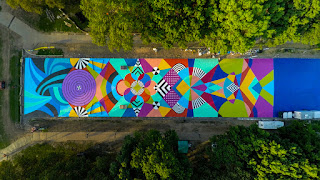 Jessie & Katey's mural at the Oval in Philly. I got to see
this in person (and play ping pong on it:) when I visited family in the area! 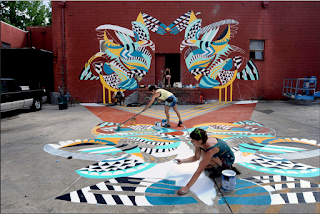 Jessie & Katey at work on a mural in Atlanta.

After a brief intro to each artist, I gave my students an opportunity to talk:) I asked them to work in table groups to discuss the ways that the murals of the artists were similar. Table groups then volunteered to share their findings and then they moved on to discussing differences that they saw and they shared those, too. 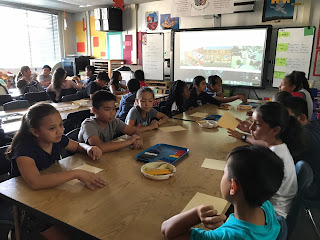 Before getting started with the visual design problem, I asked my student artists to think about which of the artists' work they were most engaged with and to reflect on why they felt that way. This would be a question on their project exit slips and I wanted them to be aware of it before they got rolling.

Students were also required to do at least 2 preliminary sketches before starting on their final and they needed to explain their choice of sketch in writing. I emphasized the need to supply evidence for that choice in their explanation. 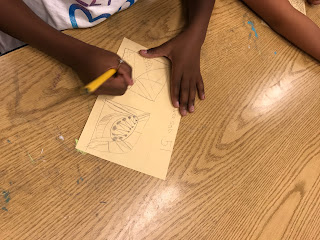 When their preliminary work was done, students moved on to the final 9x10" design. Planning in pencil and then moving onto color. They could use color sticks and colored sharpie markers. I reminded them that the color sticks were good for large areas and the sharpies worked well for detailed areas and emphasizing contour lines. 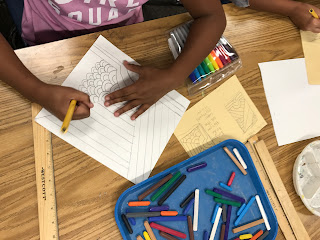 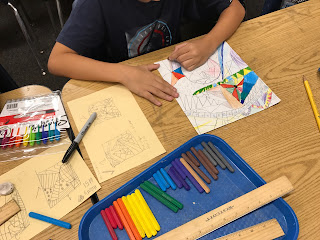 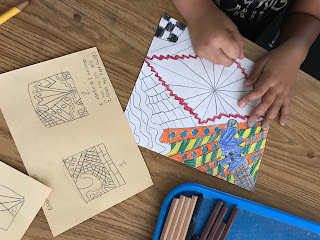 As you can see below there was a wide range of approaches to the design challenge. When students had completed their designs, they filled out an exit slip that got them to reflect on the project. 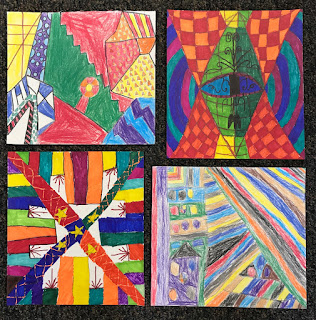 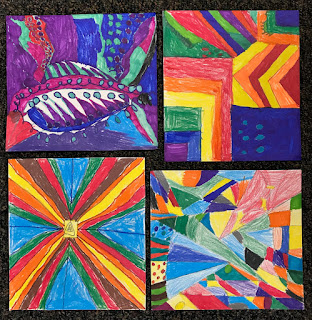 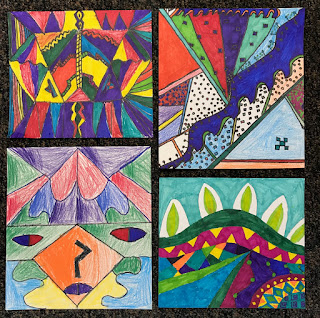 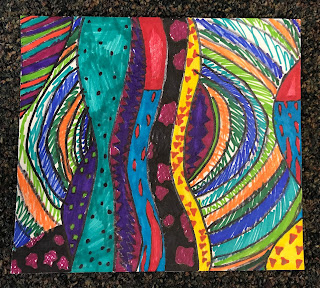 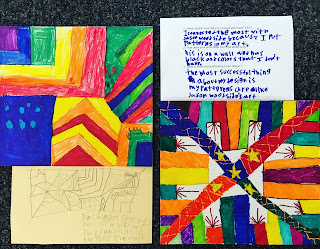 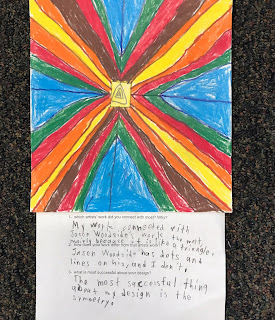