I was curious to see what our 5th graders would do with something like Supermundane's vocabulary of line, pattern, and color, so I let let them have at it. 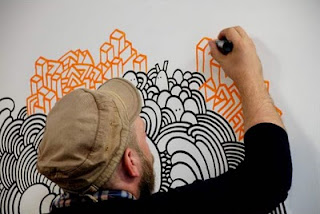 The older students were just as impressed with the repetitive detail of super's images as the younger ones were. After mentioning that Super had been written about as "the king of the repetitive doodle", we discussed what doodling actually was. Some interesting repsonses to that question, as well as plenty of examples on the nametags students have in my classroom:)
Image construction was the same. The things that changed were the color of the support, the color of the sharpie marker, and the use of construction paper crayons for the other line work. Only 3 changes, but their visual impact was considerably large.

I enjoyed seeing some of the students taking on more elaborate base shapes to fill with patterns.

I changed the color of the support after seeing the below image that Supermundane created a couple of years ago. There is still a sense of depth in the image even though there isn't the stark contrast between black and colored lines like there is on a white support. 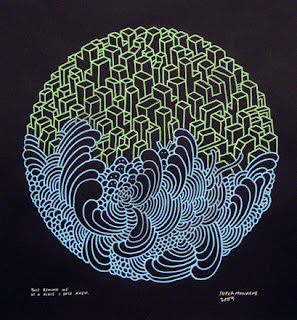 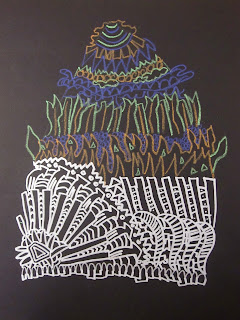 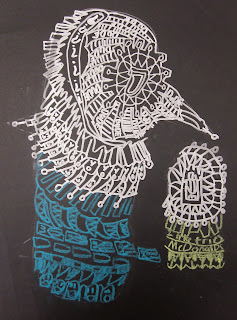 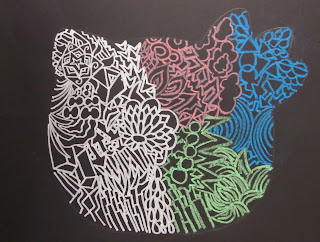 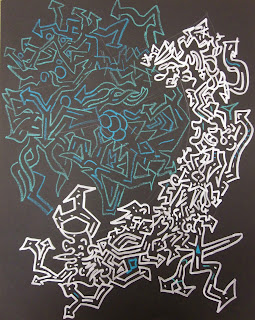 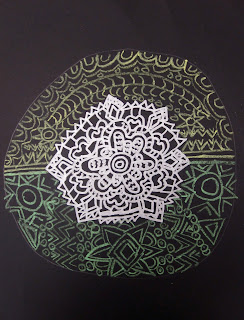 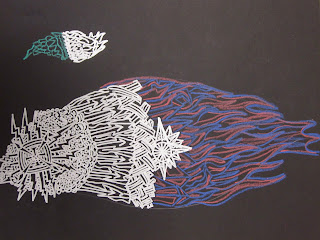