Rob Lowe (aka Supermundane) is a typographer, designer, illustrator, and all around creative guy living in London, England. He is also the creative director of a cool children's magazine called Anorak that I have always wanted to get for my kids, but have never actually pulled the trigger on. :)

His designs, type, and illustrations have a wonderful hand drawn quality to them. They ring of spontaneity. His manual creations served a an interesting contrast to the the computer generated work of Dante Terzigni who was the inspiration for the last project the 2nd graders completed.

Also, even though Supermundane's shapes are often flat, he like Dante, creates a bit of 3d space because he often pairs shapes outlined in black with shapes outlined in a lighter color. This contrast of dark to light sets the black shapes forward and the lighter ones behind them. 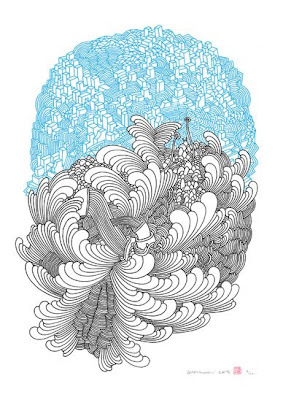 When we were looking at images from his website students identified that the compositions were often set into large, simple geometric shapes. These big shapes were not outlined, but stood out due to the lines in the image ending along the edges of the big shapes. Students also noticed that some shapes and lines burst out of the bigger shape to make the design a bit more interesting.
When we got started drawing, students drew out a large shape of their choice. I emphasized pressing lightly, so that the lines were there as a guide, but should not show up in the final drawing. I then modeled how to start with their Supermundane inspired "doodle". I started with a small shape and then continued to add onto and around it. I talked about the need to keep lines close together to give their drawings enough visual intensity. After getting about half way through  the big shapes with black marker, students were then allowed to switch to one or two more colors to add variety and space to their designs.
Many students really cruised along with this project. Since students didn't really have to make their drawings "look like" anything real, a number of my students with high frustration level were really able to succeed. Some needed reinforcement to add more lines inside of patterns they had added, or to take their lines all the way to the edges of the large shape they were filling. 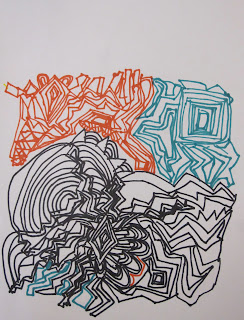 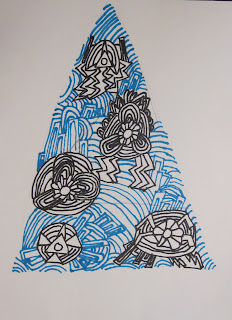 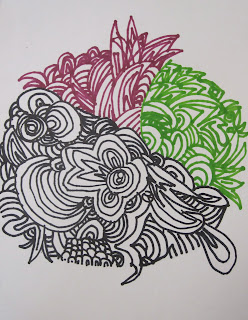 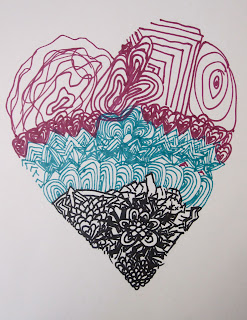 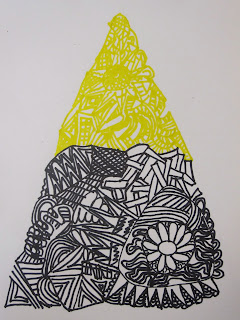 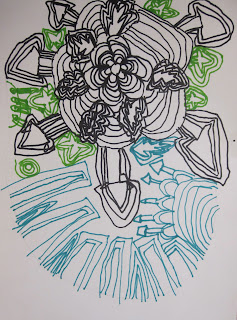 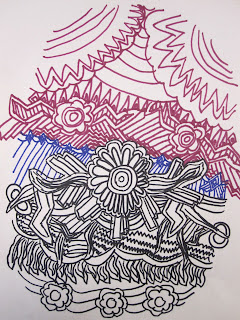 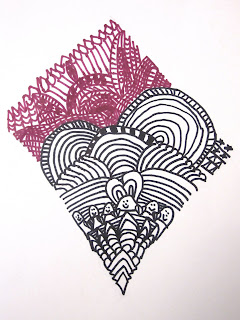 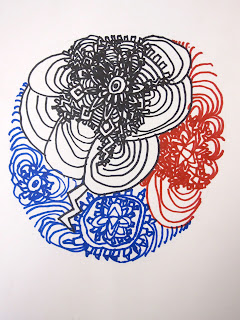