The second graders were able to get messy again. When I last met with them, we did an oil stick project based on the work of George Anderson. While the project came out cool, the oil sticks were DONE after 10 classes got to use them.

This time they got to use your standard student grade oil pastels to create an image inspired by American ex-pat Gordon Hopkins. Gordon creates abstract images that are heavy on oil bar, natural shapes, intense coloring, and pattern usage. I like the boldness of his palette and the roughness of many of the shapes in his work. These painting/drawings have a great energy to them. 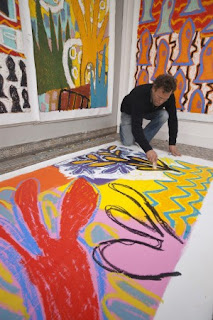 The students and I looked at a couple of works from Gordon's website and identified different things in them- lines, bright colors, plants, and patterns. I asked them what parts of his paintings look closer to us and why they appear that way. I pointed out that even though Gordon's paintings and George's harbor paintings look different, both artists are applying similar ways of creating 3d space. Most of the classes recognized the use of scale and overlapping to create depth in the images we viewed. 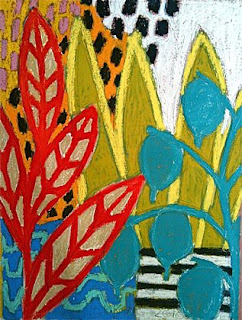 This was much more of an independent drawing exercise than their harbor drawings, so there was a wide variety of approaches to it across the different classes. I emphasized that I would model each step, but they could approach each step with something that I had not shown them how to do.
The large plant for came first followed by a line pattern that had to be overlapped by that plant shape. They then added a shape pattern in an open space and another line pattern to fill another space. Depending on ow much empty space they had left, students could break up the design more with line and/or pattern.
They could use any colors they wanted as long as they pressed hard to make the colors intense and that shapes next to one another were not filled with the same color. 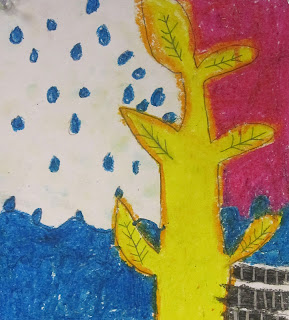 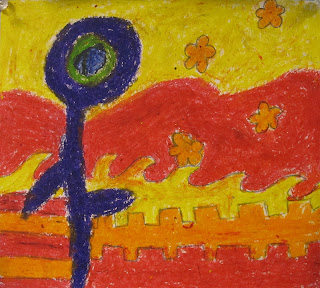 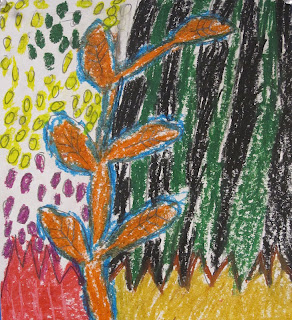 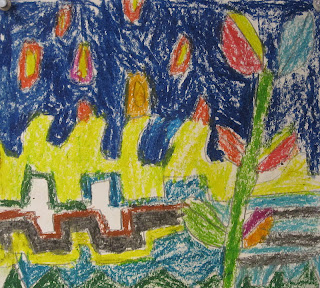 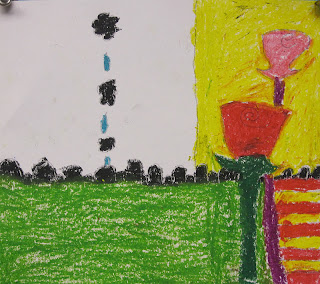 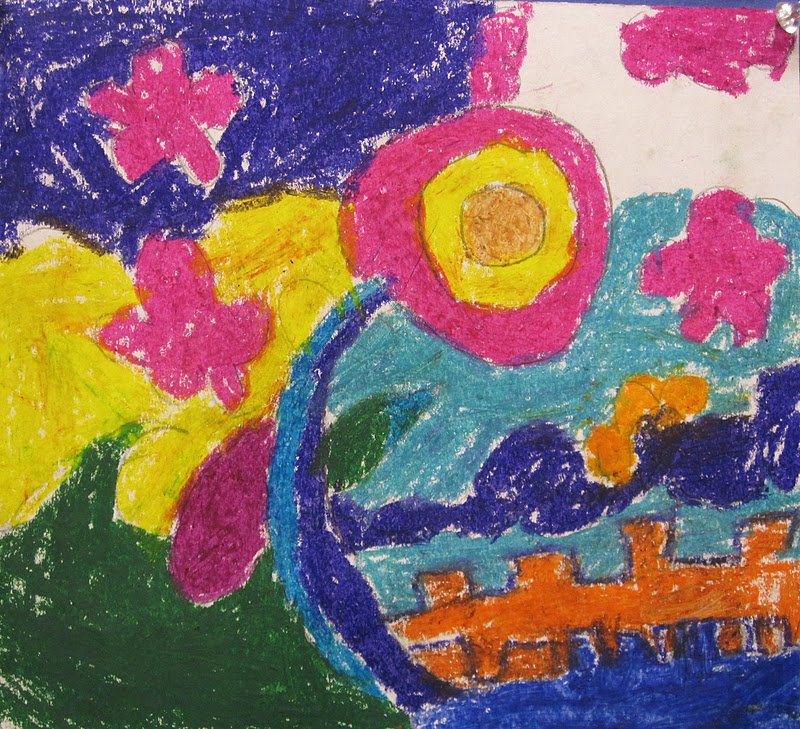 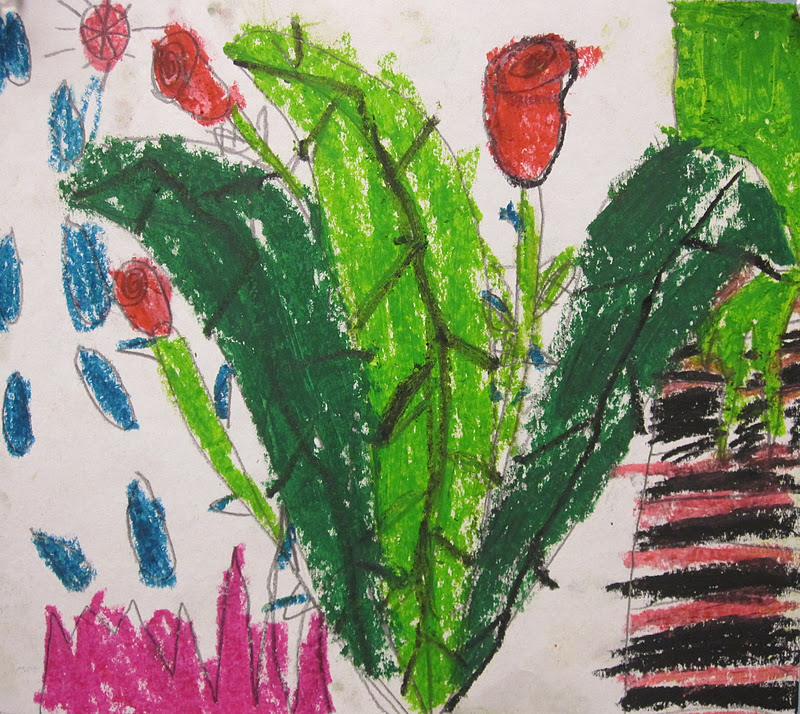 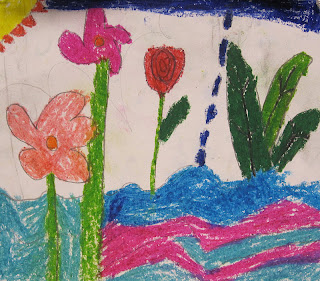 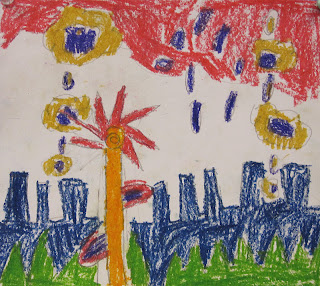