out and about with jolby

I thought it would be nice to revisit the work of Josh and Colby at Jolby one last time this year with a different grade level, so I introduced the 2nd grade classes to their work. The kids, of course, thoroughly enjoyed the collaborative efforts of the Jolby team.

I gave the classes the lowdown on Josh and Colby with the help of their website. We talked about how even though the two of them looked silly (they have a photo of the two of them on their about us page) and had fun creating their work, they took it seriously and always tried their best.

To introduce Jolby's work I shared a commercial they did for the college they graduated from that features a character and other artworks that they created.
Then I shared a video the duo put together as a preview of a show they recently had in San Diego. The kids loved seeing both.

We then looked at a couple more images from their San Diego show, Shapes and Smiles. Both of the images I selected had their basis on memories that Josh and Colby had. One of the 2nd grade standards is to explain how artists share experiences or communicate ideas, so these images offered up good discussion points for how and what Josh and Colby were trying to share with us. Next to both images on the Josh and Colby shared in writing what the basis for the work was, so I could share that with the kids too.

The first day of classes I focused on this image, titled Ready to Go. 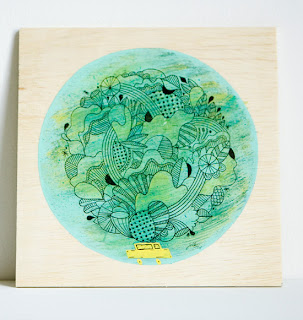 We approached the drawing in 4 steps, pencil drawing, marker tracing, colored marker scribbling, and wet brush blending. I asked the students to draw things that they would want to take with them if they were moving or going on a trip. They were asked to connect some of the shapes together with line patterns since patterns are a key element in the work of Jolby.
When they added colors,  I had them choose between warm and cool colors. I said that cool colors could give the image a sad or calm feeling, while warm colors would give it a more happy, upbeat flavor. They chose their colors based on what feeling they would have as they were going on that journey. 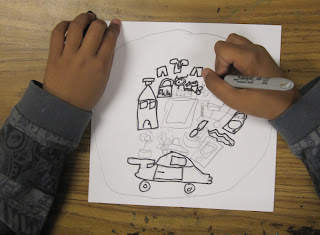 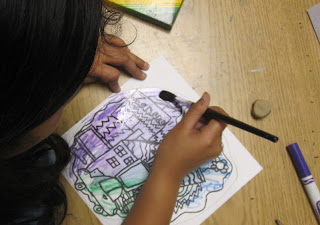 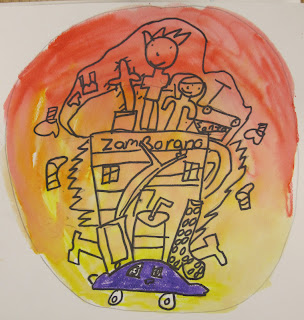 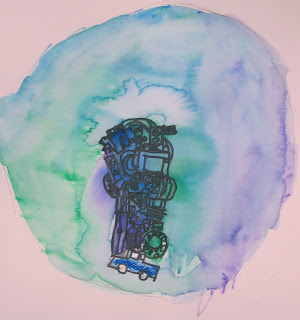 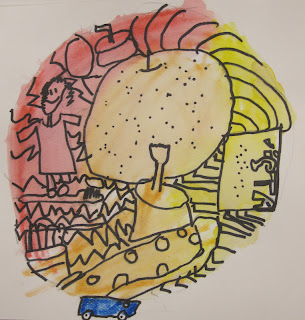 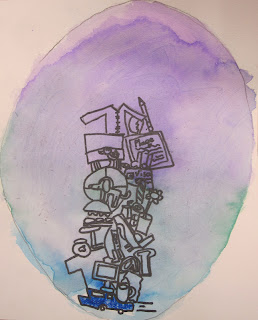 The above results were great, but I felt like too many of the students were not having enough success compositionally and with color execution. I decided to focus on another image for today's classes. I still focused on the same standard, but instead of also working with warms and cools, the students had another opportunity to practice recognizing and creating symmetry in art. We did the drawings with colored pencils, sharpies, and pencils.
The second image was titled Escaping the City. 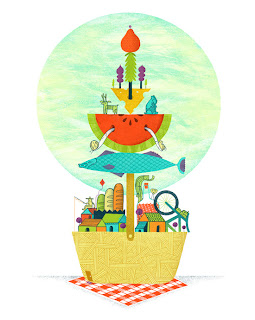 For this lesson, the class and I identified what showed symmetry in the image and where it was not present. I pointed out that even though some things did not perfectly match, things on opposite sides were about the same size and shape, so there was still a strong sense of balance.
I asked the kids to think about what they would bring with them if they were heading out to the country or out into a more natural setting for a few days. Oh, and since Josh and Colby added fictional touches to the image, I also said they could add little characters or take other liberties with the things they were going to include in their drawing.
We started by folding the paper to create a line of symmetry and then drew the basket and blanket together. After that it was up to them to add their personal things in a symmetrical way.
When students were ready to color I said they could approach it in a couple different ways. They could make shapes look 3d like they did in their Pearl Fryar inspired drawings or they could color things flatly like Josh and Colby do so often in their work. 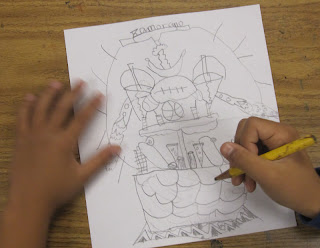 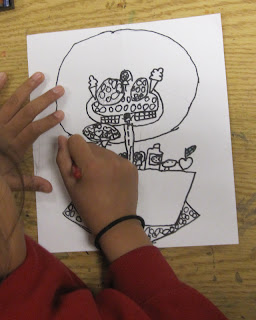 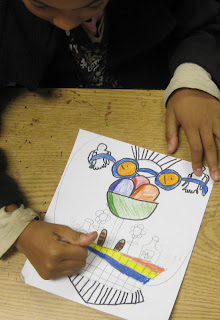 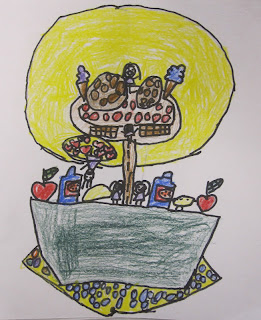 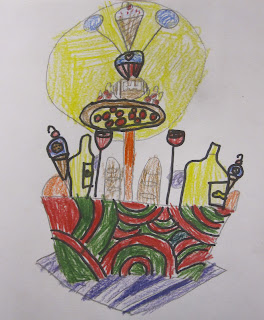 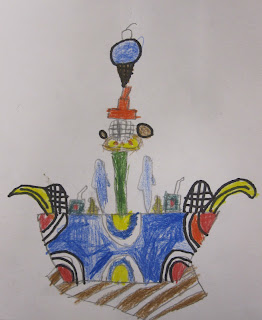 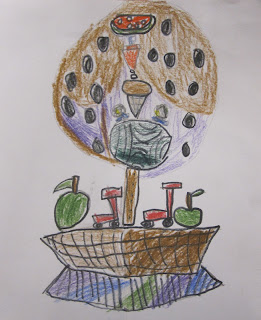 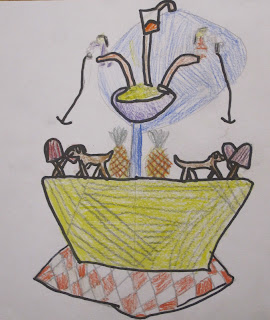 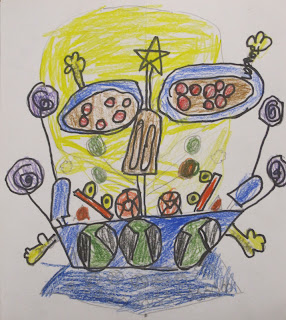 I think that more of the students had a better time with this lesson today. Much more of them were in control of the media. The marker and water approach was too messy for the other lesson.
Great job 2nd grade team!
Thanks for the inspiration Josh and Colby!
Posted by dmasse at 2:49 PM