visit to the street.

As in Sesame Street.

Designer Thom Pastrano has done a fantastic series of abstract images based on classic characters from one of, if not, the best children's show of all time. I LOVE these. I thought it would be a kick to recreate a couple of these with my kinders this week. I thought kids would also get a kick out of it.

Funny thing though. When I showed the classes the image below, not many kids knew who the characters were. 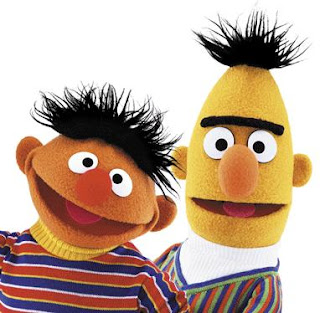 I was stunned, and to be honest a little sad that they could not recognize these two cool guys:( More kids knew who Ernie was, but Burt, not so much. We then looked at them and identified shapes and patterns.
After sharing the above photo, I told the class an artist had done pictures of Burt and Ernie, but the pictures looked a lot different. He had moved things around and flattened things out to make something new and interesting. 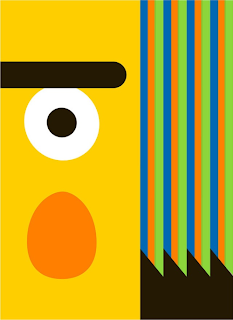 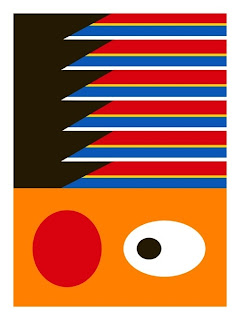 We took a few minutes to identify where the parts of Thom's images came from on the two puppets. Then we started making one or the other character. The steps were pretty simple.
The most challenging step for the students was to cut the zigzag line for the spiky hair. I changed the rectangular format of the original images so students wouldn't have as much trouble gluing the skin color piece and shirt pattern on. It also gave kids more options as to where they wanted to place those bigger pieces.
When we did the pattern part we used primary colors for Ernie's shirt and secondary colors for Burt's. I took a little artistic license with Burt's color pattern. It's actually blue, green, and orange, not purple, green, and orange. Shhh....
Great job cutting, gluing, and pattern making kindergarteners!
And of course thank you Mr. Pastrano and Mr. Henson for the inspiration. 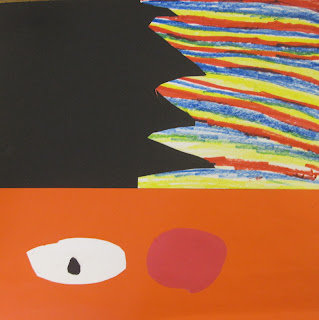 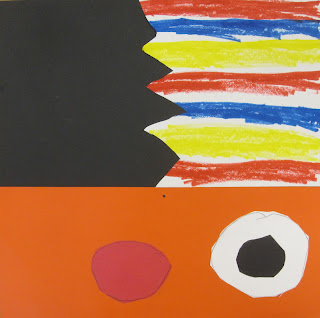 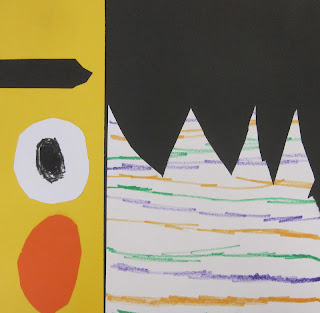 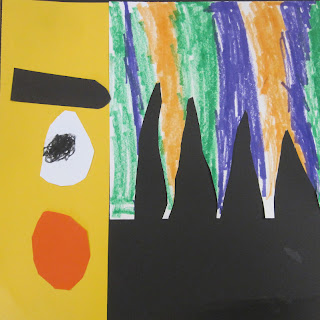 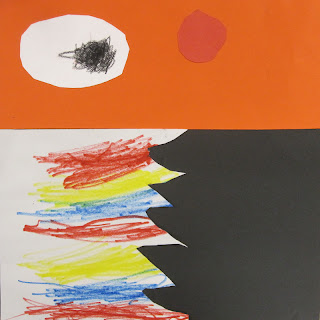 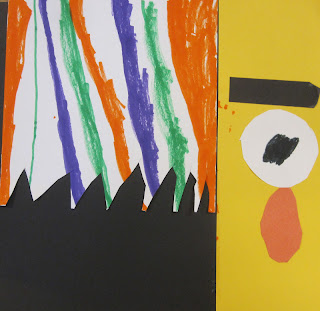 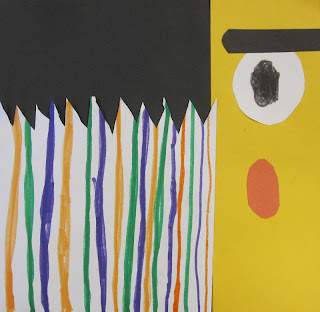