The 4th grade classes were in a bit of a tricky spot this week. Most classes had some students that had to finish building their cut paper landscapes for the pinhole photography project. In some classes it was just a few students, in others it was a lot.

I decided to introduce a new project that built off a couple of the space concepts that they learned about the previous week. I thought the activity would be simple enough, yet still engaging, so that kids could get caught up and go with it when they finished their landscapes and I wouldn't have so much re-teaching to do. I think the new project was successful in that regard, but too many of the late starters rushed to get done, instead of taking their time and coming back later to finish. I always emphasize that rushing is never a good idea in art, it's when sloppy work happens:(

I got the idea for the new project from the boooom art blog. A while back it featured some art by LA based artist Jim Darling. Jim creatively tackles a wide variety of visual forms. It was a series of windows that caught my eye, though. 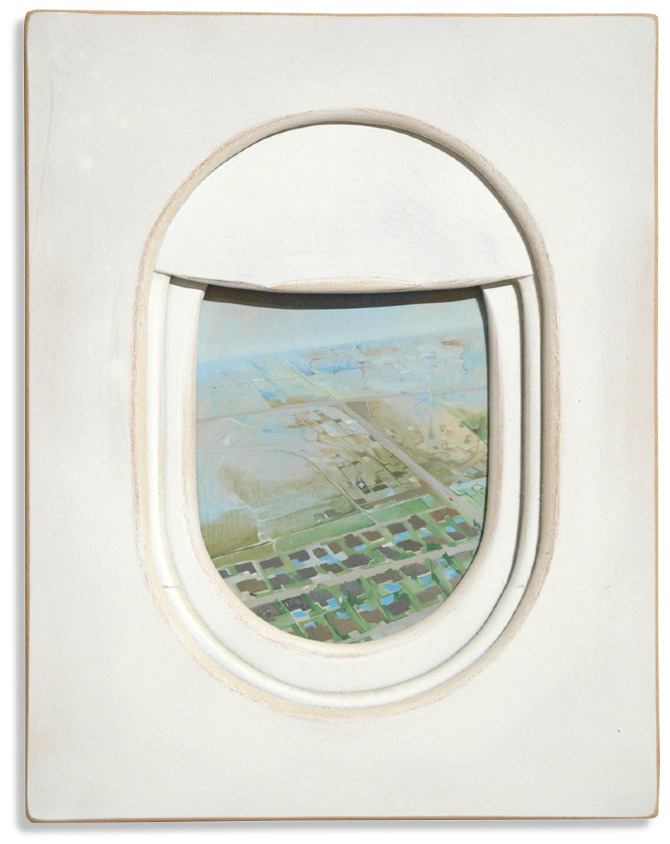 I loved the sculptural aspect of the pieces like the one above. The airplane window and the interior wall of the plane create a built in frame for the scene out the window. When I shared this series with the students we talked about the contrast between the positive shape of the window scene and the negative shape of the wall outside the window. (4th grade art standard)

We also revisited the spatial concepts that we had identified and used in the previous David Reeves pinhole project. In these window paintings Jim used vertical placement, overlapping, value change, and change in detail to make the view out the windows look 3d. (4th grade art standard)

The 4th graders had already used line patterns to create volume and colored paper to create implied space in art projects. This time they would have to control how hard they pressed with the color sticks to create different values.

I had all students take a break for their other project as I introduced Jim's work. After that, students that were done started with me, while the others finished up and then jumped in.

We drew out the window and put the shading in together. I then modeled a few different concepts of what could be out the window on the board and let the students try out for themselves. After 10 minutes I modeled how to create depth by using darker colors in the front and lightening them up as the space recedes. 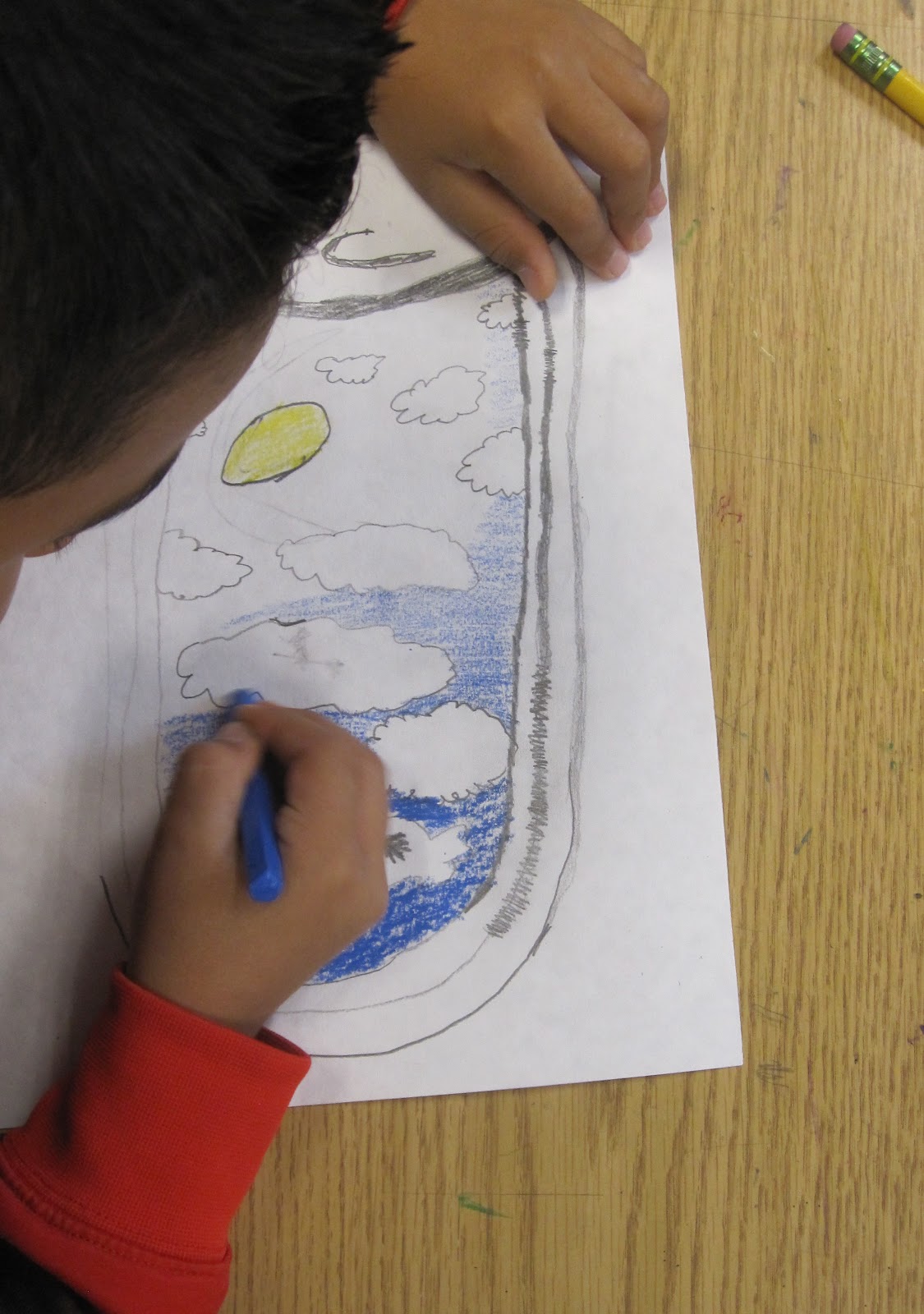 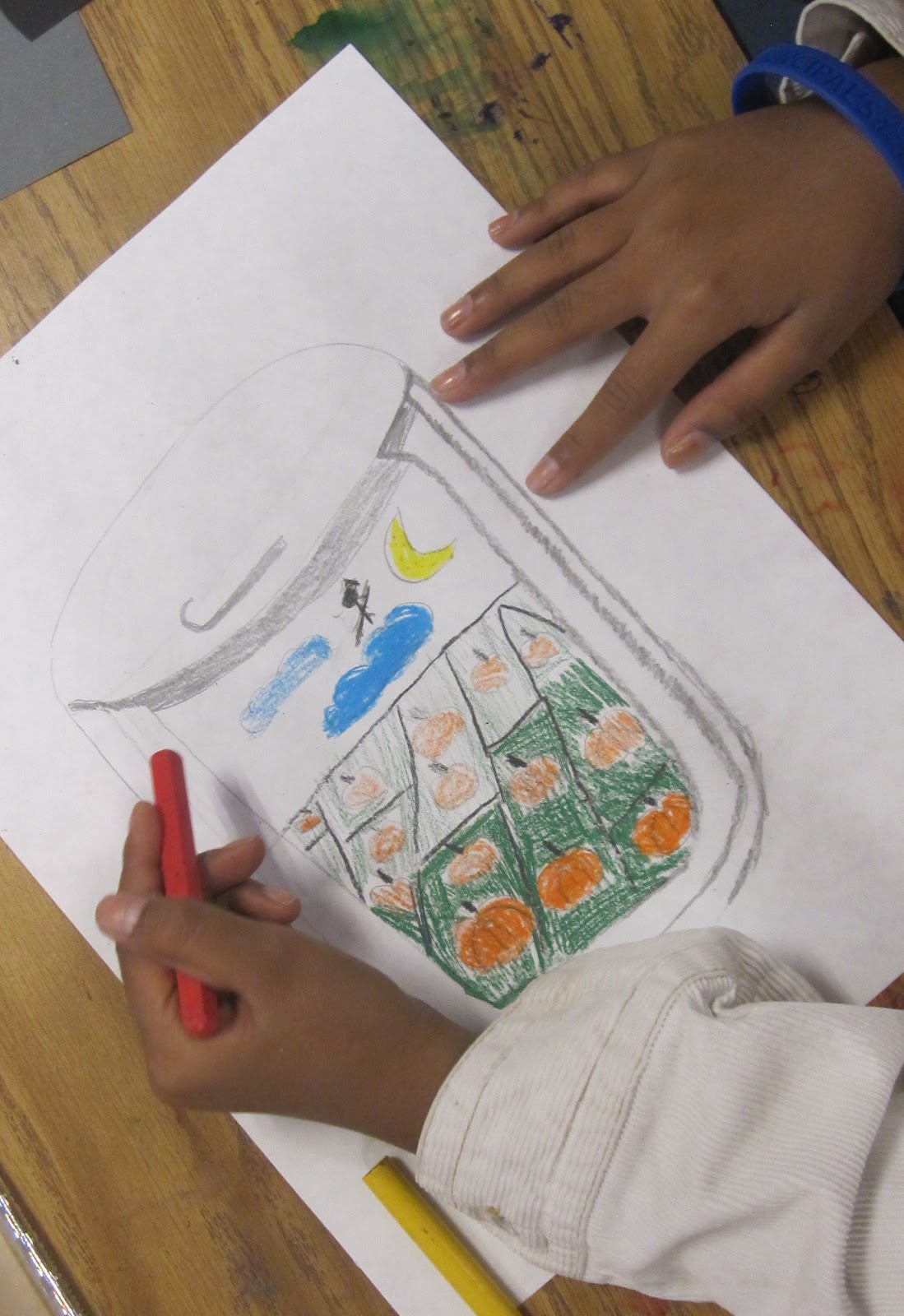 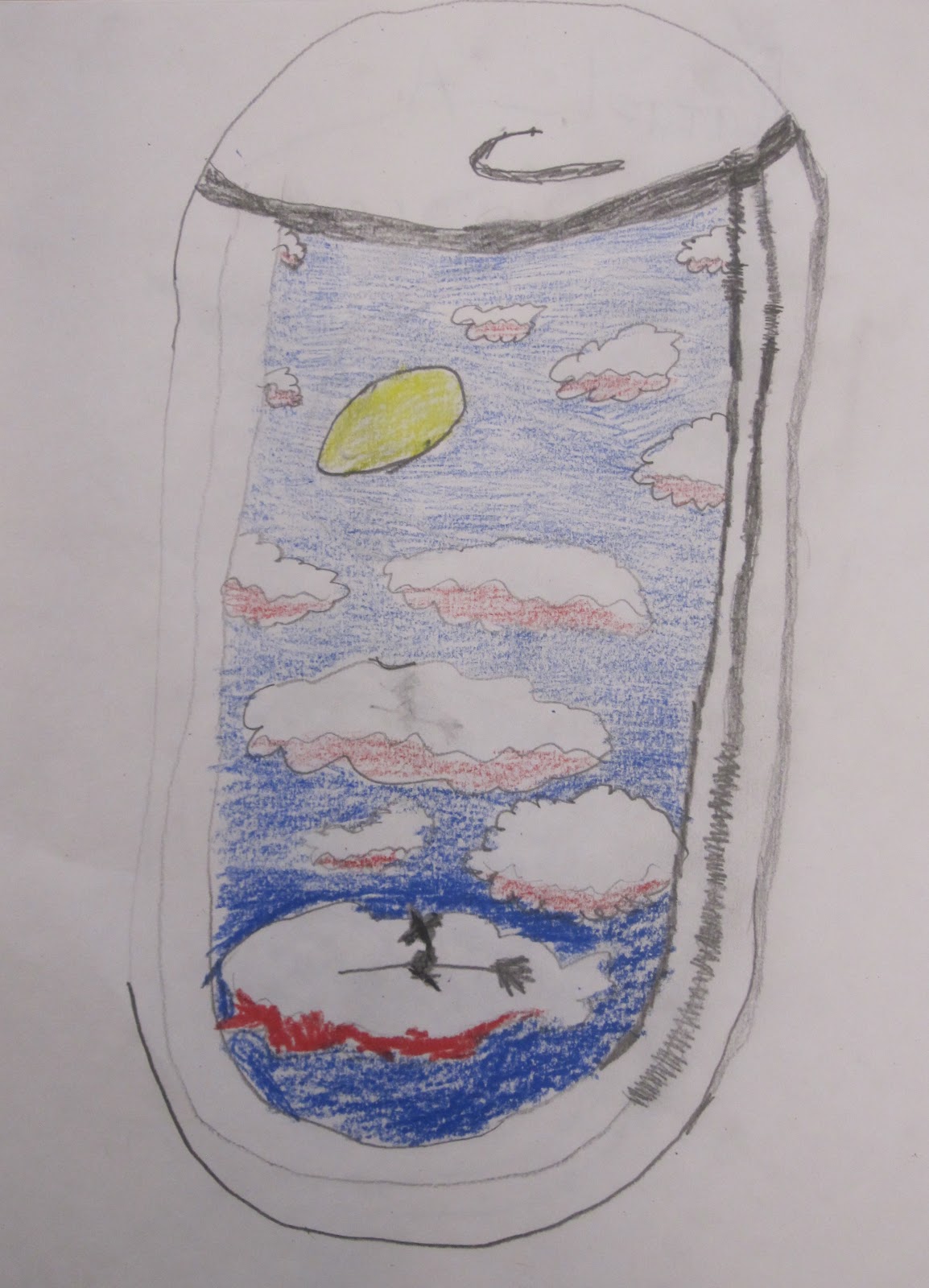 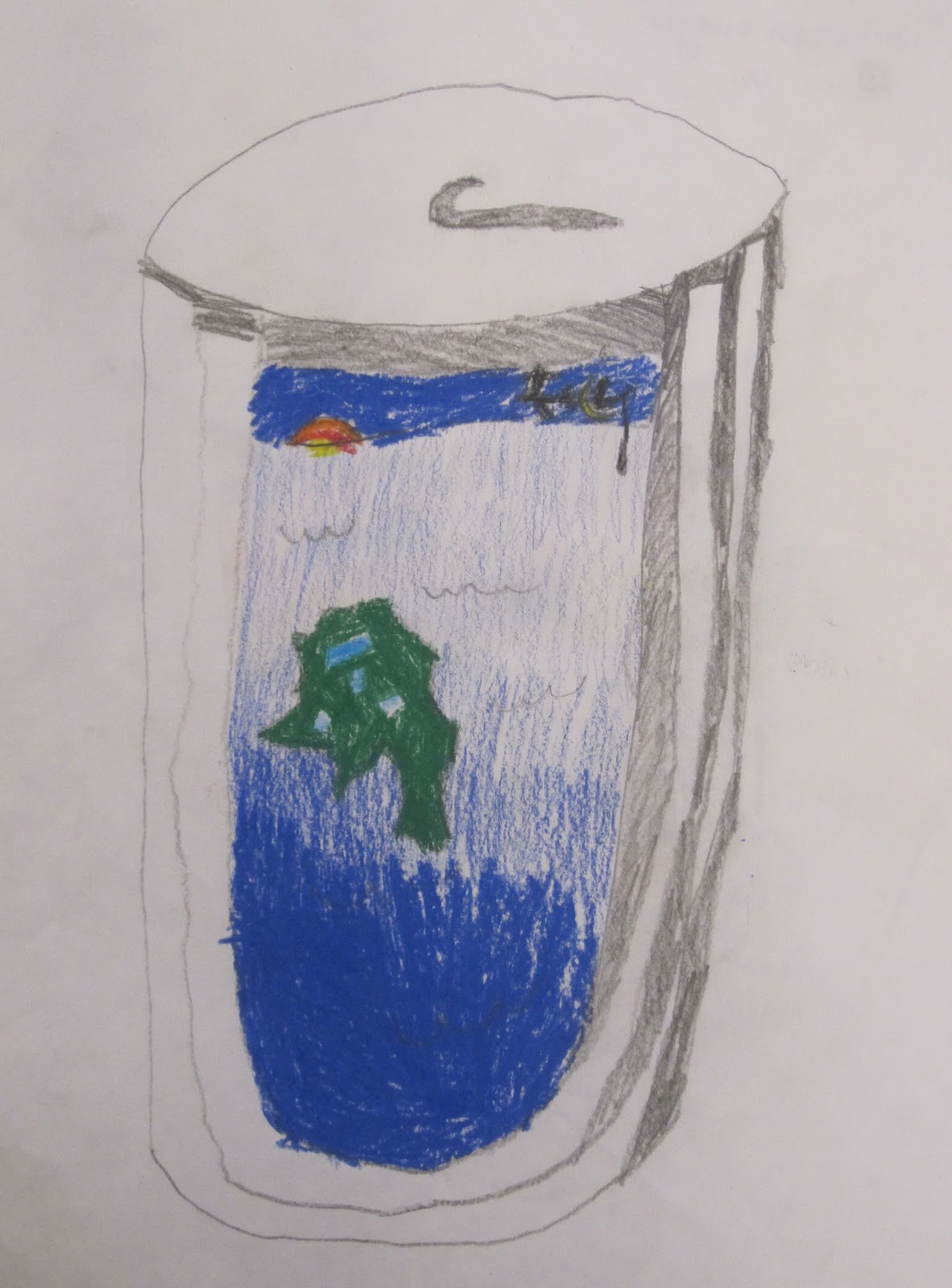 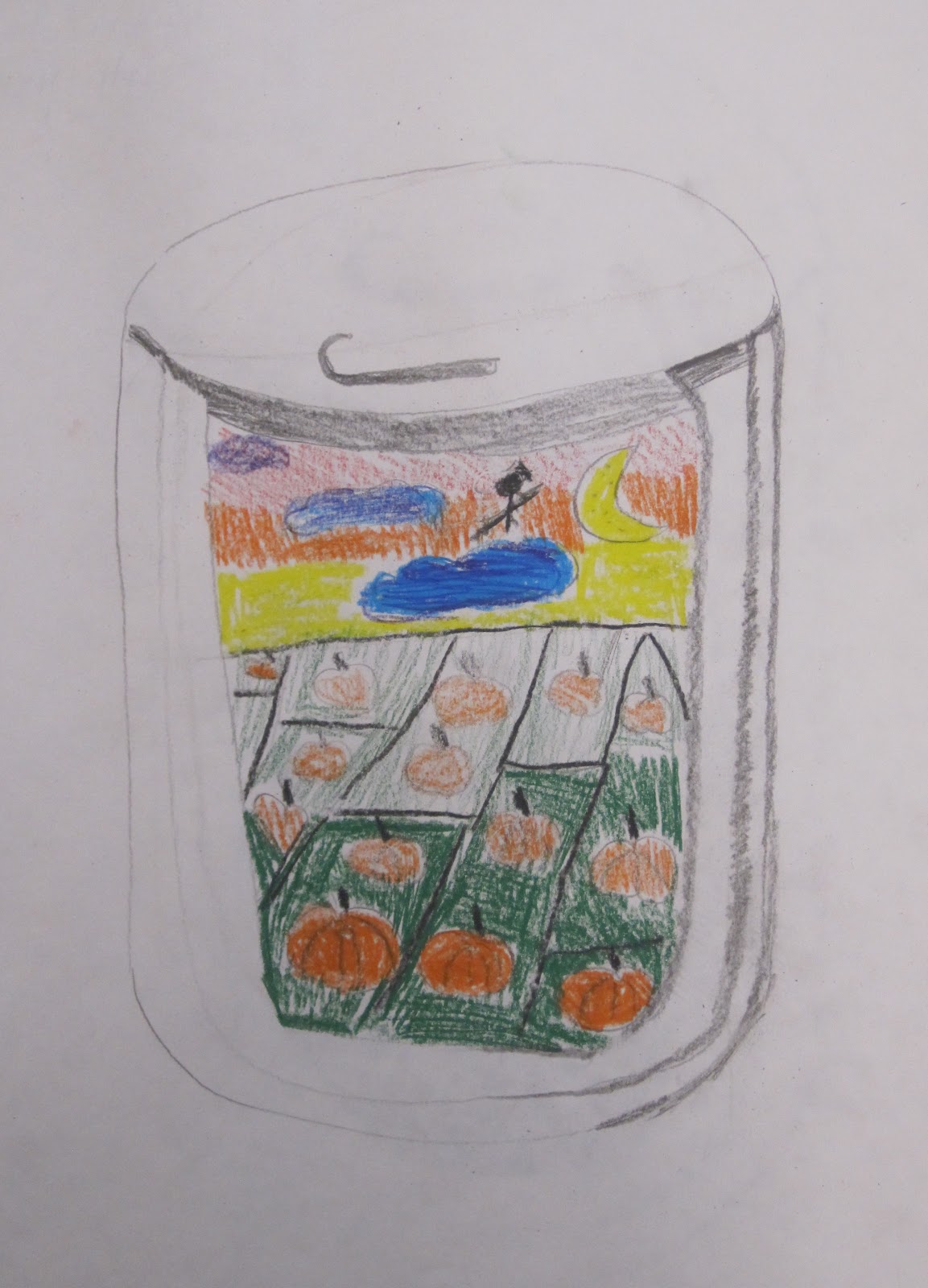 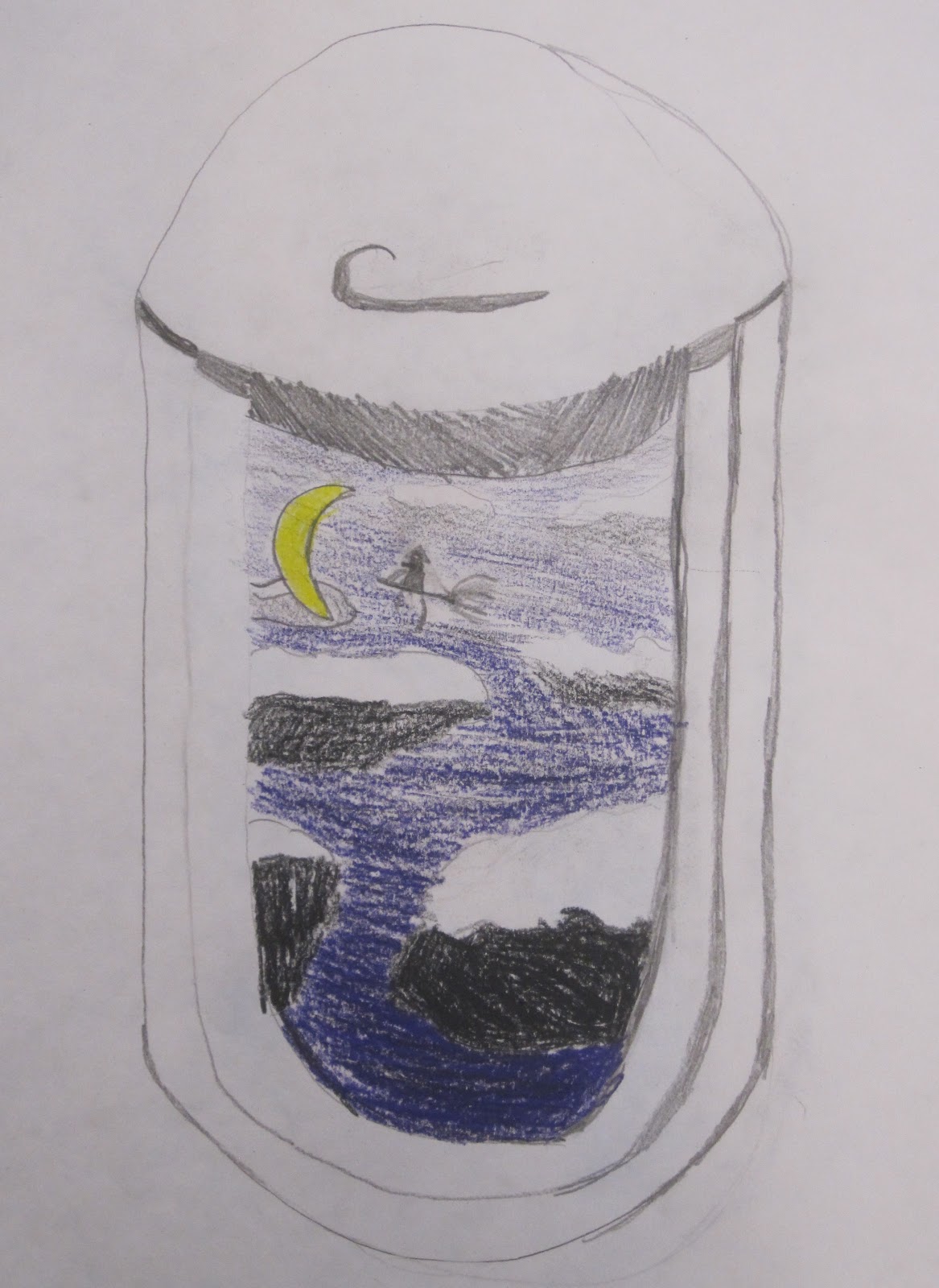 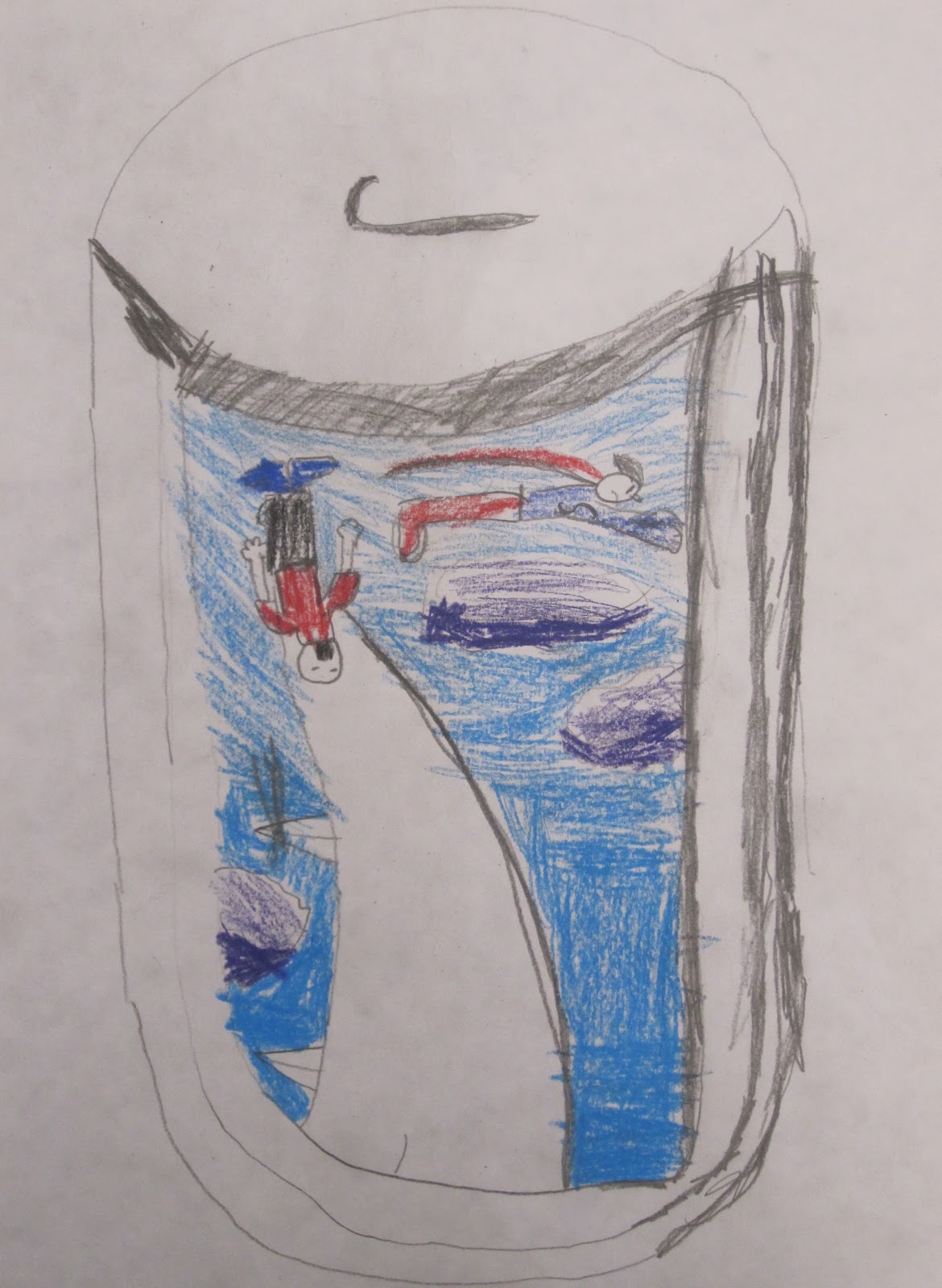 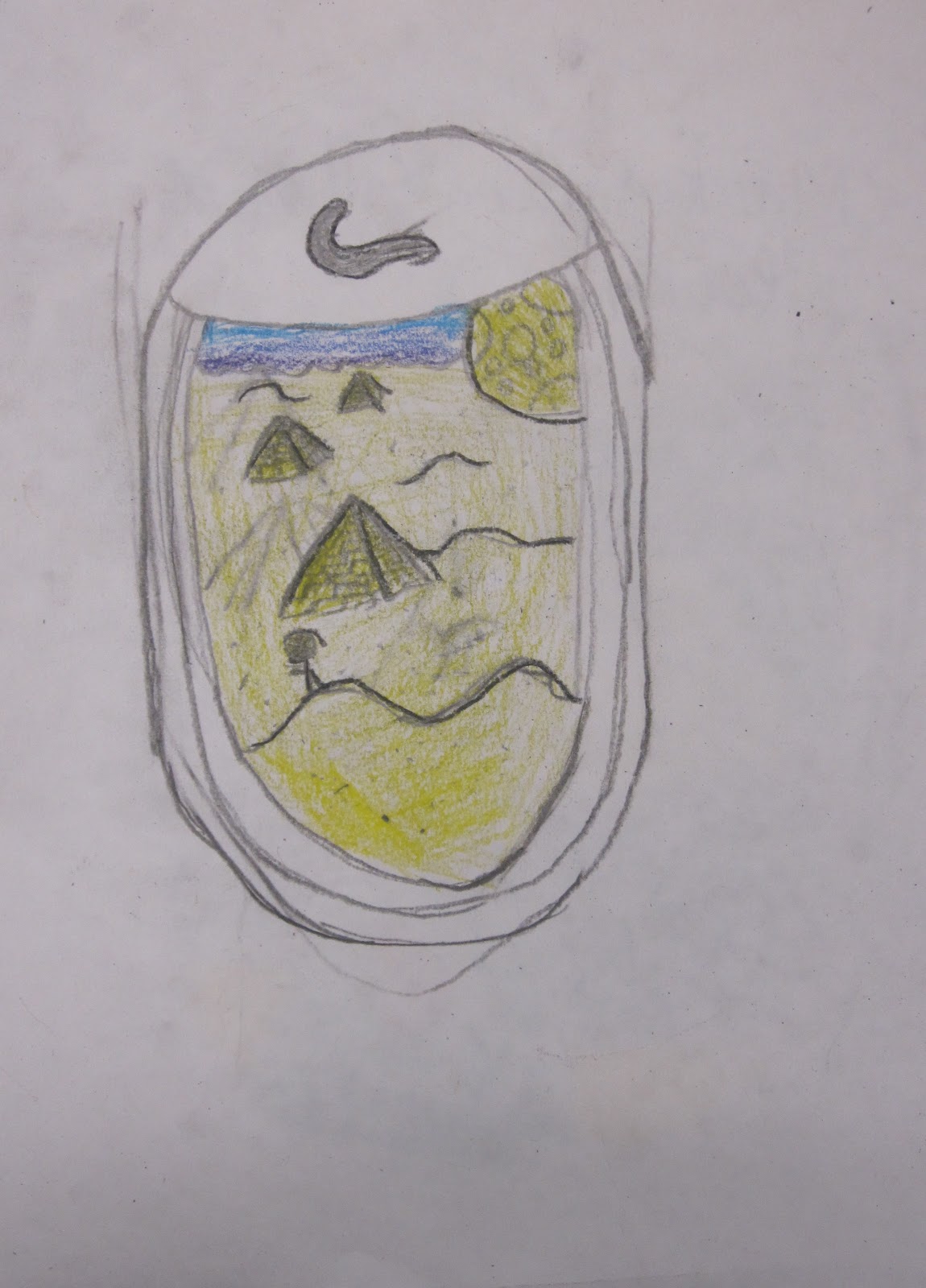 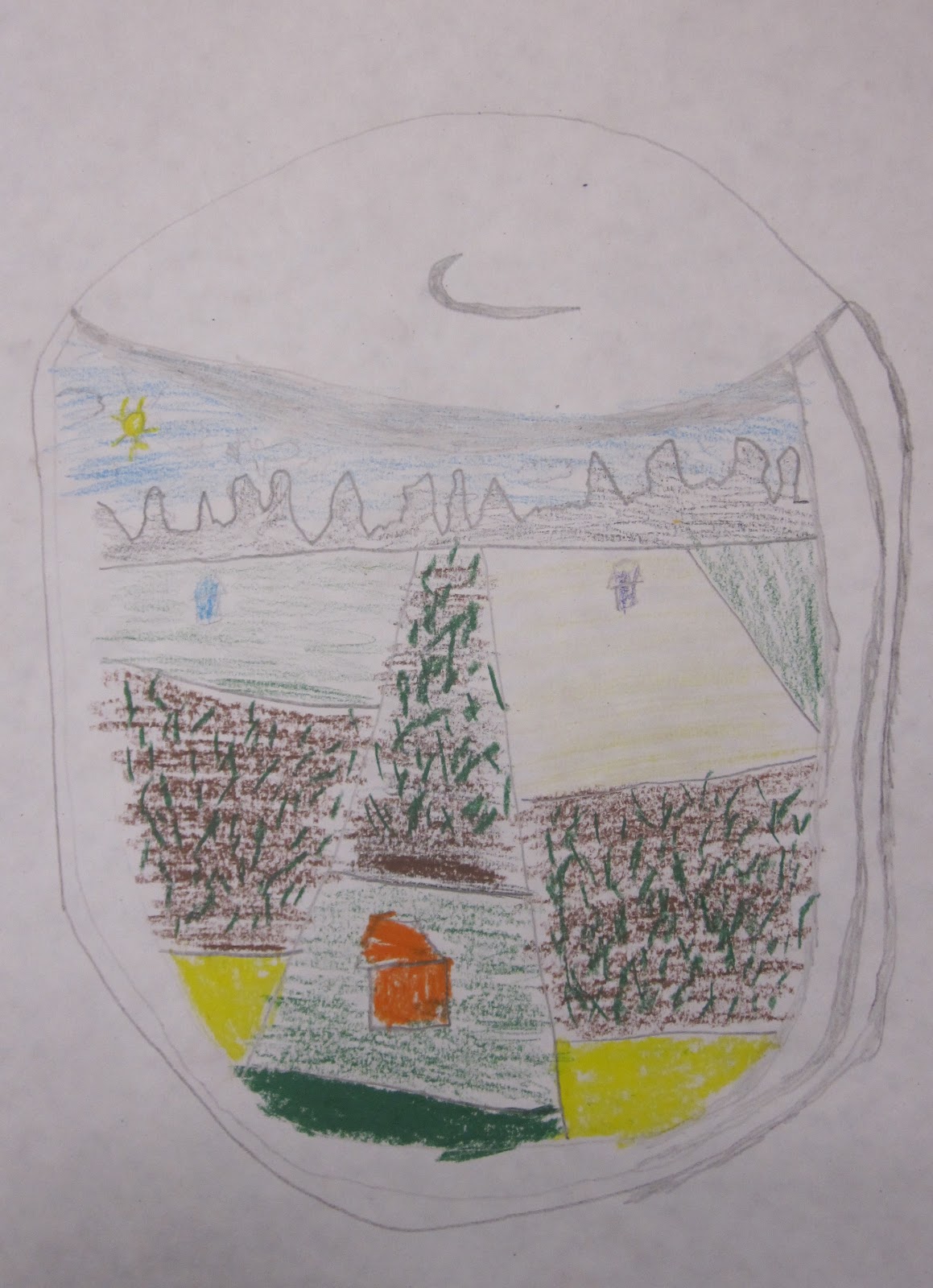