This week I worked with my kinders again. I focused on shape and collage. The lesson was not inspired by a particular artist (shocking)! However, I am sure you could link this lesson up with one. Calder perhaps?

The first thing I did was revisit the drawing we did the last time we met a month ago. In that drawing we used overlapping to make it look like one shape was in front of another. I showed each class a drawing that I had saved from their class and pointed out the overlapping. This was important, I told them, because in the new lesson we would have to overlap shapes to glue them together. If you don't overlap the pieces, the artwork won't stay together.

The image above is where I got the idea for the project.

After revisiting the concept of overlapping, I introduced the kids to the primary colors. This was easy because I have labeled my 3 long student tables as a red square table, yellow triangle table, and blue circle table. Supplies are placed on these laminated shapes on each of the tables. We also identified the 3 basic geometric shapes that were present.

After that I showed students an example of the project they were going to make. I pointed out how some of the shapes were flat and some popped off the paper. I showed them how their sculpture would look different depending on which side they looked at it from.

The students did a great job with the cutting, rolling, folding, and gluing involved with this project. I modeled how to hold scissors correctly and ow to turn the paper to cut out a shape instead of turning the scissors.

We looped the paper to make our 3d circle. We flattened a 3d circle and flattened it in a different direction to make our 3d square. We folded a rectangle a couple times and turned it into a 3d triangle. I loved seeing the faces on some of the kids as I helped them make these shapes:)

I emphasized choice in the placement of the shapes when they glued them together. It was up to them how they arranged their flat and 3d shapes together. Some kids made their flat shapes look like an ice cream cone or a gnome. Others just played freely with their shapes to come up with something neat looking. 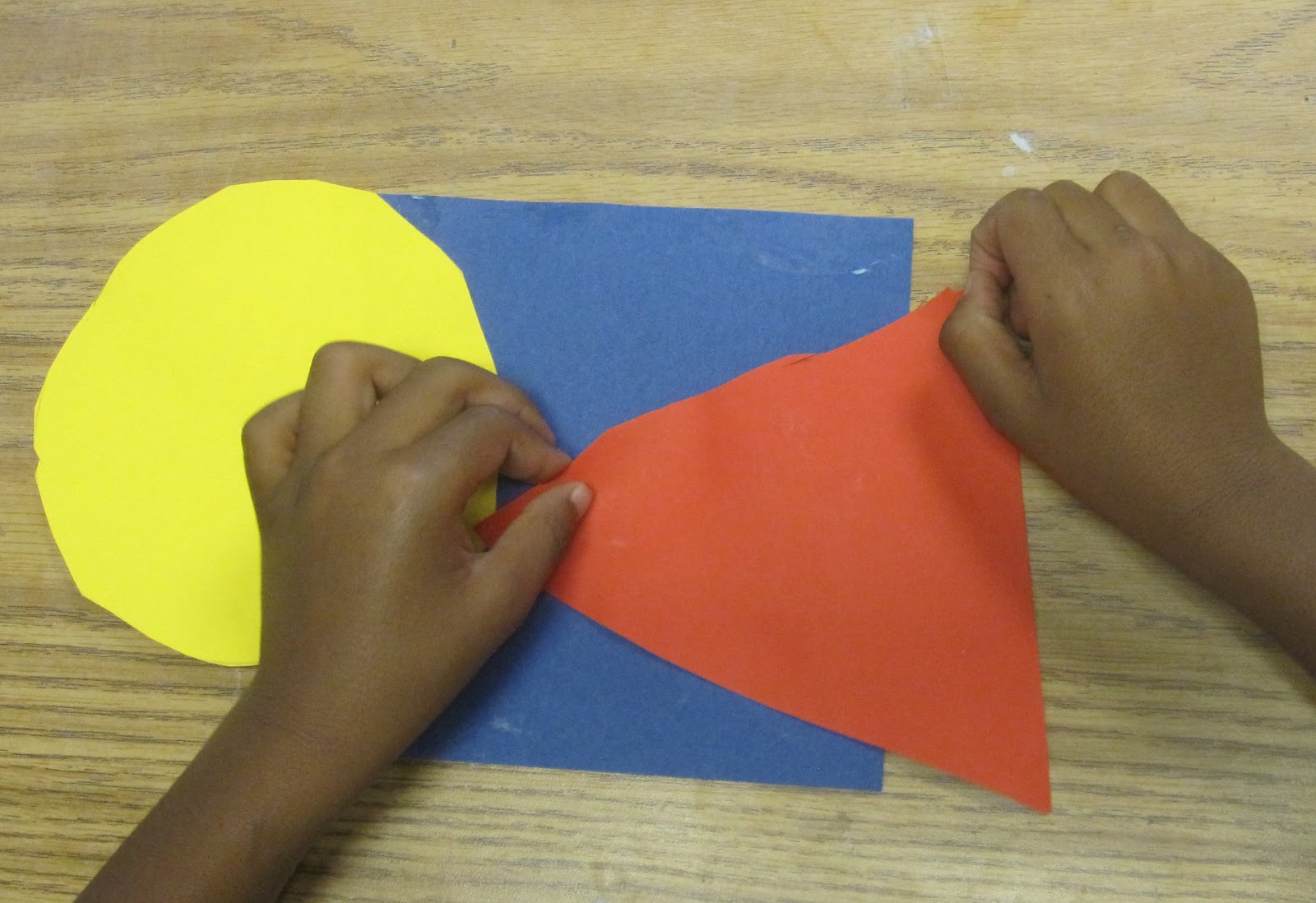 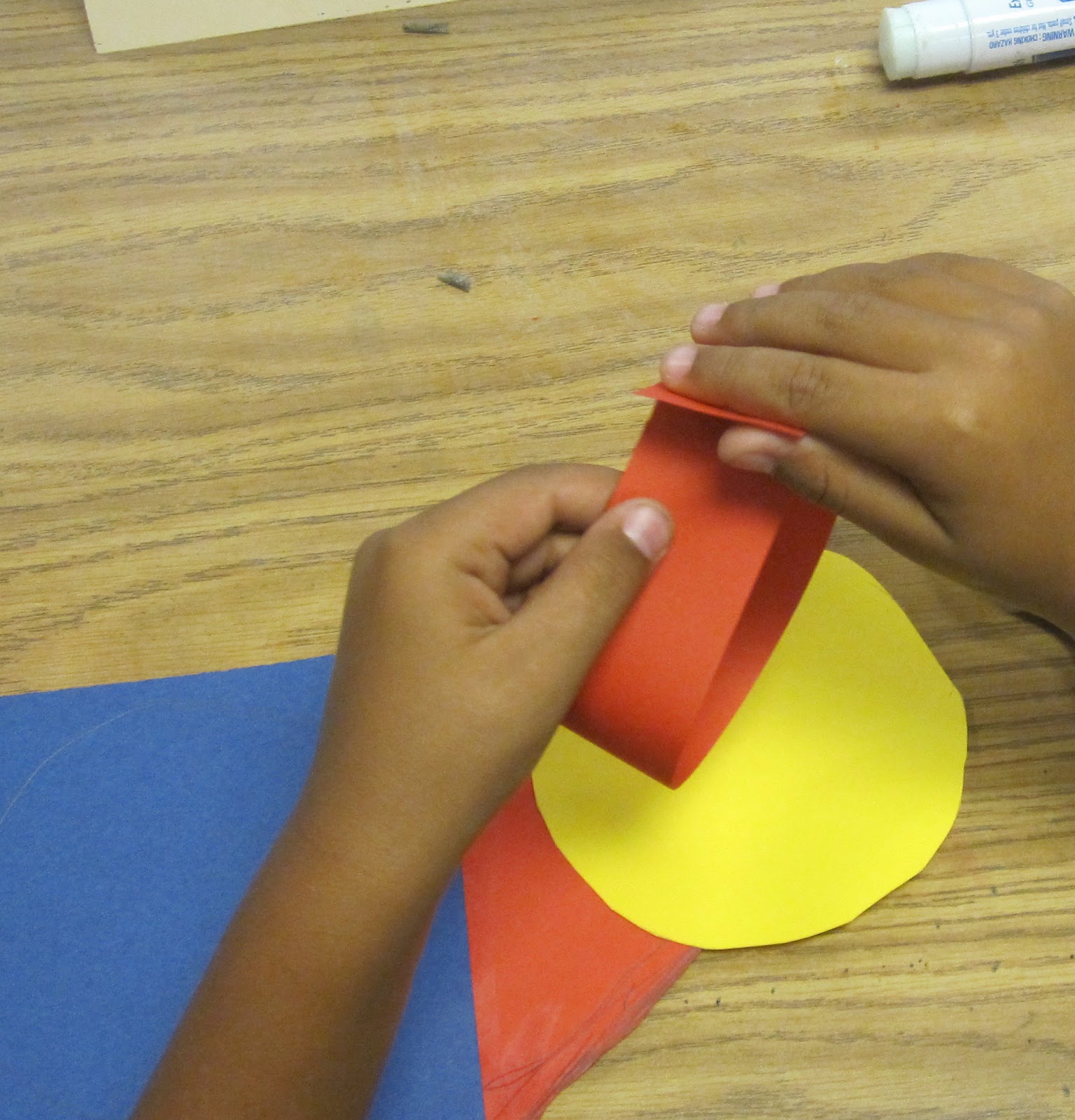 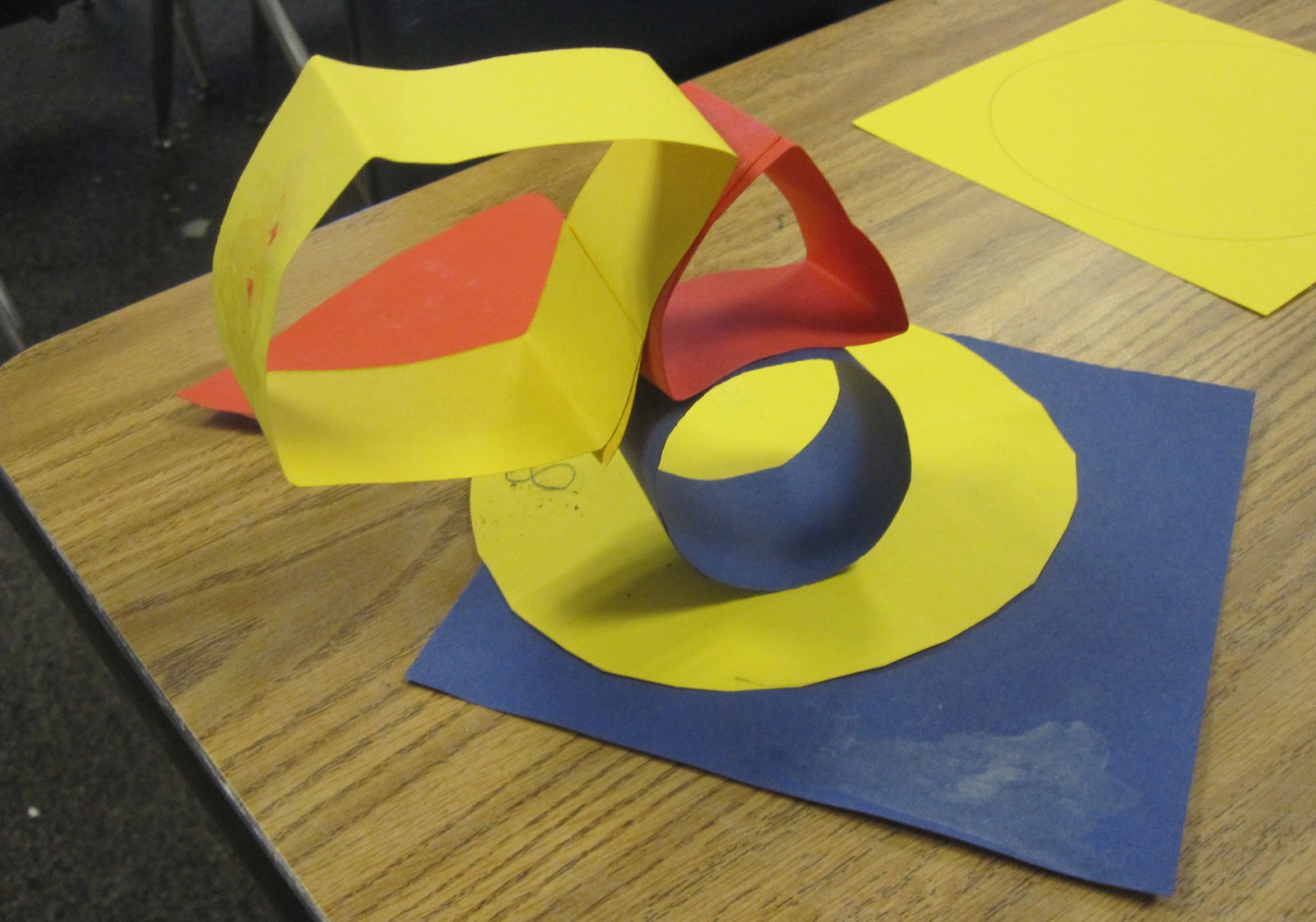 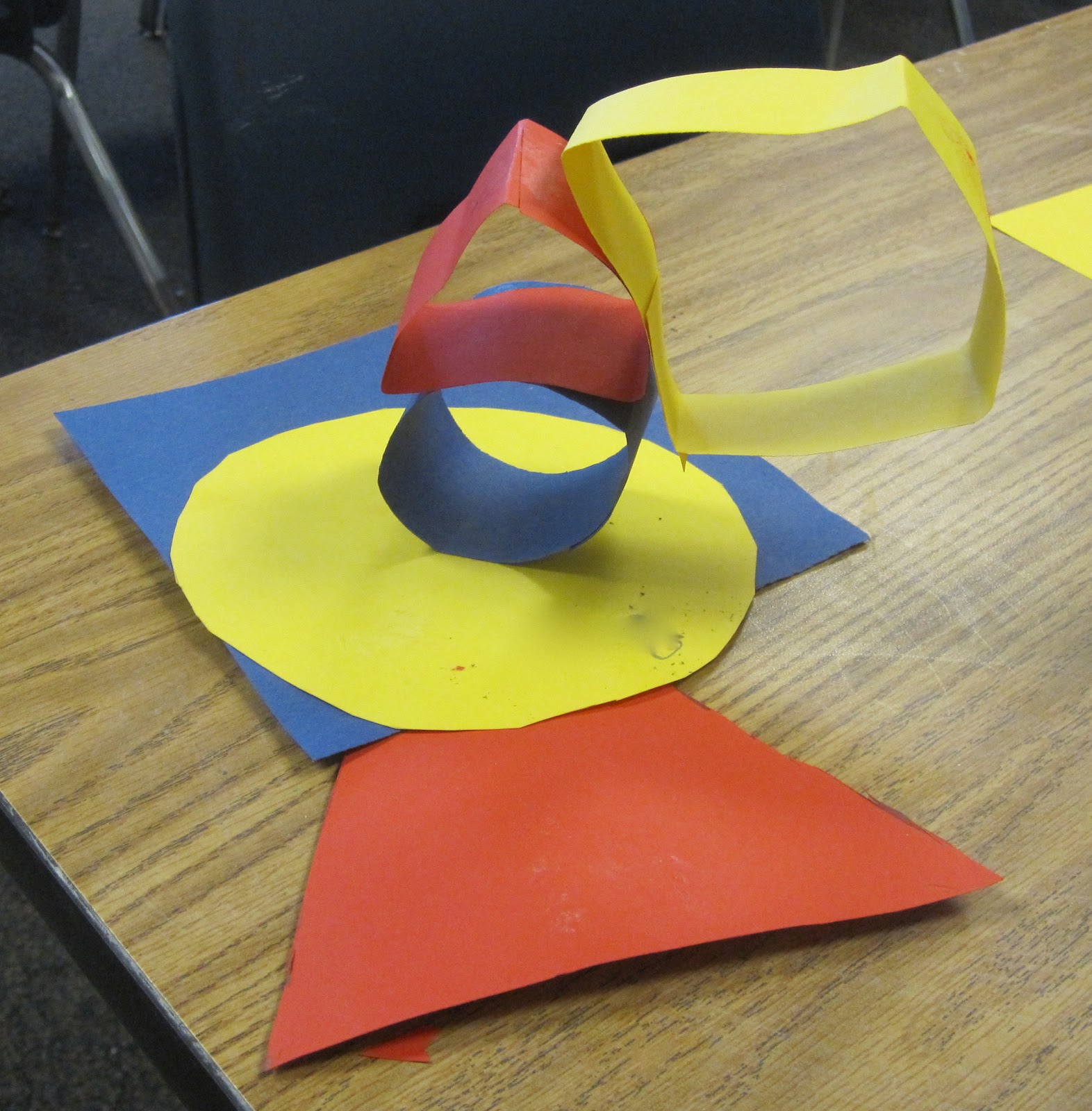 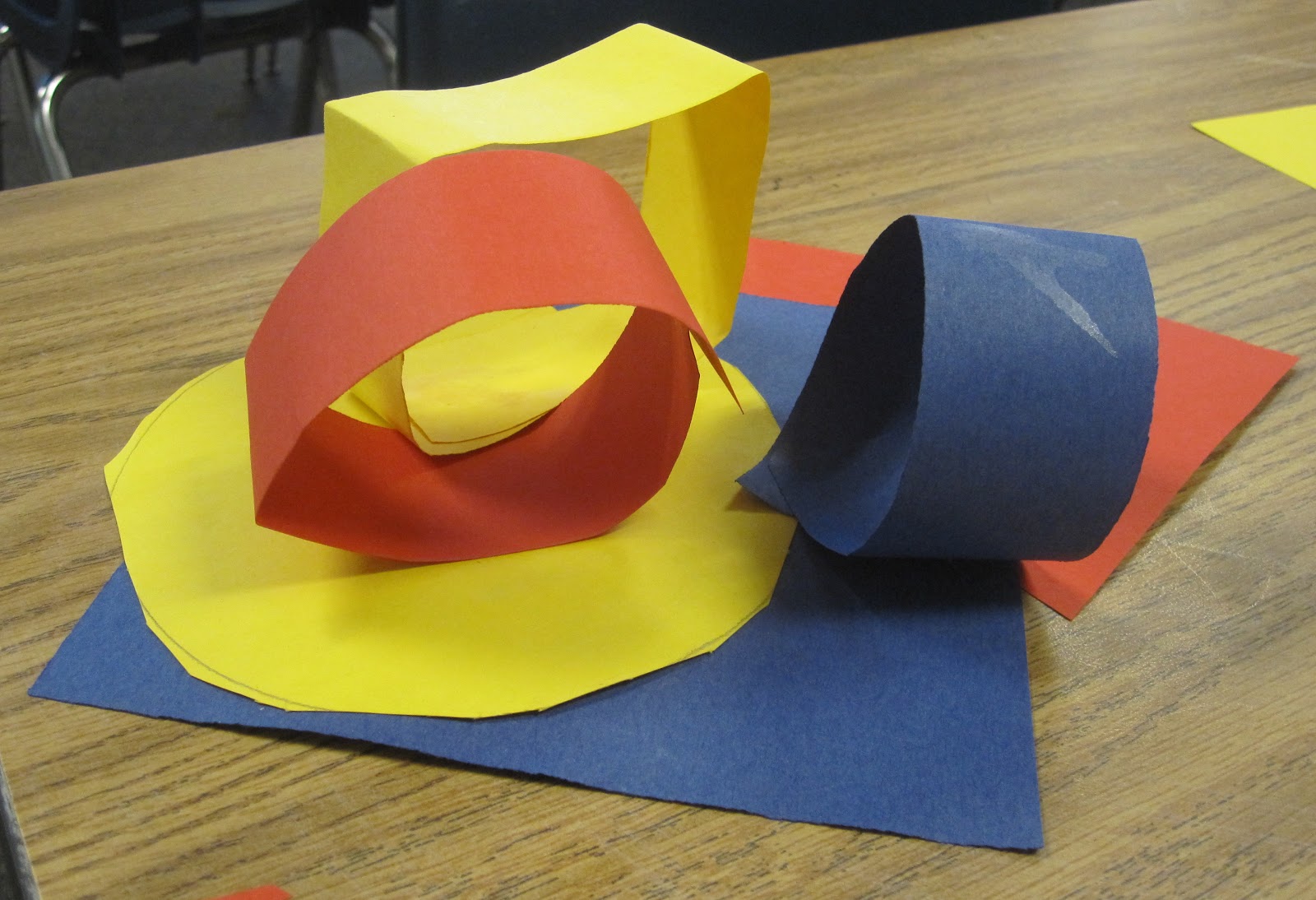 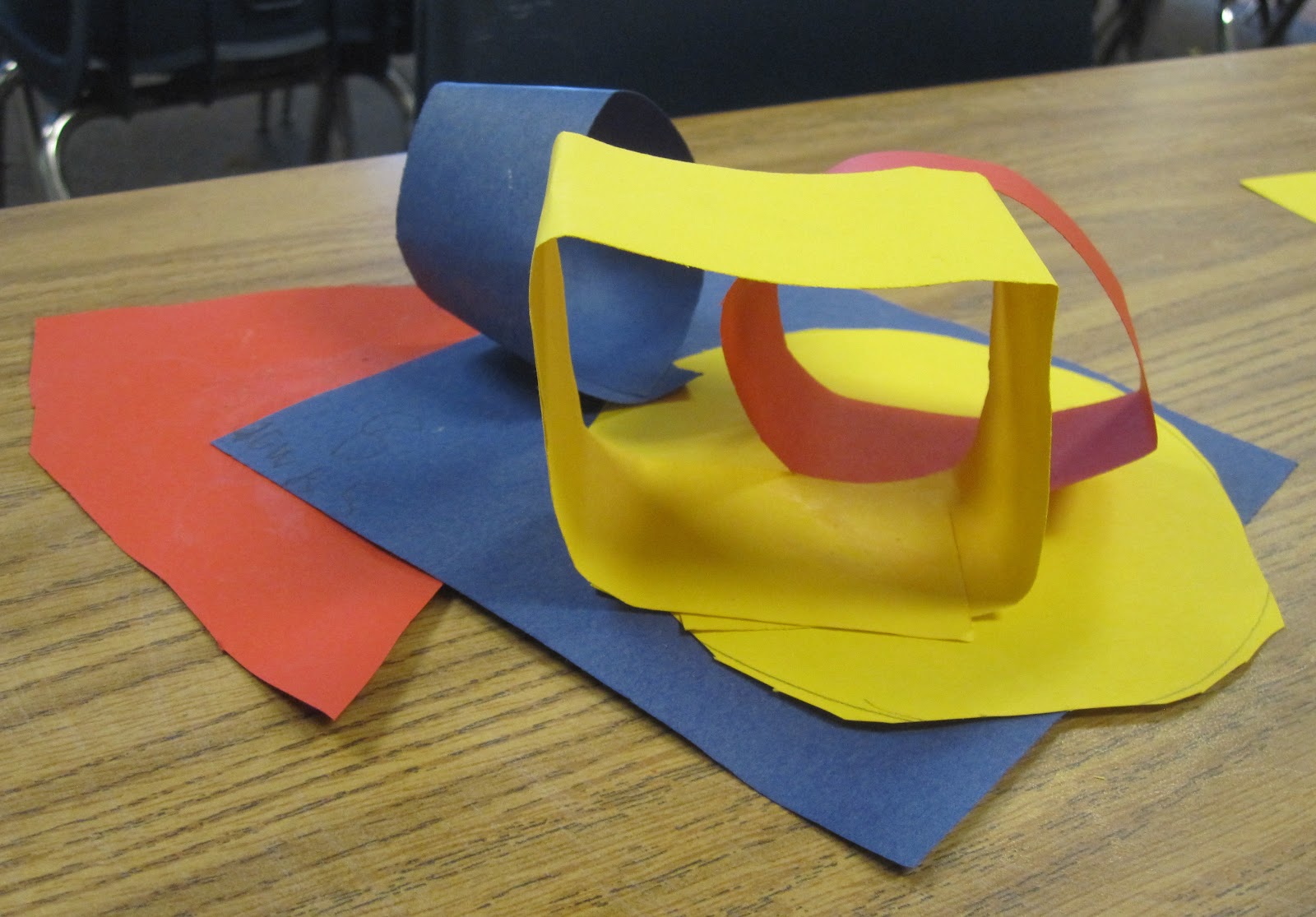 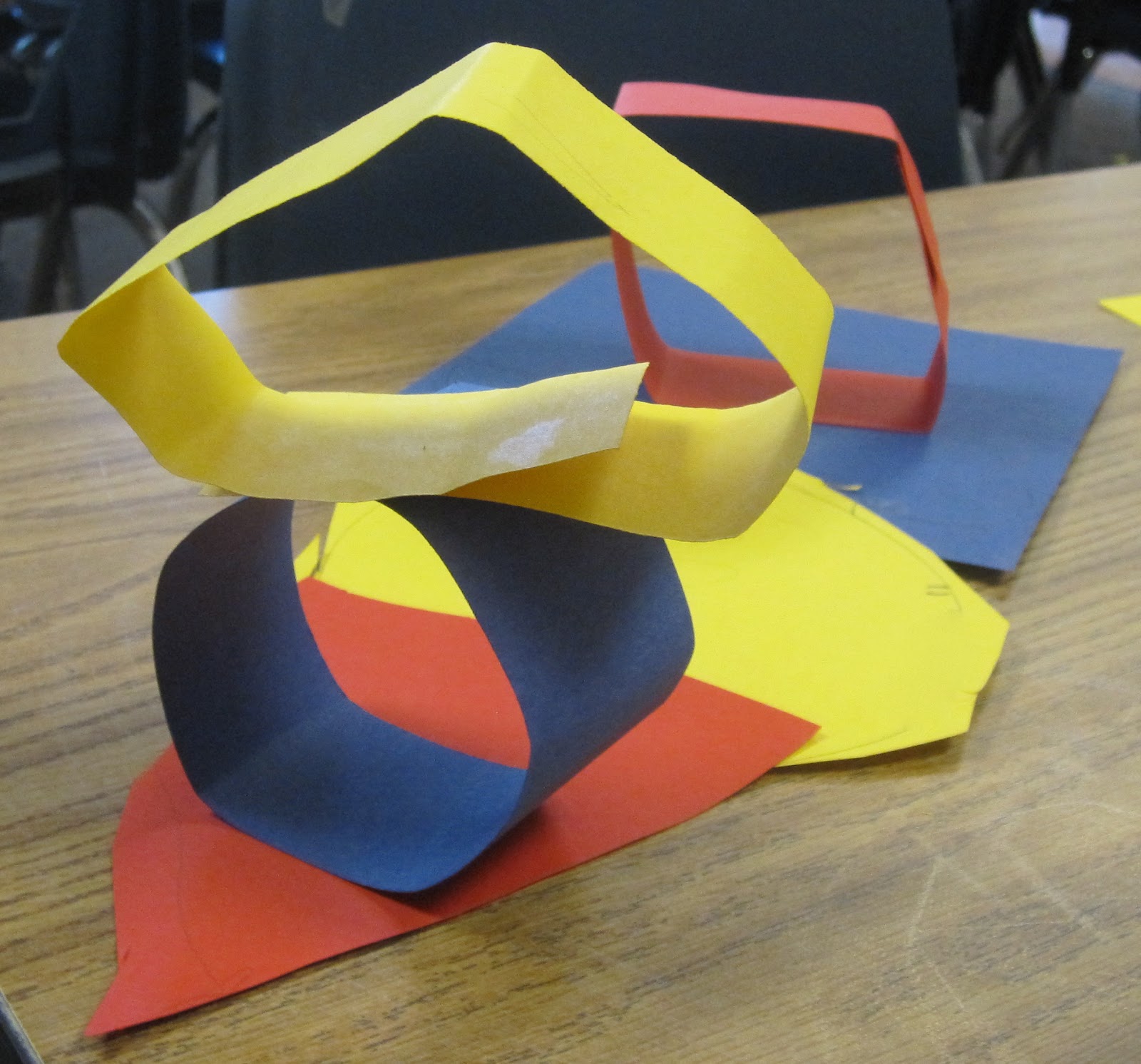 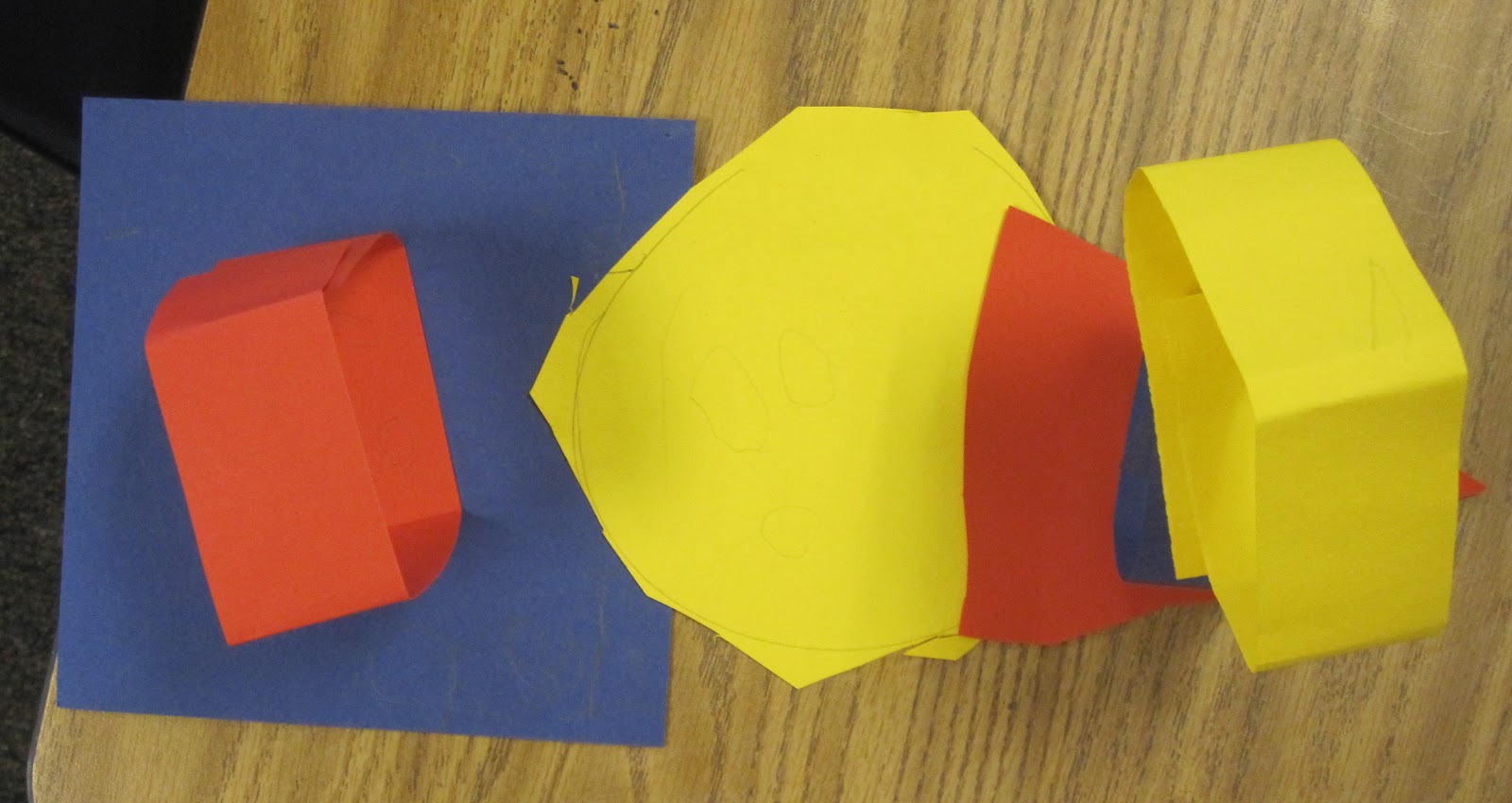 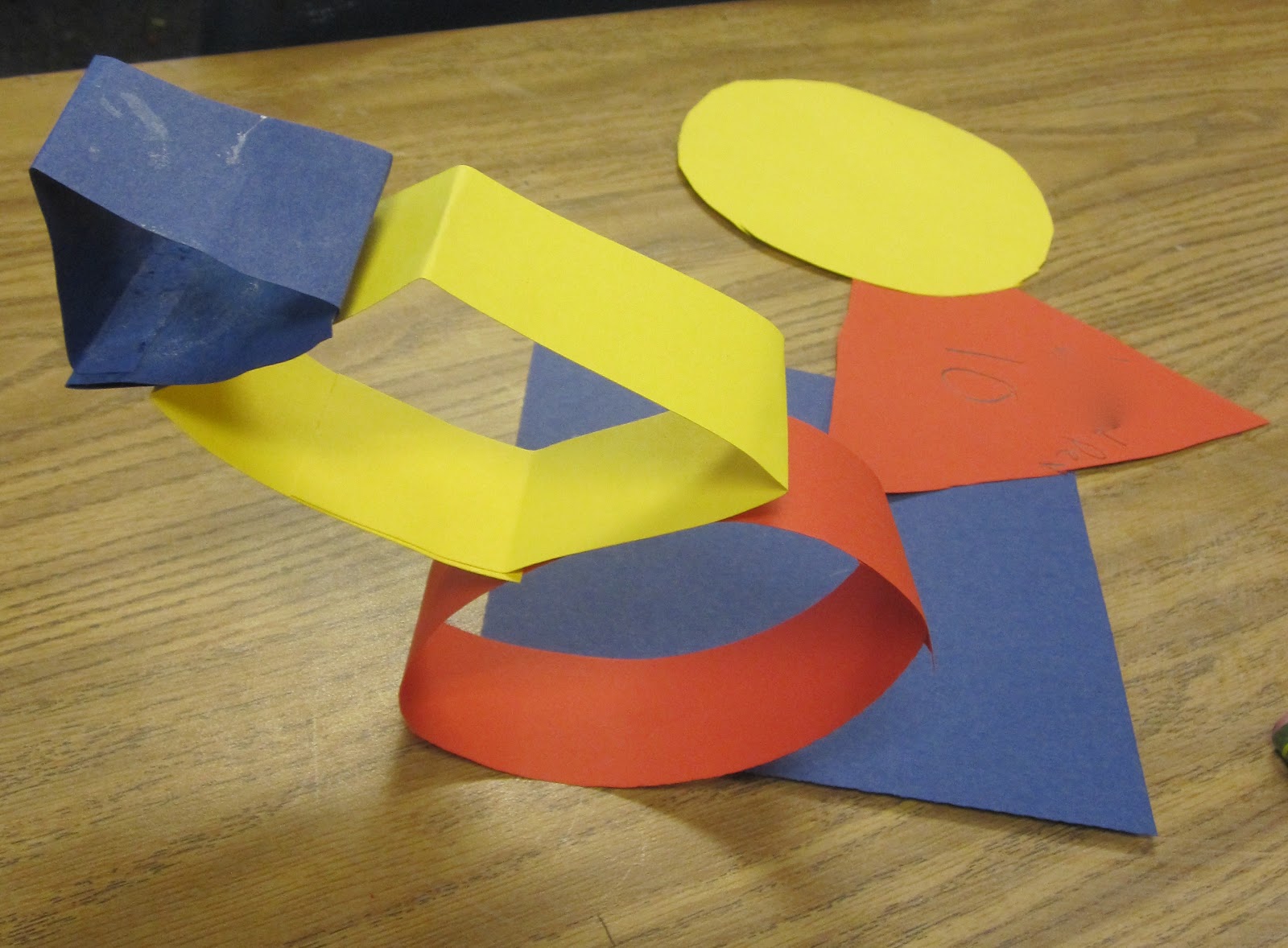 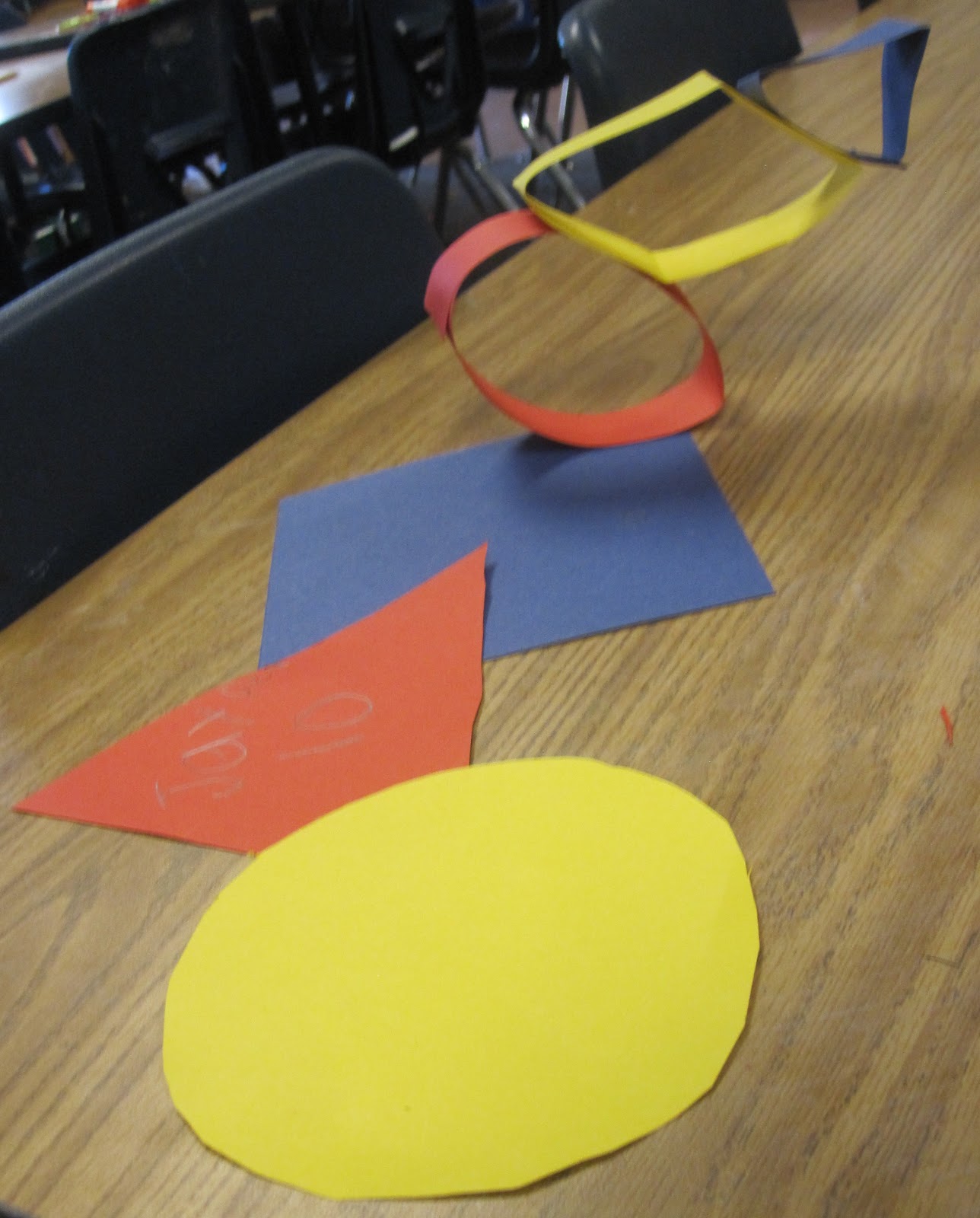 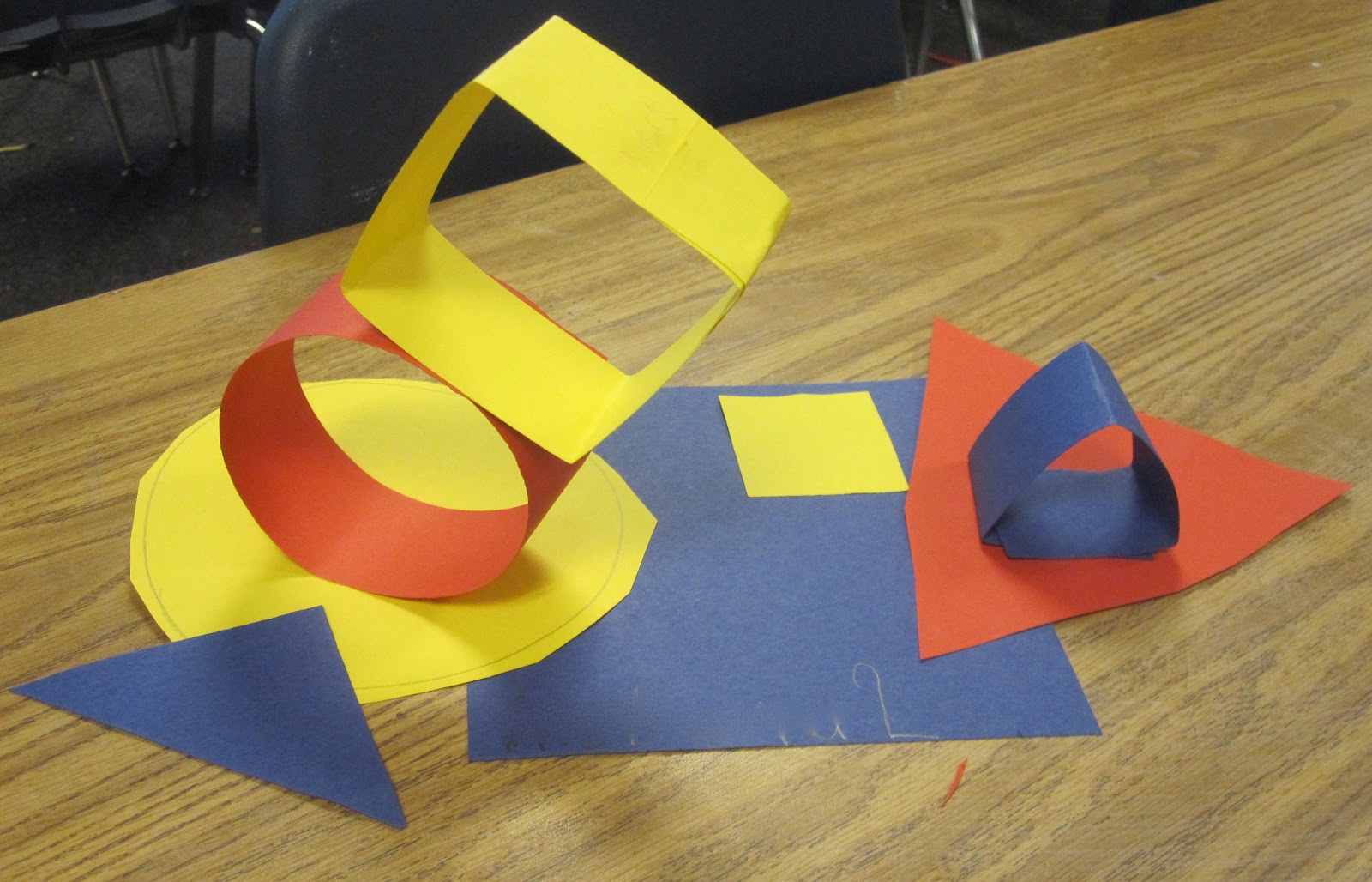 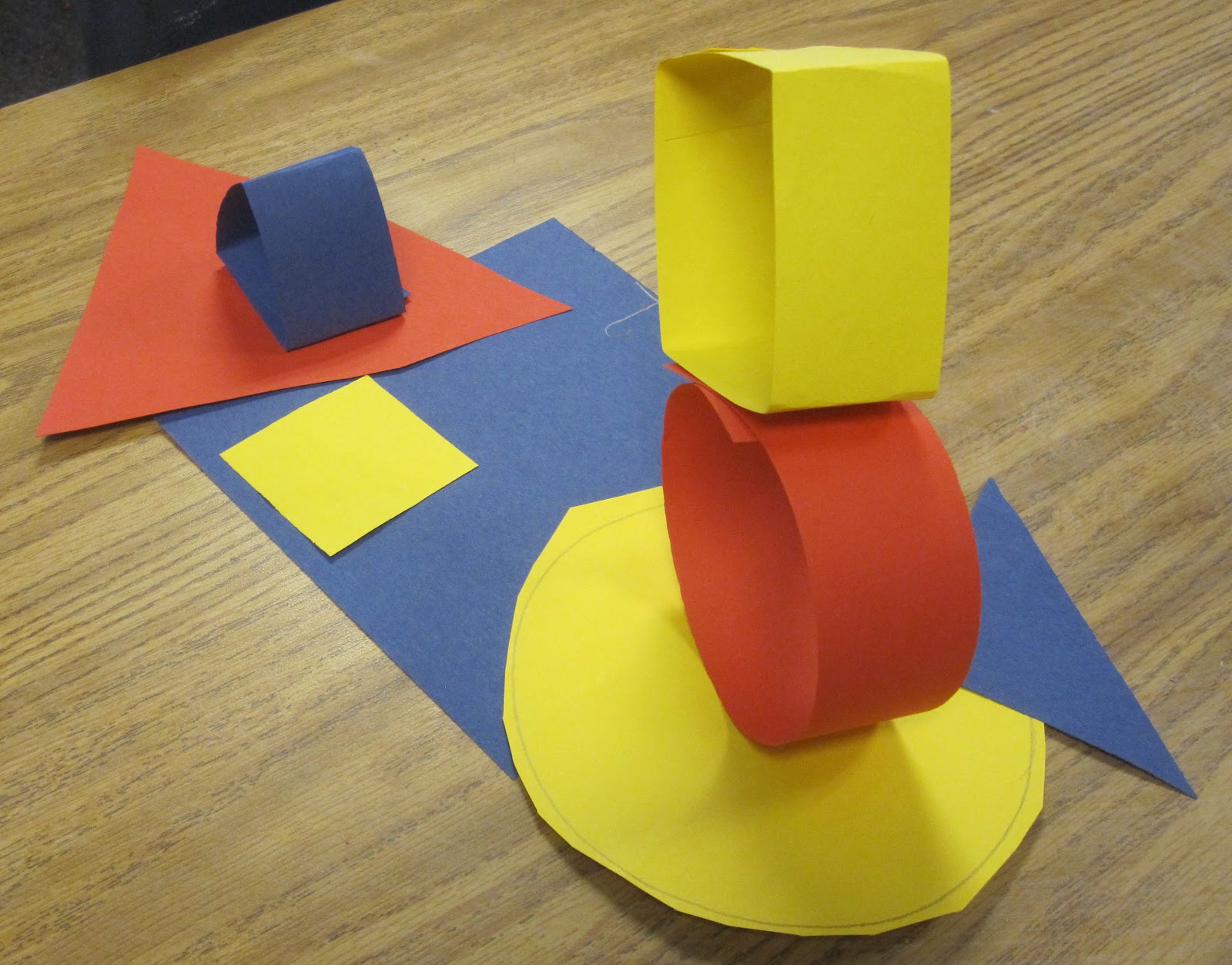