lover of the light.

Love this song. Just saw Mumford and Sons at the Hollywood Bowl. If you ever have a chance to see this band, do it!

Love this project. I'm jumping ahead with this post because the 3rd graders did this when they finished up a painting project that focused on creating motion through shape and line. I'll post about that later this week as more classes finish up.

I had pinned a light graffiti project that Ms. Novak at Organized Chaos did with her classes, because, well, it's awesome:) Last week a teacher and photographer friend of mine, Mr. Sam Ellis, posted a pic of a project he was planning with his high school classes and it reminded me of Ms. Novak's project. I shared her post with my friend and realized that this project would be perfect for this week.

Perfect because the 3rd graders would have about 30-35 minutes with me after finishing their paintings. perfect because it is an example of how motion is captured on a 2d surface. Perfect because kids get to dance and move around while learning about art.

To start I asked the kids about how they created motion in their paintings. Then I showed them examples from Ms. Novak's blog and asked them how the photographs showed motion. We identified that the images showed movement by showing where the light paths had started and where they ended up. In order to capture this movement with a photo, you need to leave the shutter open for a longer period than normal.

Ms. Novak does an amazing job breaking down the specifics and she included a couple short videos to explain the process too.

I had a a few colored lights and a couple flashlights for kids to use. They worked in groups of 4 to 6 students. After a few trials, I set the shutter for a 5 second exposure. Kids can move a lot in 5 seconds:)
Each group came up and performed while the rest of the class watched what they did. After one pic I let the group see what they did. Before the second pic I offered suggestions like having some people move fast and others slow. Some go side to side while others jump up and down. I also shared each pic with the class so they could get a feel for what certain movements translated to in a still image.

The kids absolutely LOVED doing this. My plan is to print out a photo from each performance group and return them to the classes.

I'm going to add glow sticks to the fun tomorrow. 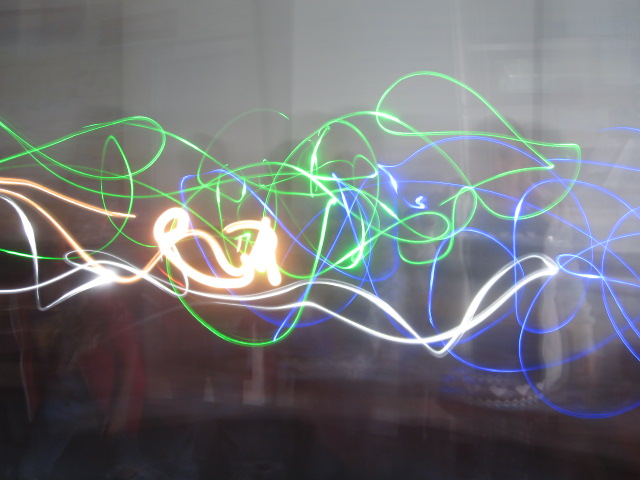 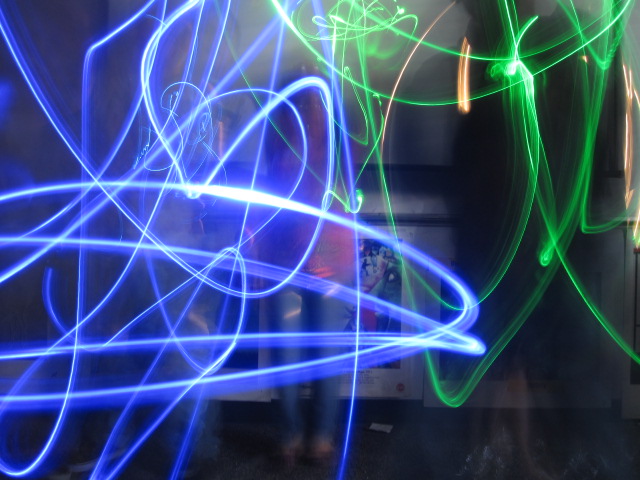 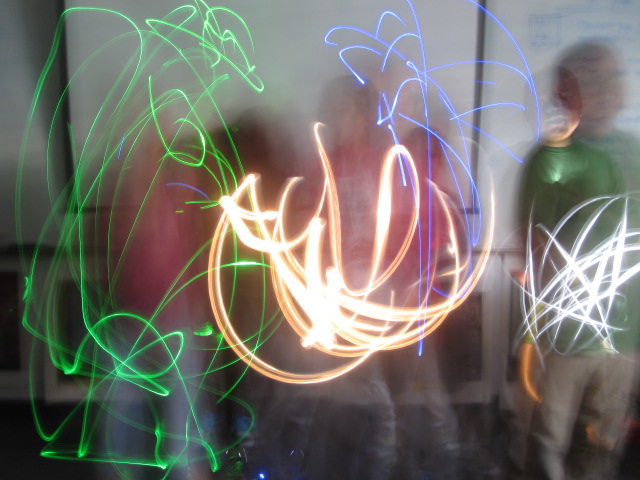 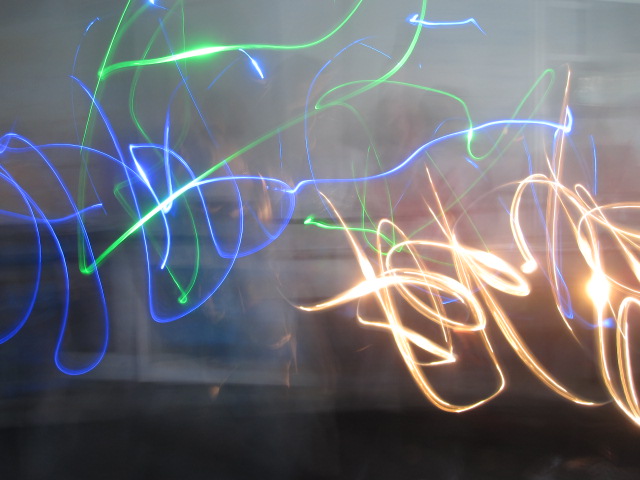 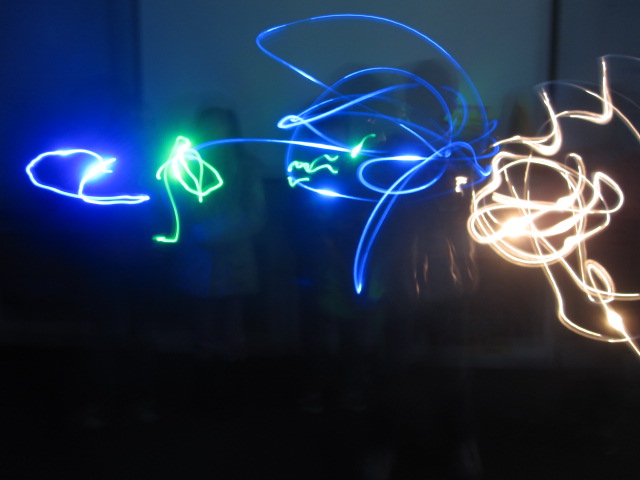 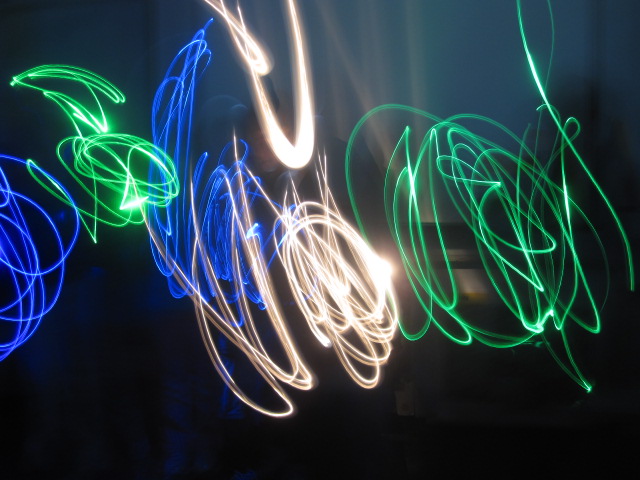 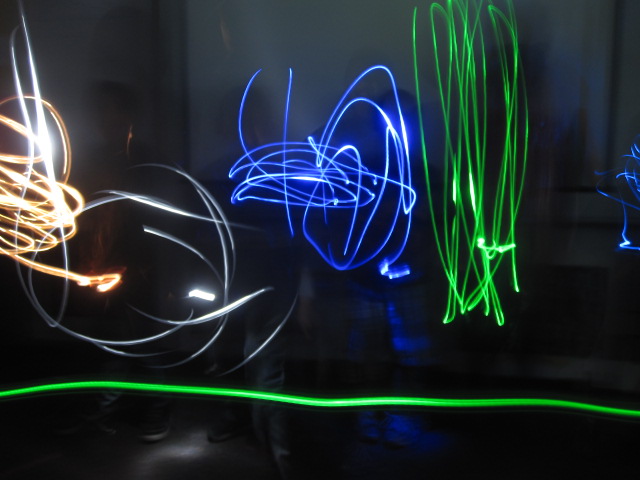 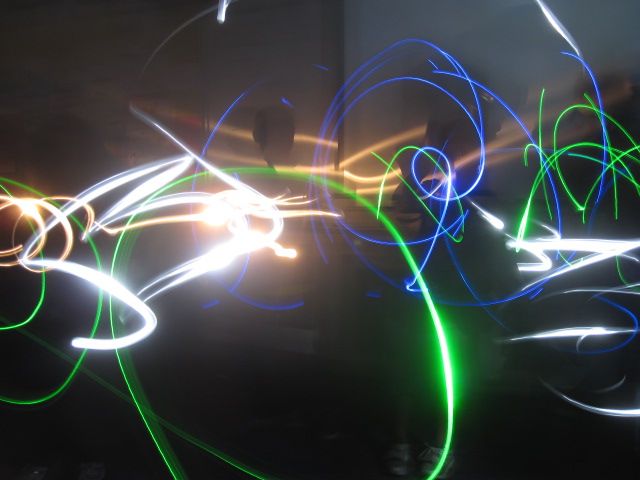 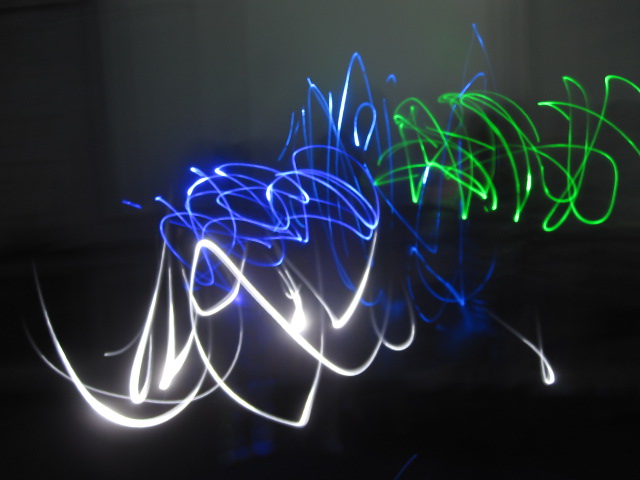