a lil' positive with the negative.

The 3rd grade project this week was inspired by notan, which is a Japanese design concept that focuses on the play of dark and light when placed next to one another in art.

I started the lesson by explaining what a notan is. I shared a Yin and Yang symbol on the board ("hey, that's from Kung Fu Panda!") to talk about dark and light shapes in art. I also used my body and the space around it to demonstrate the difference between positive and negative shapes.

I then walked the classes through the steps of the project by drawing out each step on the board.

When I shared examples of the finished project, the kids got pretty excited with the possibility of making their own heart notan designs.

There were many interesting variations in heart shape and the shapes that were cut out from the heart.

There were a few recurring issues. The first was that numerous students in each class made their hearts too small to have much success when they had to cut shapes out of it. I tried to remedy this by having students get my approval before cutting the heart shape out. This worked out pretty well in the long run.
The second issue was that some students had a hard time understanding how to reassemble the pieces once they had all the small pieces cut out. This worked out pretty well when I worked with those students individually after modeling it for the class as a whole. There weren't as many issues with this as there were with heart size, but it came up a few times with each class.
The third issue was that some students wanted to make their cut out shapes too small and/or too detailed and/or too close together. I emphasized that they should draw their cut out shapes so they could easily cut them out. We talked about keeping the shapes a finger width apart and too turn the paper to help them cut out tricky and detailed spots.

Overall, the kids did a great job with the project. It was a fun way to introduce the concepts of positive and negative shapes with the students:) 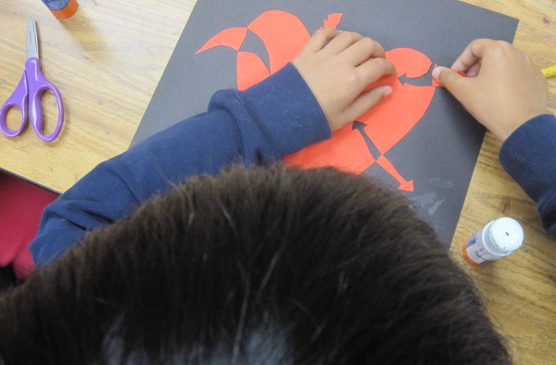 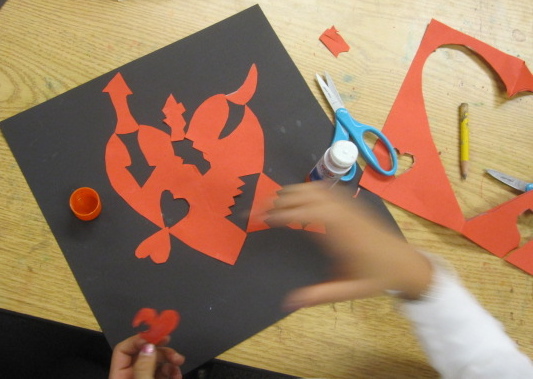 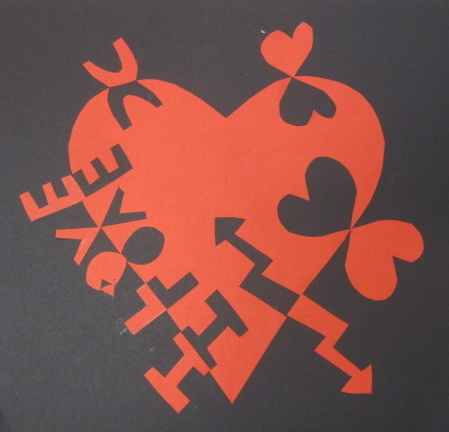 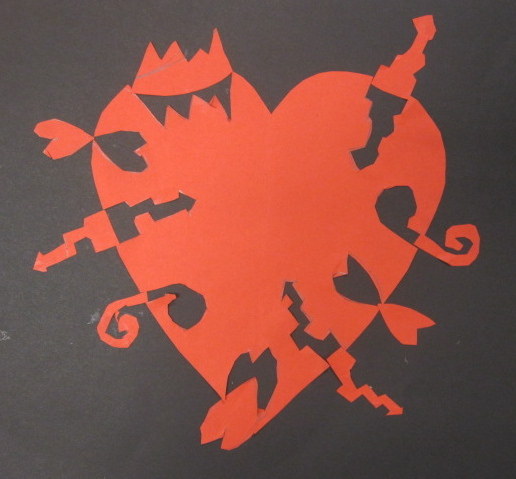 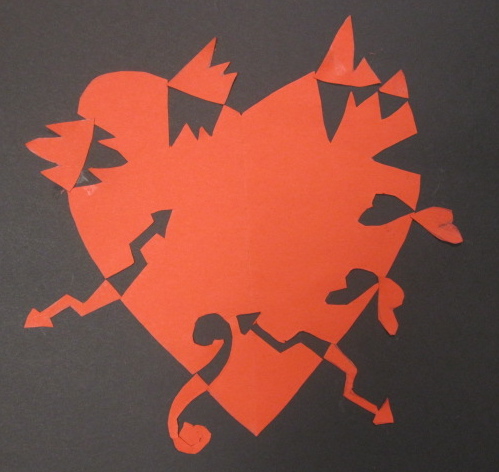 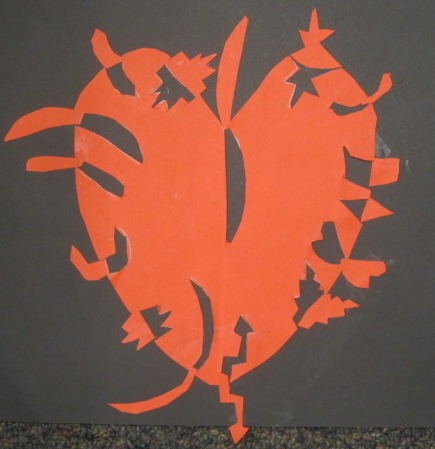 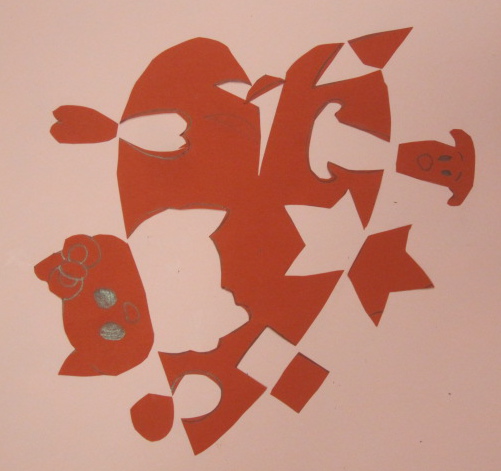 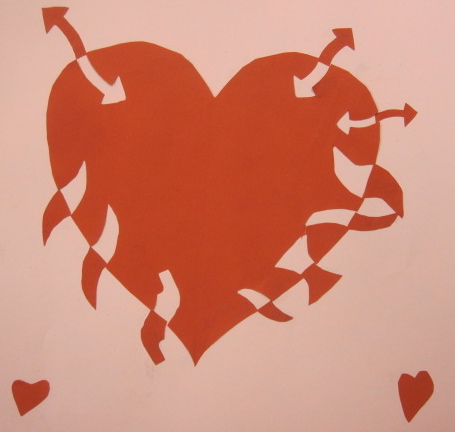 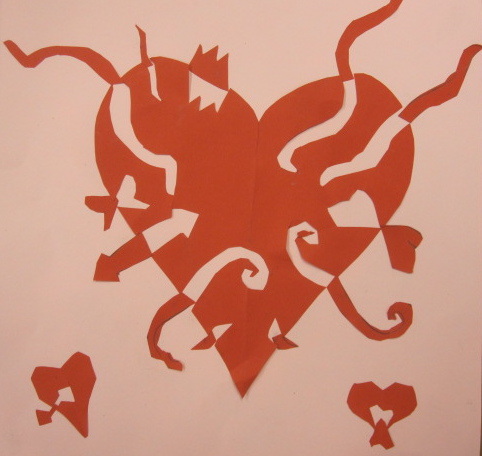 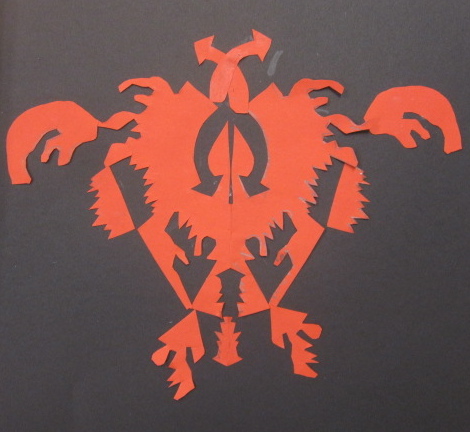 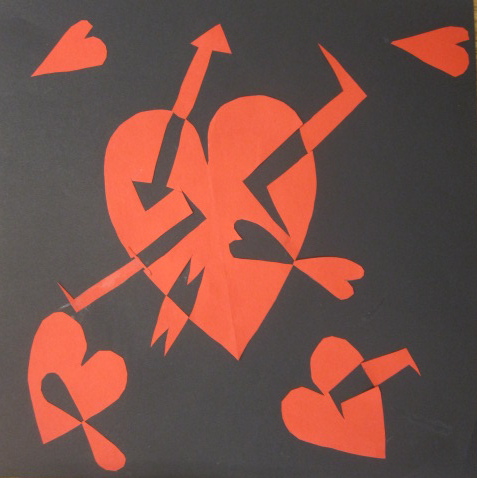 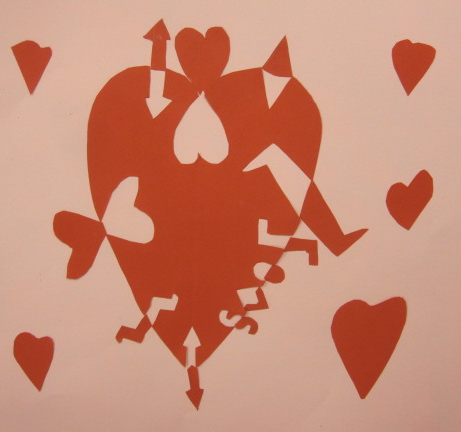 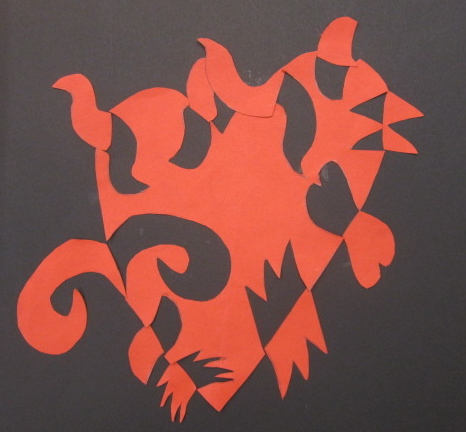 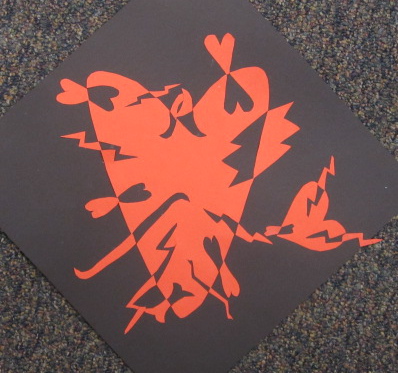 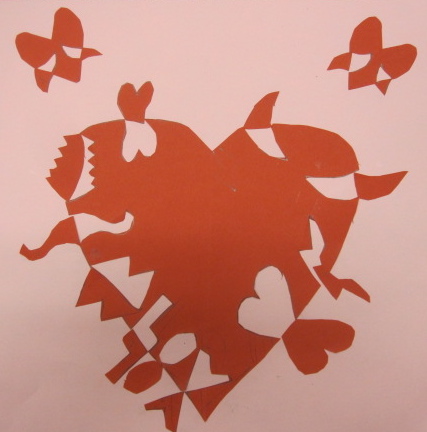