repeating on the street.

I don't do a whole lot of the same projects from one year to the next, but this week I'm going back to the fantastic abstract Sesame Street well of Thom Pastrano's imagination and graphic work. The kinders and I had so much fun with these the first time and the new Muppet Movie just came out, so I thought it would be a fun intro to abstract art. 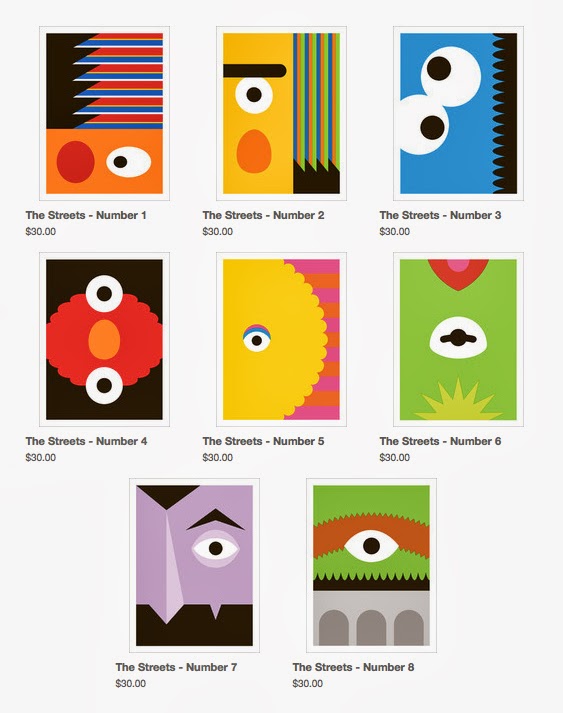 I did this lesson with 2 kinder classes today and I will do it with a third later this week. (FYI- Hope Knight did a wonderful project with more creative choices for upper grades.) We talked about how artists don't have to make things real all the time. We can mix things up and still make interesting pictures.

I showed the class a photo of the character and then Thom's version of the charcater and/or my visual sample. Kids identified the parts of the characters that were used in the mixed up versions and then they tried it out for themselves. With each step I showed them how they could make choices so that their design would be a little different than each other's. 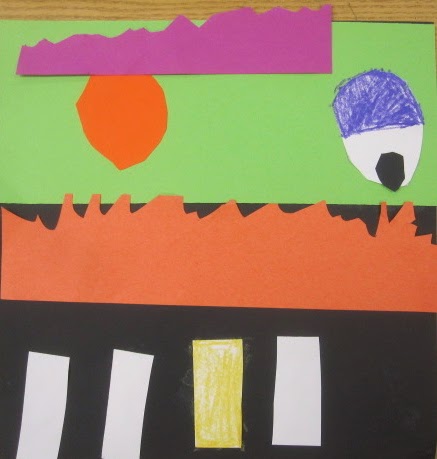 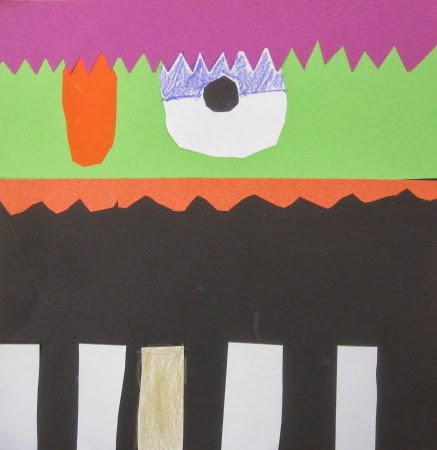 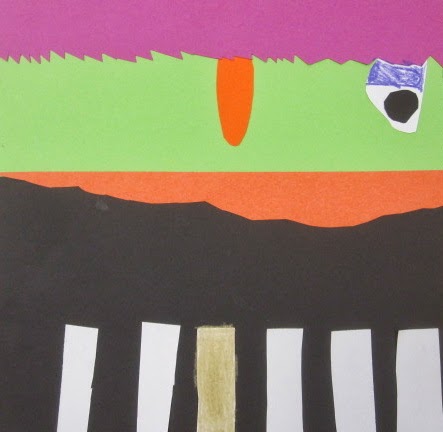 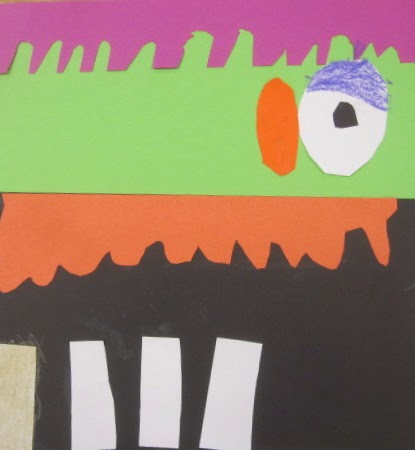 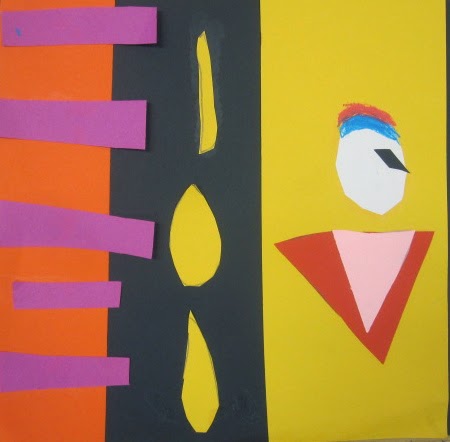 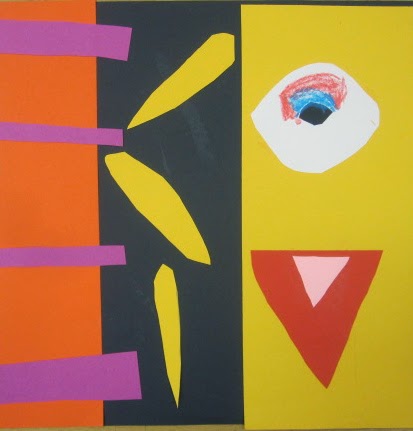