looking back on summer.

I got to work with my 3rd graders for the first time this week, so I thought it would be cool to introduce line AND find out a little bit about their summer.

I shared an image by English illustrator and designer Kat Loveday with them. Students identified as many things as they could about the image and I wrote those items my whiteboard. We identified the pupil in the eye and I introduced the pupil to them. Kids noticed the white reflection on the eye, shadows from the eyelashes, and details in the winter landscape in the iris. 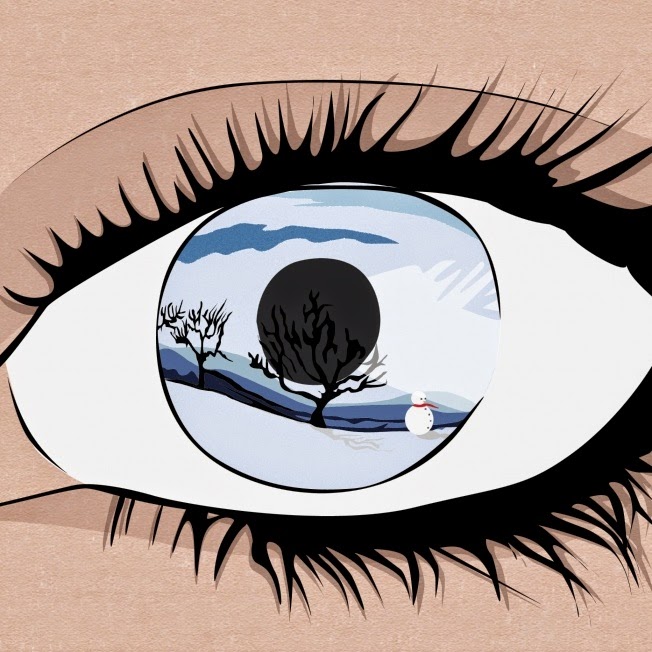 After this I told the kids that we were going to do an eye drawing, but instead of a winter scene, I wanted them to "reflect" on their summer and draw about something or somewhere they had a good memory of. The eye drawing would be pretty direct, but the reflection in the eye would be independent.

We used contour line to draw all the parts of the eye, kids added their scene, and then they used color sticks, markers, and crayons to flesh out their image. If students finished early, they completed an exit slip where they needed to identify what they used line to create in their drawing and why they chose the memory they did. 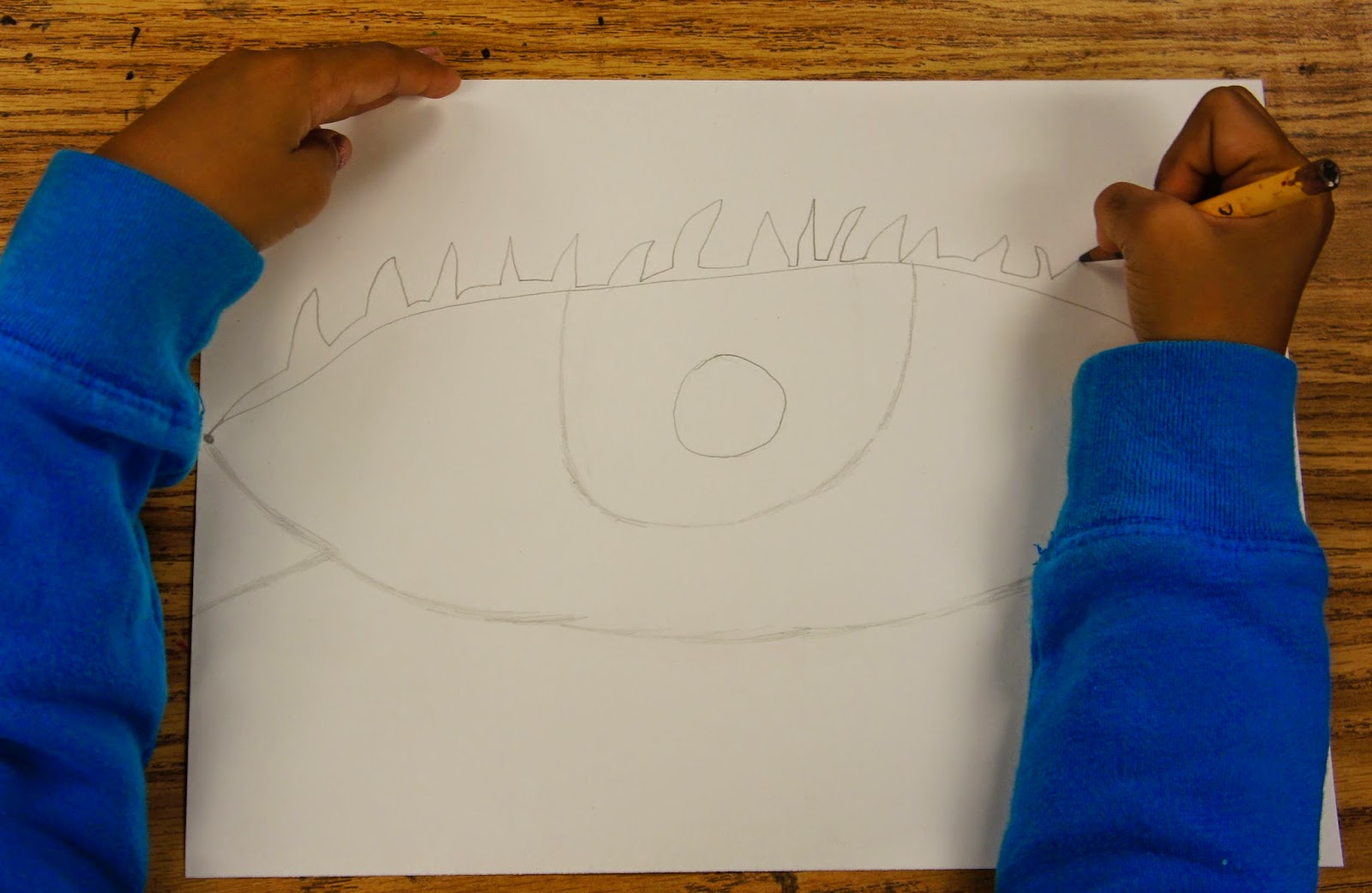 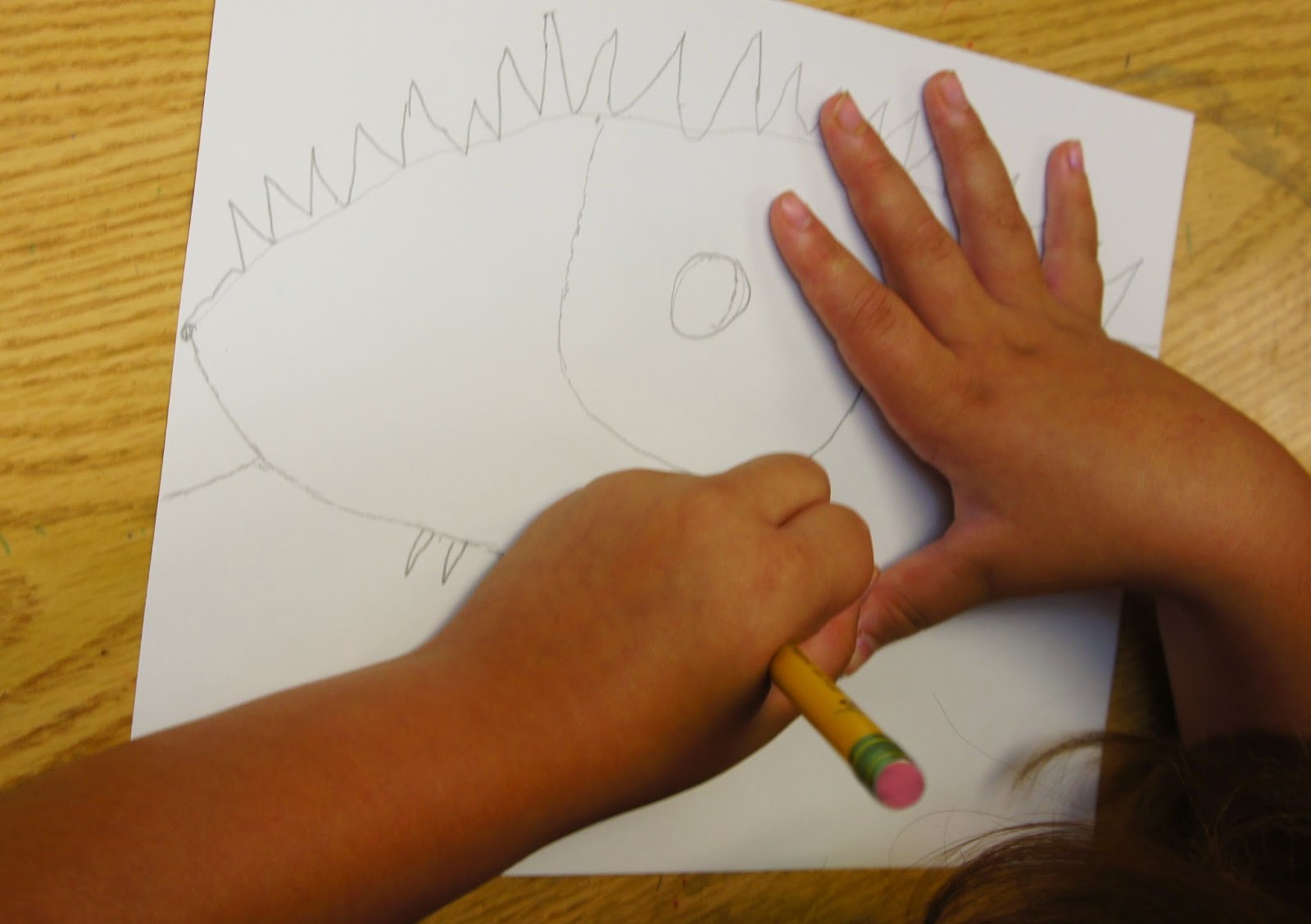 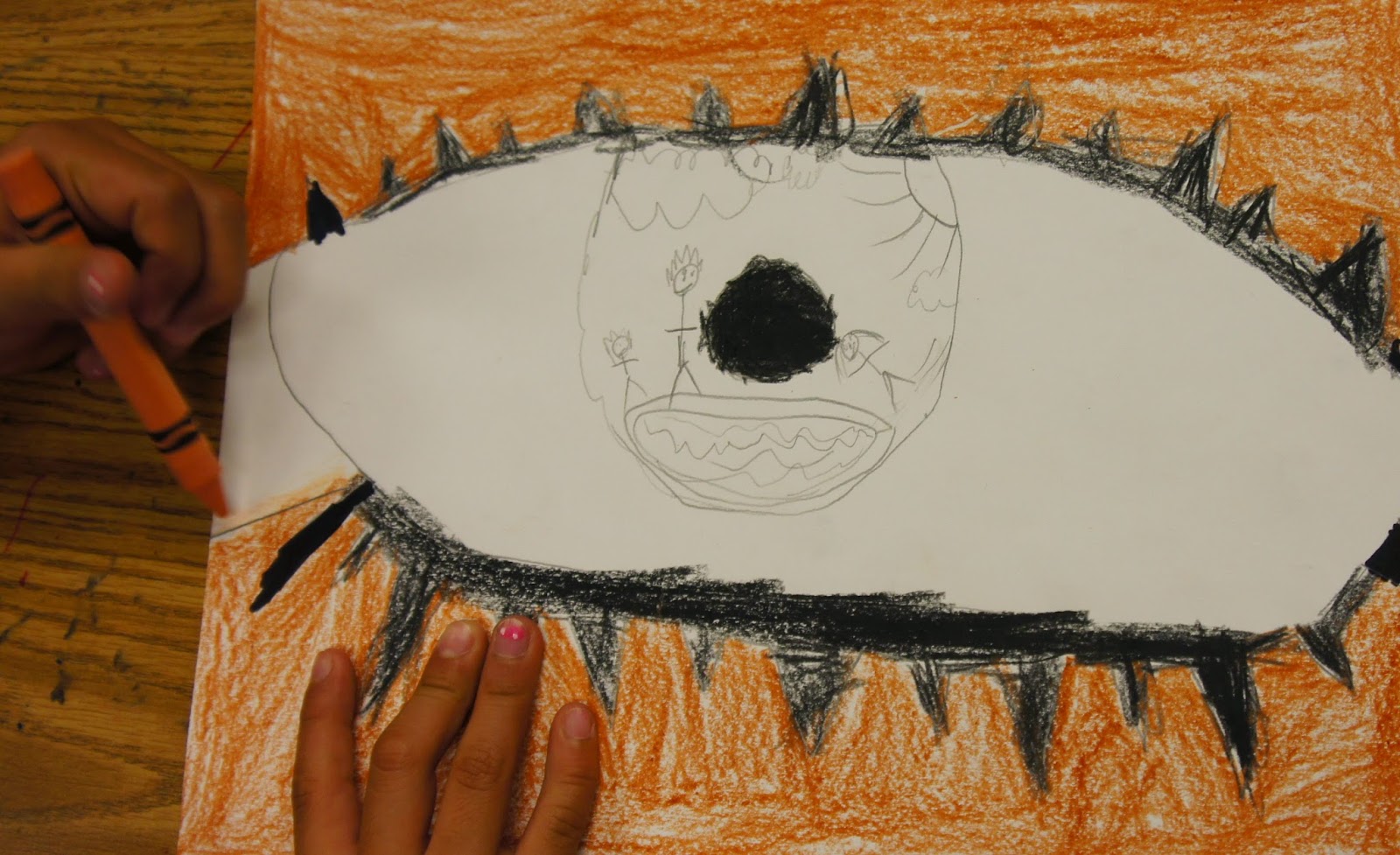 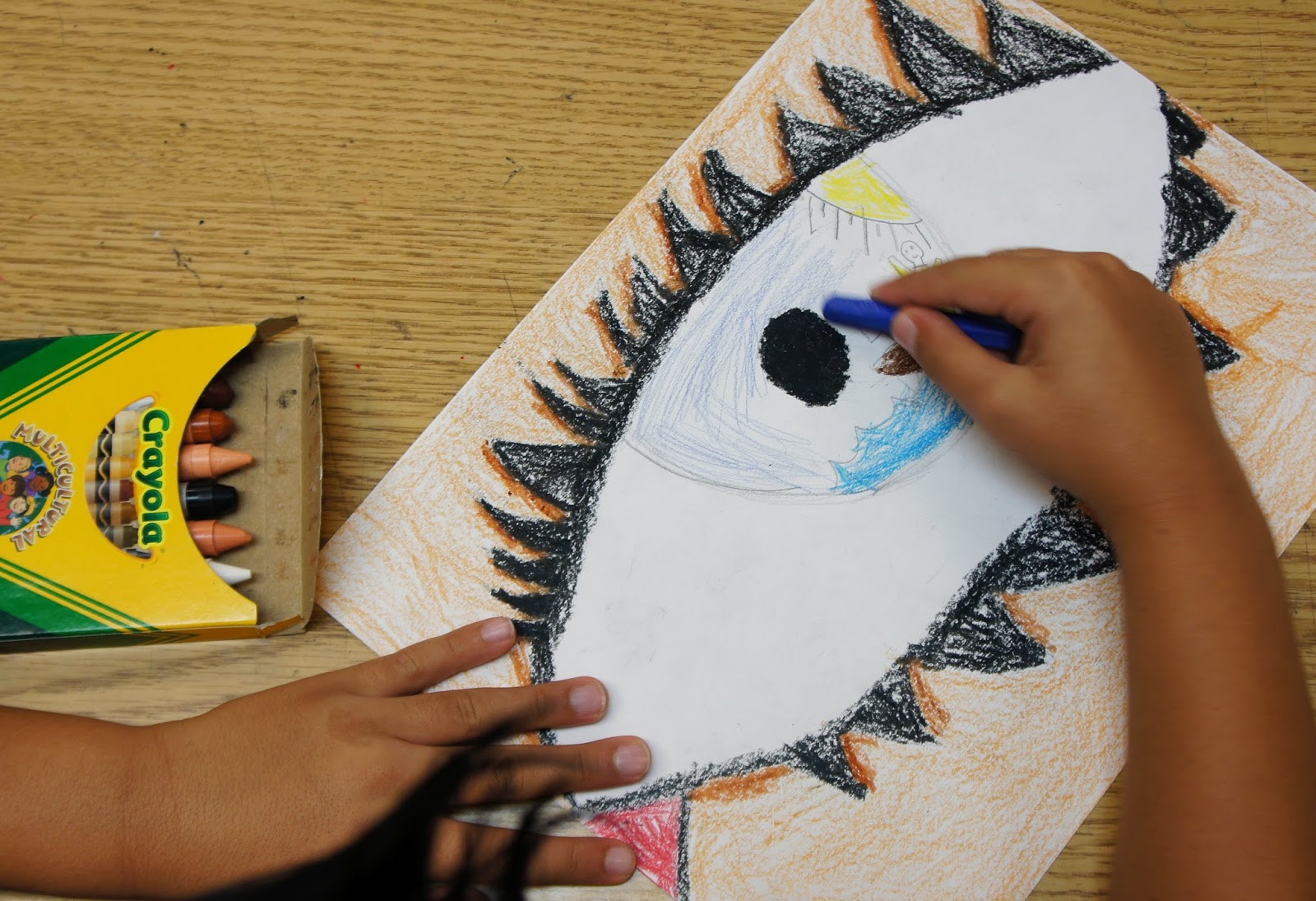 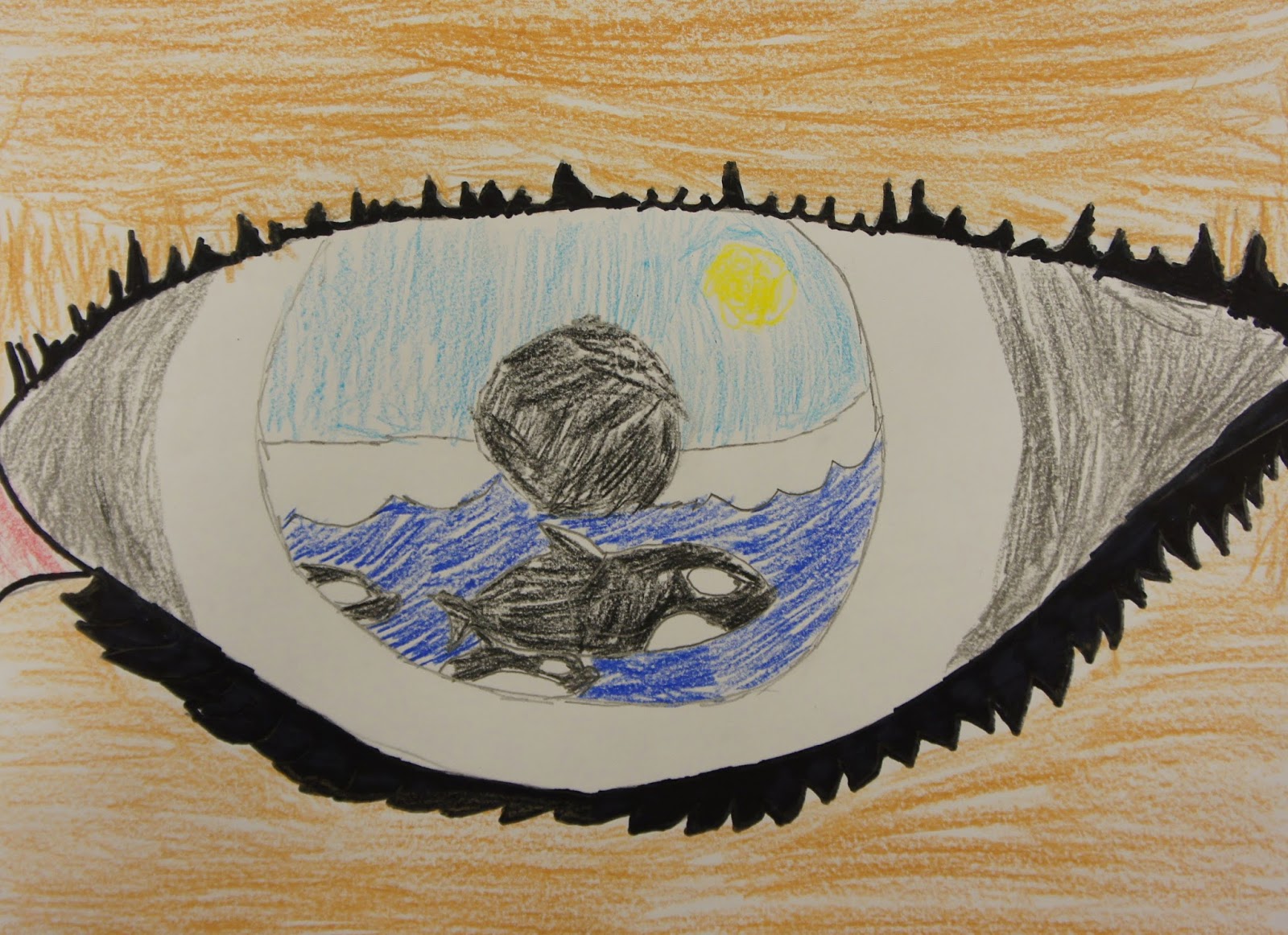 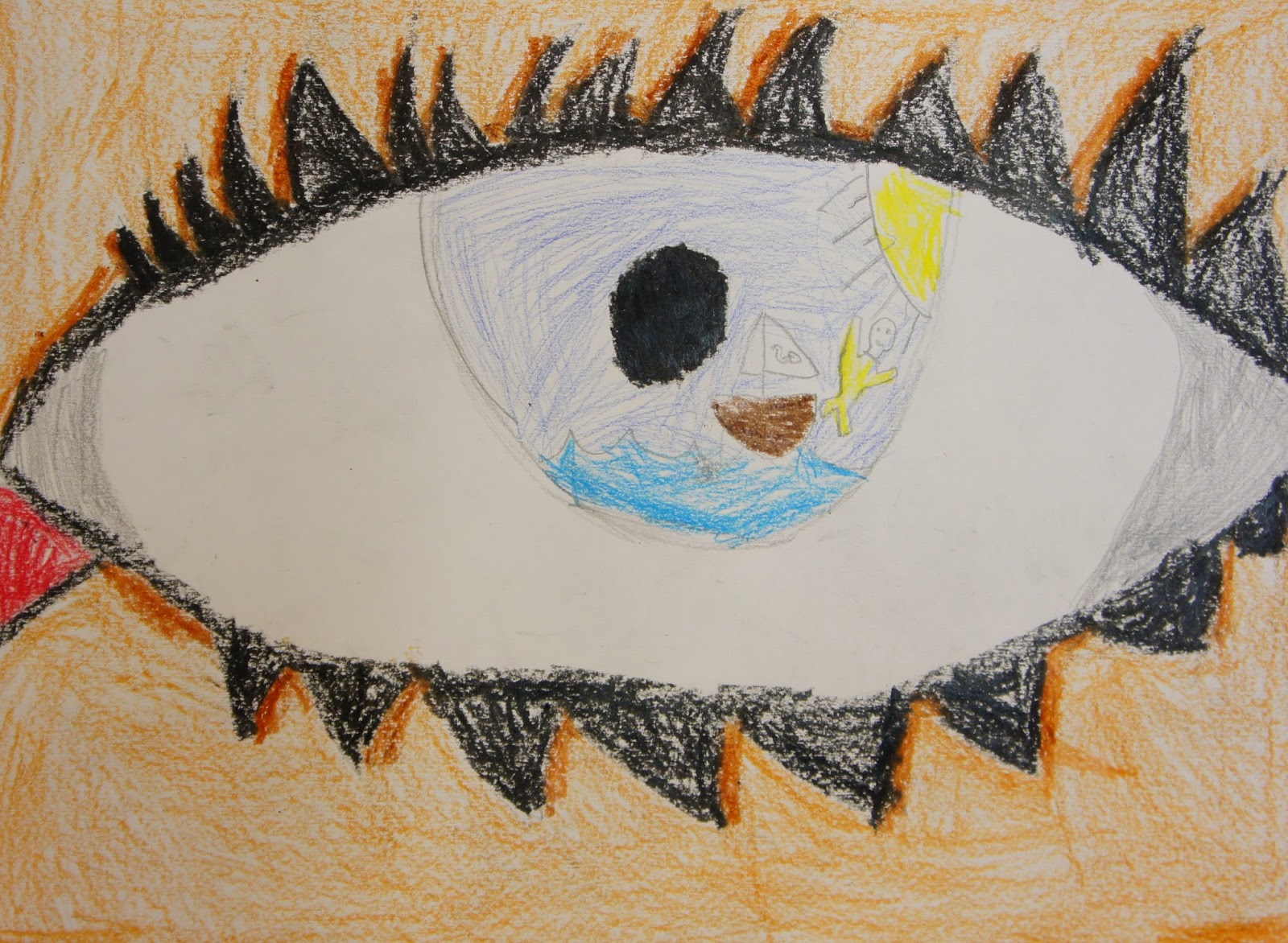 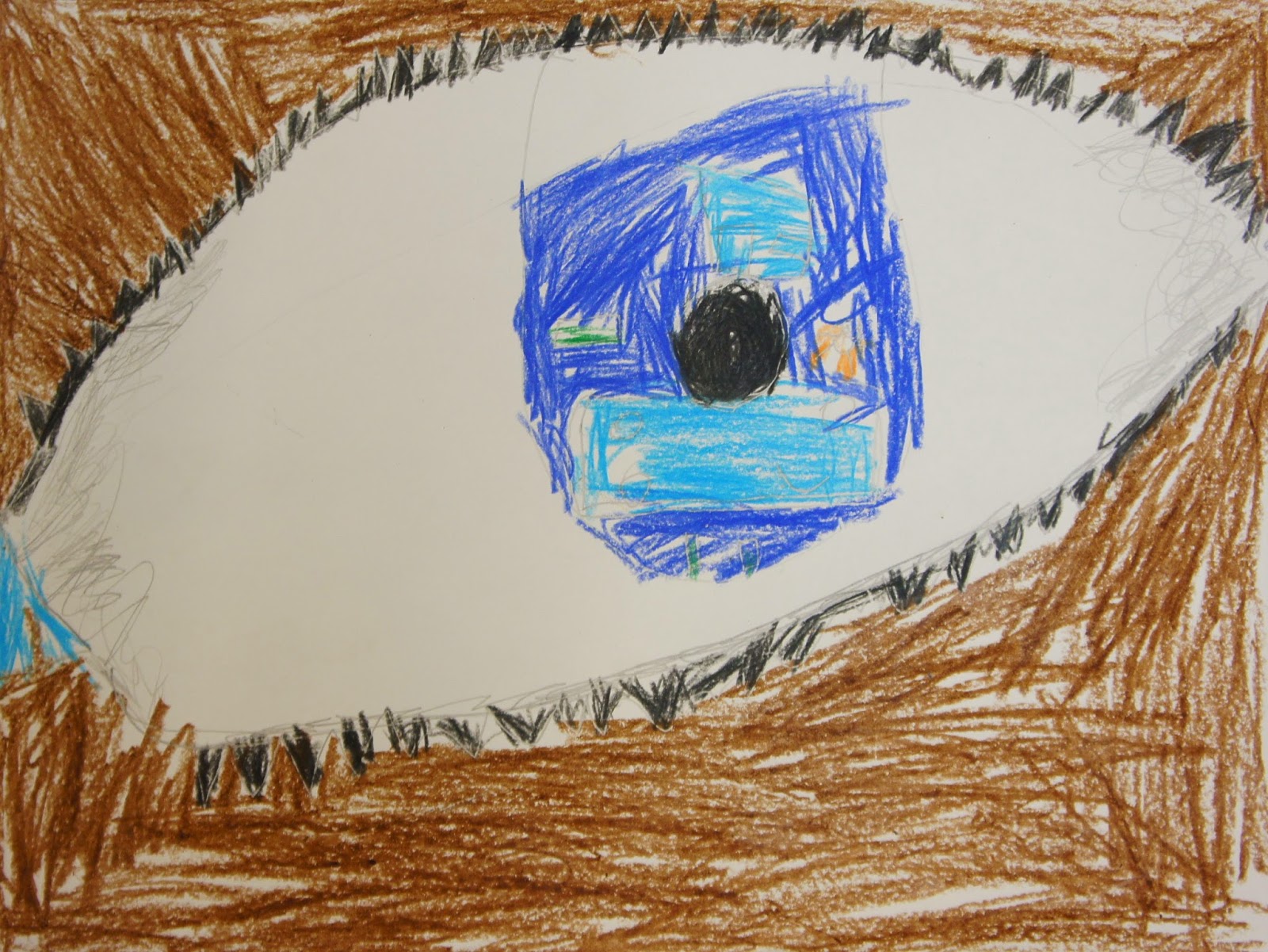 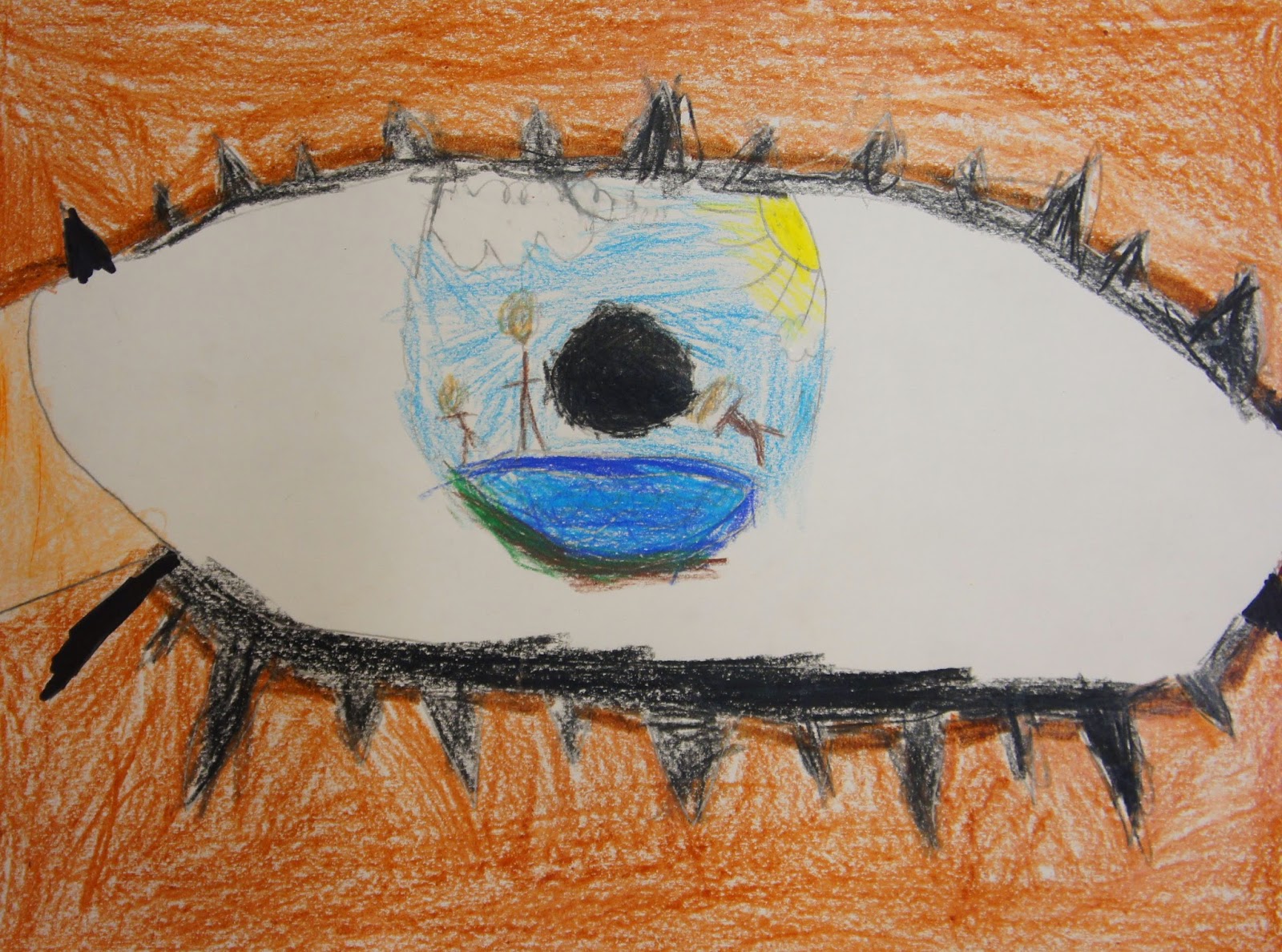 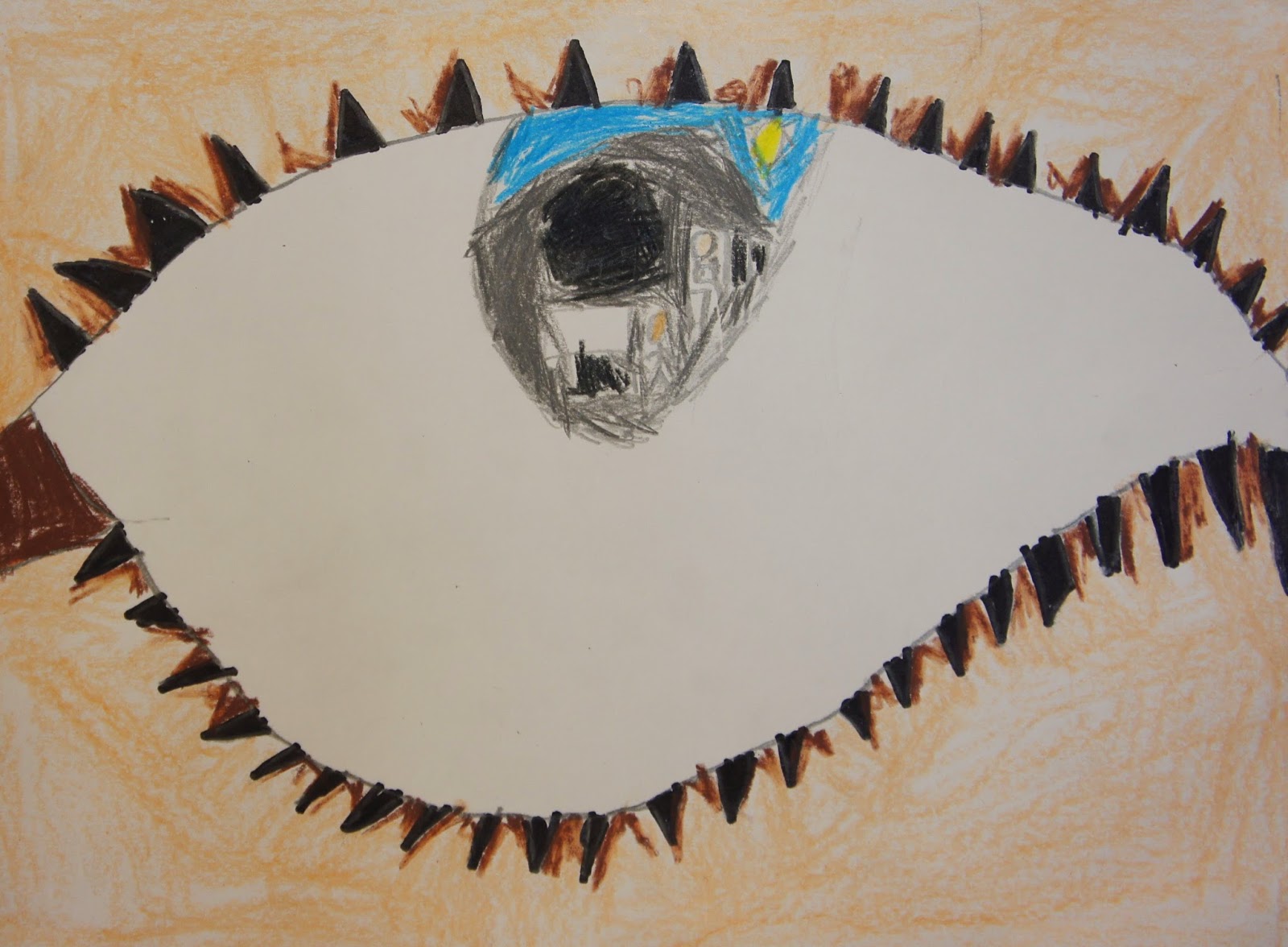 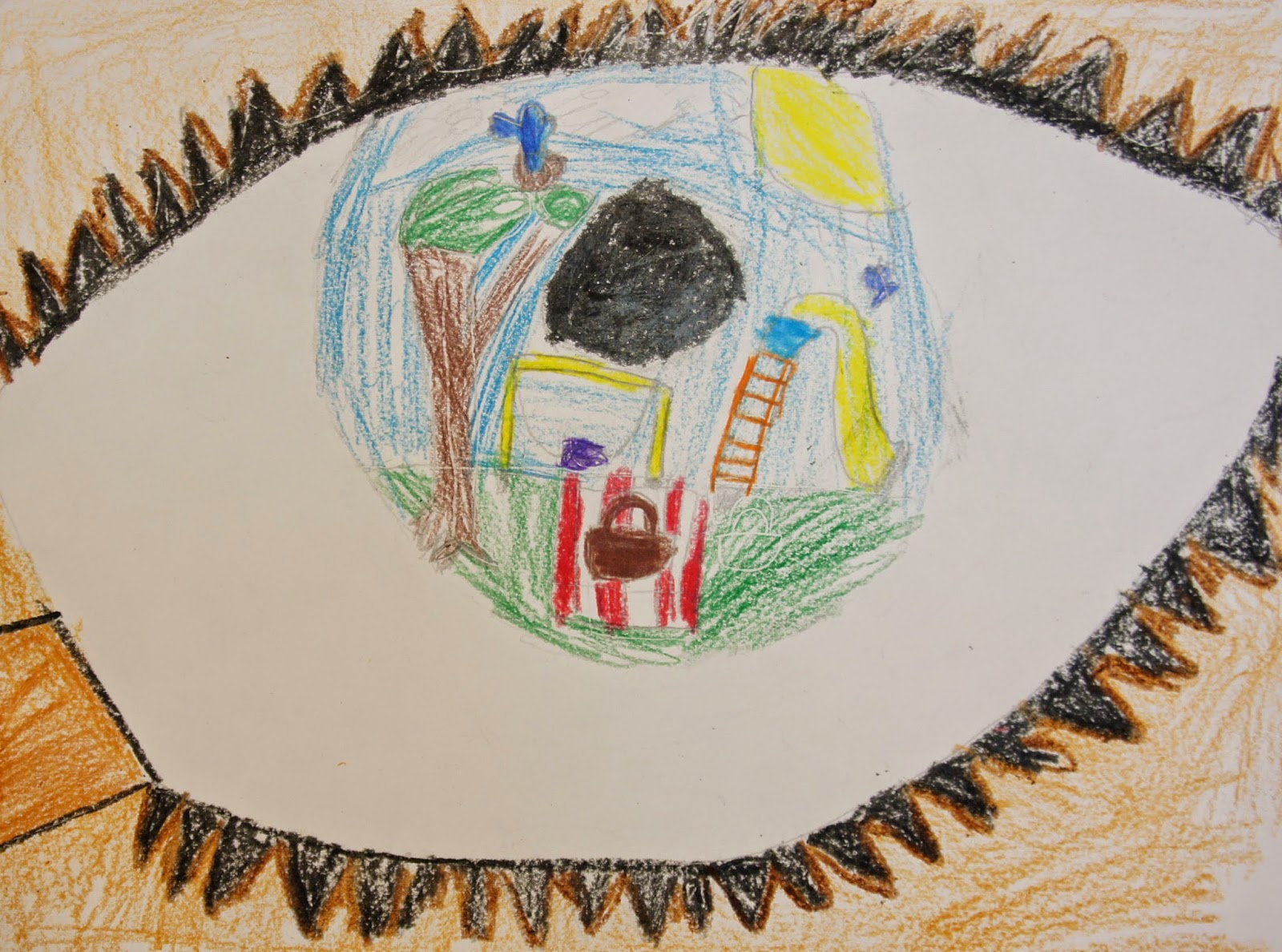 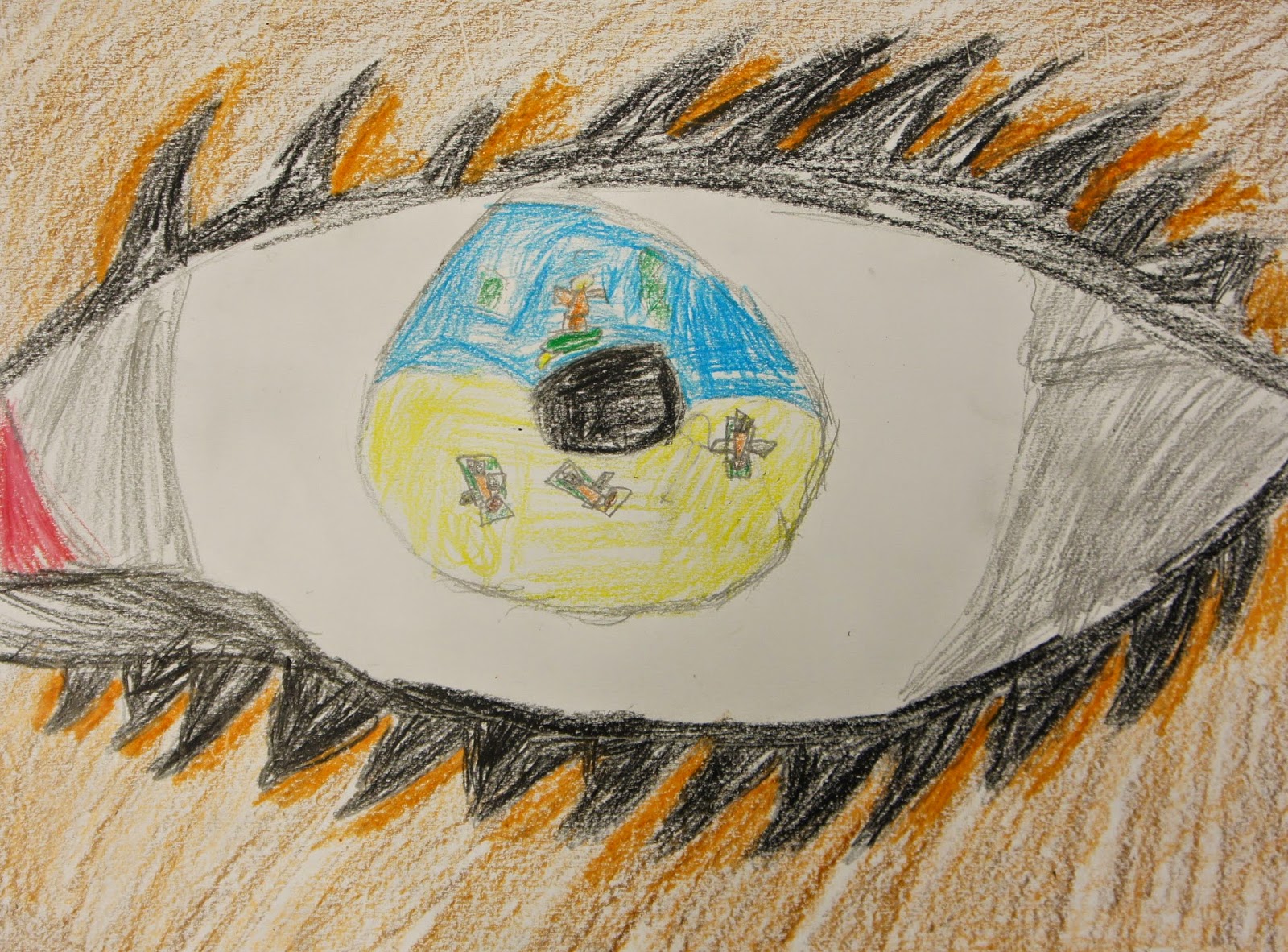 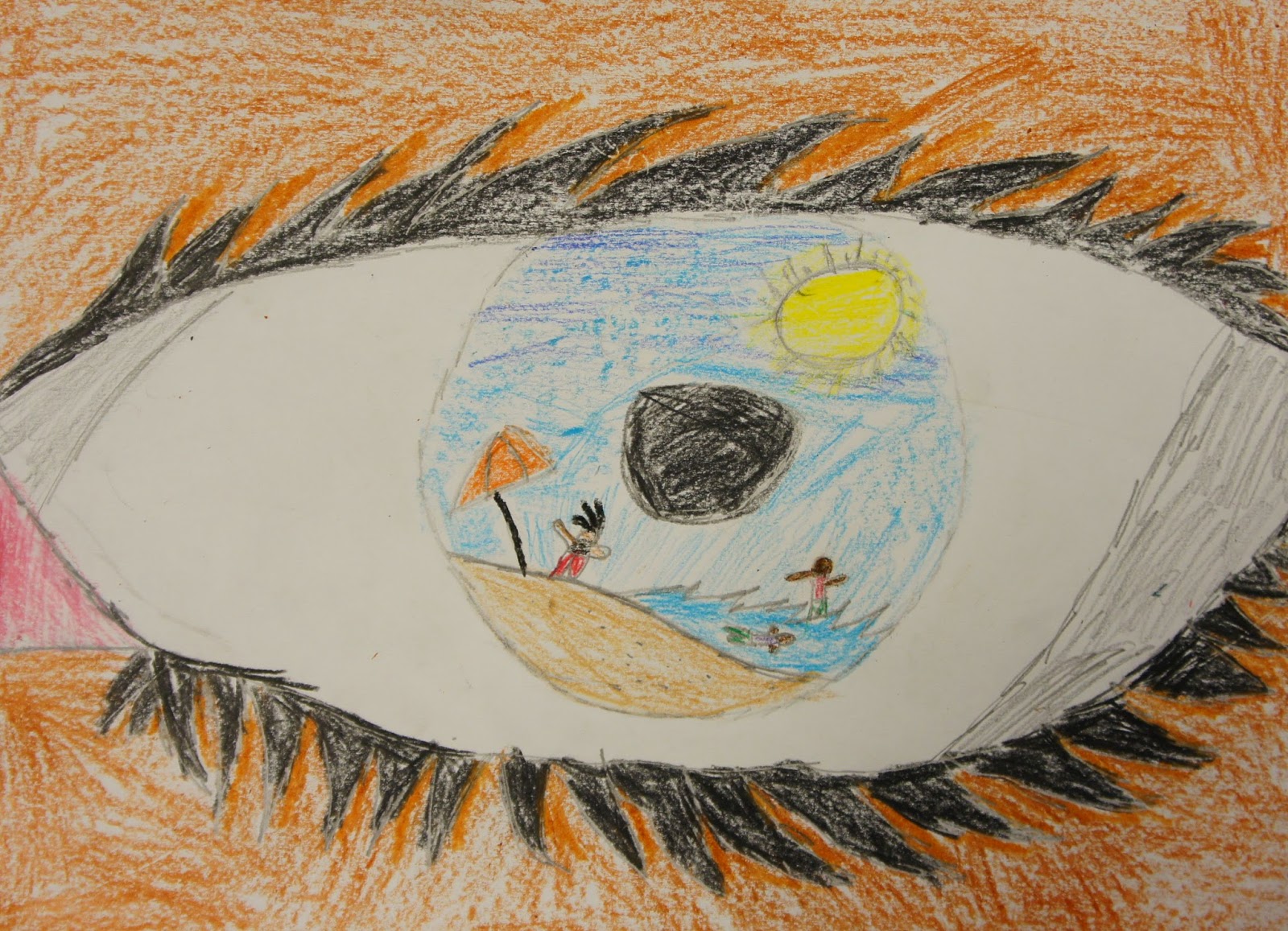 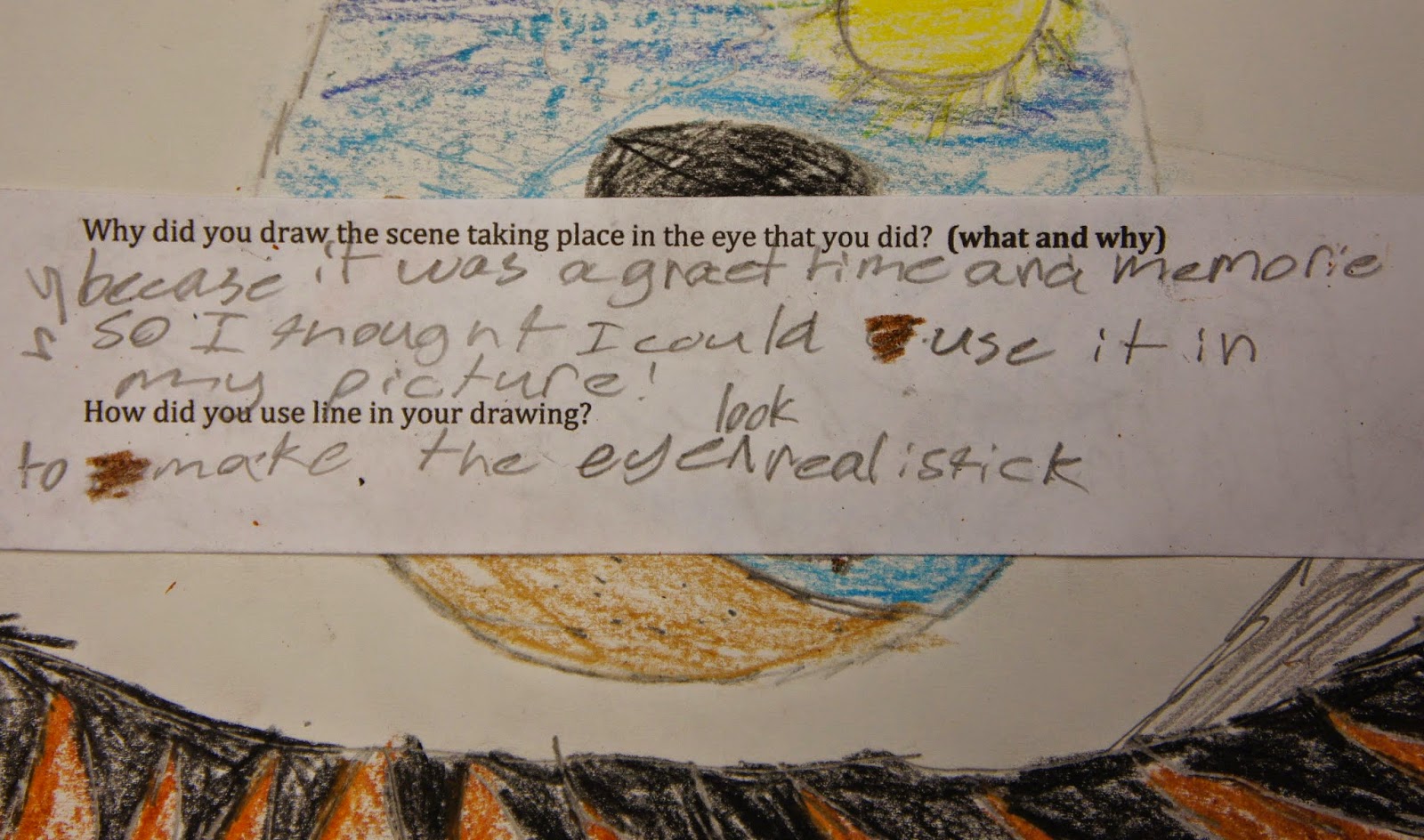 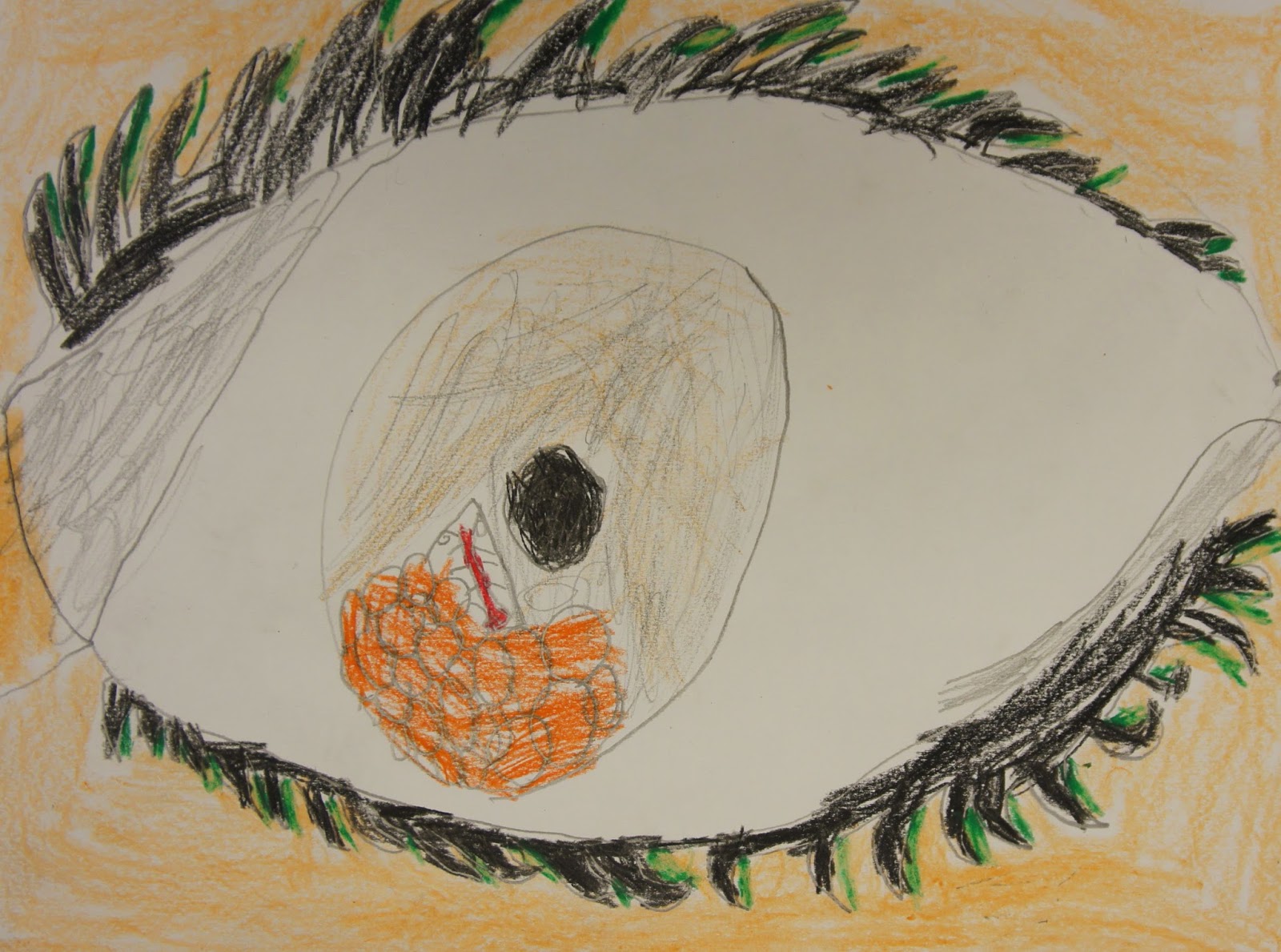 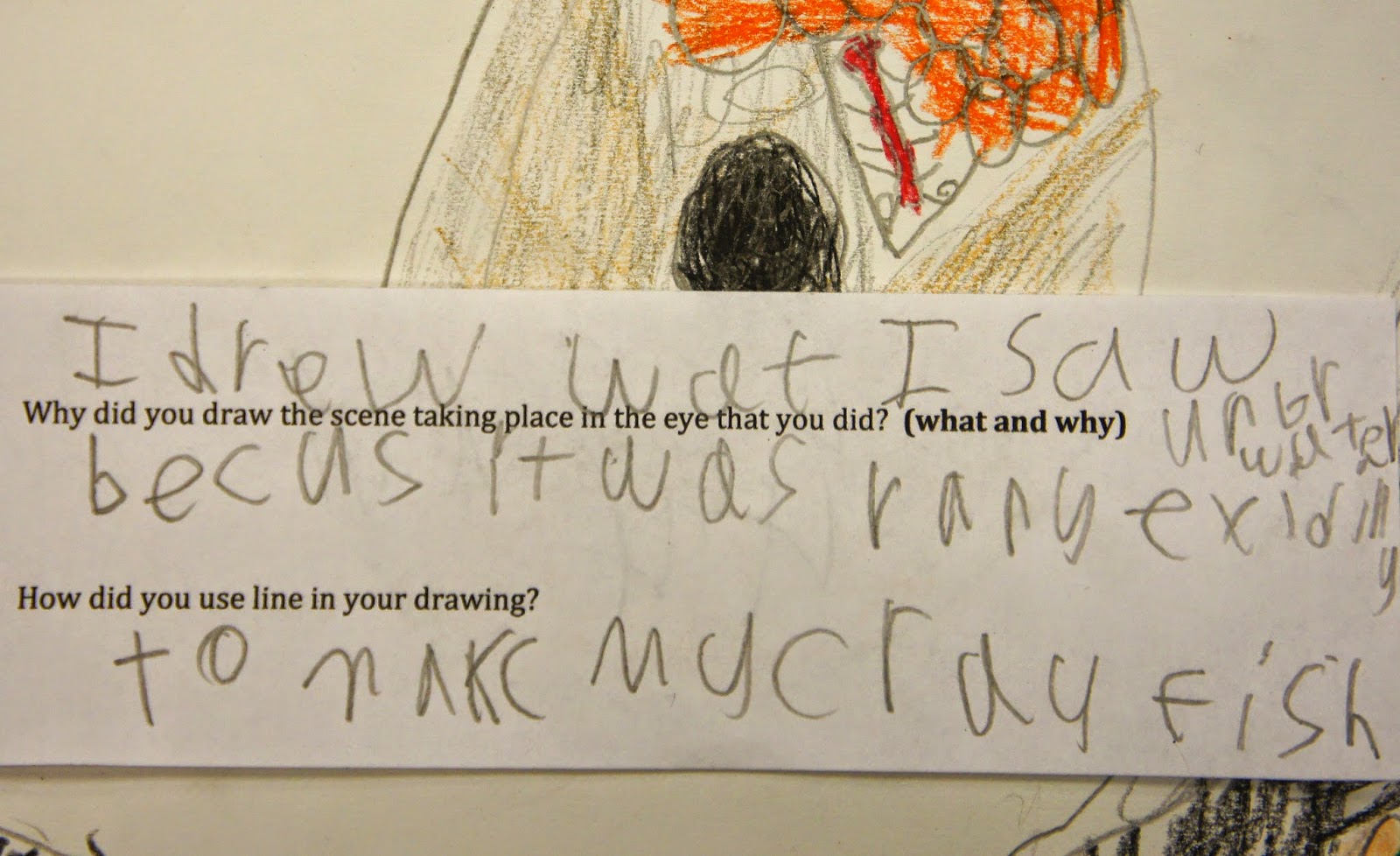 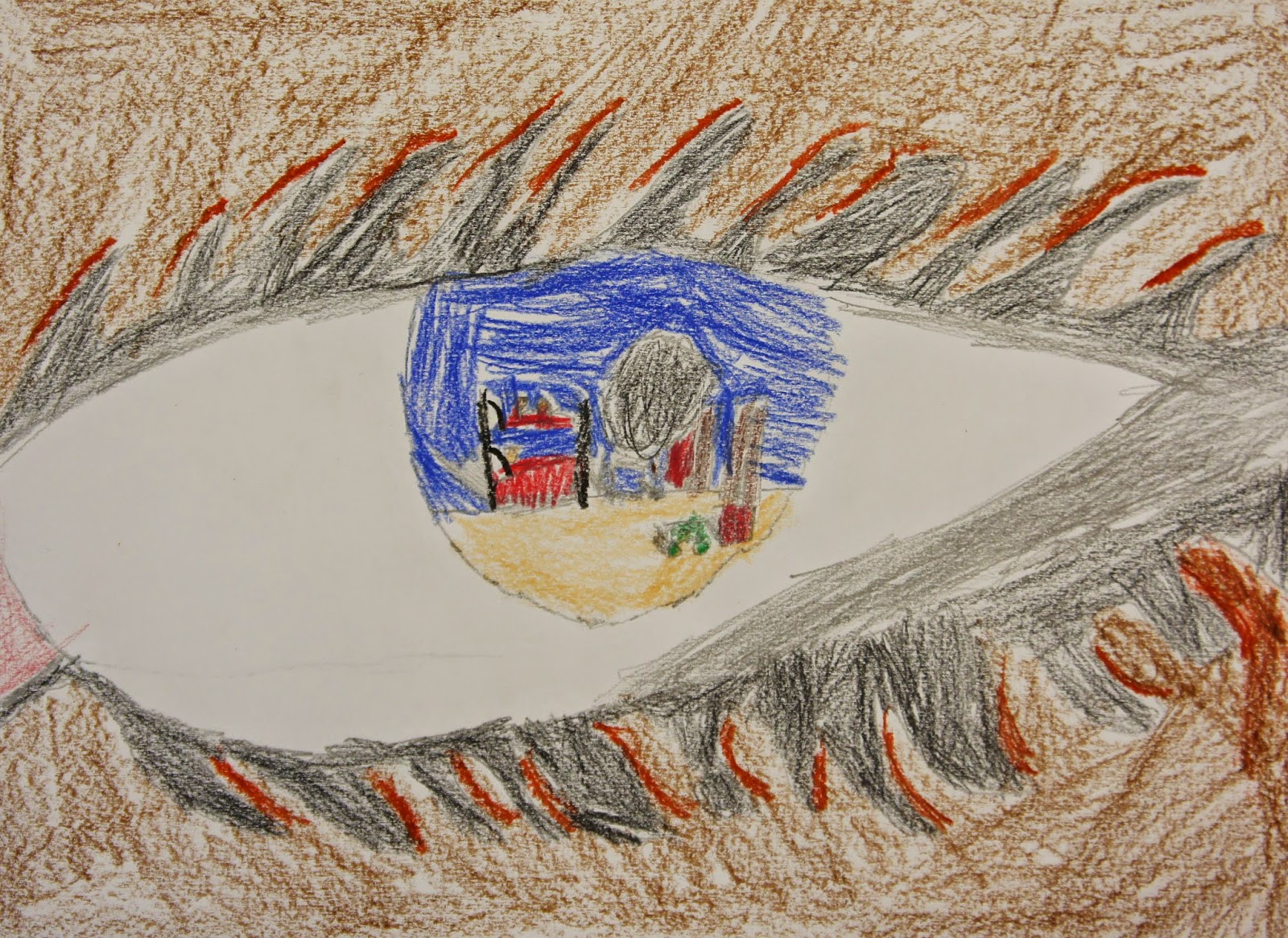