not the same, but similar

The 2nd graders continued to work with line this week and they looked at a couple prints by textile designer and illustrator Gill Eggleston for inspiration.

We started our lesson by reviewing how they used line in their Luke Bott inspired animal drawings from the previous week. Kids identified, with prompting, that they made shapes, added details, and made patterns with line. I told them that even though our newproject was going to look different than last week's, our new focus artist used line in similar ways. At this point we reviewed what similar means- that things are like one another, but not exactly the same. 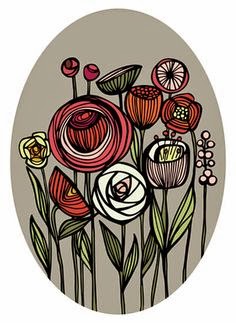 When I walked them through the steps of the project and got to my examples, I put 2 side by side and again asked if they were the same or if they were similar. Similar, indeed!

The step by step-

1- we made dots on gray paper to help build the oval or gem shape's dimensions
2- connected the dots with line. Emphasizing my mantra for the year... "Draw it light until you've got it right!"
3- drew 3 circles for flower shapes anywhere in the larger shape
4- drew 2 half circle flower shapes
5- added stems and leaves to each flower
6- traced all pencil lines with a black sharpie
7- went back in and made some lines thicker than others
8- added color to all the shapes, except the background
9- cut out oval and glued on to white shape
10- completed exit slip addressing the concept of "similar" and using "because" statement to support their answer 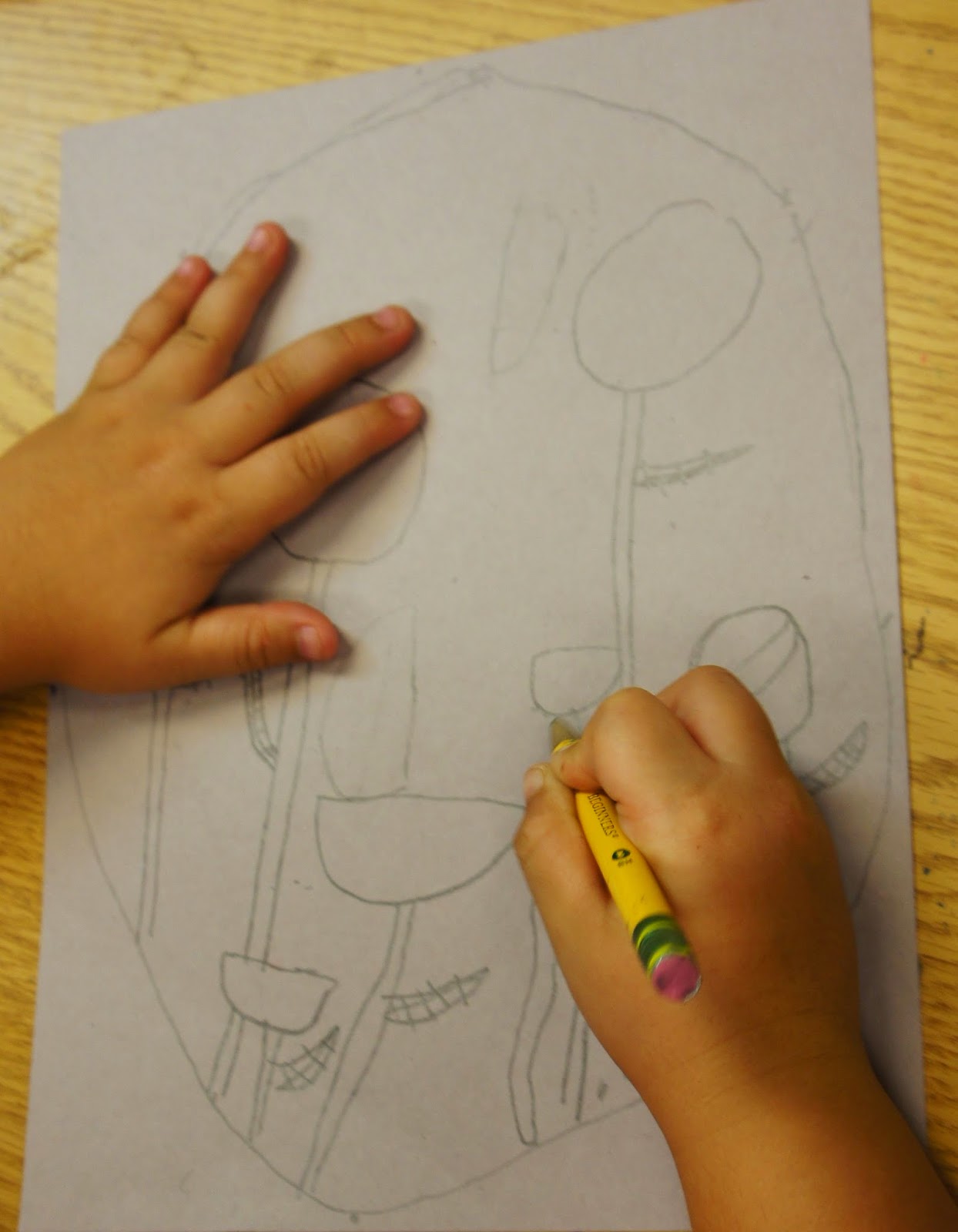 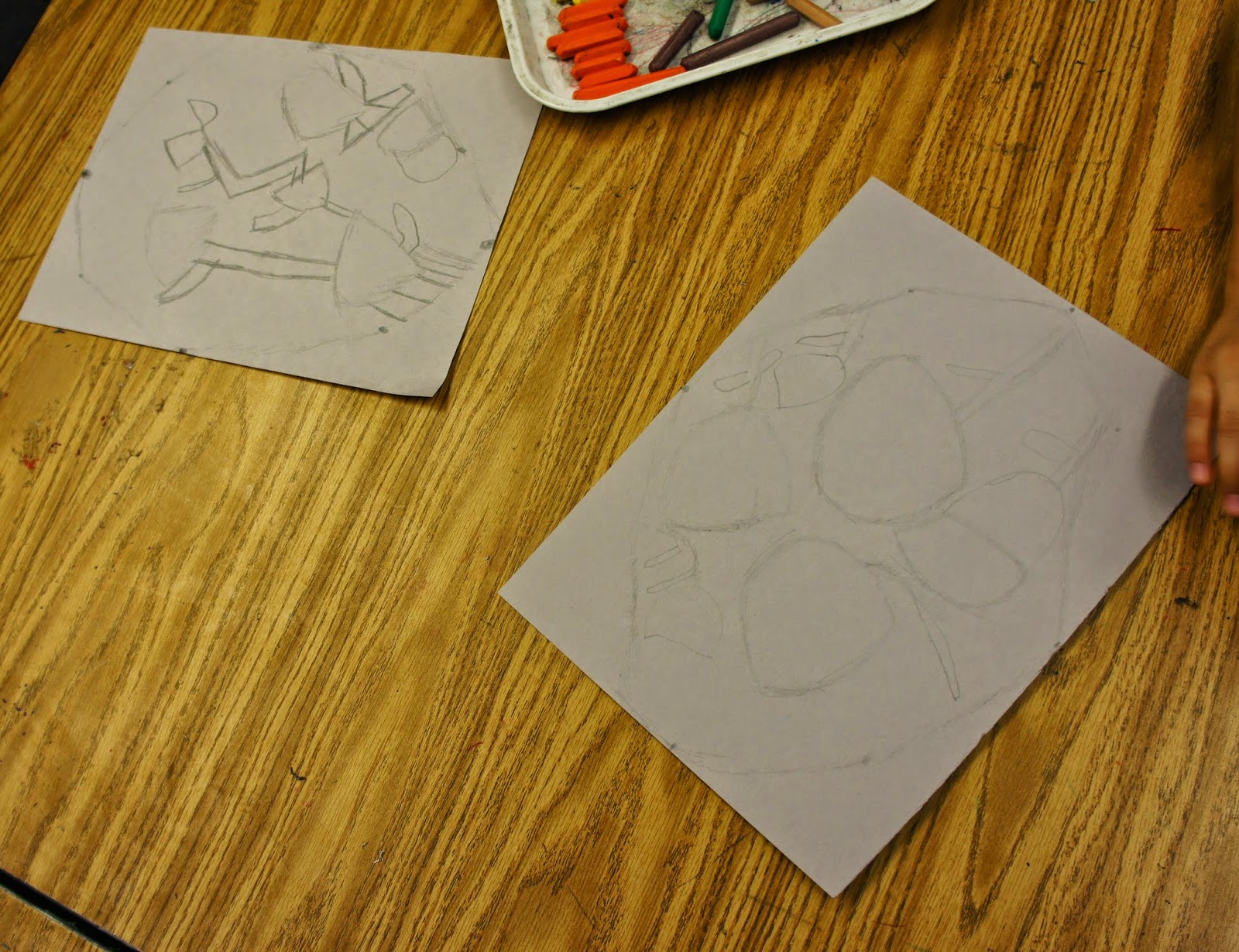 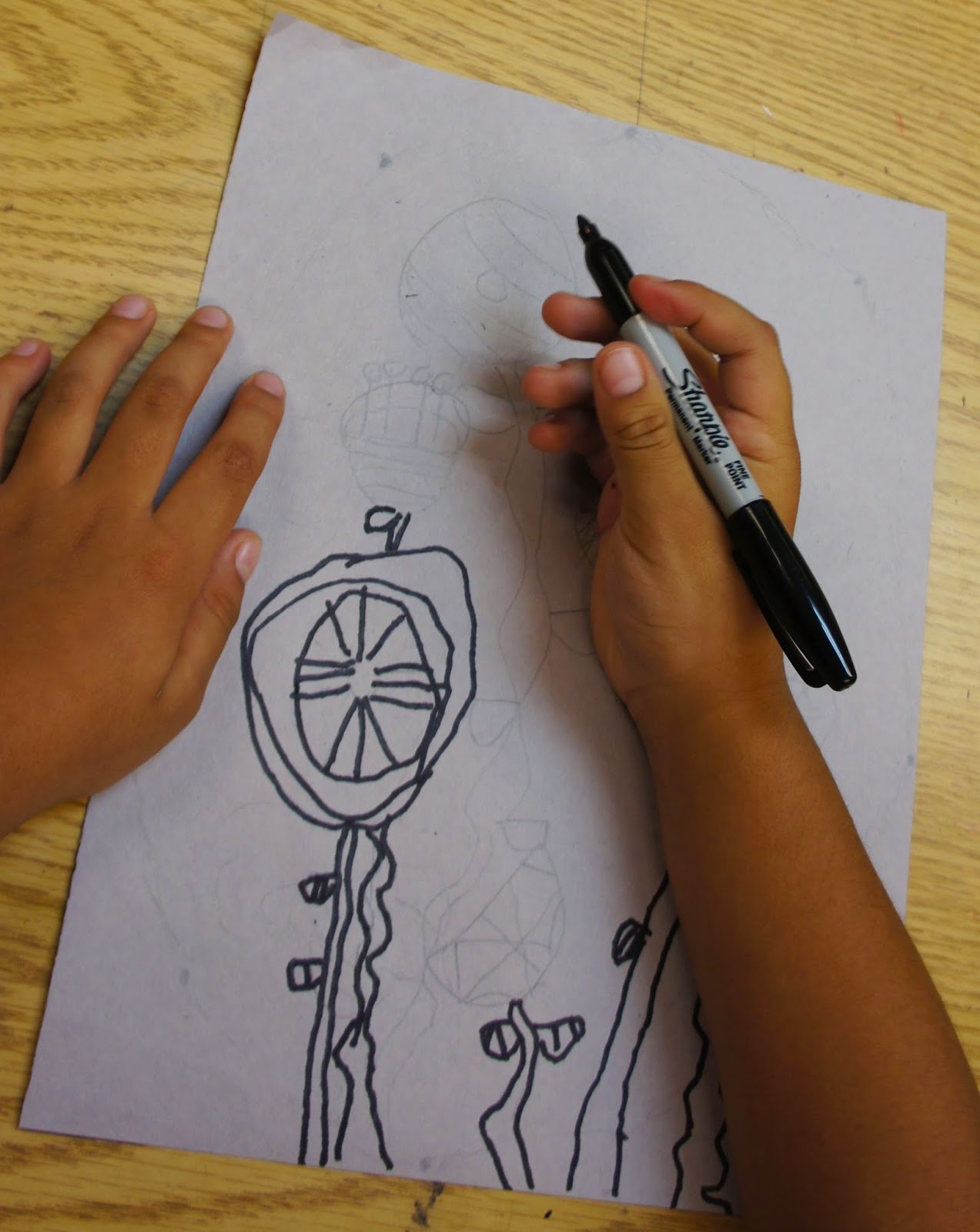 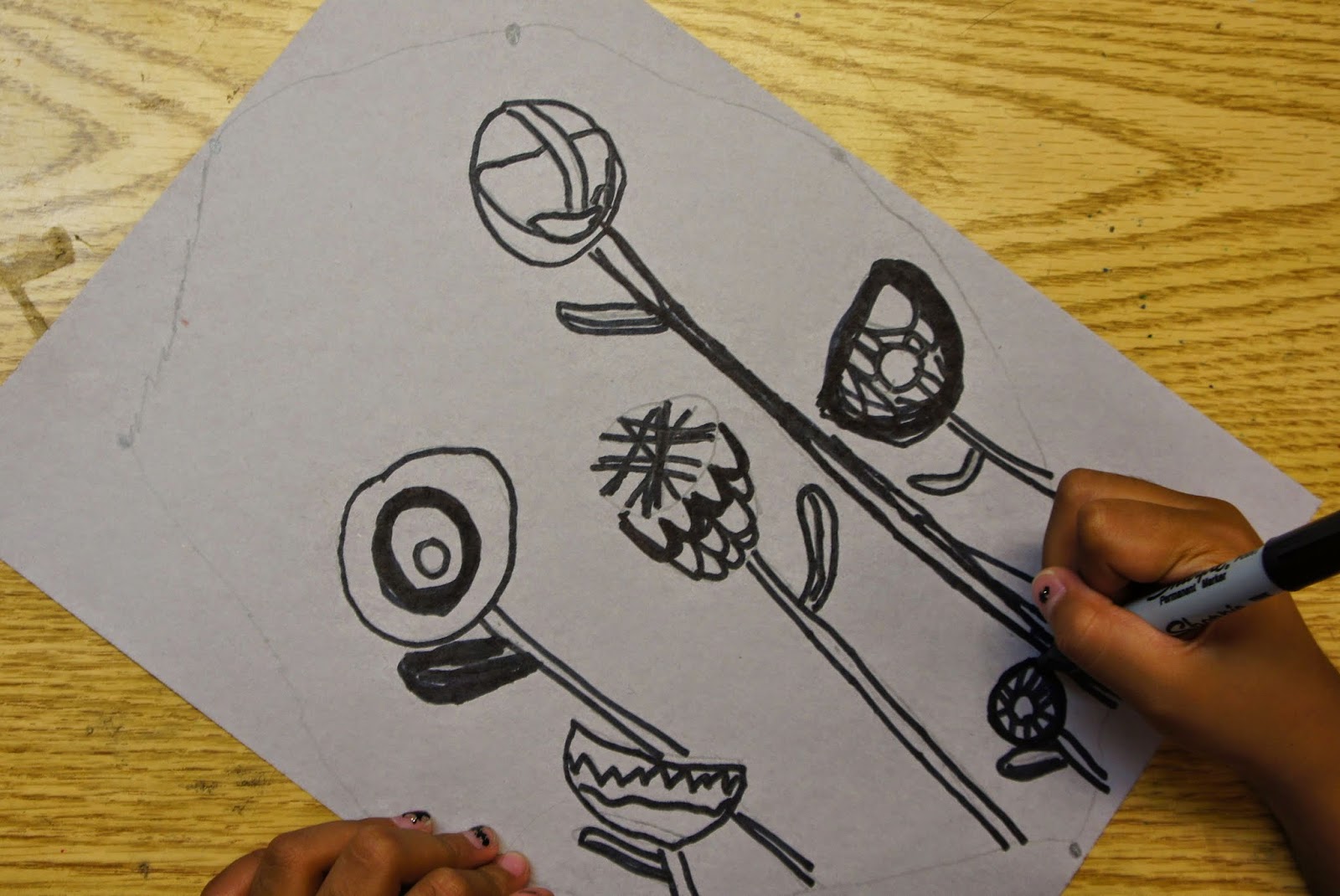 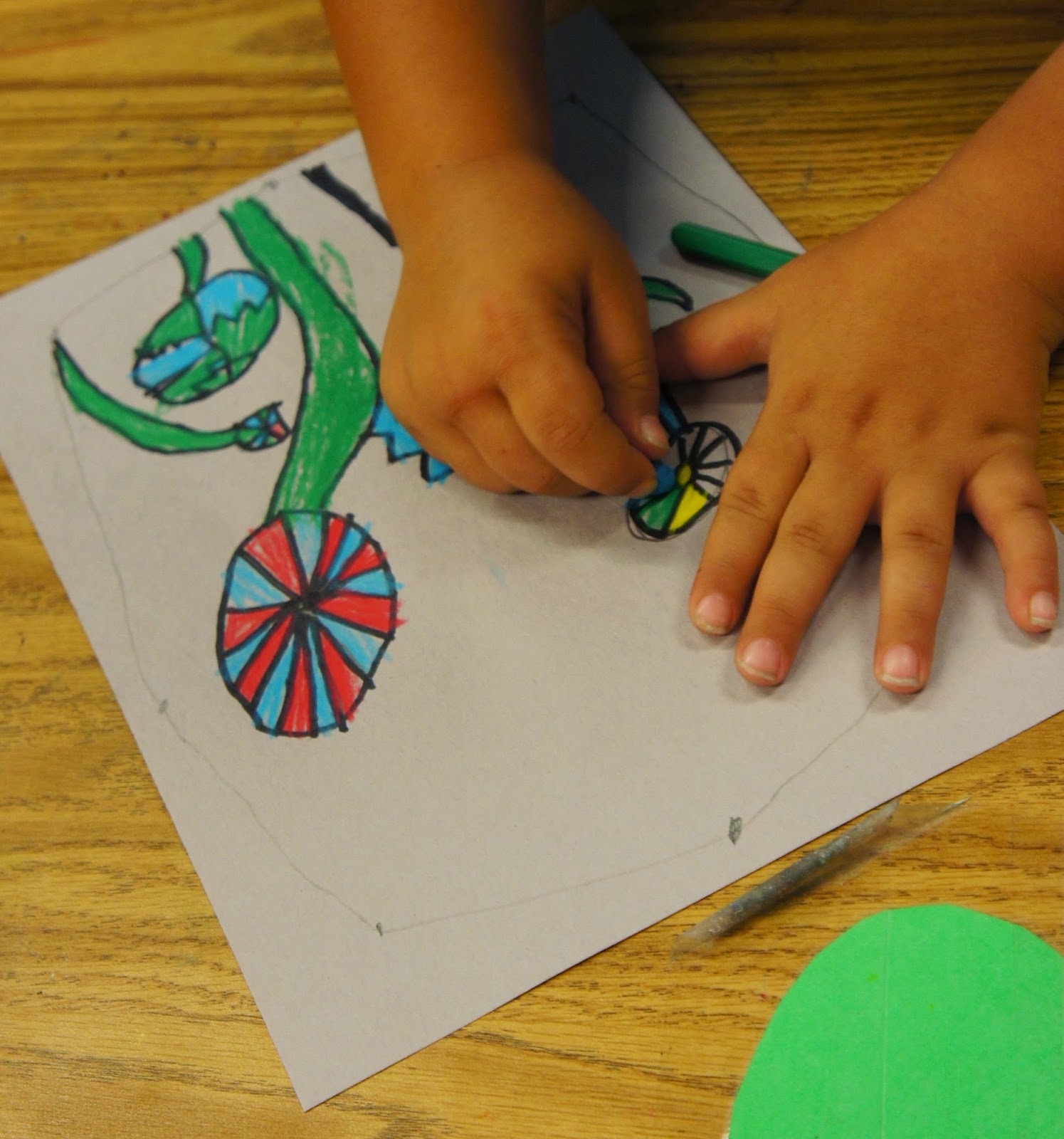 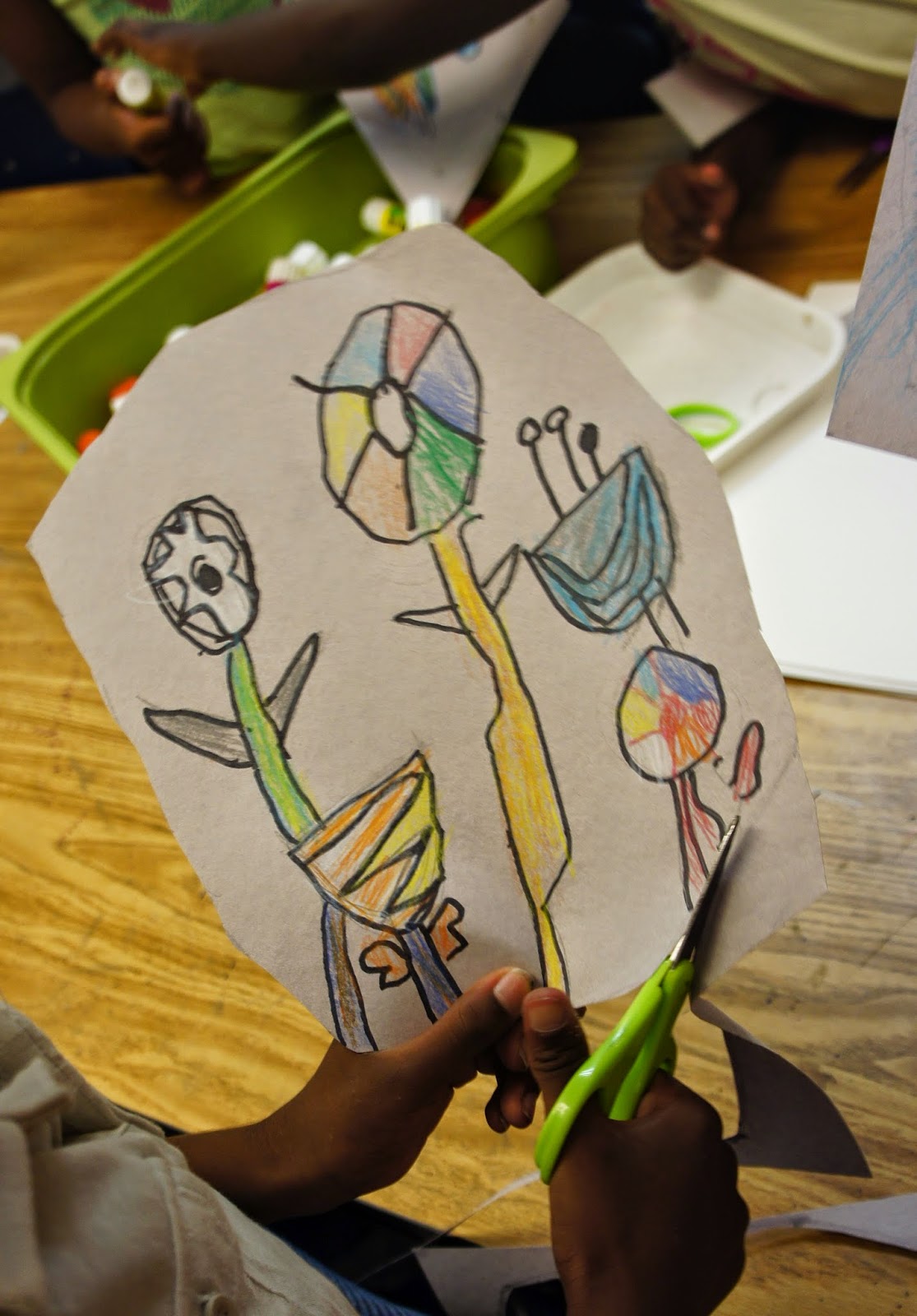 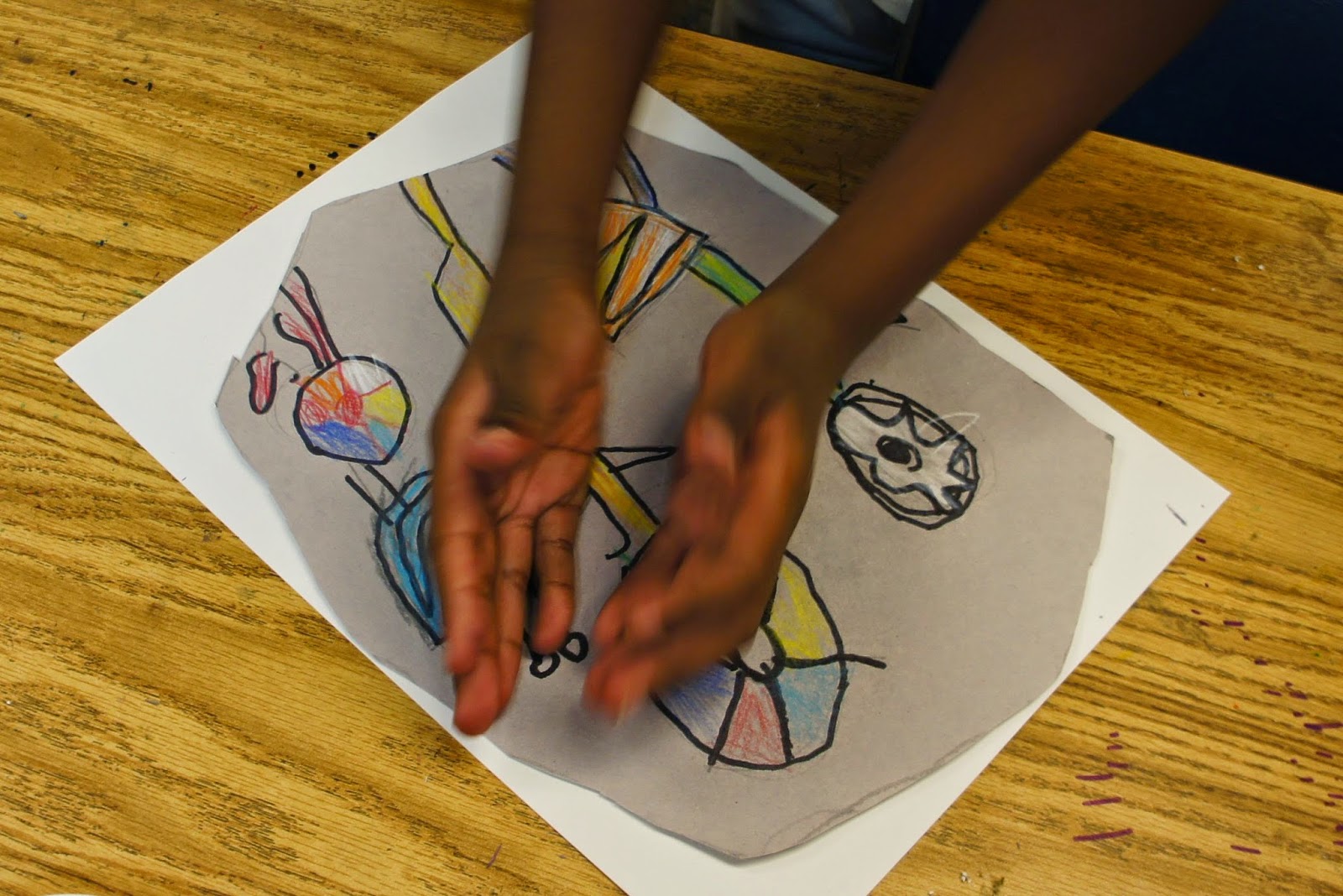 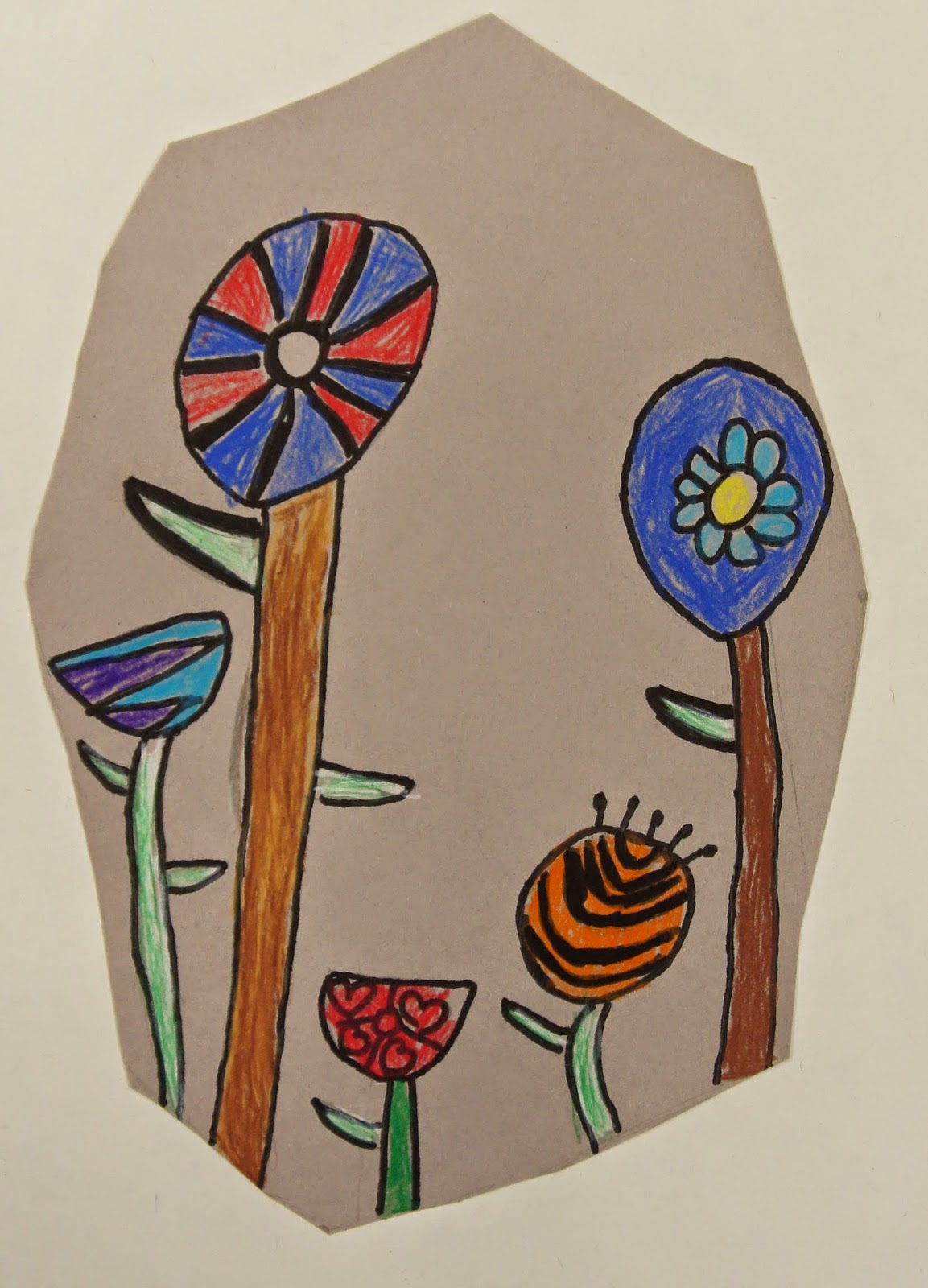 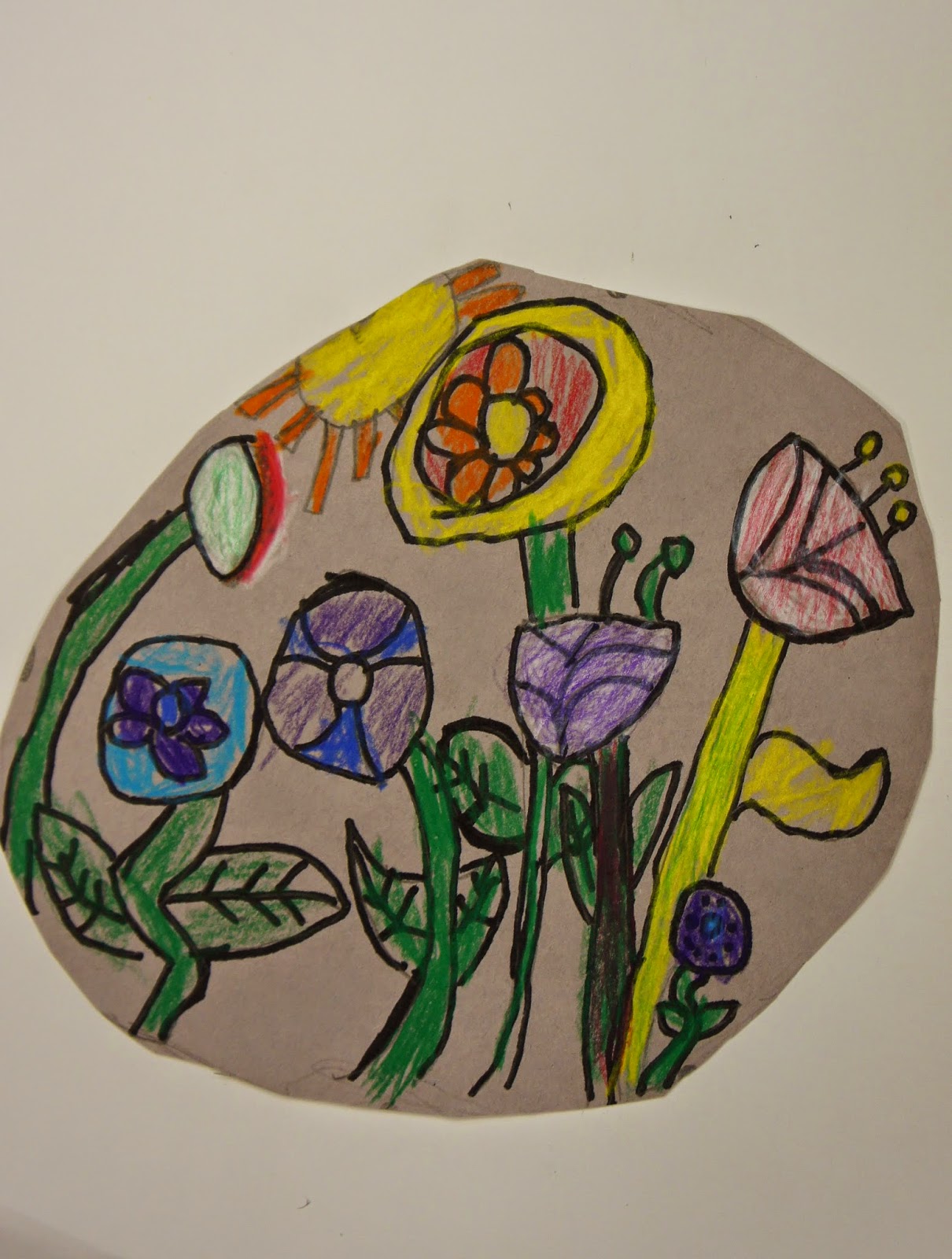 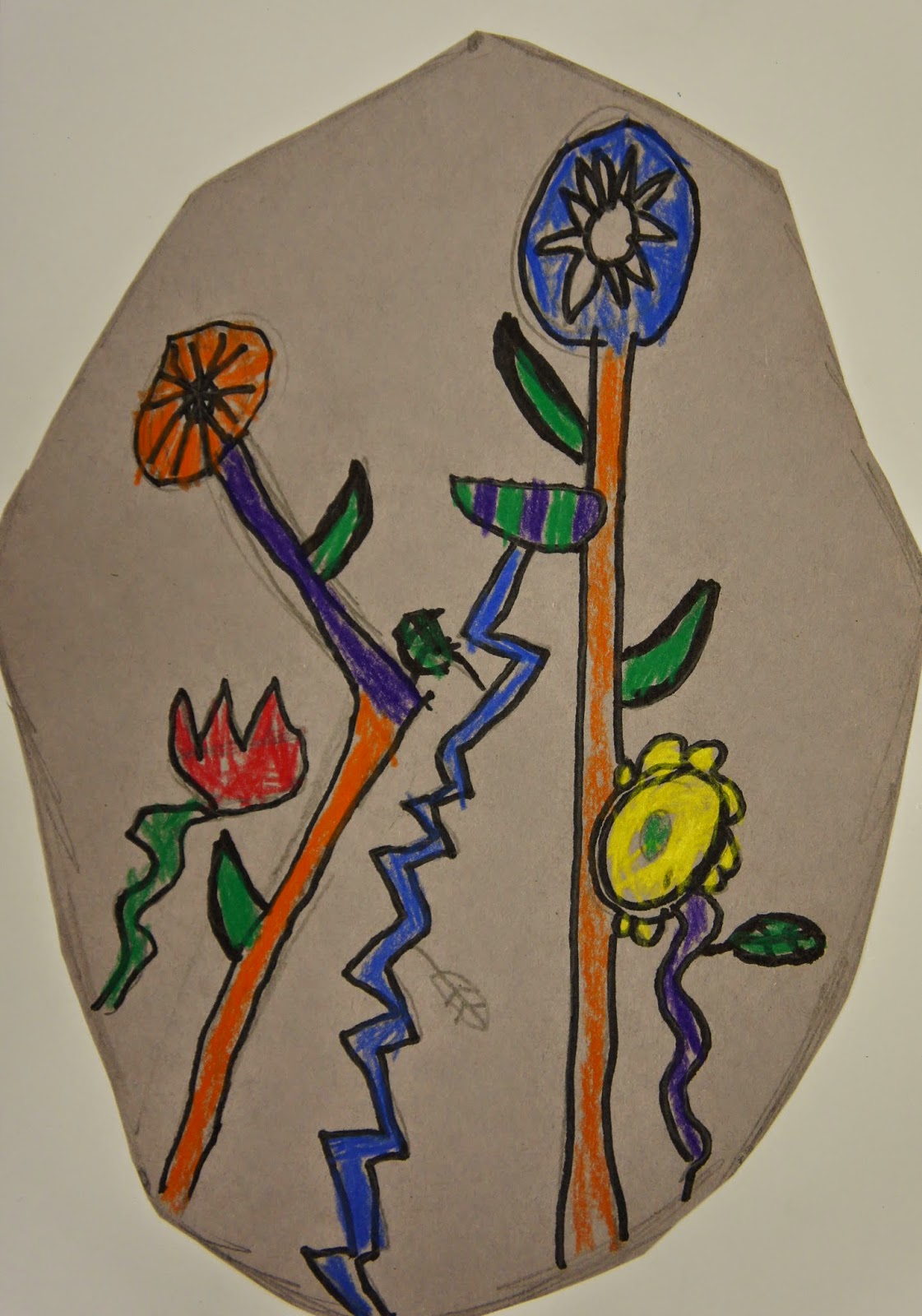 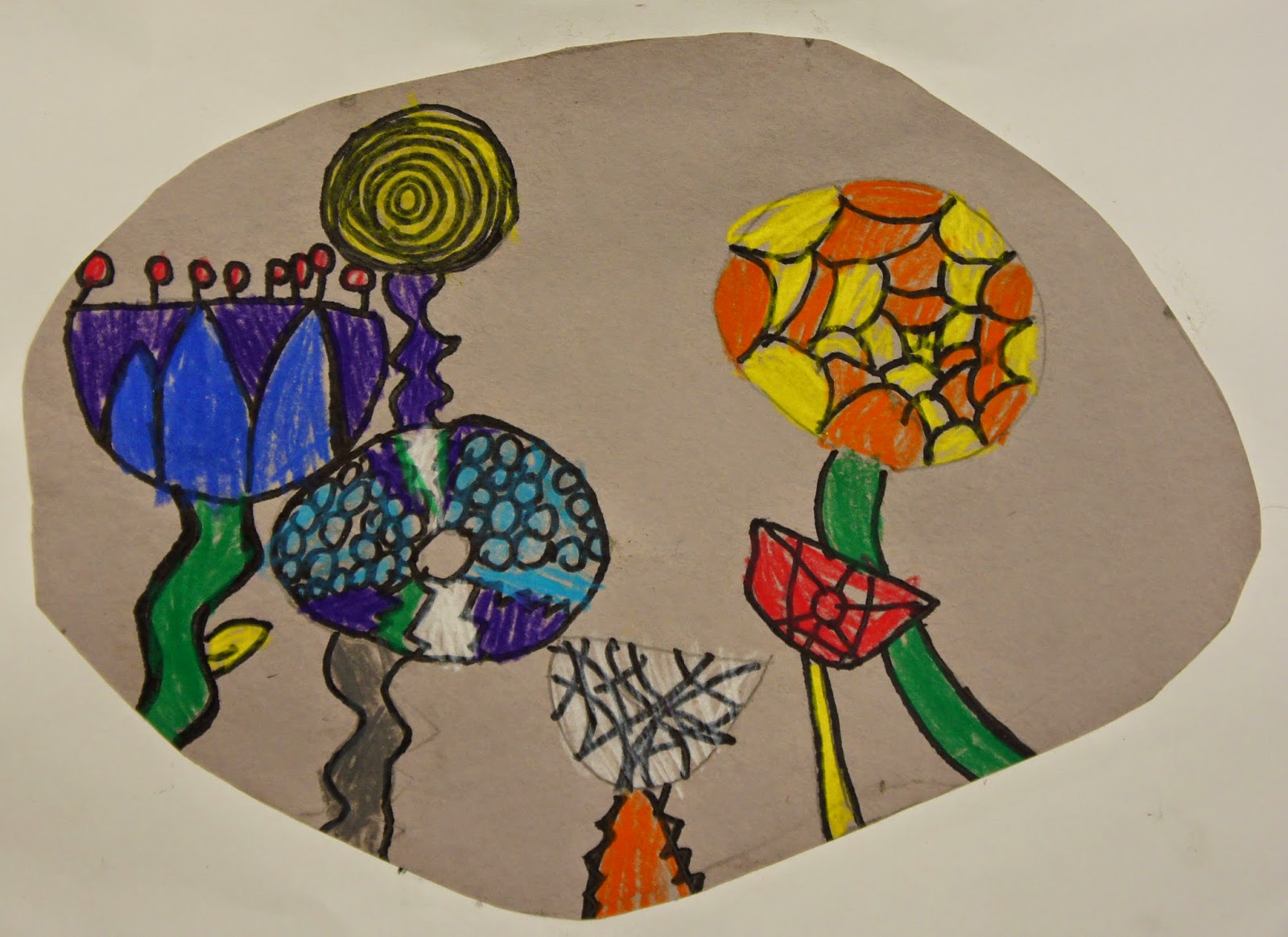 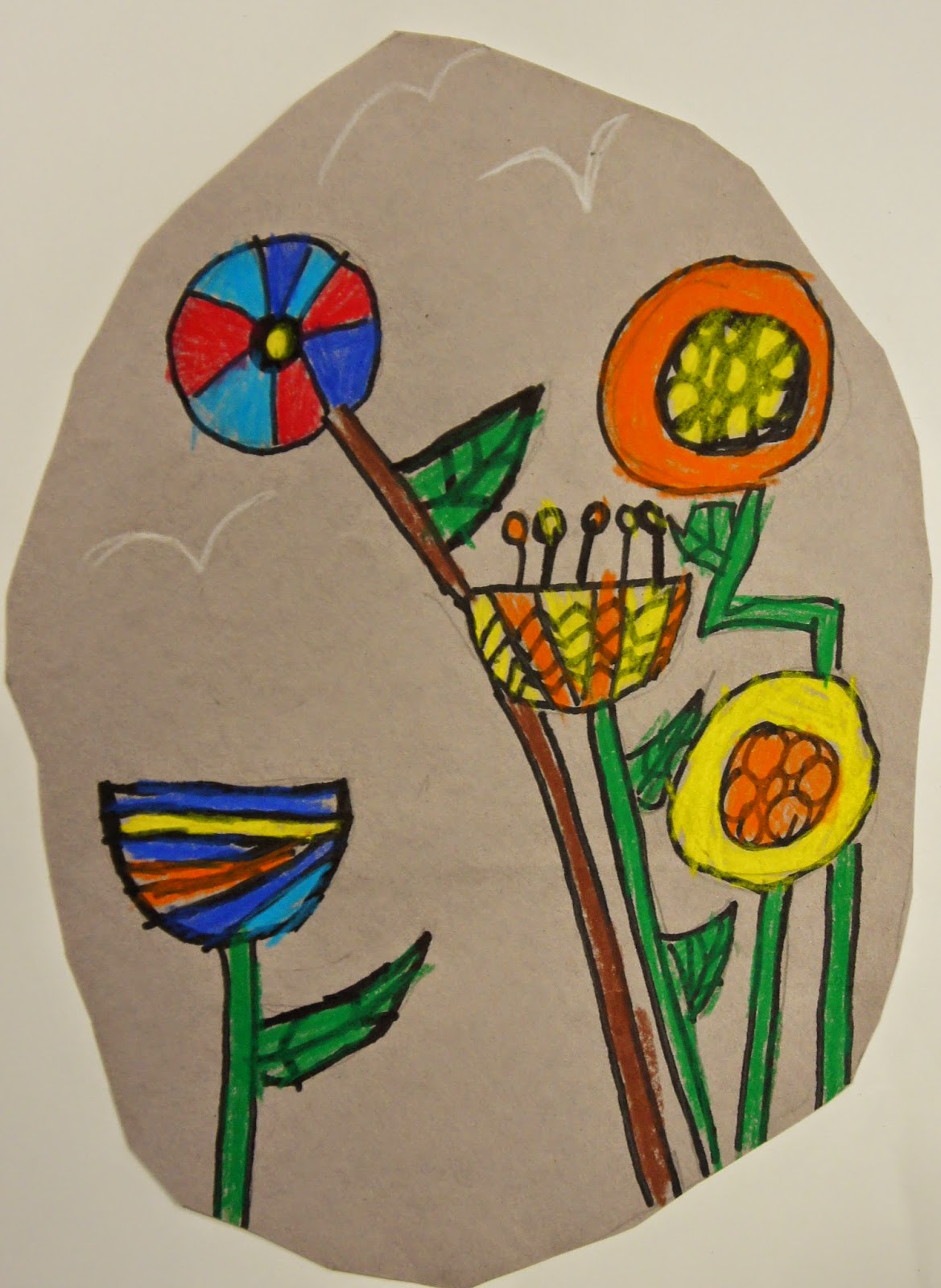 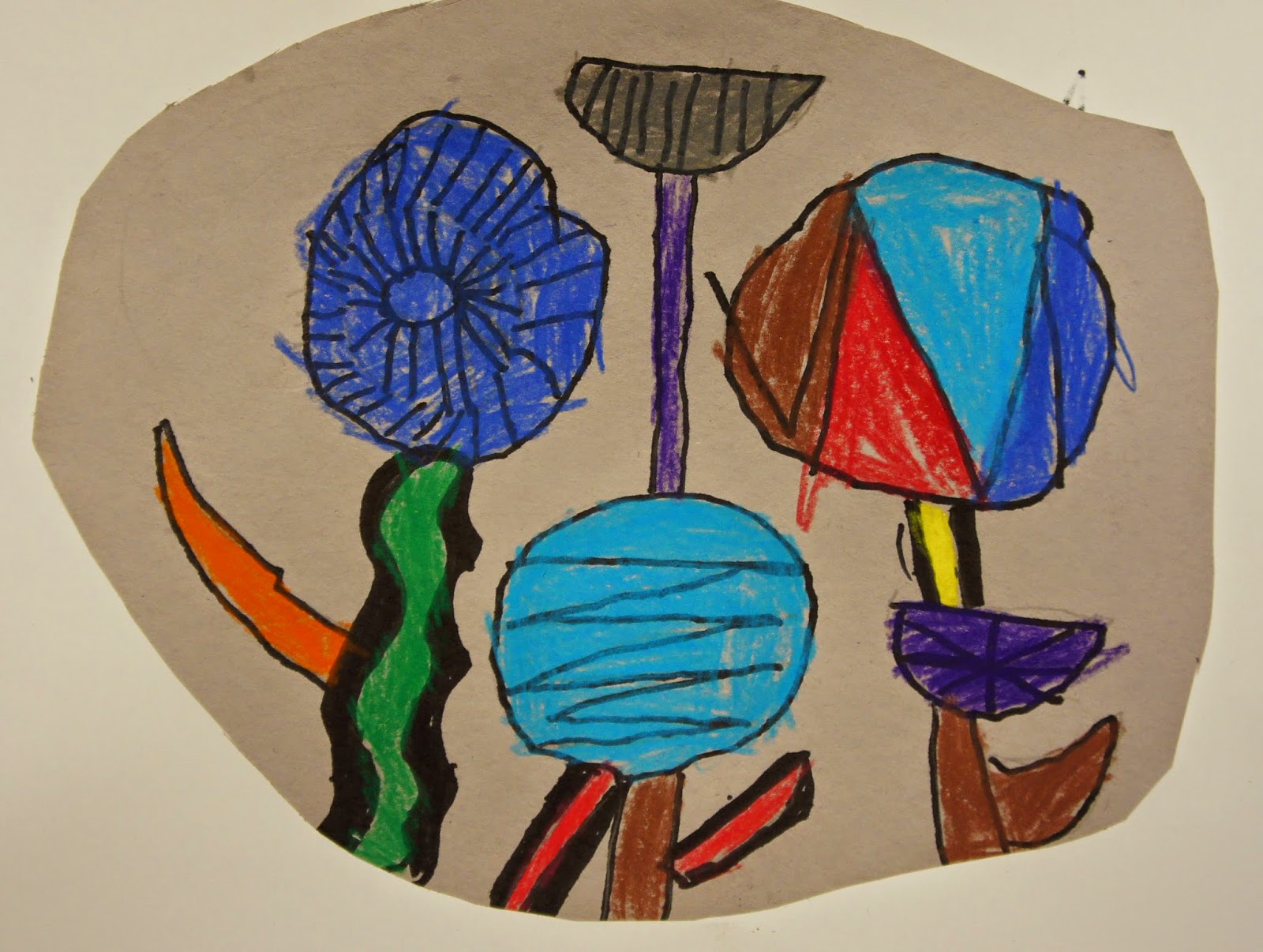 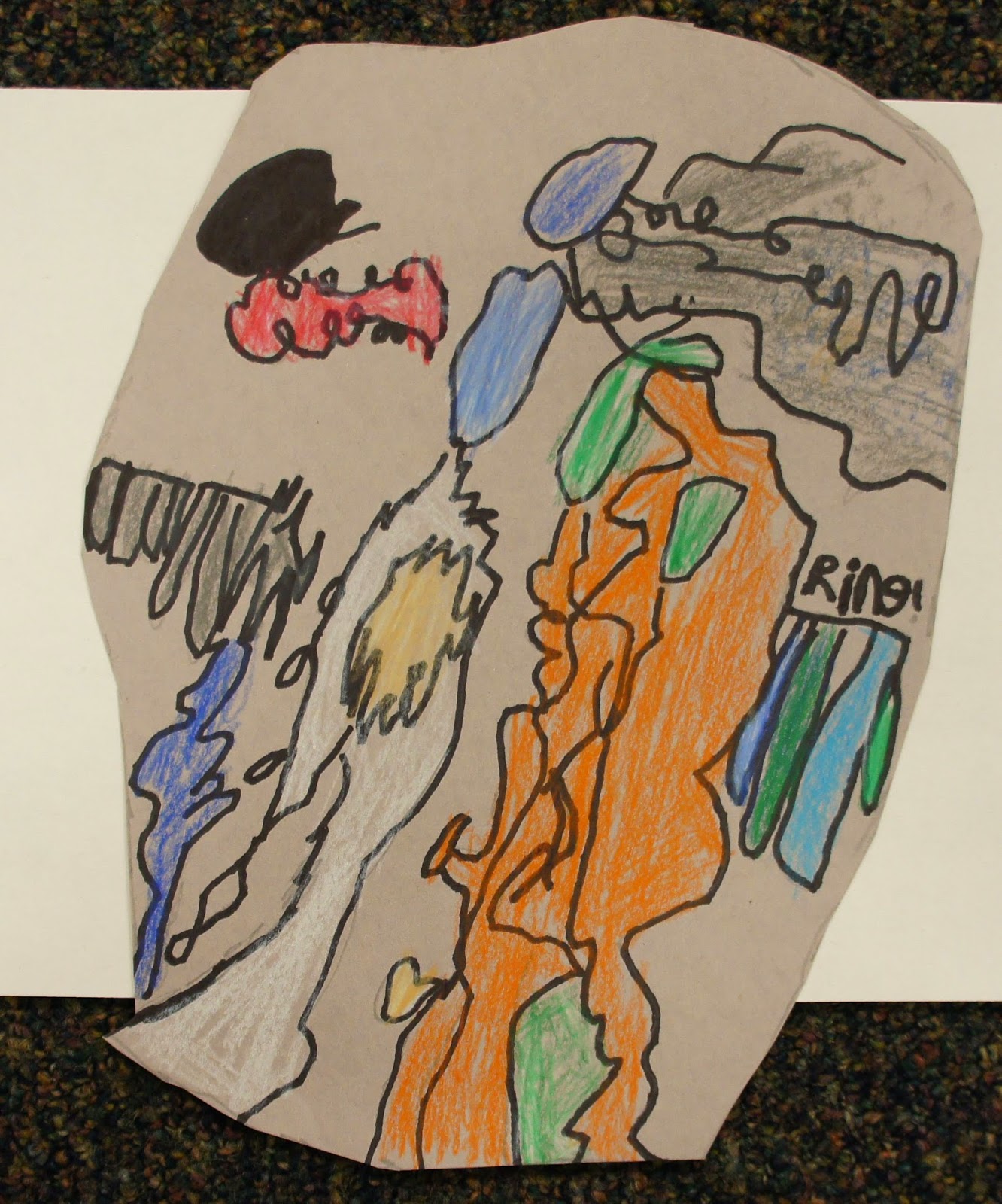 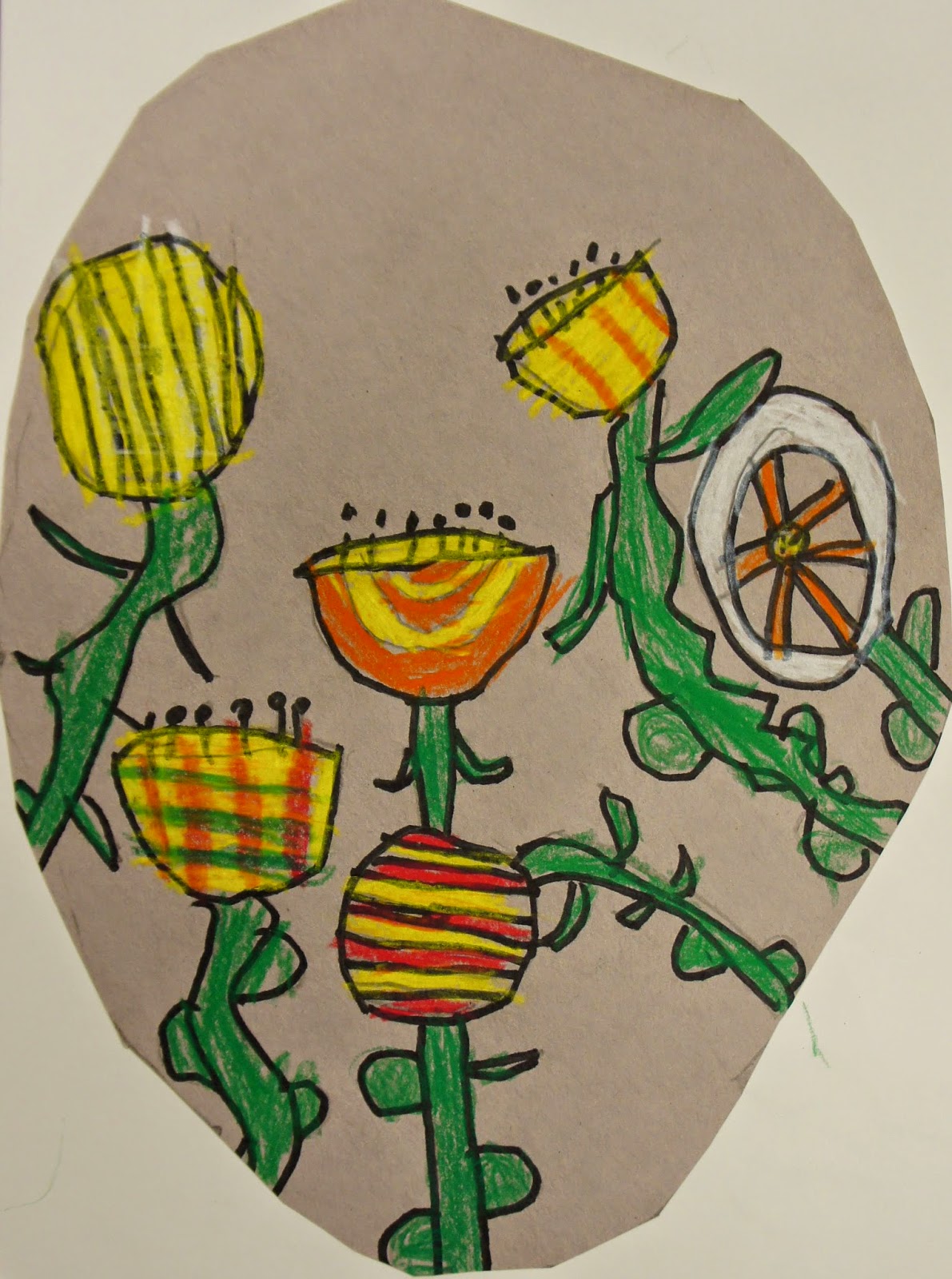