This week the 4th graders finished up their Rodney Alan Greenblat drawings. They also completed exit slips that had them reflecting on how they created contrast and what was the most successful part of their drawing... and WHY:)

That left each class with about 45 minutes to do a quick line drawing activity that reinforced the same concepts while creating something that looked a lot different than their RAG compositions.

For this activity , I shared a couple illustrations done by Mexican designer and illustrator Victor Melendez. He uses variety in line to create contrast in his work. He also heavily relies on contour line to define his shapes and add pattern elements that enrich his work further. We also looked at how one of his final designs was different than the sketch he did. We talked about how this type of revising is an important part of the artistic process. Changes, improvements, and risks are still taken when preliminary work is translated to finished pieces:) 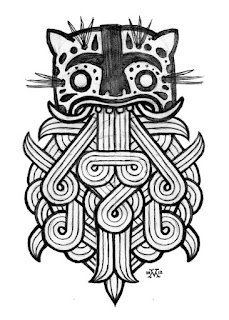 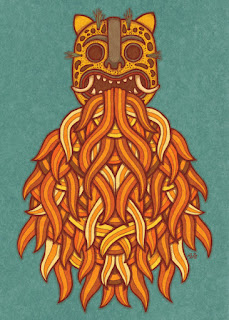 "Tell Me Jaguar"
Inspired by a song of that name from the Mexican rock band Jaguares.
After introducing his work and how it compared and contrasted with Rodney's, students were tasked with creating 2 different animal designs that showed symmetry while also used line to create pattern and shape. They picked one of those designs to do slightly larger (6x9) and drew it out softly. They used thick and thin markers to create contrast again and then added color to the background to add contrast that way as well. Now, these drawings aren't as refined as their first projects, but I wanted to give them a chance to explore similar concepts with a different look in a shorter amount of time. 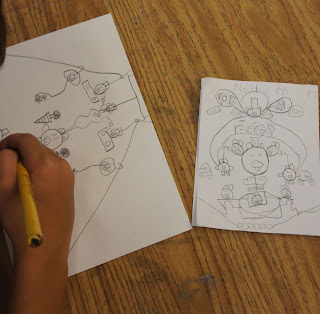 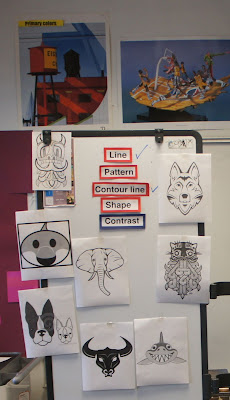 There was a lot of variety in the individual approaches to this activity, just as there was with the RAG drawings. I'm looking forward to the ideas these kids explore for the rest of the year! 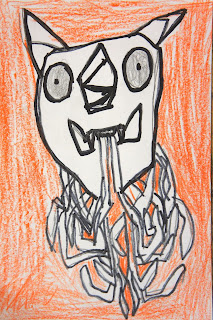 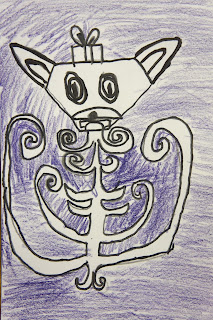 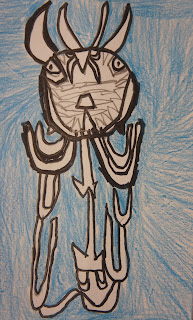 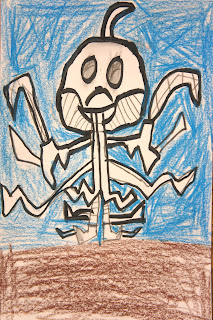 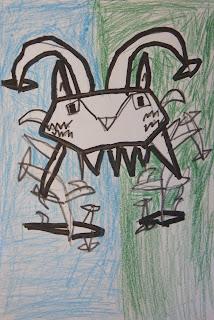 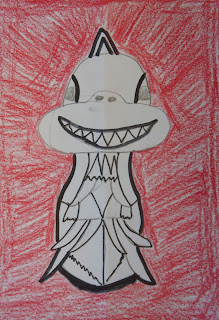 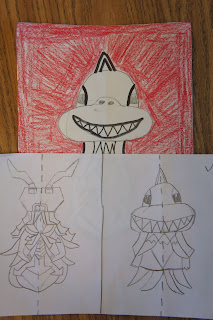 Below, are a few more RAG inspired drawings that were completed this week. Cool stuff! 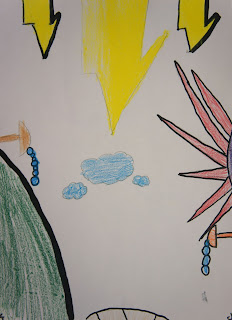 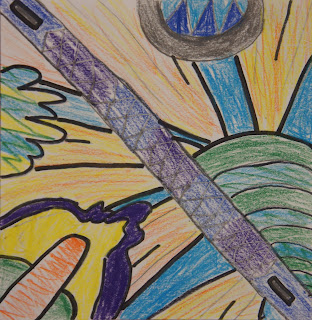 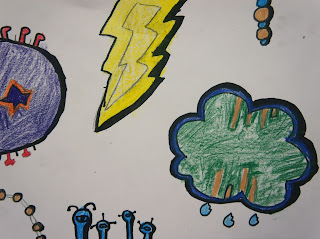 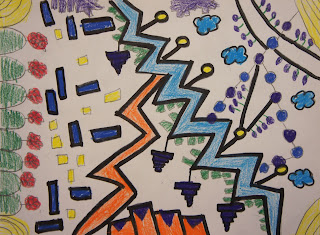 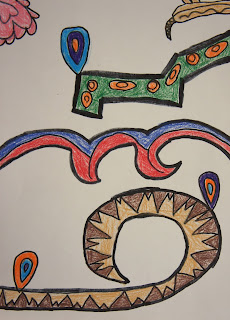 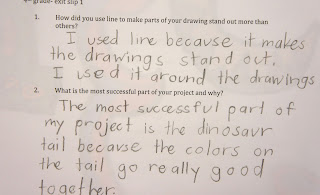 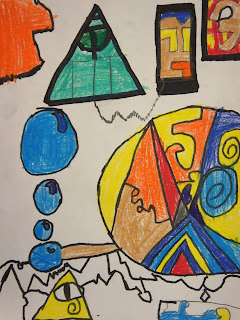 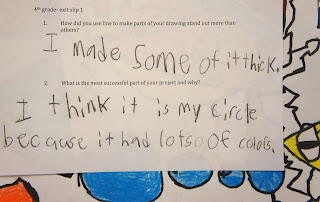