The 4th graders have spent the first 2 weeks looking at 2 artists who have a similar vocabulary of line, yet their work looks very different from each other.

During week 1, we looked at the work of Oakland based painter Brendan Monroe and attempted to create landscapes inspired by his work that used line to create pattern and the illusion of 3d space. 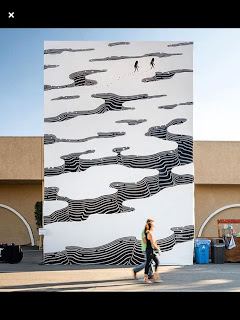 Brendan created this one for the kaboo festival, right here in San Diego.

When looking at a couple of his pieces we talked about the type of landscape or place they remind the kids of, as well as how he is using a pattern based on the bottom edge of a shape to give the side of a form that 3d look.

We practiced a few approaches (wavy canyons, angular canyons, and an oval plateaus) together that were based on techniques the artist used and then the students chose the sketch that they could be most successful with on a larger scale. They wrote an explanation of their choice under their sketch, shared their reasoning with a neighbor, and then got to work on the larger version. After they drew their landscape larger in pencil, students traced their landscape with thick lines in the front, medium in the middle, and thin in the back, to emphasize the 3d space of the image.

There were some very interesting results with this project. It was a bit challenging for some, but we talked about growth mindset and strategies to use if they felt like they were getting frustrated with the project. 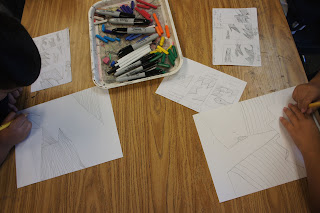 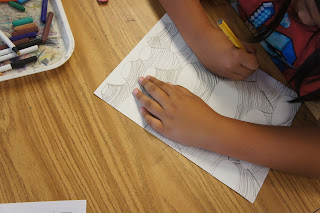 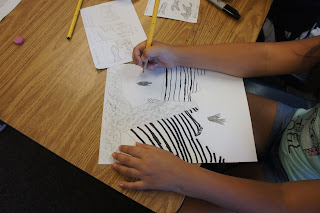 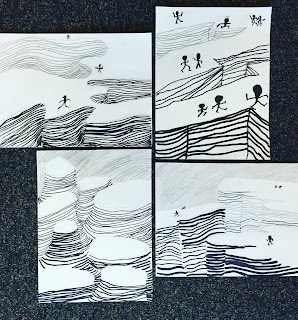 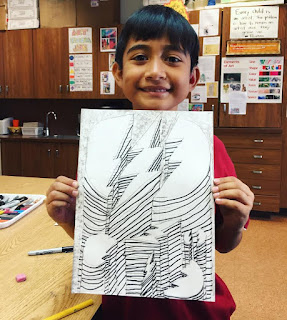 This week, we have been looking at some murals done by Daniel Anguilu, who is a Mexican American painter based in Houston, Texas. At the beginning of this lesson we quickly revisited the elements present in our first project. I emphasized that there would be similarities and differences between the 2 artists' works and that the kids should be thinking about those as we worked.

Daniel creates large scale murals that are much more abstract than Brendan's work, yet they are both line and pattern heavy. We discussed how the space that Daniel creates is more decorative and 2d than the work of Brendan. We also revisited the concept of contour lines and how Daniel outlines almost everything in his work, and we don't really see that in Brendan's large scale landscapes. 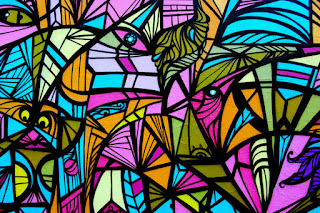 I shared a brief video from 2014 of Daniel talking about one of the murals he was working on at the time, so the kids could see him in action.

With this project, we started out by sketching 2 different composition concepts that were inspired by Daniel's use of line and pattern. I asked students to break up their frame with at least 9 lines and to include at least 7 patterns. Students then chose their most interesting concept, discussed their reasoning with a neighbor, wrote a reasoning sentence about their choice, and then got to drawing their final design.

As they worked on their larger drawing, I encouraged them to add more patterns and details if the large spaces looked like they needed it. When tracing their pencil lines, we talked about making both thick and thin lines to create more variety in their contour lines and patterns. When it came to coloring their designs, how they did it was up to them. I did talk about and model modifying hand pressure to create light and dark version of the same color.

When students finished their drawings, they reflected on the project in writing by identifying how the 2 projects were similar, how they were different, and which one they had more success with.

There was a great amount of visual variety with this project across the 4th grade classes. A load of interesting, engaging results that addressed the project emphasis of brainstorming and using line to create different visual constructs. 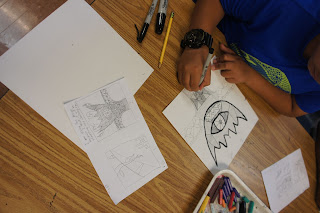 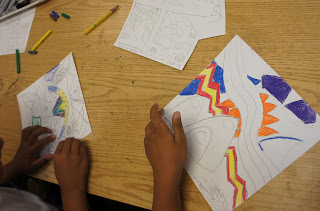 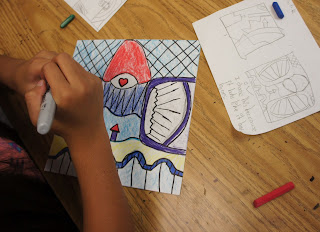 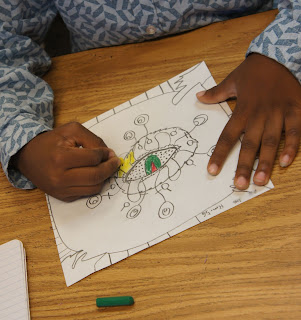 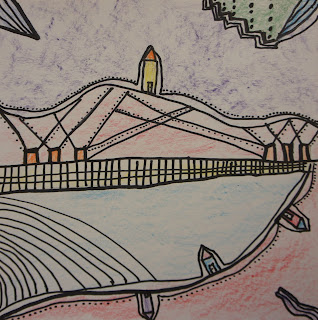 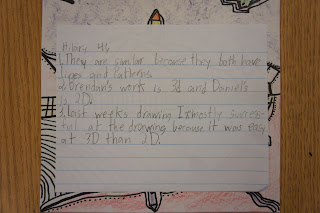 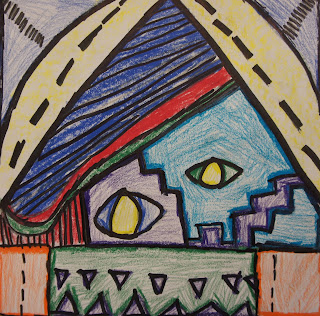 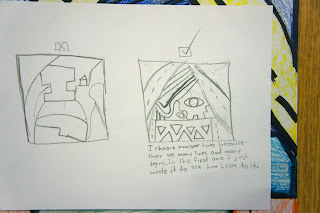 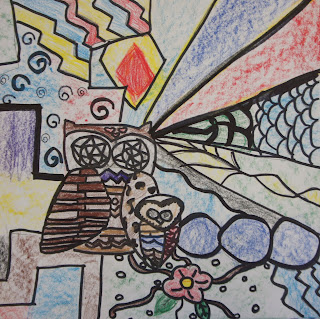 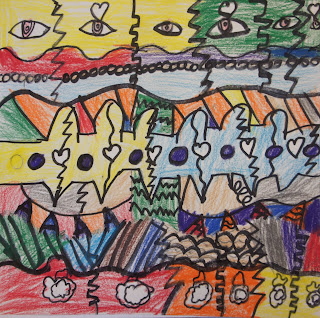 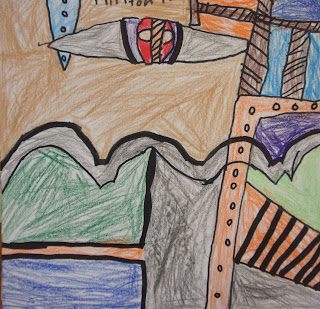 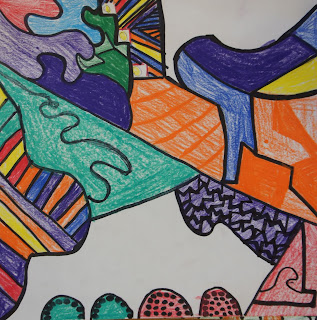 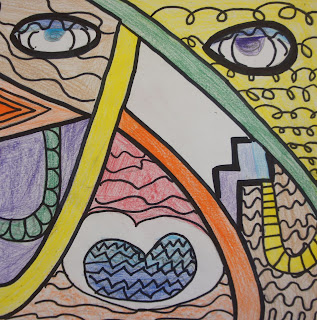 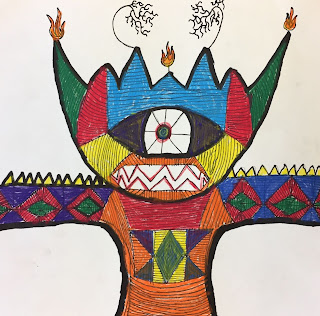