artists that have inspired me. 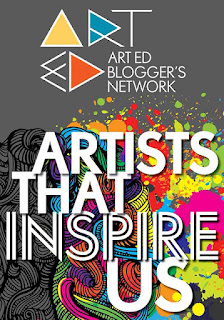 Let me start off by saying that I am thrilled to be a part of the AEBN that Cindy Ingram over at the Art Class Curator has organized. I look forward to learning from all the others involved as well as sharing some insights myself.

Since the first topic was set, I’ve kicked around various ways to approach it. What I’ve ended up with is a little bit of a time machine, that goes way back when I wasn’t old and gray and moves forward from there.

So shall we? We shall!

Let’s start with my youthful affection for Andy Warhol, dating way back to the mid 80s. I don’t know how I was first turned on to his work, but I remember very much looking forward to a field trip to MoMA my junior year in high school when there was a big retrospective of his work. I was really fascinated by his use of silkscreen and the mass production qualities of his work. (I went on to major in printmaking in both undergrad and grad school due, in large part to a continued fascination with making multiples- the reach of the various print medias- but I flashforward before I need to flashforward!) I loved his use of popular items to engage the viewer and speak to a larger audience. 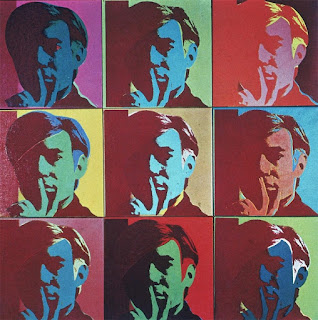 Moving forward a couple years to the early 90s in philly where I was doing my undergrad at Tyler school of art.  I spent my time there regurgitating the work of artists that had come before. I don’t mean this as as much of a knock as it sounds, because I firmly believe most artists and creatives go thru similar phases as we grow and form our own paths, but that’s what I was doing;) I was blown away by the energy and power present in the work of Frank Kline and spent much of my sophomore and junior years mimicking that in a much more timid and affordable scale. At the same time I was also very much drawn to the work of Ellsworth Kelly and his approach to nature and architecture and his abstraction of it. This duality has continued to be a big part of who I am to this day. 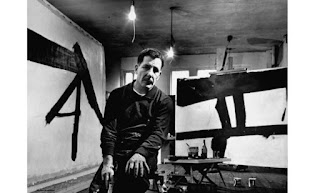 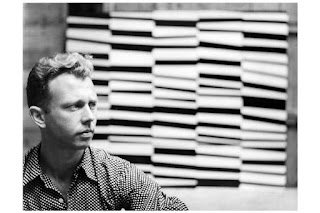 While also in undergrad I had the good fortune of studying in Rome for a semester and, despite the setting, continued in my abstract ways. However, one spring weekend we took a field trip (which, after some late night dancing, I barely made the train for) to Ravenna and visited Byzantine cathedrals and other buildings that had the most amazing mosaics inside them. This trip did not inform my work or my artistic philosophy for a few years, but it has been, in the long run, one of the most impactful artistic experiences I have had. The style resonated, but so did the craft, the emphasis on pattern and decorative space, and the time that went into the creation of these works. Also, the fact that the creators were anonymous to us now was eye opening. 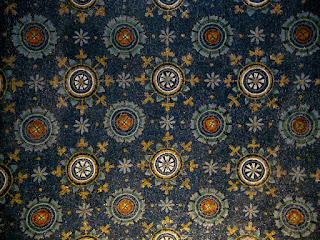 When I went off to grad school down south in Baton Rouge, the impact of these works would become apparent in a series of large scale crayon drawings which combined pattern elements with drawn medallions that spoke of the modern, suburban world from which I was raised. Though still borrowing, I was finding my voice as an individual artist. 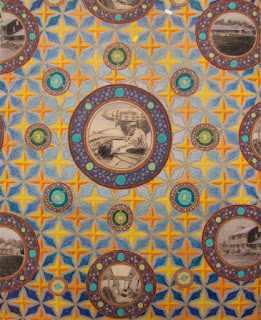 one of those grad school pieces:)

Since then I have bounded back and forth between figuration and abstraction. Gleaning from history and popular culture.

Now, in terms of art ed practice and curriculum, over the past 5 years or so, I have found myself drawn to a couple other bodies of work, and have used each extensively when working with my elementary school students. Quilts and street art.

Both have been devalued and marginalized for a long time, although they are being viewed in different lights in recent years. I am drawn to the modular and pattern nature of quilt design. Like most of the work shared in this post, the range of abstract compositions possible in the quilt medium really rings my bell. I love being able to use the work of quilt designers to introduce my students to the duality of unity and variety in both art and our social organization. I also think it is important to elevate female dominated art forms within the eyes and minds of our students, especially during our current social and political climate. In the past few years I have used the work of Libs Elliott, Maritza Soto, Latifah Saafir, and Tula Pink to kickstart student experiments in shape, color, and social fabric. 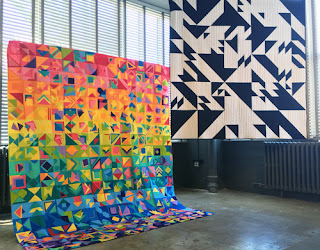 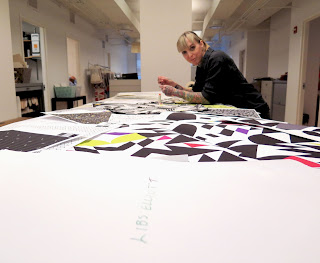 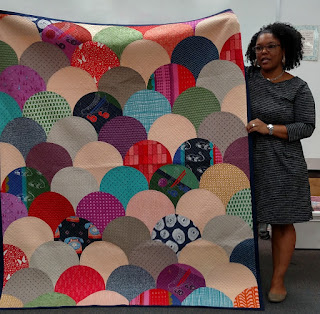 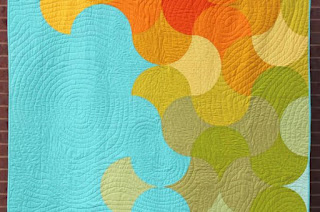 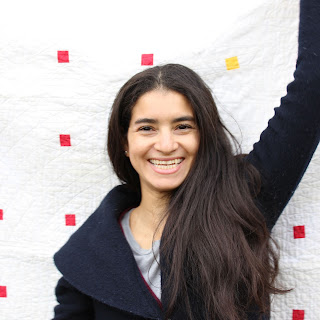 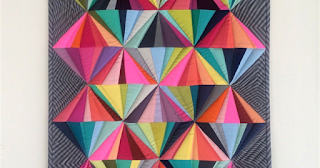 At the same time (well, not exactly the same time, but regularly throughout the year) I have been exposing my students to the work of more and more street artists. When doing so, I emphasize the fact that art does not need to be set in a museum or gallery to be considered important or valuable. I want my students to recognize that art is all around them and that it can be created anywhere. I have used the work of street artists from around the world as inspiration for student visual explorations and I have recently turned more specifically to artists creating public art in San Diego- the likes of Isaias Crow, Santos Orellana, Monty Montgomery, and Gloria Muriel. I have found that using the work of contemporary street artists, and in particular, local ones, increases student engagement and enthusiasm. It also provides opportunities for first hand interaction and relationships between the artists and my students (and, I’m not gonna lie- I love getting to meet these artists, too!). 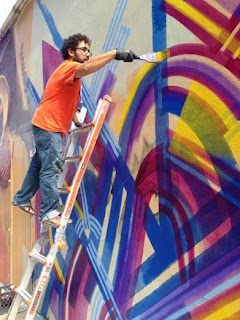 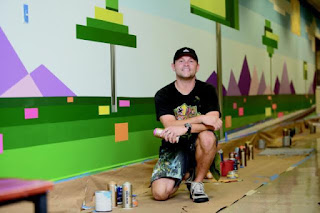 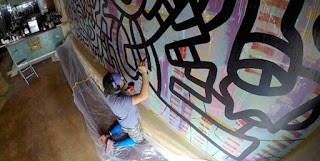 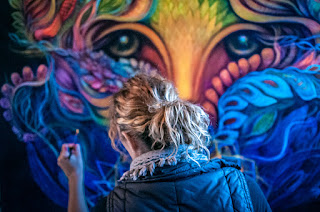