he speaks for the trees.

His name is Pearl. 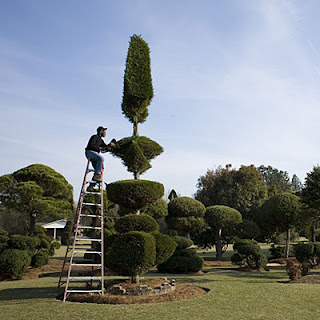 He has been creating a topiary garden on the grounds of his house in South Carolina for the past 30 years. He has over 300 plants on his property that he continues to shape from morning until night on most days of the week. Some of the pieces are hard edged geometric abstractions while others are looser, more natural looking spirals and curves.

There is a documentary of him and his work called "A Man Named Pearl". You can stream the video on Netflix. He is a pretty extraordinary artist and man. So passionate. So giving. The documentary is a great watch and provides insight into his process, philosophy, and history.

I shared a number of images from his website with my second grade classes this week. We talked about how he makes his work, and the fact that he has to maintain and cultivate it for many years. Trees and bushes do not stop growing. When our Gee's Bend quilts were done, they were done. If we worked on a tree, that would not be the case.

Since we could not create a real topiary in class (although it would be cool to start a couple on campus this year), we created drawings of our own gardens. Before we did this, we looked at a couple photos of Pearl's garden more closely, so we could talk about how 3d space was implied in them. 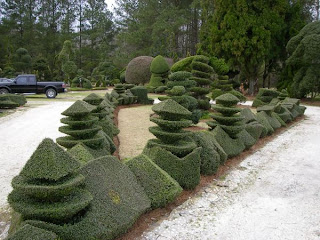 They also saw that shapes looked 3d in the photos because of the play between light and shadow.

Once the composition was laid in the next step was to use light and dark to create the illusion of volume in the plant shapes.

The kids really enjoyed seeing what Pearl could do with a living thing. They also really got a kick out of seeing somebody make art with hedge trimmers! 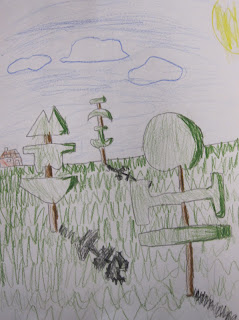 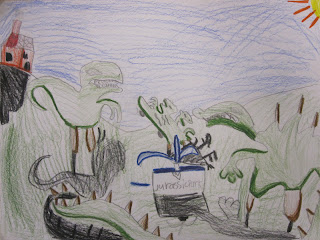 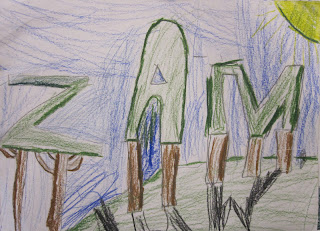 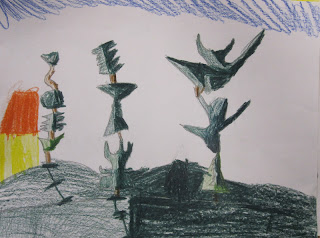 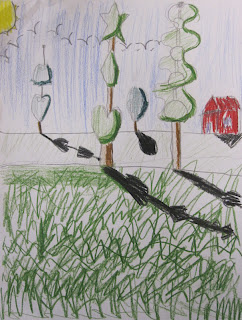 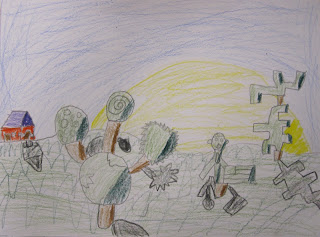 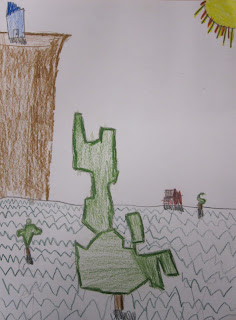 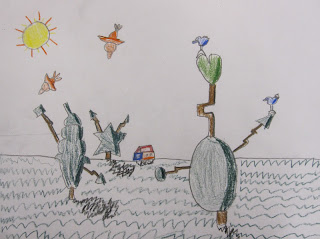 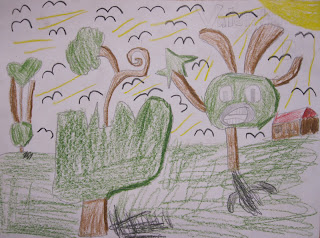 Thanks for the inspiration, Pearl!
Posted by dmasse at 2:01 PM