bundling up in socal.

Not really, but we can pretend, can't we?

Last week the kinders got into the season by creating mixed media collages based on the illustrations of Ekaterina Trukhan. They made 3d collages the week before and I wanted them to have a bit more practice with cutting, gluing, and pattern making.

Ekaterina uses simple shapes to create some adorable little characters in her illustrations. She recently had her first children's book published. I think the kids really enjoyed her work because kids are a big part of what she does. 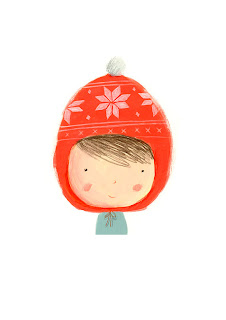 We based our project on one of her illustrations and the kids identified the ovals, circles, and patterns that Ekaterina used. I gave kids 3 color choices for the hat and 3 for the skin tone. They cut out an oval for the hat and a circle for the face.

After they were glued in place the students added a simple face. I asked them to show how the kid was feeling in the picture through the type of line they used for the mouth. They then added patterns to the hat to make it more interesting.

The final steps were to add a jacket, patterned or not, and a simple background if the wanted to add one.

The kinders have a come a long way with their cutting skills this year. Most are holding the scissors correctly and a lot of them are getting the hang of turning the paper instead of the scissors as they cut.

The finished portraits certainly have a lot of character:) 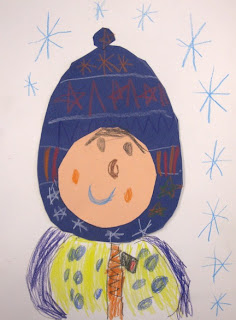 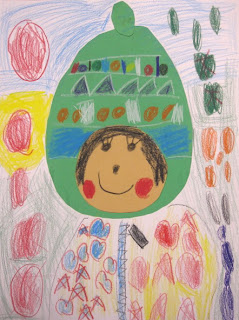 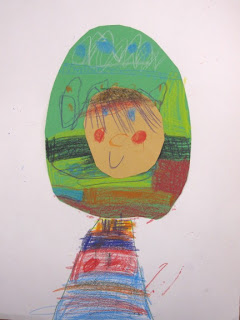 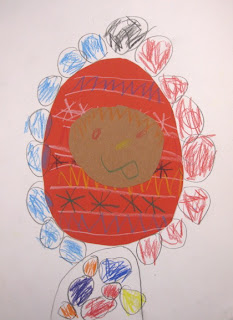 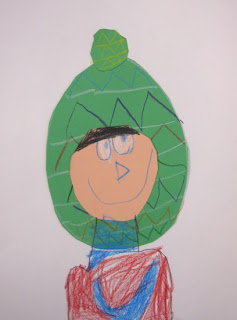 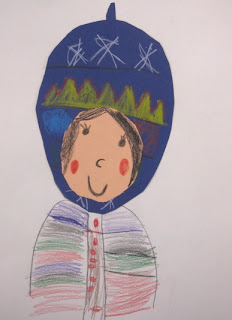