So, a lot  5th graders  have needed part of a second period to work on their skateboards. The first few classes I tried doing a mini art lesson after they finished, but today I tried another writing exercise that was inspired by New City Arts.

My 5th graders complete exit slips with every project and they did with this one too, but I also added a descriptive/creative writing exercise for the remaining time we had today (about 40 minutes).

Everyone had a lined sheet of paper next to their finished project and all the kids at their table rotated through and wrote 3 words about everyone else's skateboards. When they were done with their 3 words on a board, they covered the words so the next person could not see.

When they returned to their own board they could then look at what kids had written and shred some of the comments with kids at their table. After that, they circled one word per line that they thought would sound good together and in a freeform poem.

They then wrote out their poem below. It was a lot of fun and I thought it was an interesting way for students to use art vocabulary as well as other adjectives, adverbs, and identifiers.

Students that wanted to share their poem with the whole class could do so at the end of class. I modeled pausing between lines and snapping instead of clapping;)

I'll definitely do it again with different types of projects and a couple different grade levels. 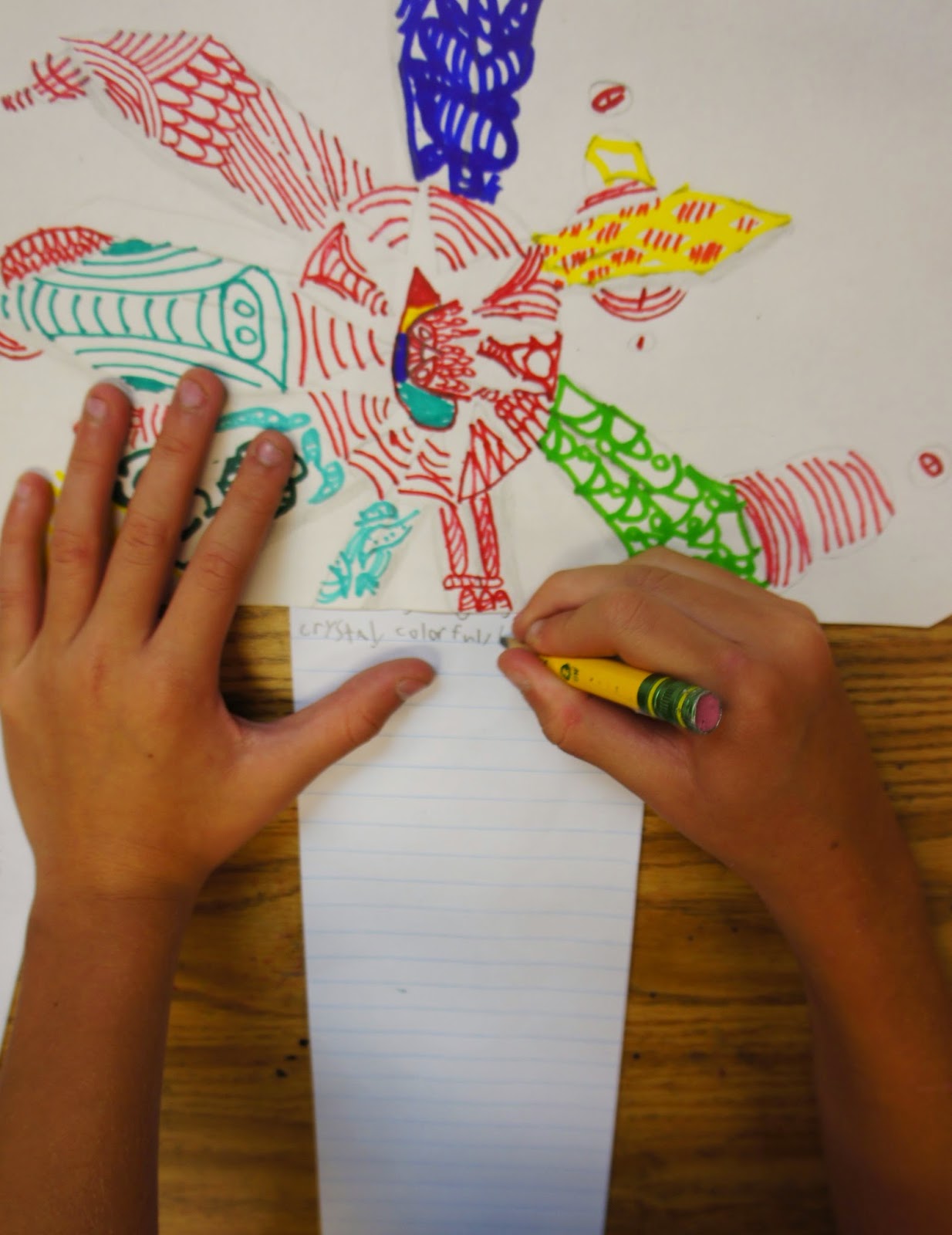 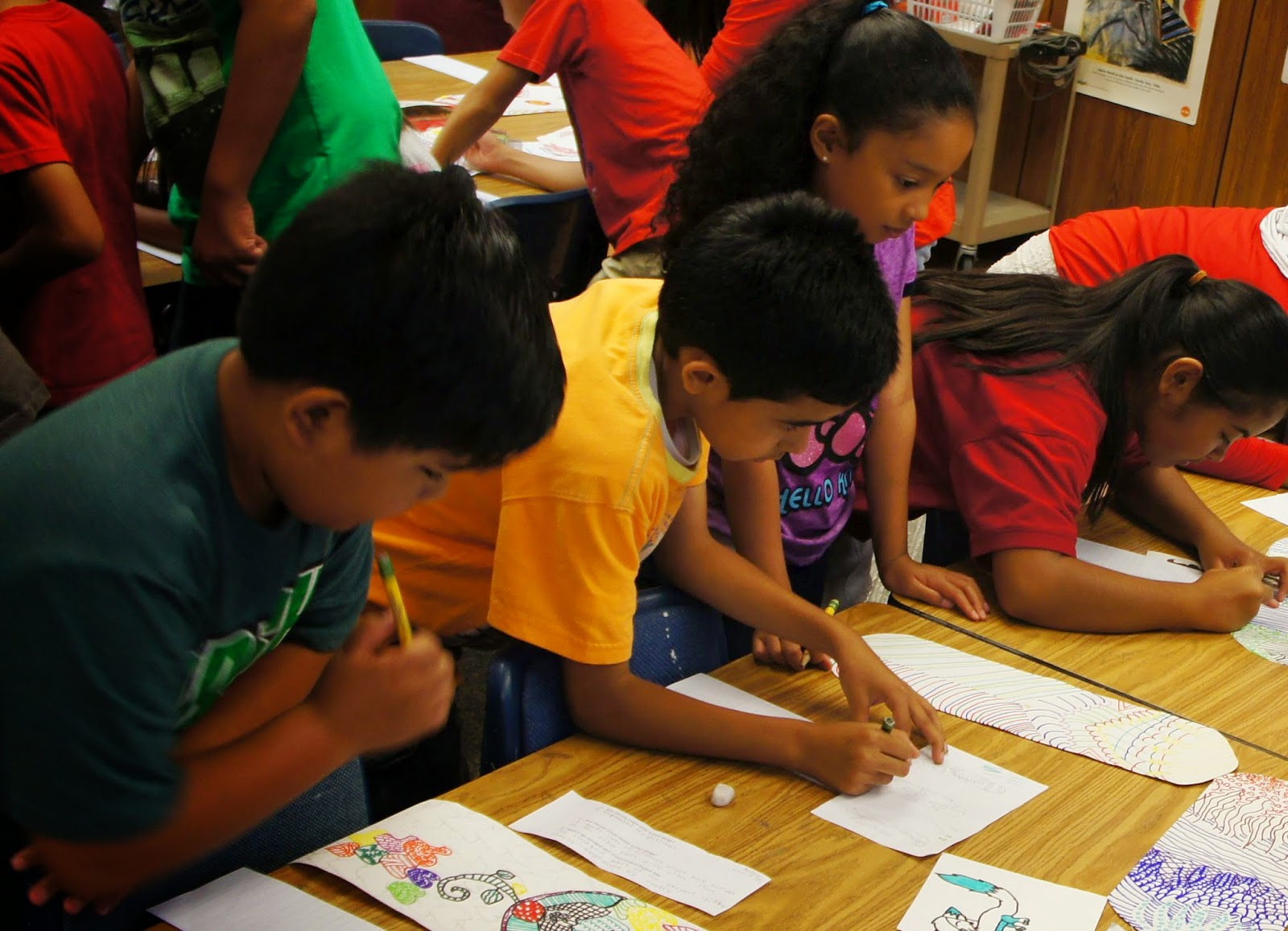 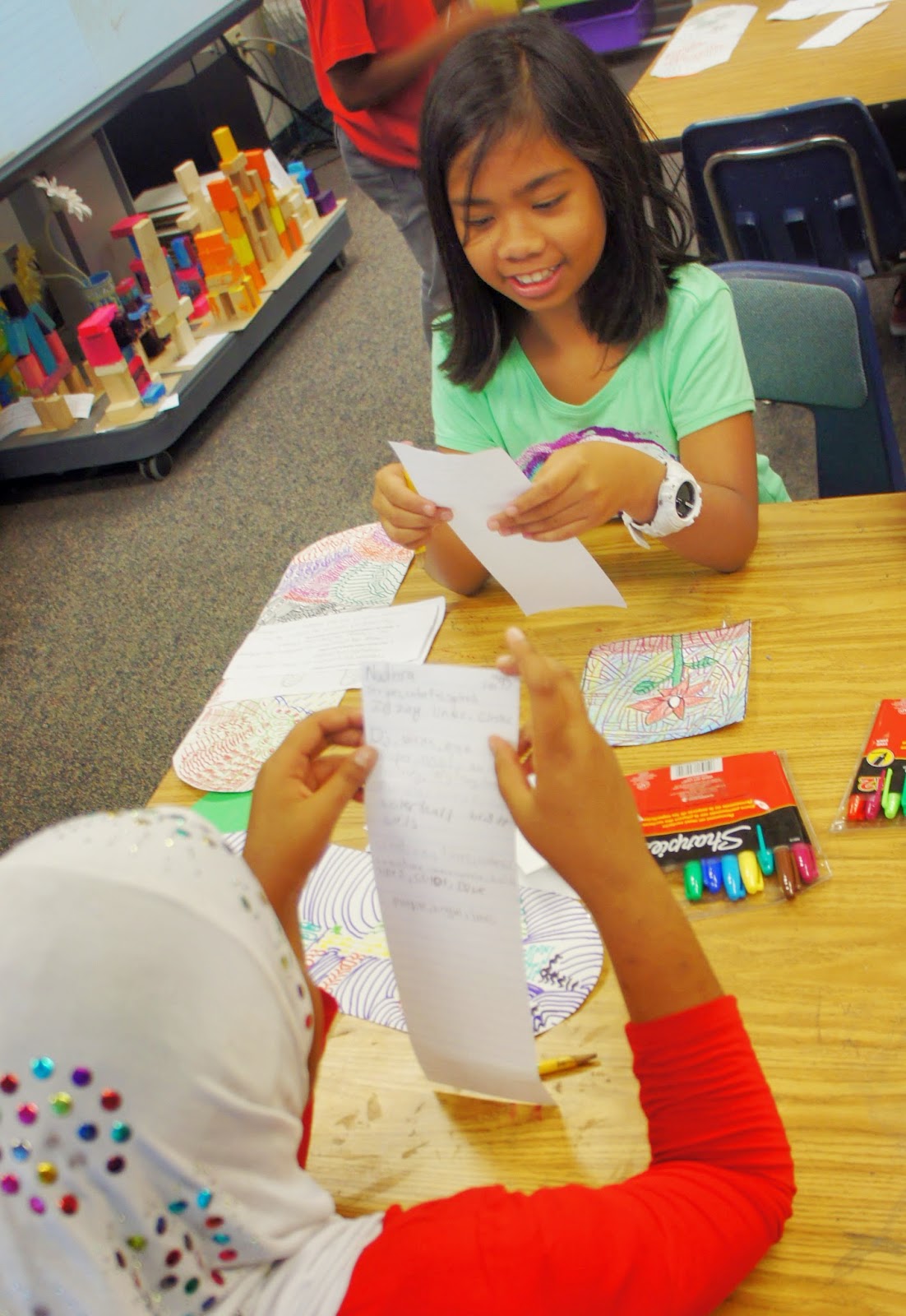 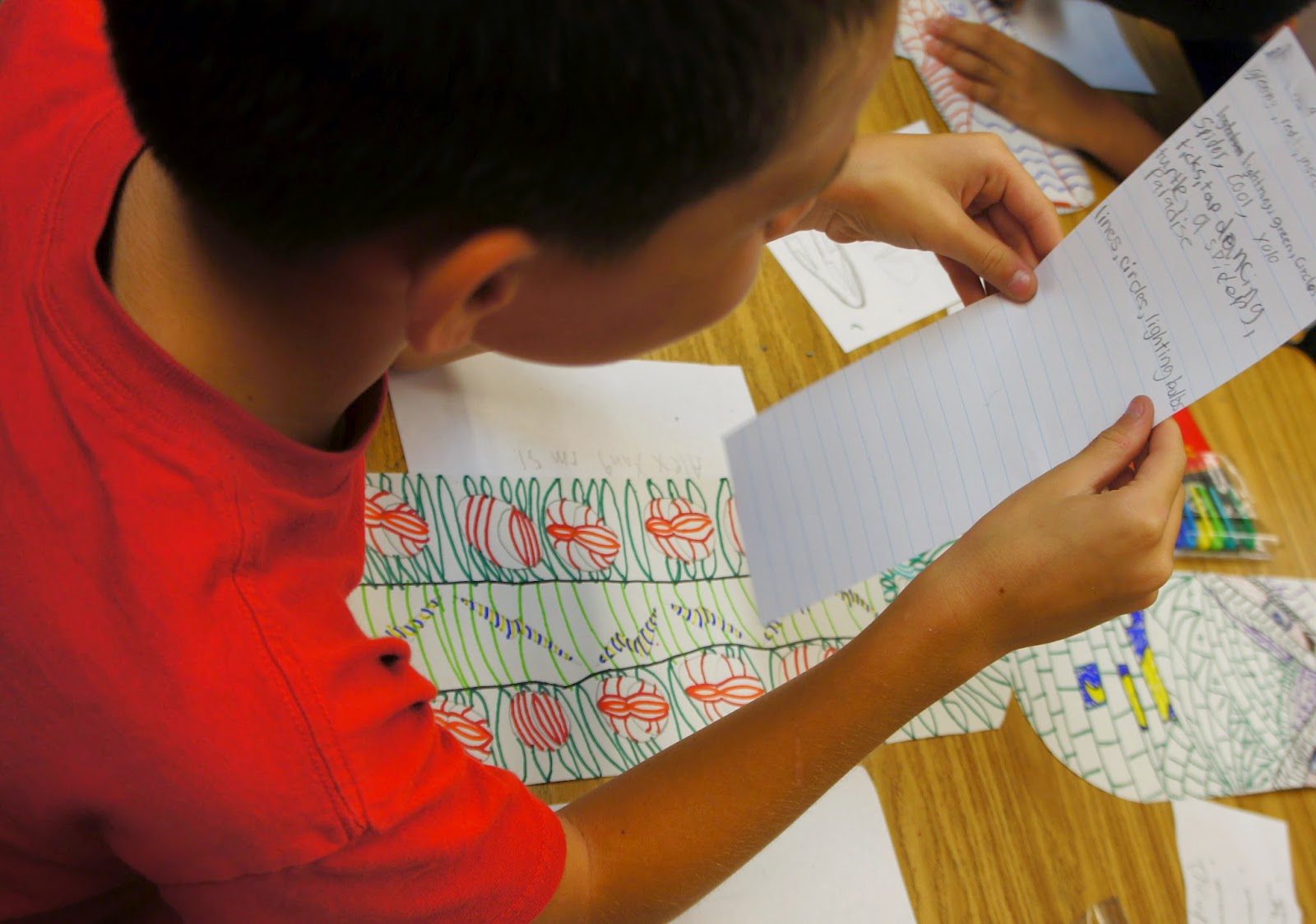 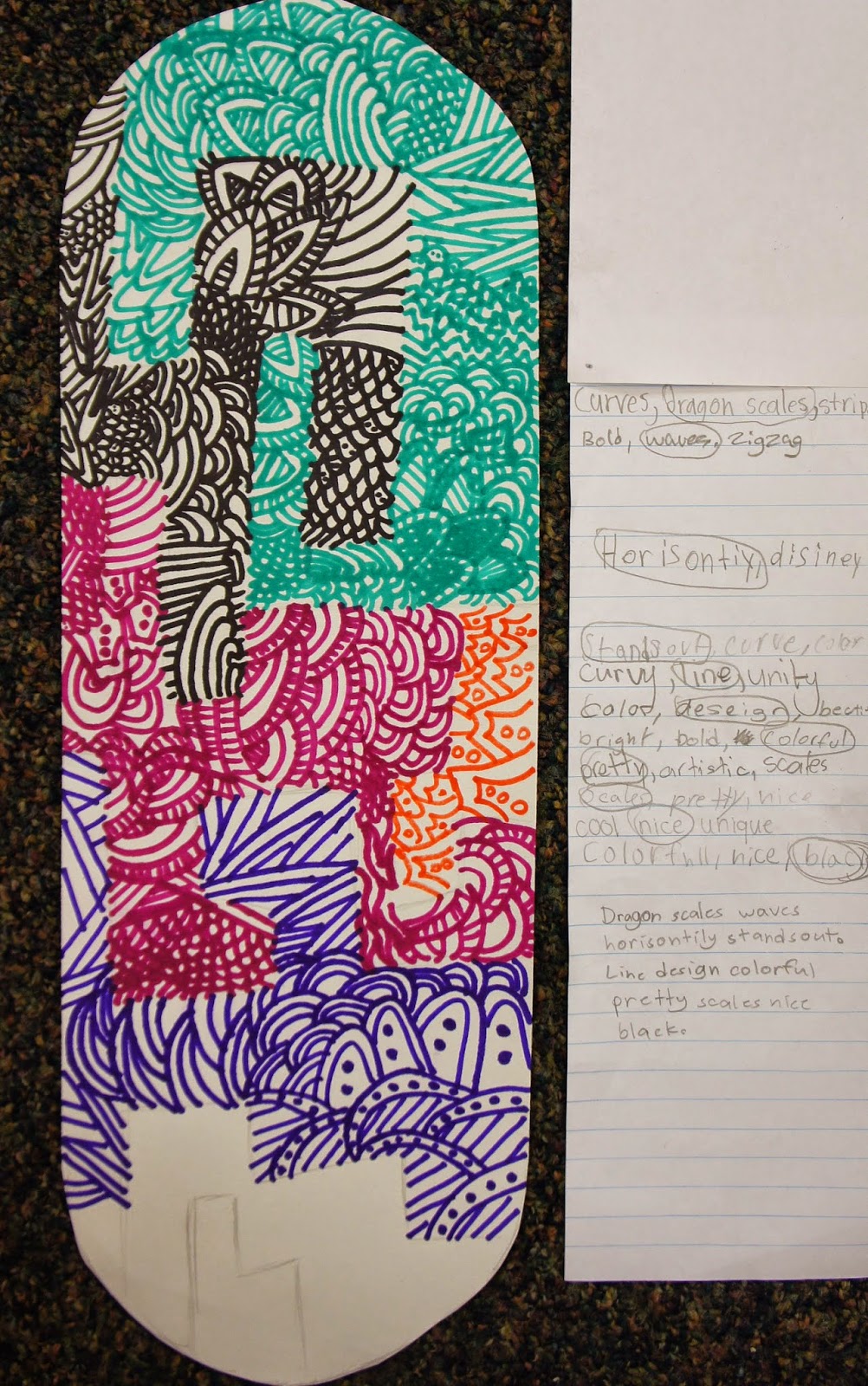 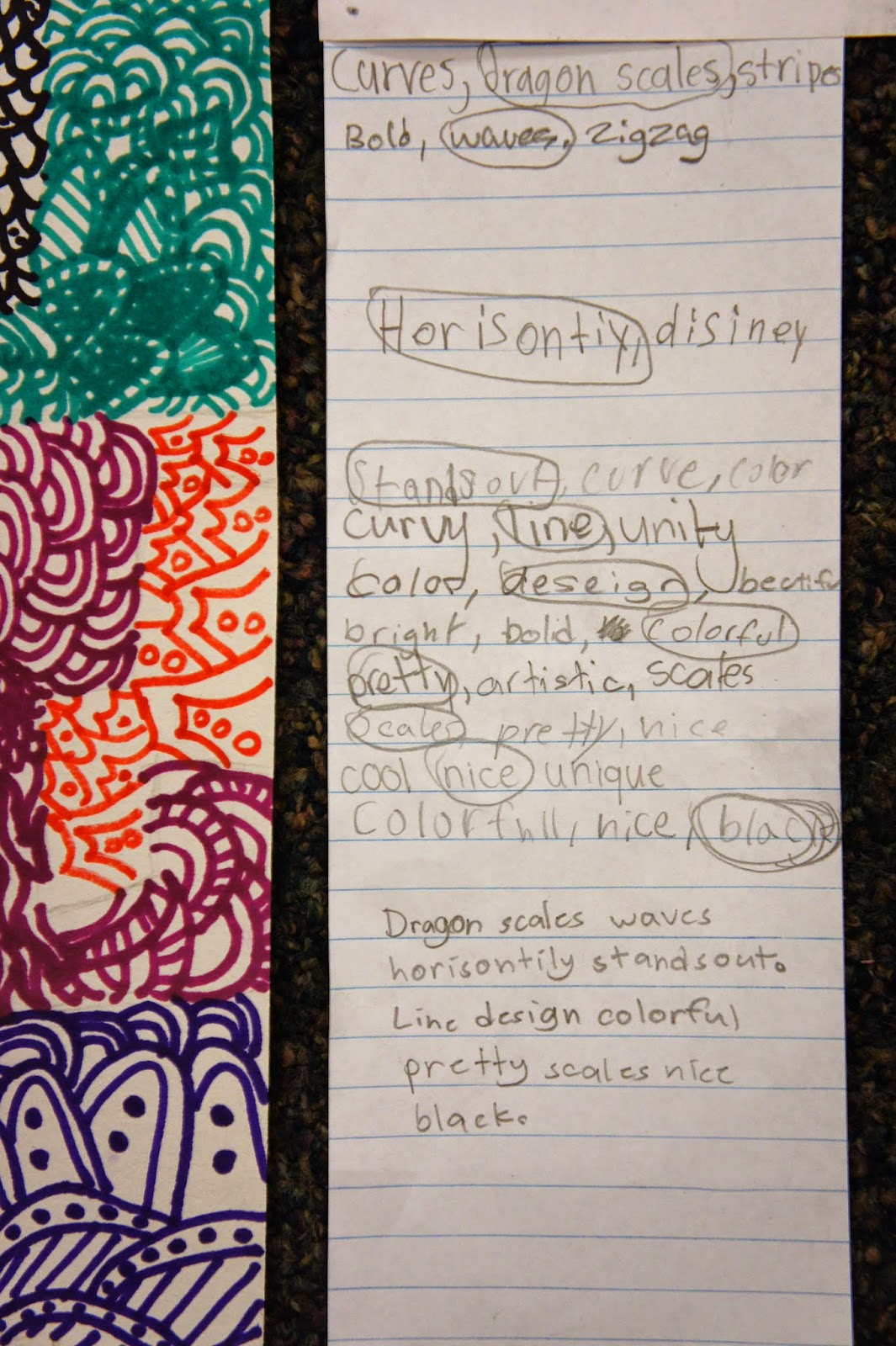 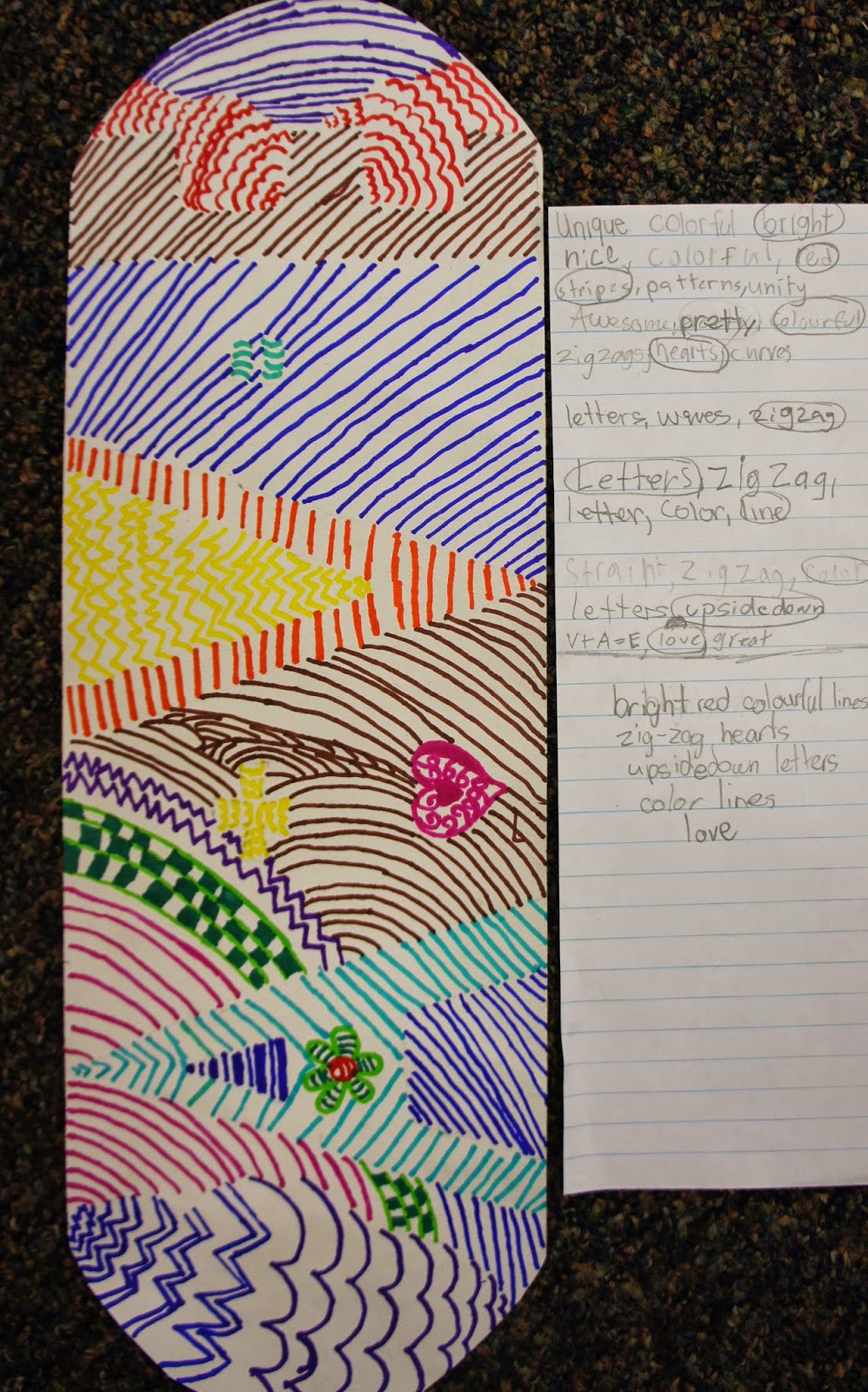 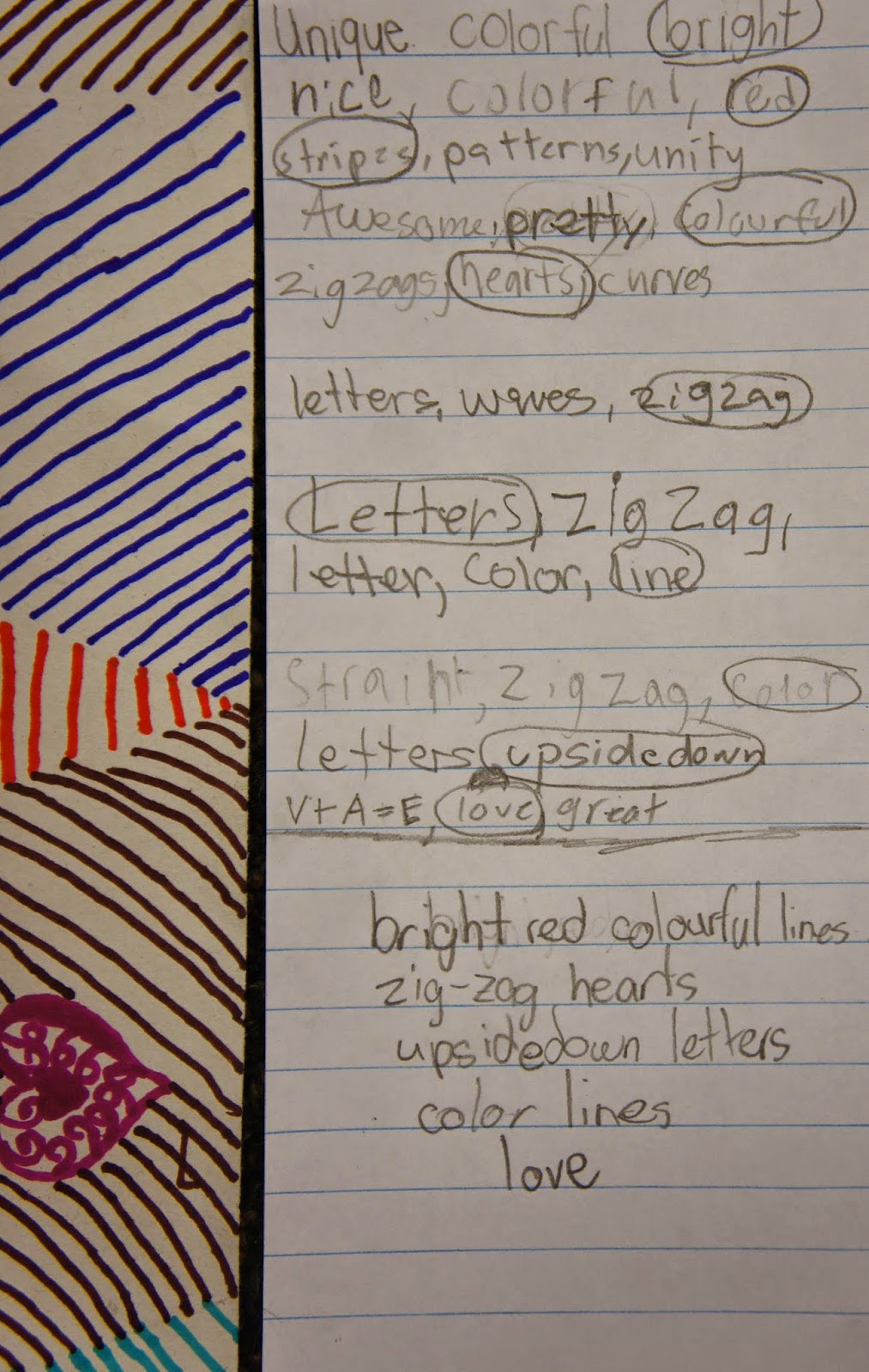 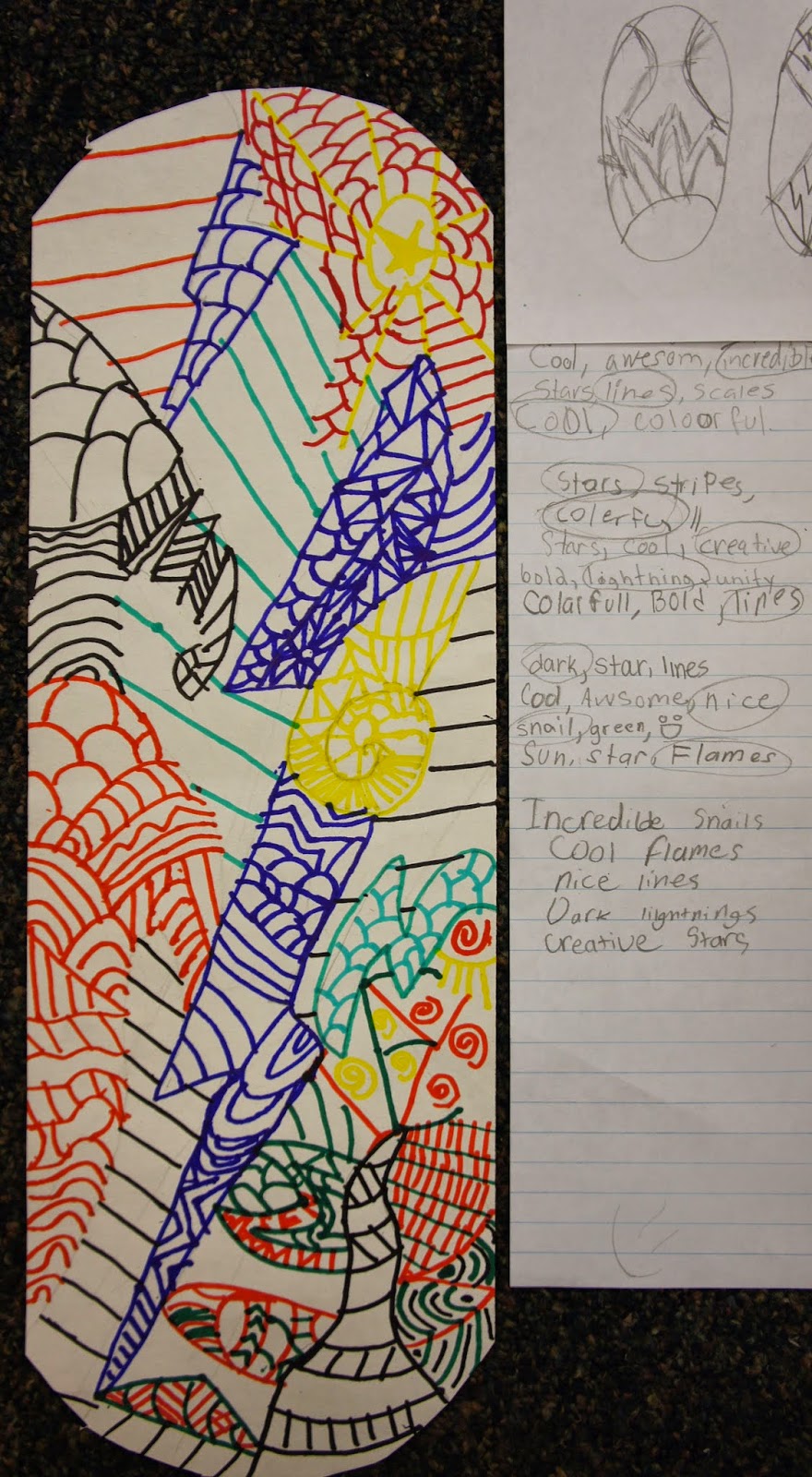 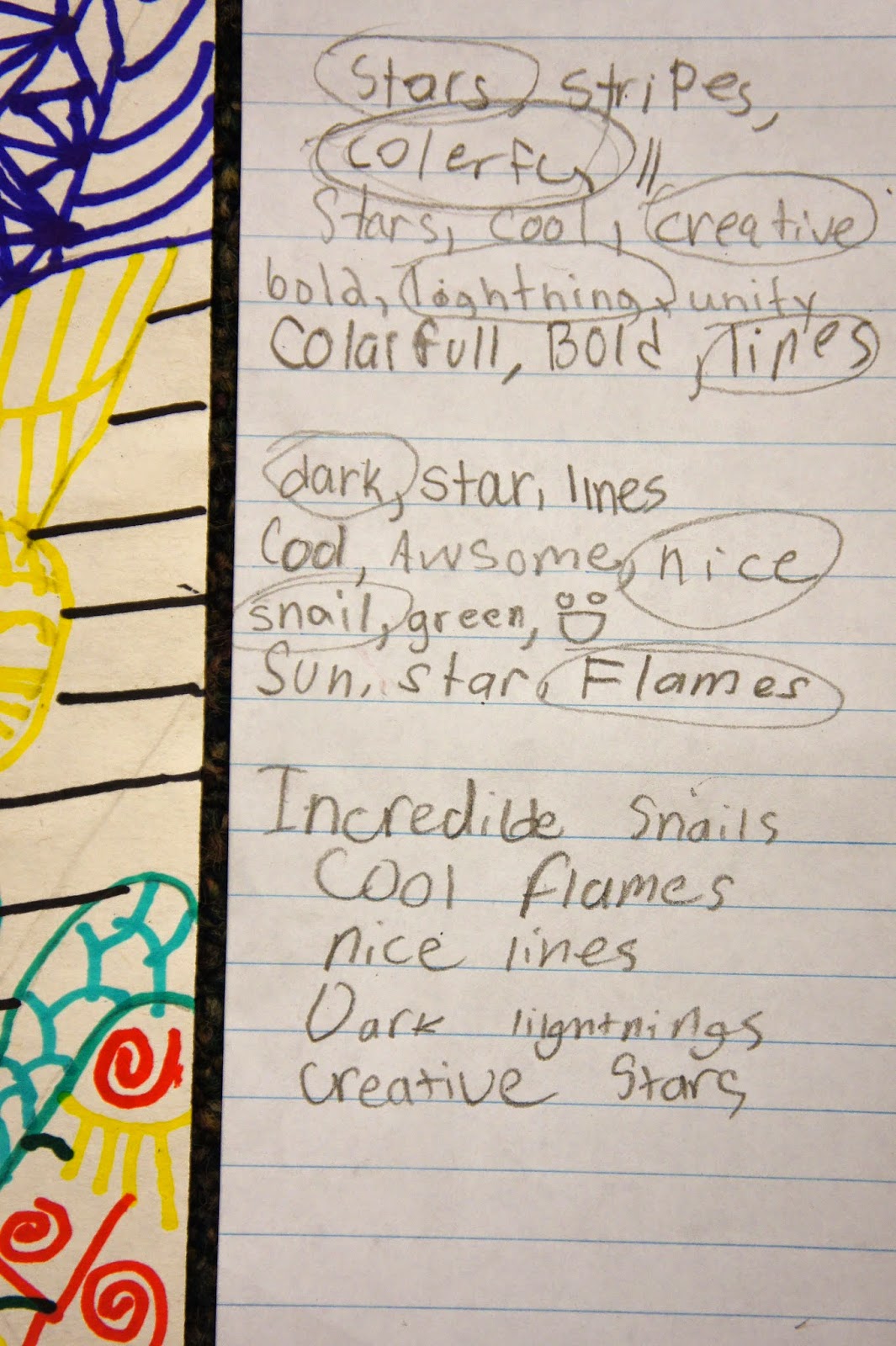